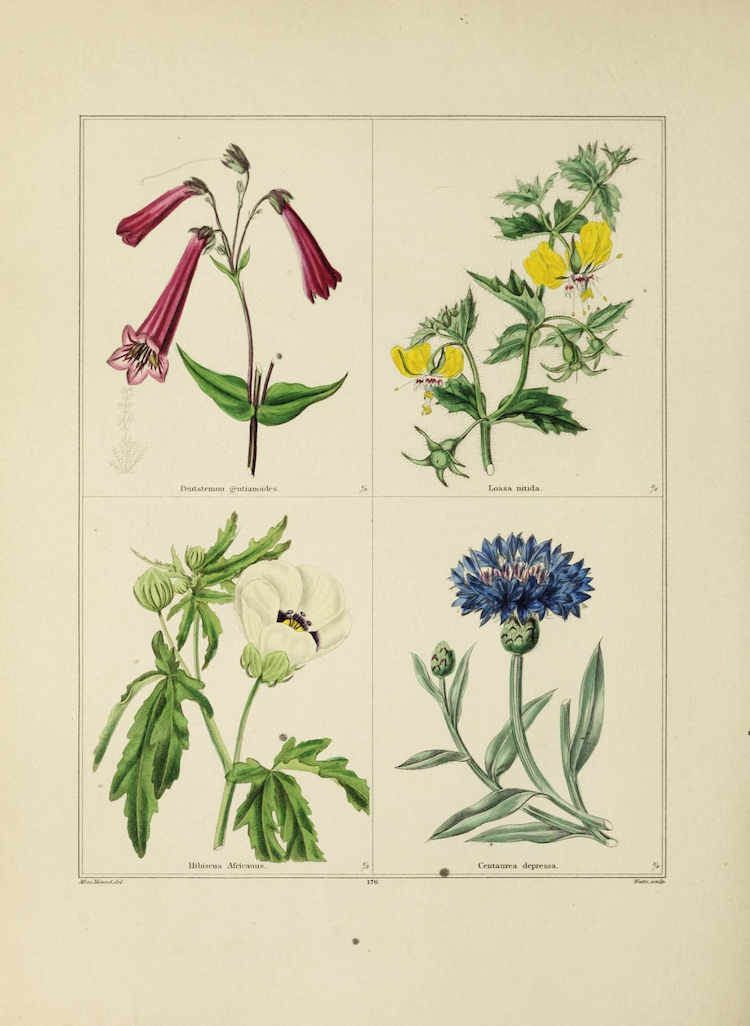 Prior to the invention of photography, botanical illustration was the only way of visually recording the world’s many species of plant life. Today, science books are full of highly detailed photographs—often taken with a macro lens or even a microscope—allowing us to discover the fascinating forms of flora and fauna. However, before these advances in technology, it was artists and illustrators who were depended on to share the beauty of botany with the world. The job requires great artistic skill, attention to fine detail, and technical horticultural knowledge.

In the past, illustrations of plant life were used by physicians, pharmacists, botanical scientists, and gardeners for identification, analysis, and classification. While these works are not as relevant to researchers today, they have become an inspiration for artists who are paying homage to plant life in contemporary ways.

What is botanical illustration?

Botanical illustration is the art of depicting the form, color, and details of plant life. The practice can be traced back to sometime between 50 and 70 CE when an illustrated book titled De Materia Medica was created by Greek botanist Pedanius Dioscorides to help readers identify plant species for medicinal purposes. The eighteenth century saw many advances in the printing processes, allowing colors and details of drawings to appear even more accurate on paper. As interest in botanical publications increased, the role of botanical illustrator came to be considered a respected profession. 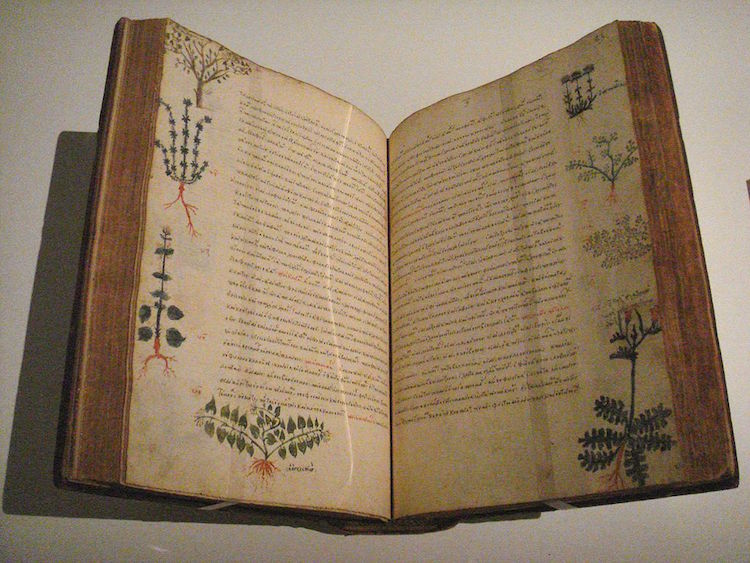 Famous Botanical Artists of the Past

There are many artists and illustrators from around the world who made significant contributions to scientific publications on plant life. Read on to discover some of the most famous ones throughout history. 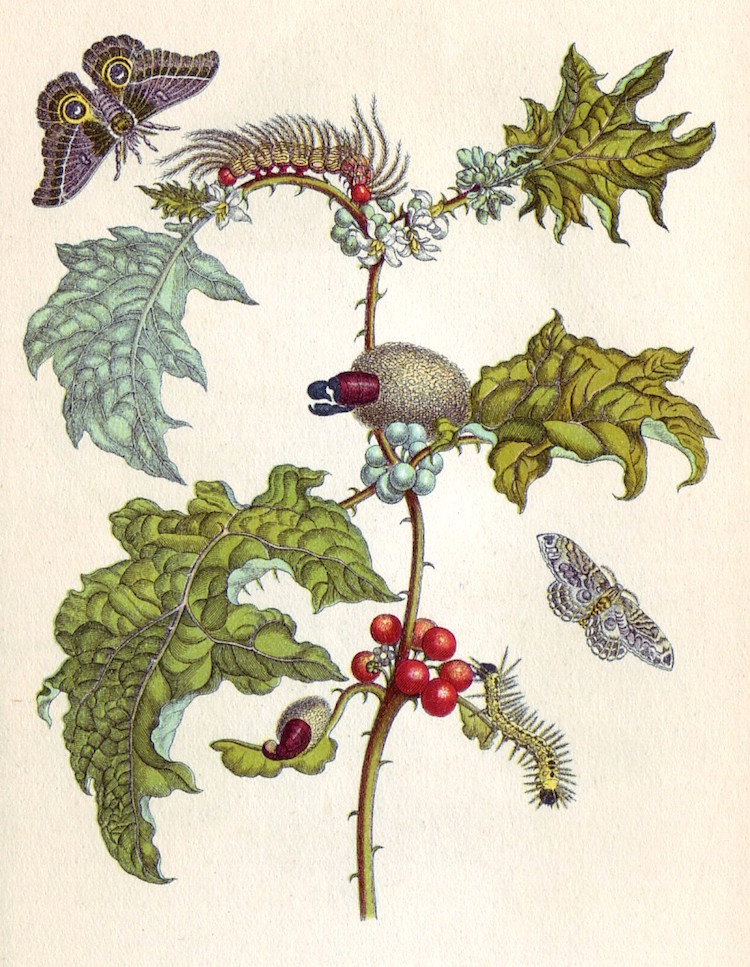 Regarded as one of the greatest ever botanical artists, German artist Maria Sibylla Merian created stunning natural history paintings in her own distinct style. She’s best known for illustrating the life cycle of an insect against the background of its host plant. 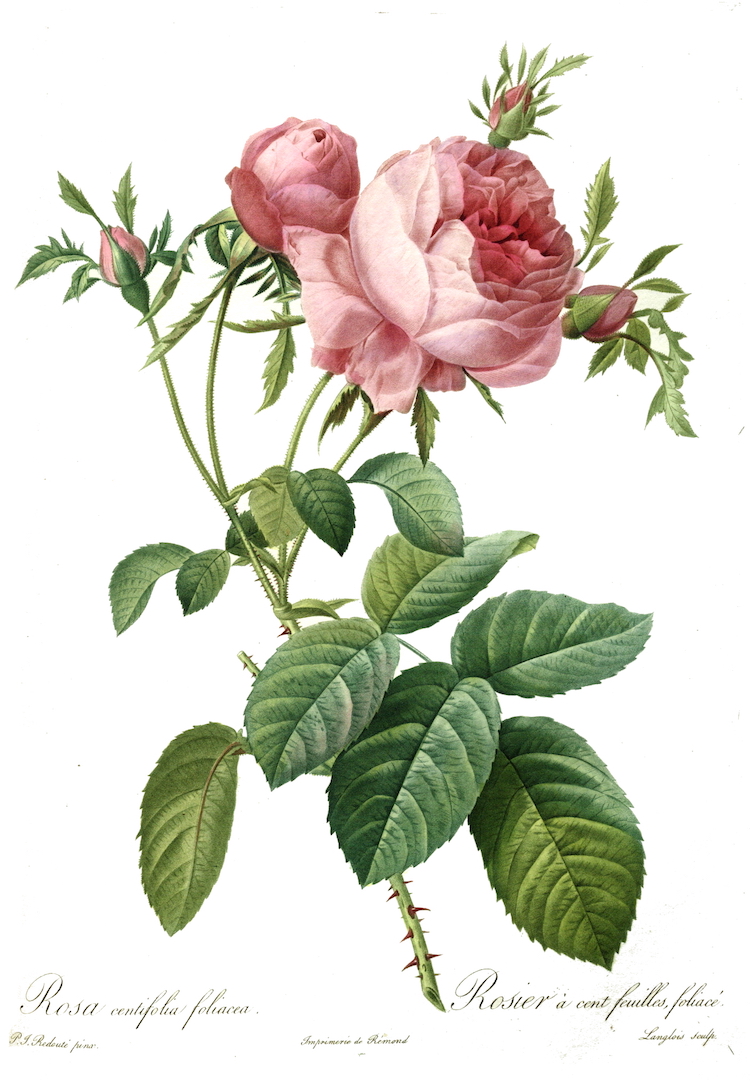 Employed as a royal flower painter by both Marie Antoinette (the last Queen of France) and the Empress Josephine Bonaparte, French artist Pierre-Joseph Redouté is renowned for his paintings of roses, lilies, and other flowers—many of which remain popular today. 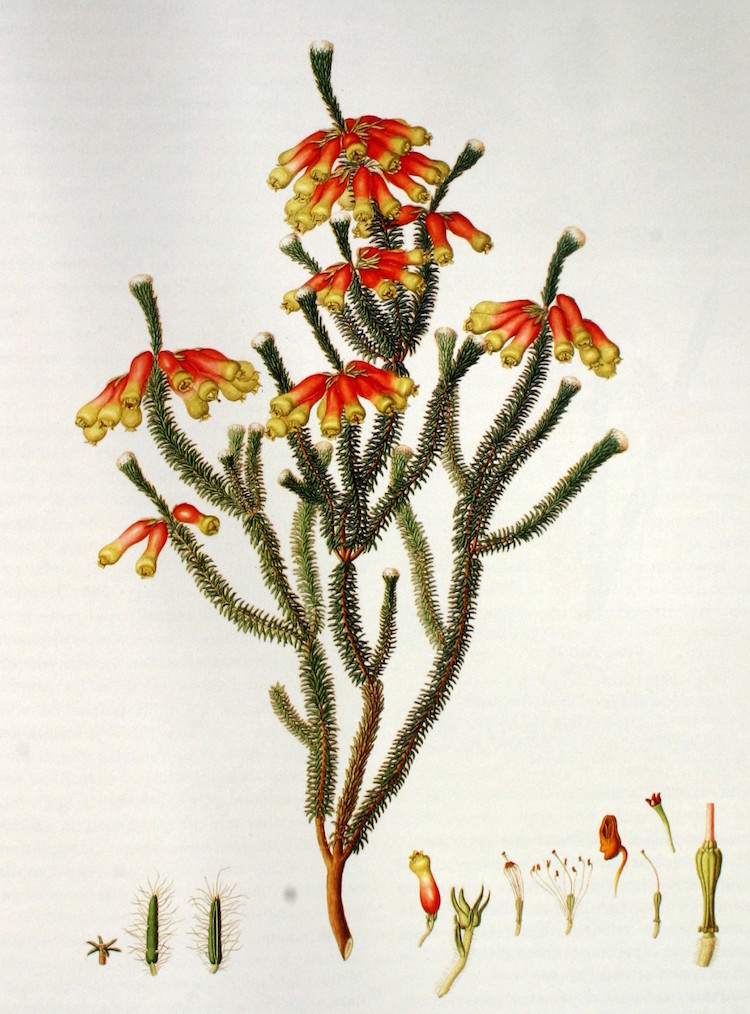 Franz and Ferdinand Bauer both made an enormous contribution to the “golden century” of natural history illustration between 1750 and 1850.

Franz worked at the Royal Botanic Gardens at Kew for over 50 years and was later employed as “Botanick Painter to his Majesty.” He drew all the new flowering plants at Kew and specialized in painting orchids. His brother Ferdinand traveled with botanists and explorers to map and record the natural flora and fauna of Greece and Australia. 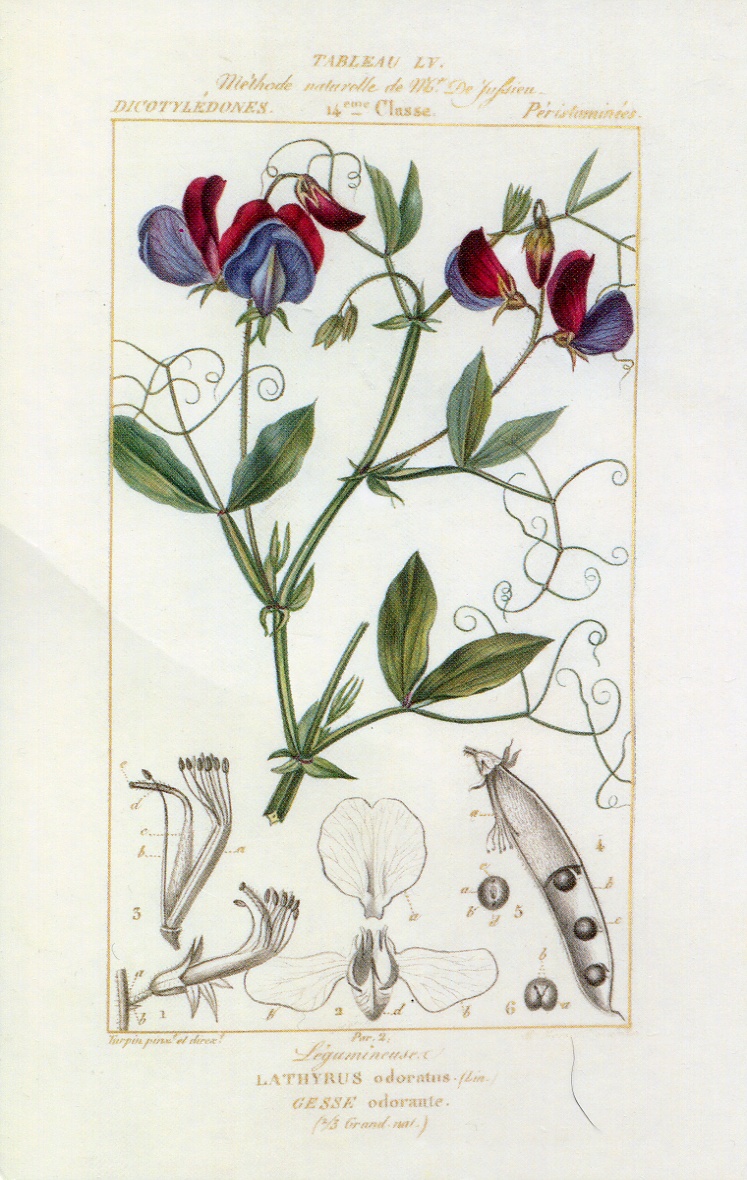 Frenchman Pierre Jean François Turpin was a self-taught artist from the Napoleonic era who is considered to be one of the greatest botanical illustrators. Both a botanist and a masterful watercolorist, the plant genus Turpinia is named in honor of his creative legacy. 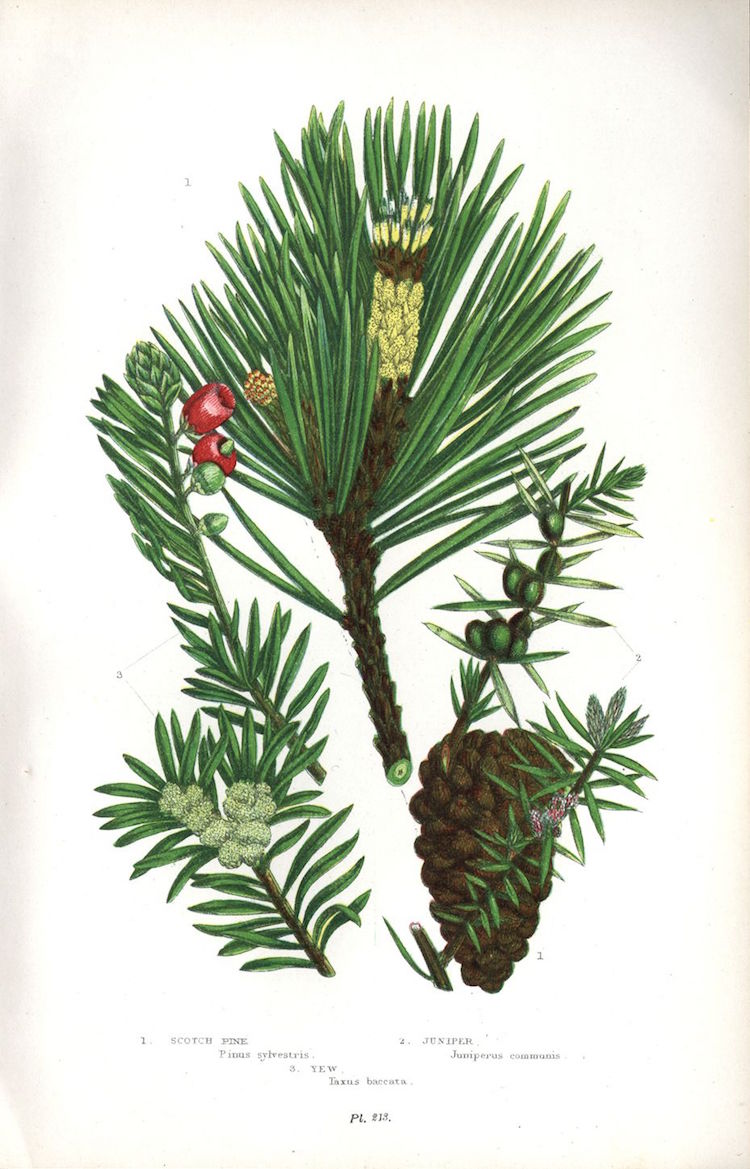 Anne Pratt is one of the best-known English botanical illustrators of the Victorian age. She contributed to the popularization of botany by writing and illustrating more than 20 books. 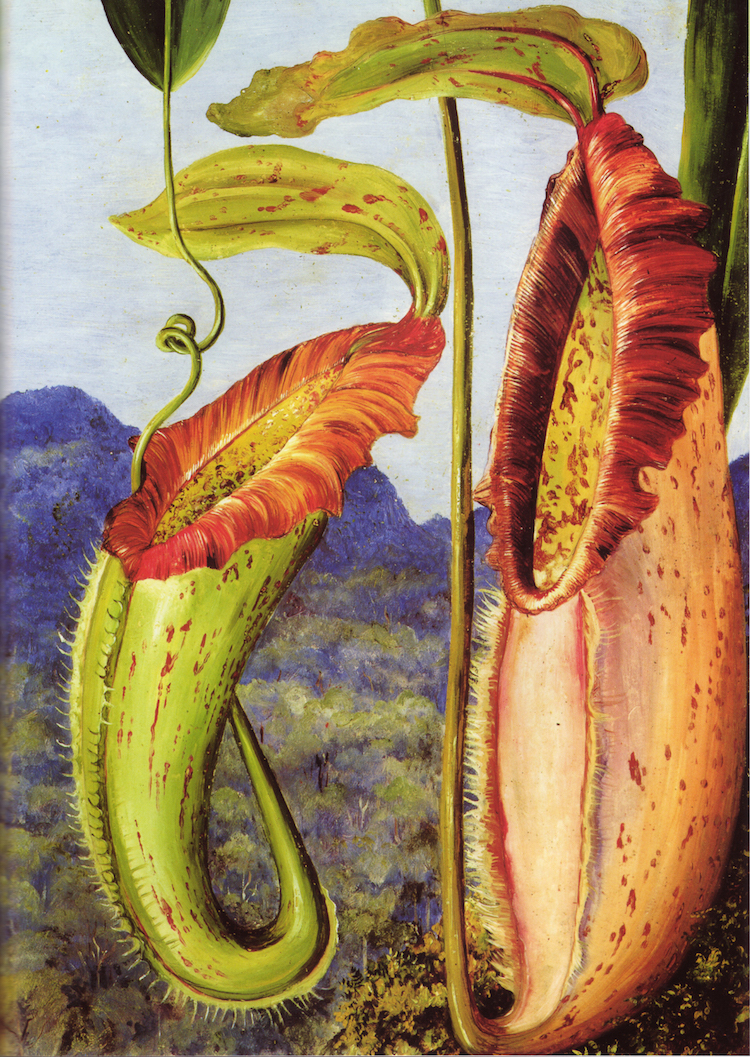 Self-taught British artist Marianne North traveled the world painting plants and flowers. She produced 833 paintings from 17 countries in 14 years, depicting more than 900 species of plants. Her paintings are now housed in the Marianne North Gallery at Kew Gardens, London. 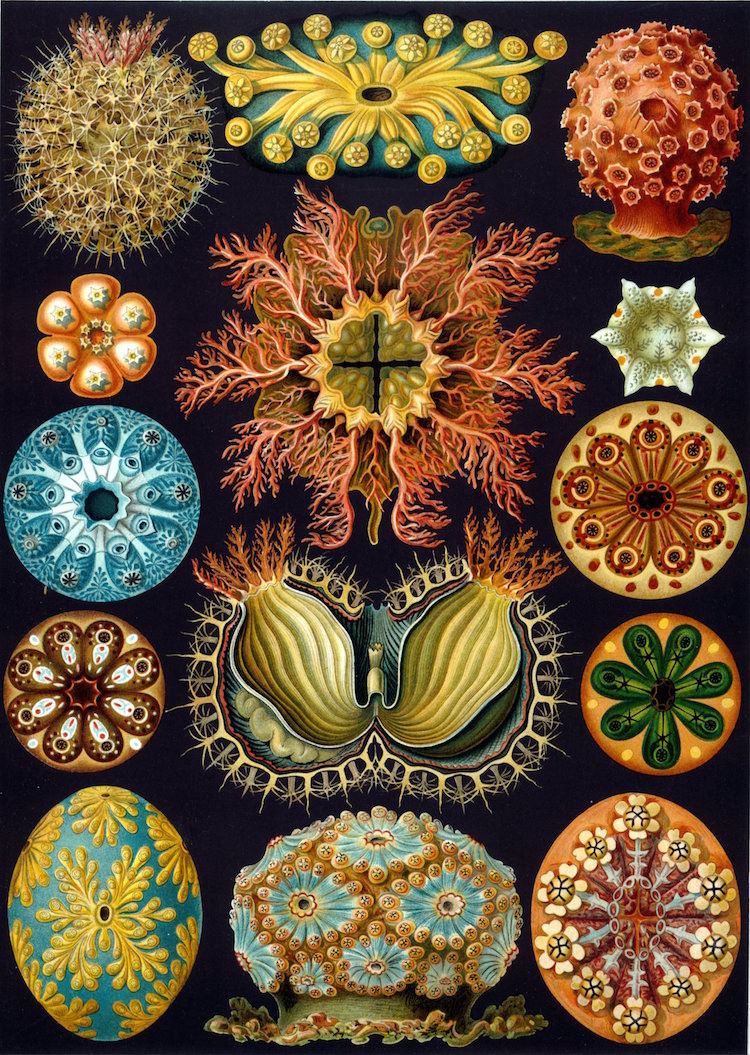 Born in Germany in 1834, Ernst Haeckel spent his life researching flora and fauna “from the highest mountaintops to the deepest ocean.” A biologist, naturalist, philosopher, and artist, his incredible drawings helped to educate the world about microscopic organisms that were previously unseen. His work has left a lasting legacy both in the scientific and artistic worlds and have even inspired the work of artists today.

While traditional illustrations of the past were usually rendered with paint on paper, today’s contemporary botanical art comes in a variety of styles and mediums.

Self-taught artist Tiffany Bozic’s incredible illustrations are inspired by her “travels to wild places” and her exposure to various research specimens at the California Academy of Sciences in San Francisco. Rendered with watered-down layers of acrylic paint on panels of maple wood, each anatomically correct plant, flower, animal, and insect is painted with precise detail—just like vintage botanical illustrations in old science books. However, Bozic often adds her own surreal twist, depicting her earthly subjects as if they’re from another reality.

Artist Kate Kato crafts detailed paper sculptures based on various mushrooms, flowers, and insects found within the Welsh valley of her hometown. Influenced by her childhood fascination with botanical illustrations, Kato creates each work to accurately reflect the natural ephemera’s true forms. Each work is made from recycled paper that the artist tints with natural dyes.

“I have always been fascinated by the natural world; a love instilled in me at a young age, and documenting what I discover has become my main motivation for creating my work,” Kato reveals in an artist statement. “As a child I spent a lot of time collecting bits and pieces in tins or boxes which I would take with me on walks through parks or countryside. This has had a huge influence on my work along with my love of botanical illustrations, the natural sciences and the nostalgia of museum visits where, as a child, I would be mesmerized by the variety of exhibits and the way they were displayed. I tend to view my work as a 3D record of my knowledge and experiences of the natural world.”

London-based artist Zadok Ben-David created an incredible, touring floor installation made up of up to 27,000 hand-painted steel etched flowers based on drawings from 19th Century Victorian encyclopedias. Titled Blackfield, the sprawling array of plant life appeared as black on one side, but when stood from the other side, a vibrant field of color was revealed. The project explored perception and perspective, and as well as life and death.

Just like the work of 19th-century biologist Ernst Haeckel, Rogan Brown’s work explores the intricate forms found in microorganisms. The Anglo-Irish artist’s series, Magic Circle, comprises hand- and laser-cut paper sculptures that capture the texture and patterns found in coral, bacteria, and microbes. Each elaborate bio-sculpture requires hours of precise cutting and layering of paper, resulting in a fascinating labyrinth of hypnotic white shapes. Although influenced by scientific drawings, Brown chooses to play with the imagination, creating his own versions of each natural form.

“I am inspired in part by the tradition of scientific drawing and model making, and particularly the work of artist-scientists such as Ernst Haeckel,” Brown says. “But although my approach involves careful observation and detailed ‘scientific' preparatory drawings, these are always superseded by the work of the imagination; everything has to be refracted through the prism of the imagination, estranged and in some way transformed.”

British glass artist Laura Hart explores the exotic beauty of orchids with her incredibly realistic botanical sculptures. Each perfectly crafted form depicts the flower’s delicate petals, near-perfect symmetry, and vibrant colors and patterns. “My fascination with orchids spans decades and at one point I had nearly seventy in my conservatory,” Hart reveals. “The explosion of color and perfume during the flowering months intoxicate the senses.”

Each piece is scaled up to around 30cm, but still features true-to-form shapes and colors based around the different 28,000 known species of orchid. Hart says, “I endeavor to recreate these incredible flowers as faithfully and authentically as possible, whilst imbuing them with my own artistic interpretation.”