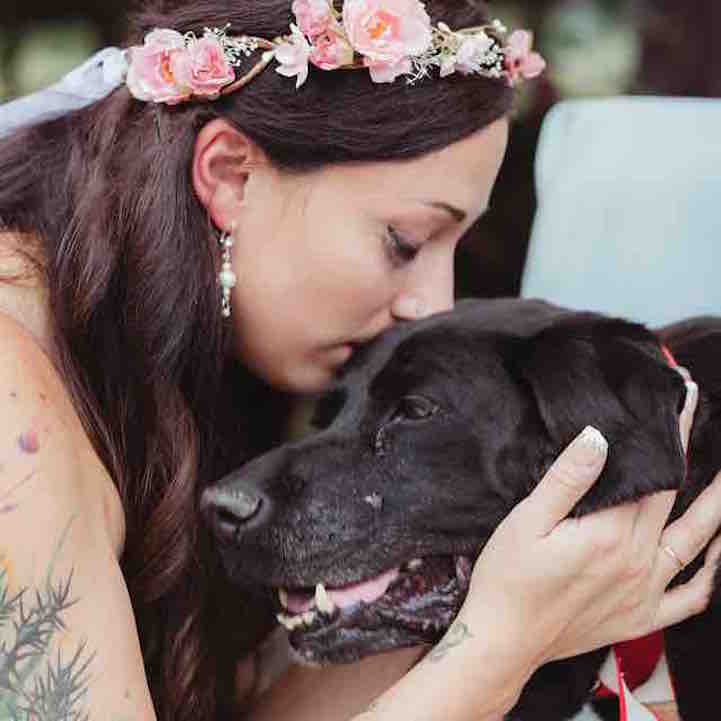 Dogs can sense when you need them the most. At least Charlie Bear, a 15-year-old black lab mix battling a brain tumor, could. He hung on to life long enough to see his human get married. The bride, Kelly O'Connell, describes her beloved dog as her best friend. They met when the pup was 12 months old. O'Connell had been training as a veterinarian and working at her local animal shelter when Charlie Bear was brought in after being found abandoned in a grocery store shopping cart. She tells Buzzfeed she had no intention on keeping a dog. “I was 19, still living with my parents and going to college. [Then] he came in, and I was like, ‘Yup. I’m taking this puppy home.' “

Charlie Bear and O'Connell made a life together, moving from New York to Colorado. In 2010, O'Connell fell in love with fellow veterinarian James Garvin, and soon she and Charlie Bear moved in with Garvin and his two sons. “We were one big happy family,” she says.

Then, while out on a walk last April, Charlie Bear suffered from a major seizure caused by a tumor in his brain. His condition declined rapidly. Garvin and O'Connell had plans to wed in September, and they wanted Charlie Bear to be a part of it. But one week before the wedding, Charlie Bear had five debilitating seizures. O'Connell tells The Washington Post that she had actually made an appointment for someone to put her dog to sleep: “We were just like ‘this is too much, I don’t want to do this for him anymore.' “

Charlie Bear proved to be made of stronger stuff than most. During the week leading up to the wedding, he had no seizures, no trouble walking, and “seemed like a whole new dog” to O'Connell. On the September 1st wedding day, Charlie Bear wore a halo of flowers and rested cheerfully by the altar as O'Connell and Garvin said their vows. 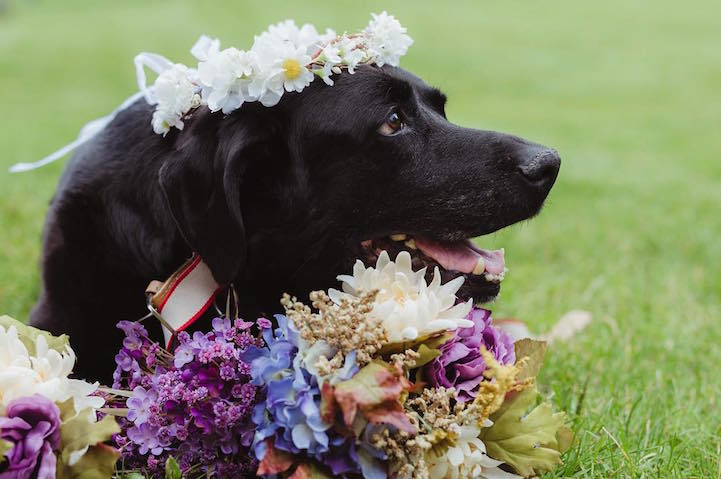 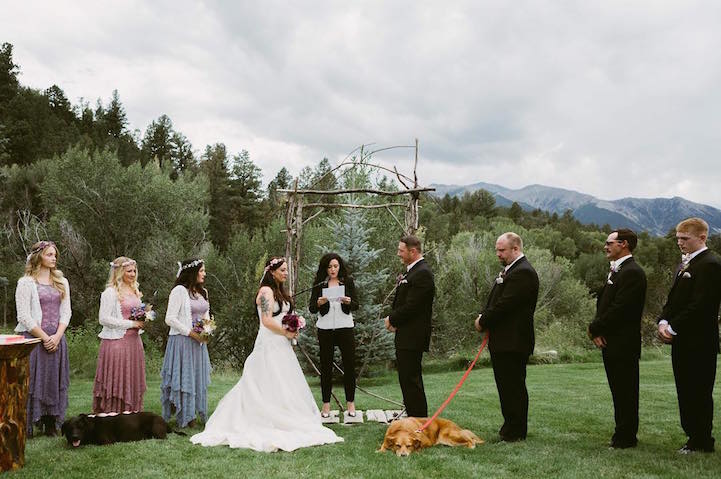 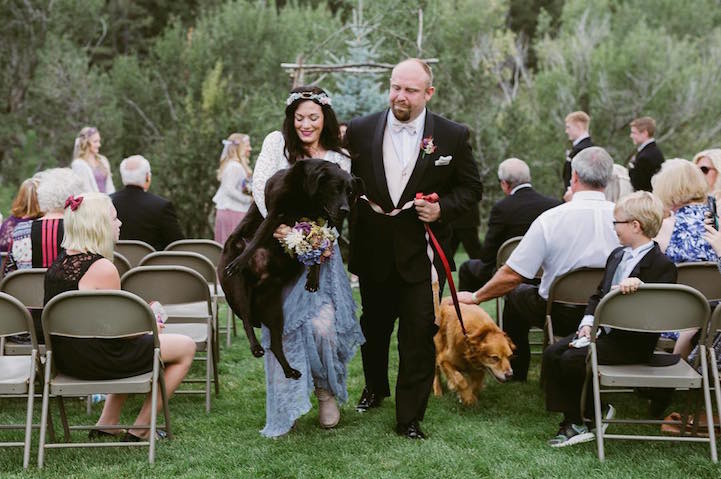 According to wedding photographer, Jennifer Dziuvenis, “there wasn't enough mascara in the world for these moments.” She captured heartbreaking photos of O'Connell in tears at the sight of Charlie Bear struggling to walk down the aisle. Katie Lloyd, O'Connell's sister and the maid of honor, carried the 80-pound dog back down the aisle at the end of the ceremony. O'Connell says later, that she could “see it in his eyes” that these were her dog's final days, but she could also see from the photos that “he wasn’t suffering — he was having the time of his life. His body was failing him, but he was happy.” 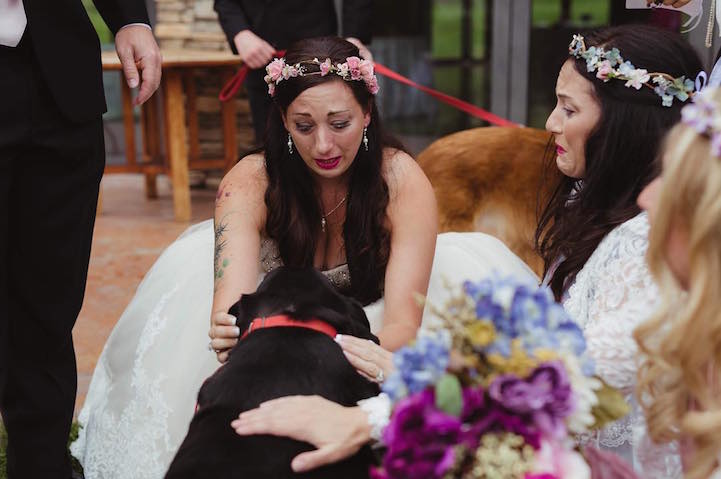 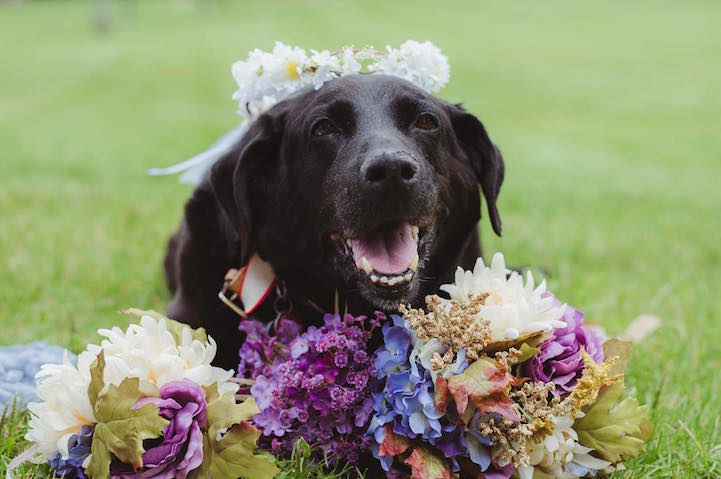 All images via Jennifer Dziuvenis Photography.