Shimmering Mosaic of Earth Made of 1,238 Jewels 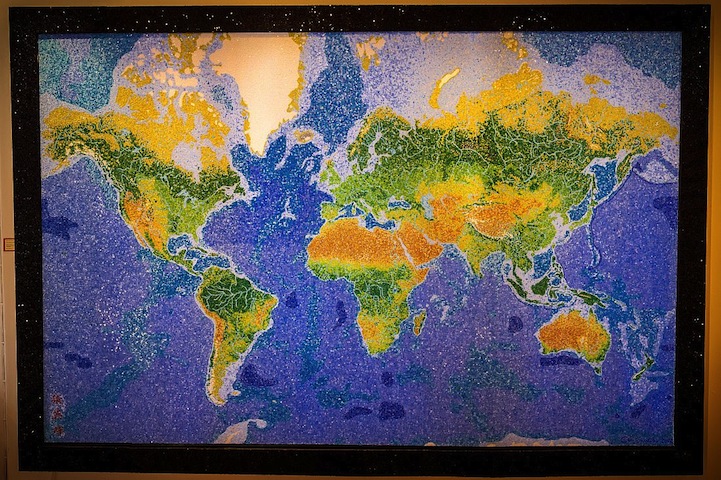 English-Chinese artist Chris Chamberlain took on the ambitious task of creating a large-scale mosaic of Earth made of hundreds of thousands of tiny, twinkling components. The varied shimmering materials include 300,000 hand-cut squares and ambiguous shapes of stained glass; 1,238 jewels totaling 260 carats; over 6,900 internal LED lights; and 80,000 pieces of glass to create the frame, which represents space.

The project, titled Jewel of the Universe, took Chamberlain 3,500 hours to complete over the course of 27 months. The enormous and colorful map presents a glimmering look at these lands as something to be cherished–a treasure in its own right. Constructing the piece out of 12 varieties of gems–amethyst, aquamarine, citrine, diamond, emerald, iolite, peridot, ruby, sapphire, tanzanite, topaz and zircon–the artist took creative liberties to represent only the most globally significant areas of the world.

Rubies and emeralds mark spiritual points like Mecca and Jerusalem while turquoise-colored stones signify the winding paths of great rivers and lakes like the Nile, Mississippi, and Ganges. Also, zircon was used to mark the top cities in the world, including New York, Tokyo, London, and Dubai. As intricate, labor-intensive, and time-consuming as this project has been, the artist says that this is only “the first in a series of works that focuses on the vibrancy, uniqueness and beauty of Earth.” 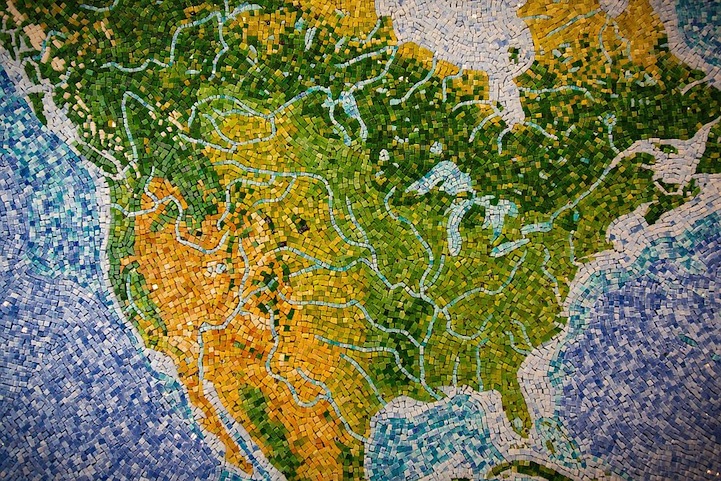 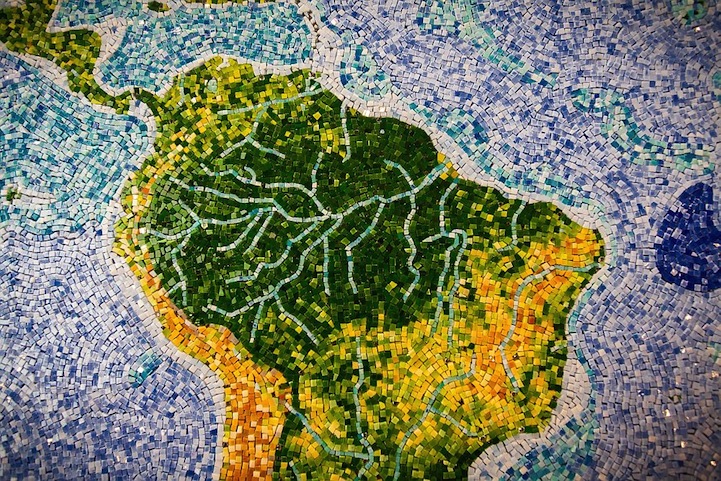 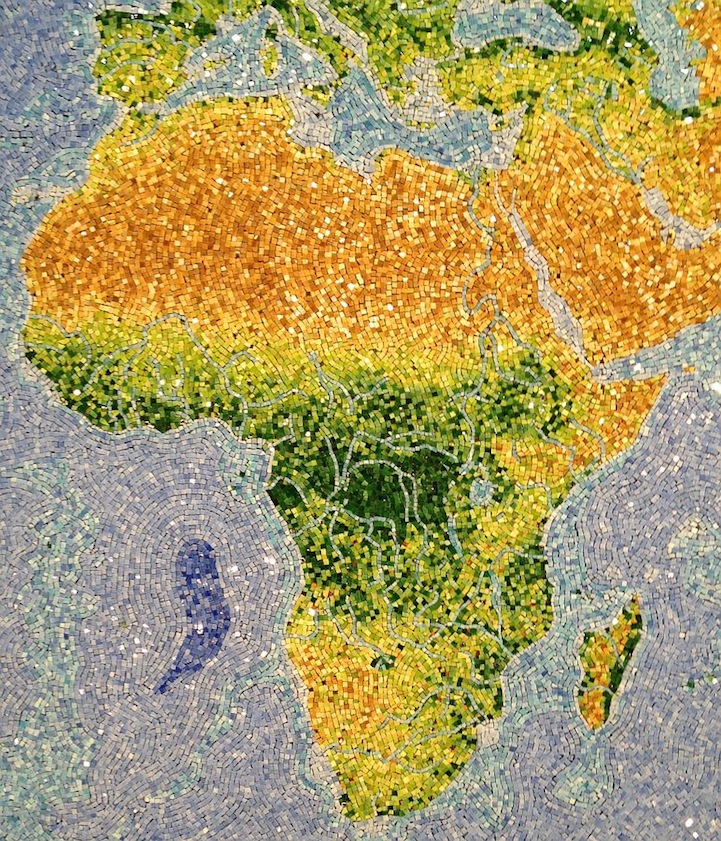 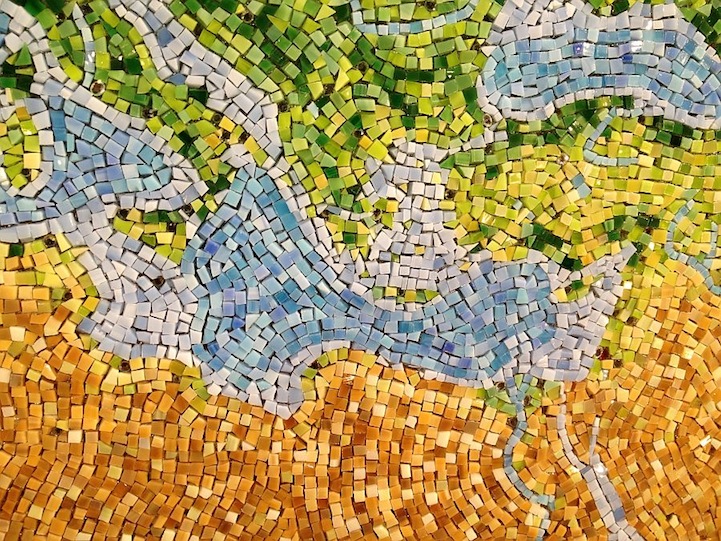 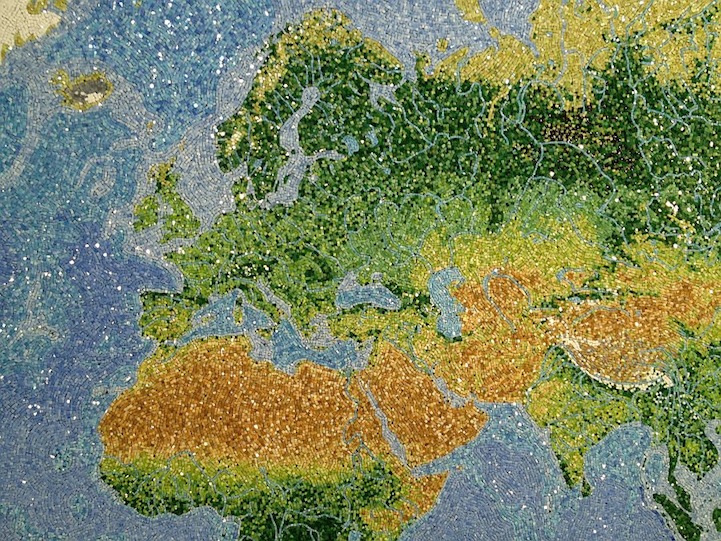 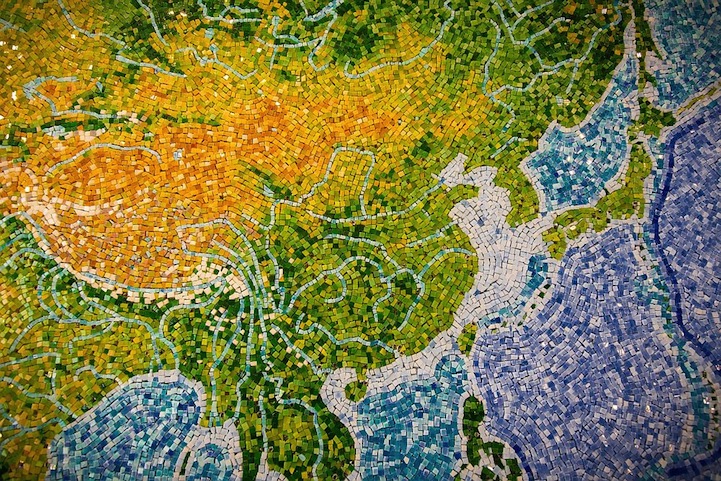 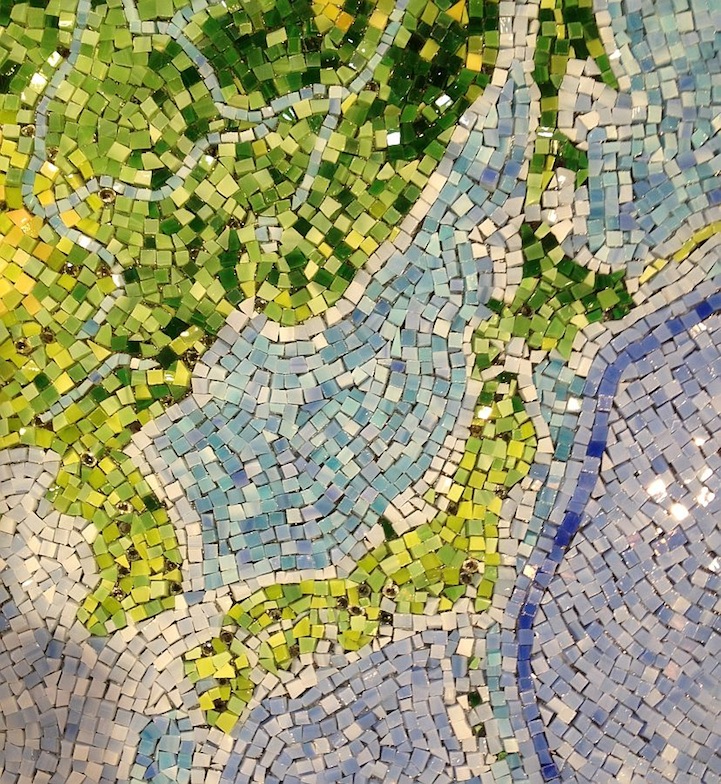 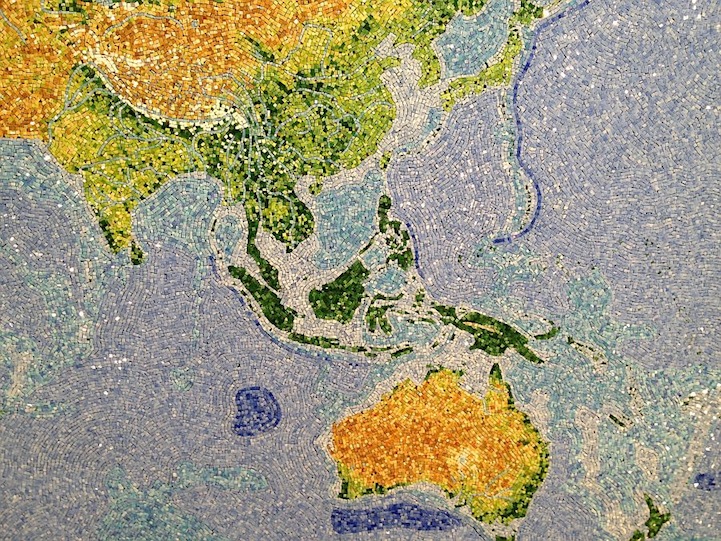 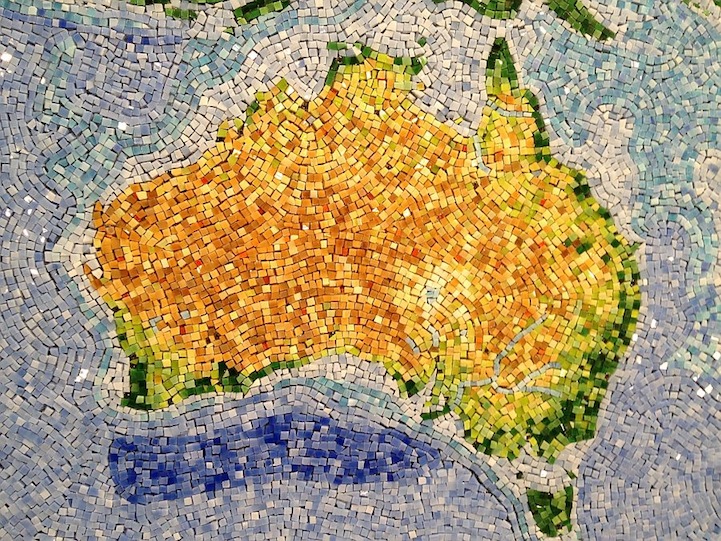 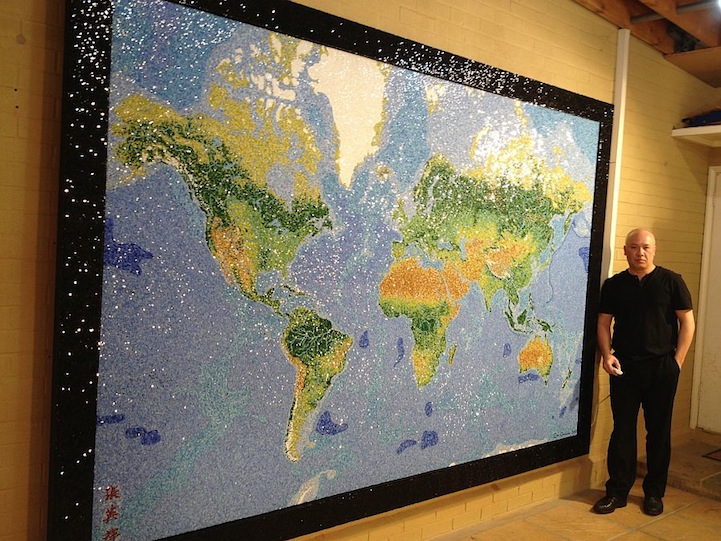