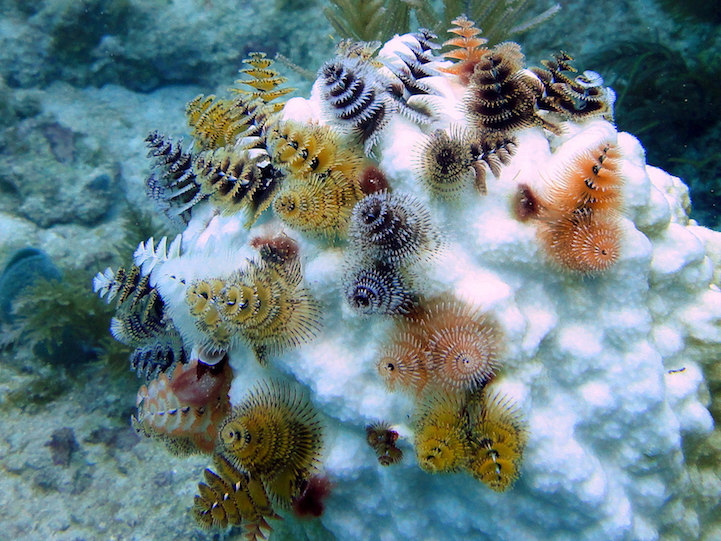 Christmas isn't only being celebrated on dry land, thanks to some fascinating little creatures who provide a festive touch to the underwater world. This species, scientifically known as Spirobranchus giganteus, most often goes by its colloquial name–the Christmas tree worm. Located in tropical regions across the globe, these creatures build calcium carbonate-based structures that protect them from predators on the prowl. When the coast is clear, these worms come out of their shells, sprouting out like mini Christmas trees. Attached to their vibrant, spiral spines are hairlike tentacles that help them breathe and collect food particles. Interestingly enough, these appendages look just like the branches on a pine tree, giving them their holly, jolly appearance.

Unlike the Christmas trees sitting in houses across the globe, these worms aren't seasonal. In fact, they can live for up to 40 years as they spread a bit of year-round, aquatic cheer.

Above photo via Matt Kieffer 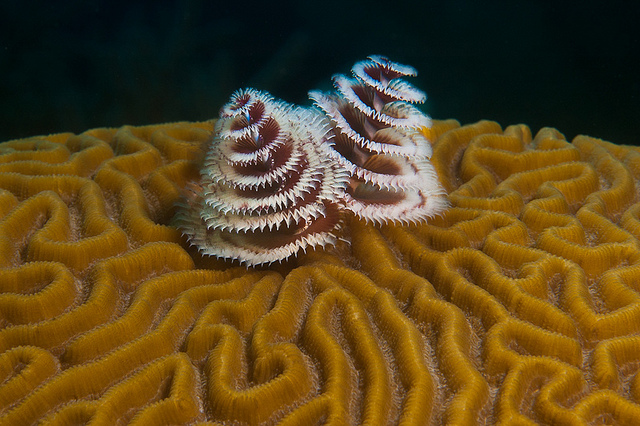 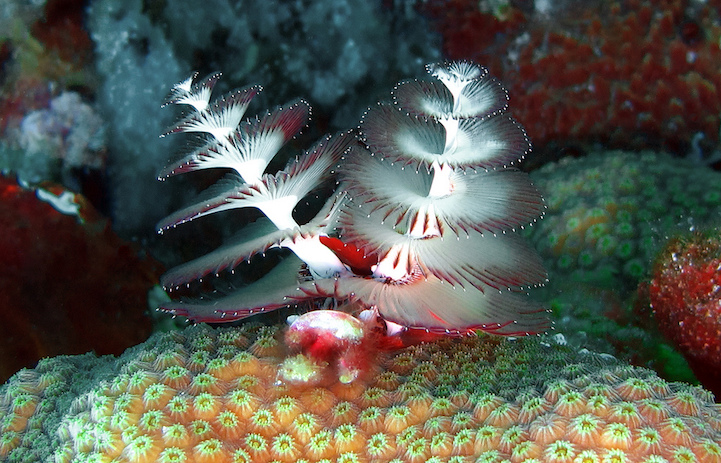 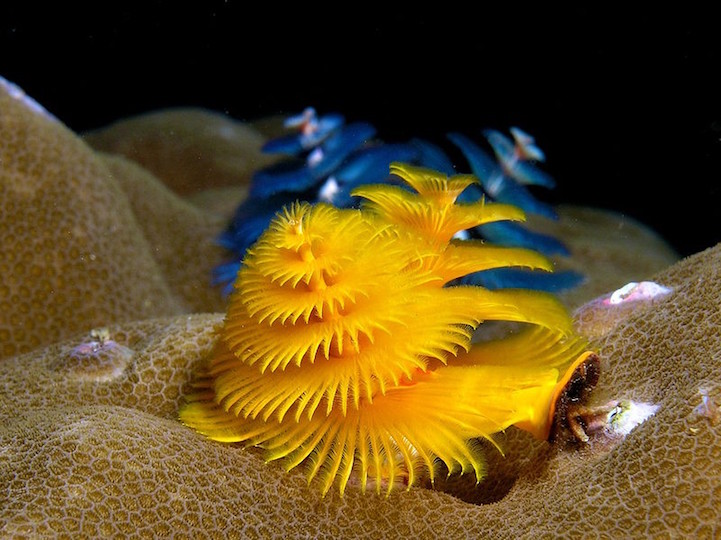 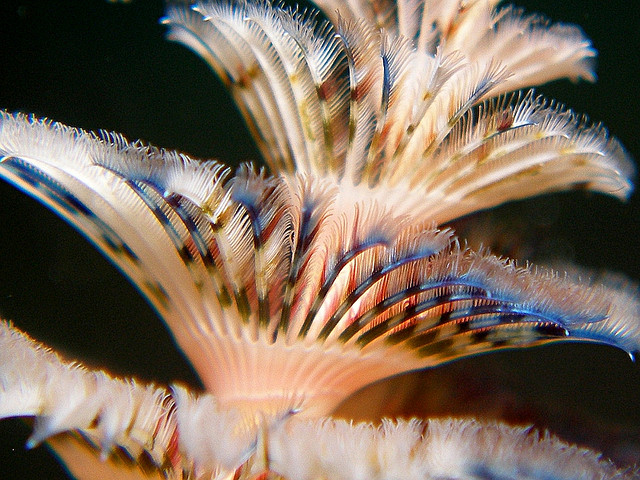 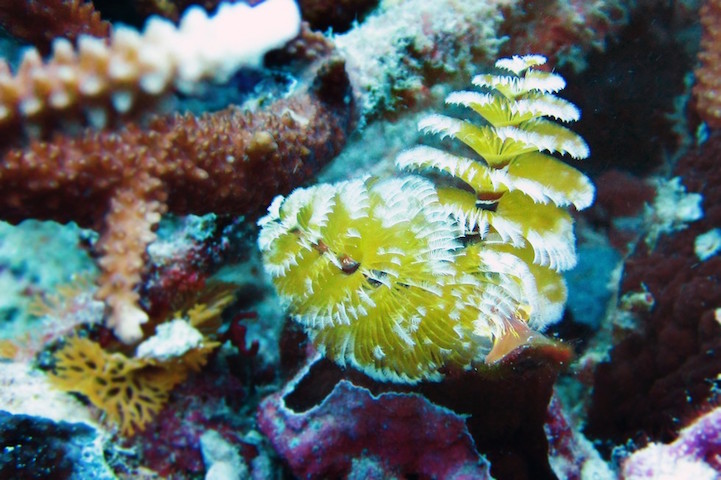 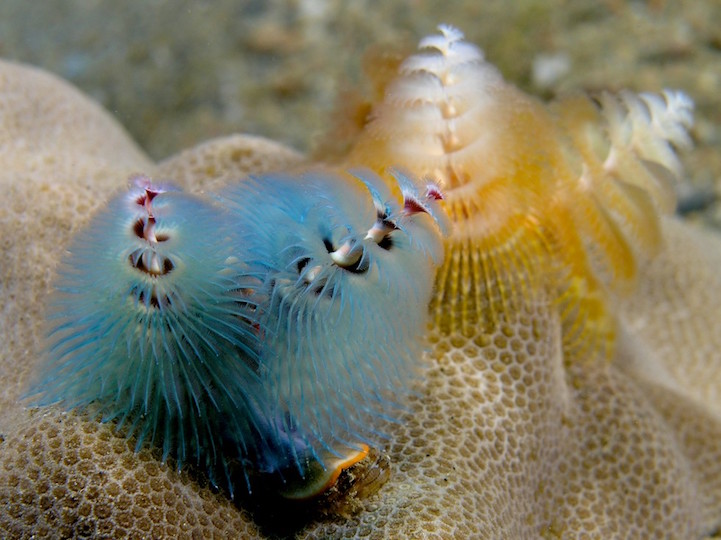 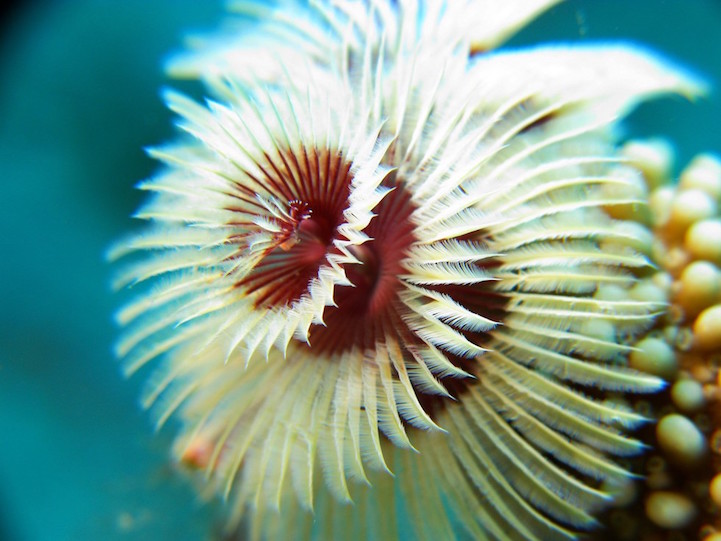 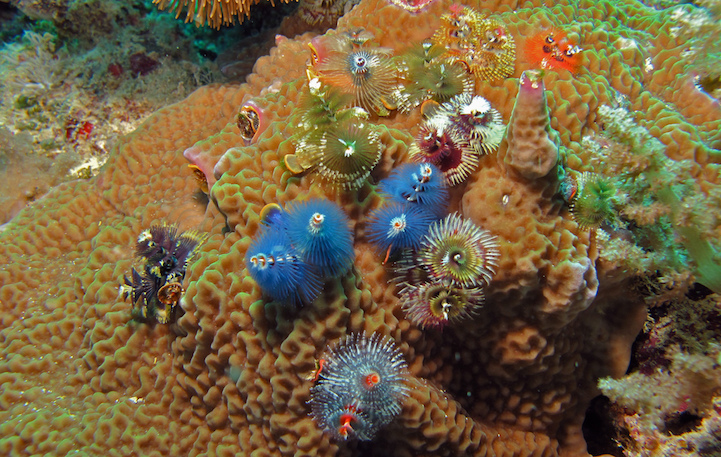 via [The Dodo, ViralNova, About Education]