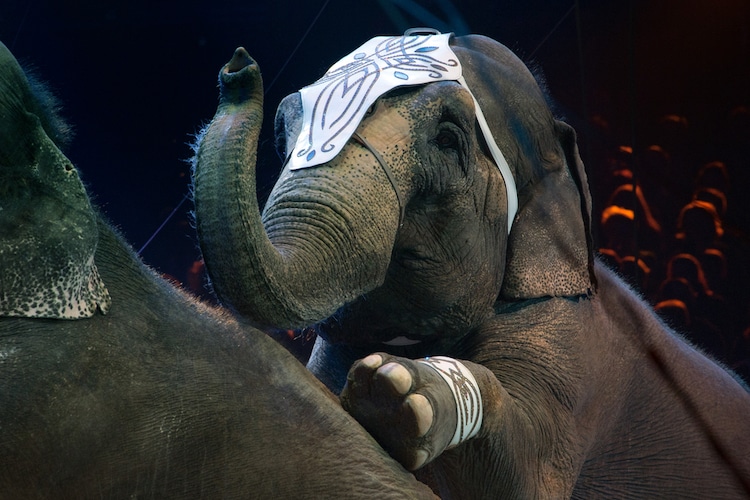 Denmark is taking a stand for animals. As more and more countries ban the use of wild animals in circuses, the Nordic country is putting up big money for their well-being. In August 2019, the government paid 11 million Danish krone (about $1.6 million) for the four last remaining circus elephants in the country. Now, they'll be able to live their retirement in peace, away from the big top.

Ramboline, Lara, Djunga, and Jenny are the names of these gentle giants. Three came from Circus Arena, while another was owned by Circus Trapez. As announced by Denmark's Food and Fisheries Minister Mogens Jensen, the move is just one step toward a proposed ban on using any wild animals in circuses. What will happen to the elephant's now? For six to eight months, Animal Protection Denmark will take charge of the elephant's care.

In the meantime, their new home, the Knuthenborg Safari Park, will be preparing for their arrival by building a custom space for them. While this certainly won't be the same as living in the wild, the elephants will certainly have more space to roam freely and will no longer be forced to perform tricks for the public.

In a show of just how much the government was interested in giving these elephants a better quality of life, they even ended up adopting one of Ramboline's friends. Ali the camel wasn't part of the original plan, but when officials heard of that this longtime friend and colleague of Ramboline's was also in need of a home, they came to the rescue. During a Parliament meeting, Prime Minister Mette Frederikse mentioned that everyone felt it would be wrong to separate them, and so now these buddies will live out the rest of their days together.

While we're still waiting to hear about Denmark's legislation banning circus animals, many other countries have already moved in this positive direction. On January 19, 2020, England put into effect a new law banning the use of wild animals for entertainment in circuses. Austria, Costa Rica, Mexico, Scotland, and Peru are just some of the other nations that have similar bans in place. But not having animals doesn't mean that the action is any less thrilling, as circuses find other ways to entertain the crowd. In Germany, some circuses even use holograms in lieu of live animals in their acts.

The Danish government paid nearly $1.6 million to adopt the last circus elephants in the country.