Monet’s depictions of the aquatic flowering plants capture artistic impressions of his beloved backyard. Emphasizing the effects of light, these paintings are rendered in a rich color palette ranging from pastel pinks and baby blues to deep purples and bright greens. 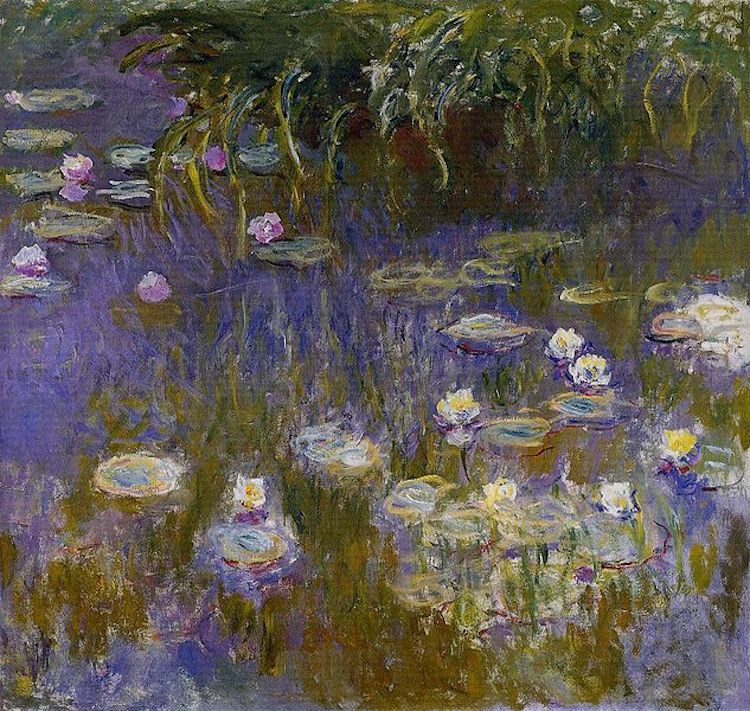 Additionally—much like the artist’s entire body of work—some of these paintings are figurative, while others are much more abstract. 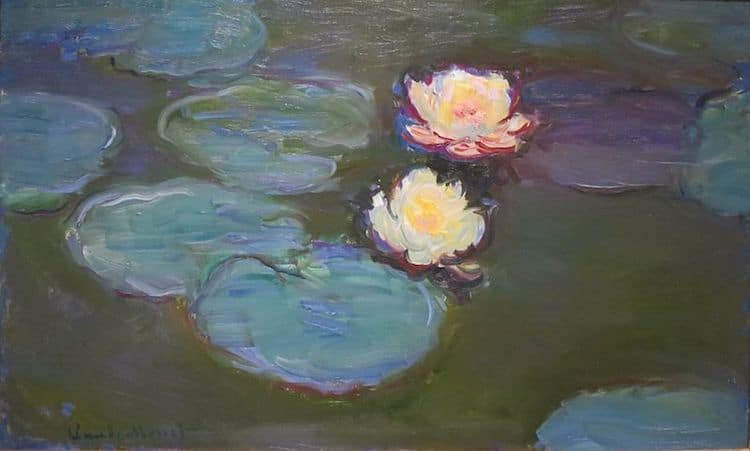 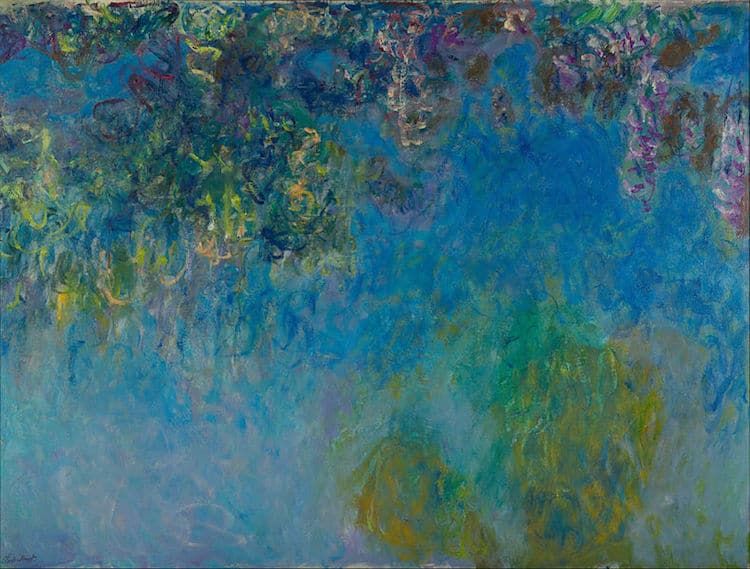 Often, the artist strategically included reflections of trees and clouds on the surface of the water, cleverly creating a sense of depth and offering an unusual glimpse at the rest of his garden. 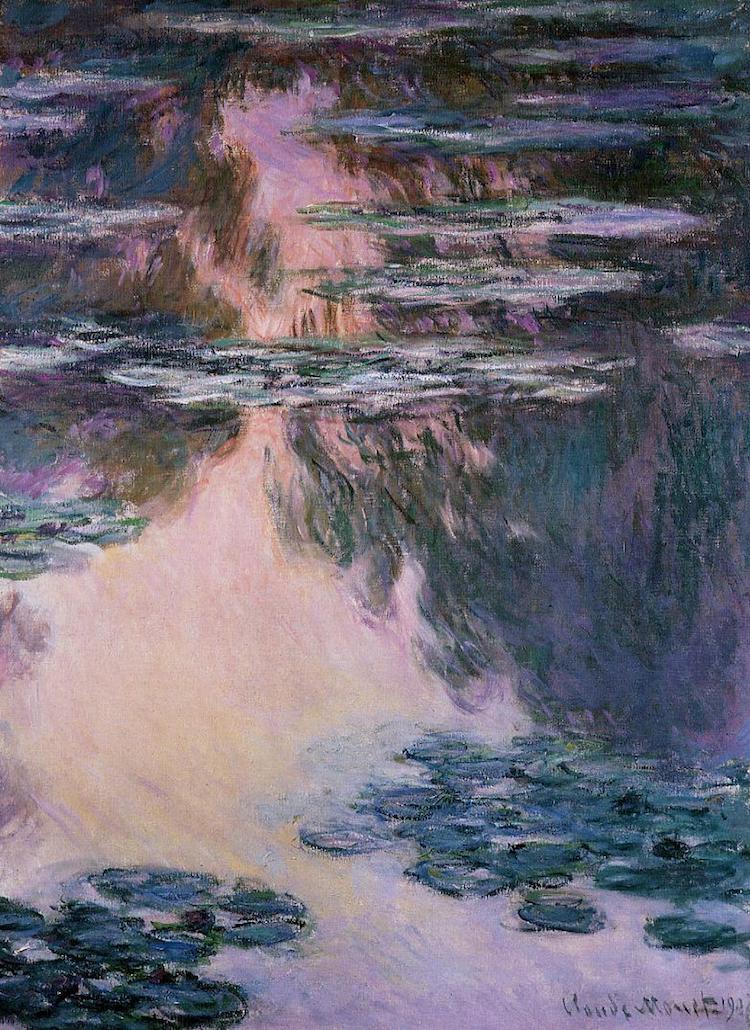 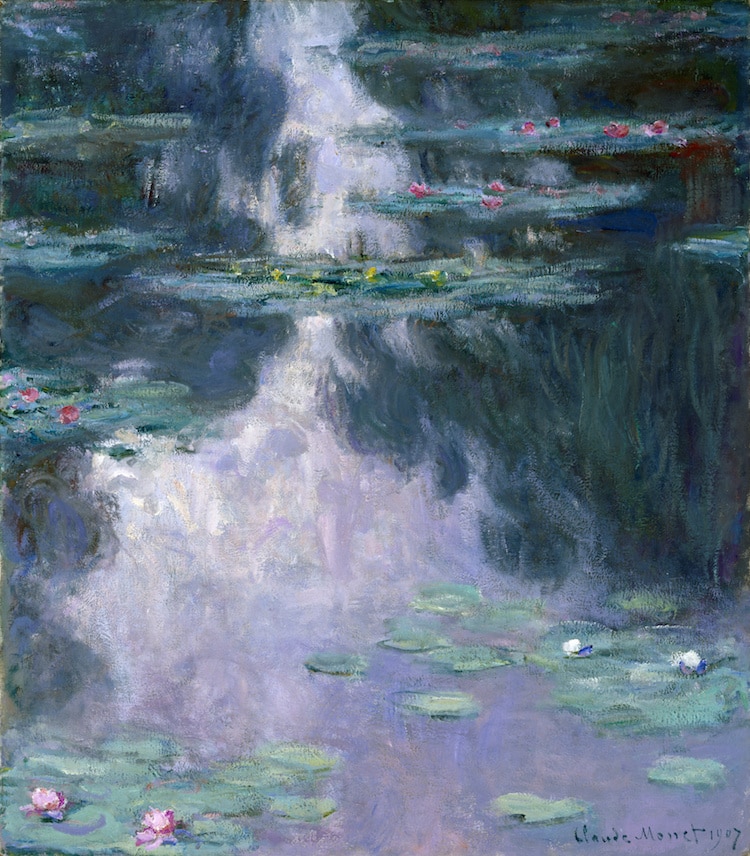 Made up of approximately 250 pieces, this collection was created during the last 30 years of Monet’s life. His last Les Nymphéas paintings were produced in 1926, the year of his death. Compared to his earlier works, his later pieces appear more muddled, darker, and warmer in color—an aesthetic widely believed to be due to the artist’s failing eyesight. 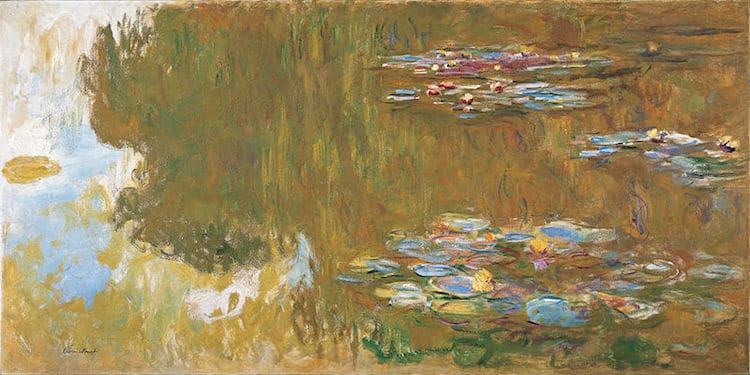 The Legacy of Les Nymphéas

Today, Monet’s Water Lilies can be seen at esteemed sites across the globe. Most famously, they are exhibited on the specially-constructed, curved walls of Musée de l’Orangerie in Paris. “According to Claude Monet’s own suggestion, the eight compositions were set out in the two consecutive oval rooms,” the museum’s website states. “The painter wanted visitors to be able to immerse themselves completely in the painting and to forget about the outside world.”

Additionally, these popular pieces can be found in other world-famous museums, including New York City’s Metropolitan Museum of Art and Museum of Modern Art, the Art Institute of Chicago, the Legion of Honor in San Francisco, and the Musée Marmottan Monet in Paris, which houses the largest collection of work by the artist. 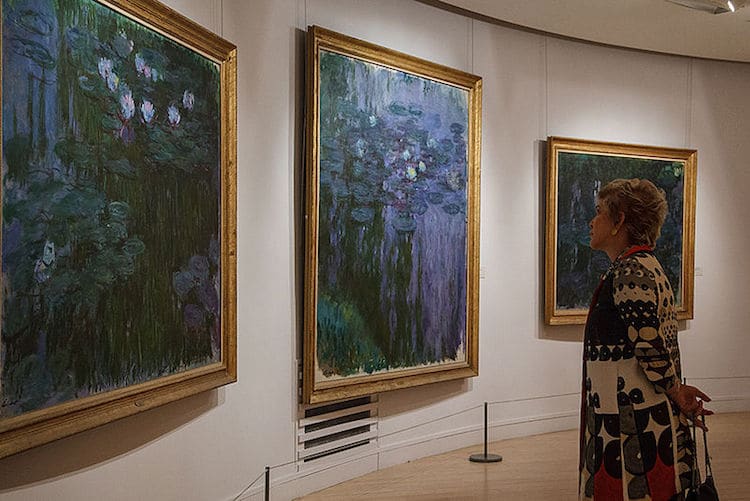 His home and gardens are also open to the public, inviting admirers of Monet’s signature series to see the blooms behind the beautiful canvases.

Monet-Inspired Field of Poppies Sprouts Up in Montreal