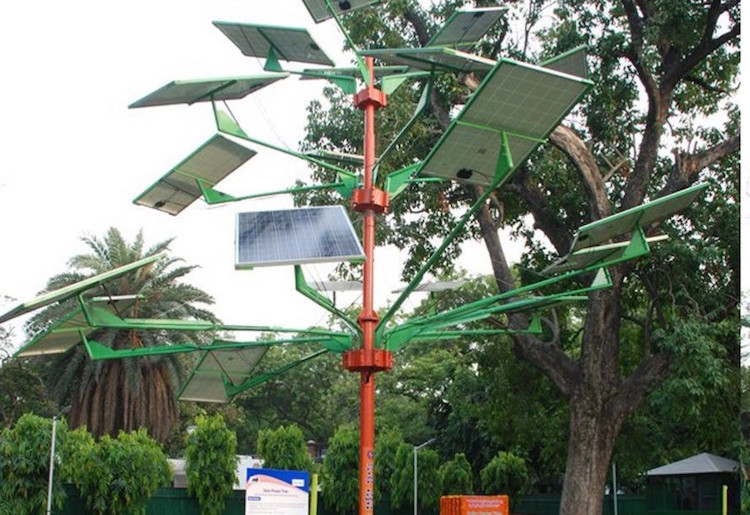 Trees already benefit the environment in countless ways, and now they can add “harnessing solar power” to the list of helpful qualities. India's Central Mechanical Engineering Research Institute (CMERI) has created a Solar Power Tree as an innovative approach to generating solar-powered electricity in a limited space. The tree was lauded by Dr. Harsh Vardhan, the Union Minister for Science & Technology and Earth, for its ingenious vertical arrangement of solar cells. They are perfectly fitting for urban and rural regions where available land is scarce and roughly 300 million people do not have access to electricity.

The Solar Power Tree structure is composed of “branches” that hold up photovoltaic panels. Each one has the energy-producing capacity of five kilowatts, using just four square feet of land, which is enough energy to light five homes. This is exceedingly more efficient than conventional solar panels, which require 400 square feet of land to produce the same output. In addition, the tree can harness 10-15% more power compared to a ground-mounted array, and it charges using a battery backup system that can provide two hours of light after sunset, when fully charged. To ensure maximum efficiency, the device has a built-in water sprinkler that clears any debris that might block its panels.

The system costs an estimated $7,500 USD for a five kilowatt model, and the trees can be installed individually or in groups for even more clean energy generation. Three locations in West Bengal, India participated in the successful pilot project and future iterations are already underway. Upcoming models of the device will be equipped with a rotating mechanism to enable the tree to track the sun over the course of the day. 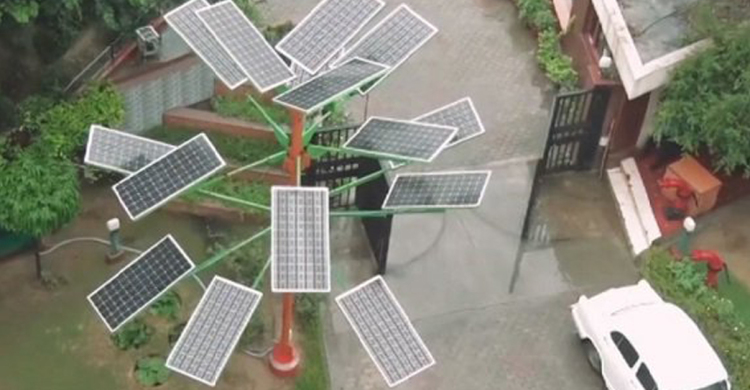 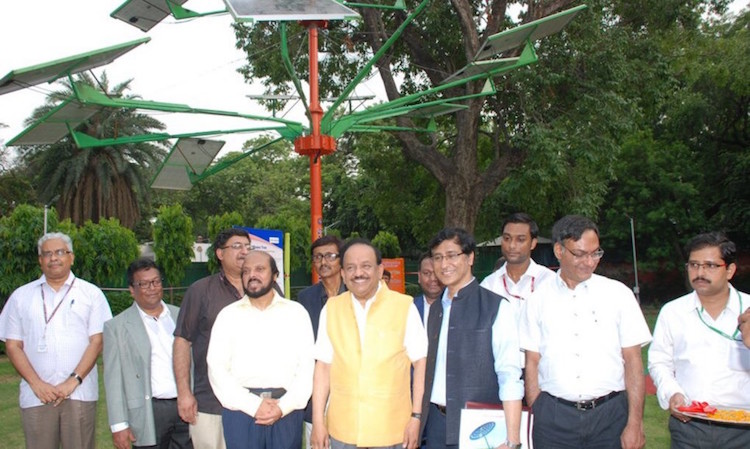 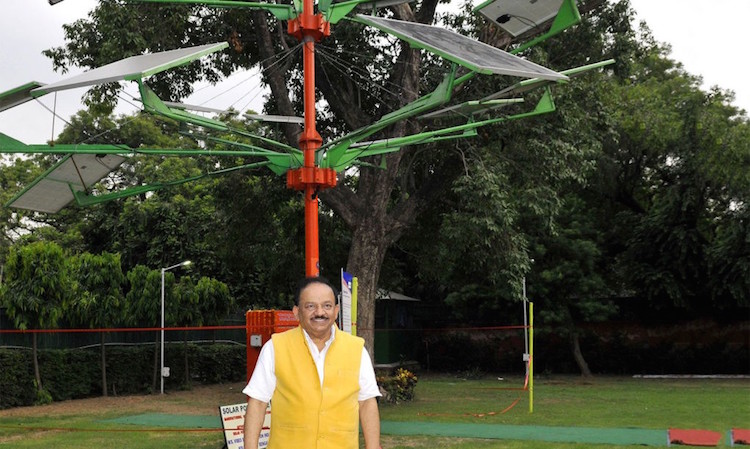 All images via Dr. Harsh Vardhan/Twitter unless otherwise noted.