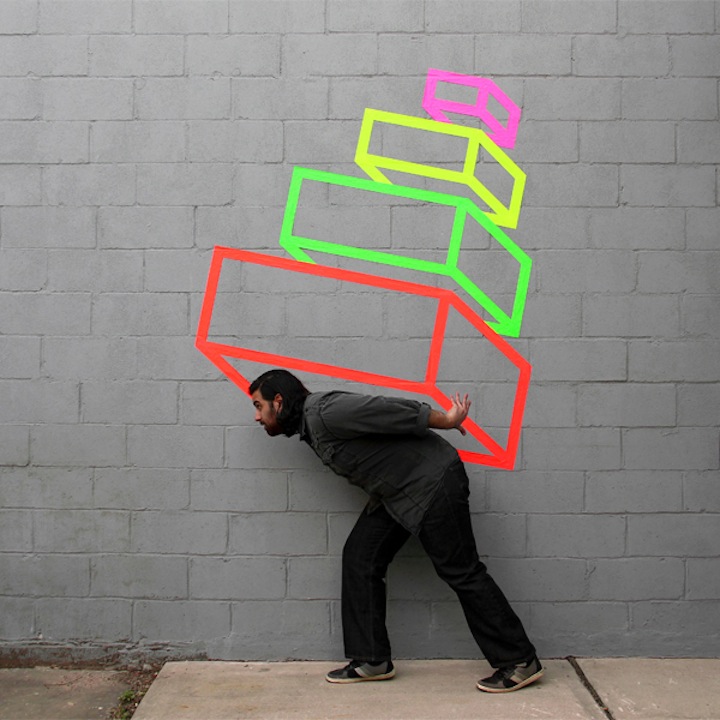 We've been writing about Aakash Nihalani's incredibly clever tape art for quite some time now (see here and here) but it wasn't until just recently that we got in touch with the artist himself to ask him some one-on-one questions about his work.

His new series, tentatively titled Once Upon a Wall, was all done on a wall in Brooklyn. It was born out of that unforgettable photo Aakash took for his last show with Bose Pacia Gallery where he was playfully “riding” a Koons-style balloon dog down a sidewalk (see below). 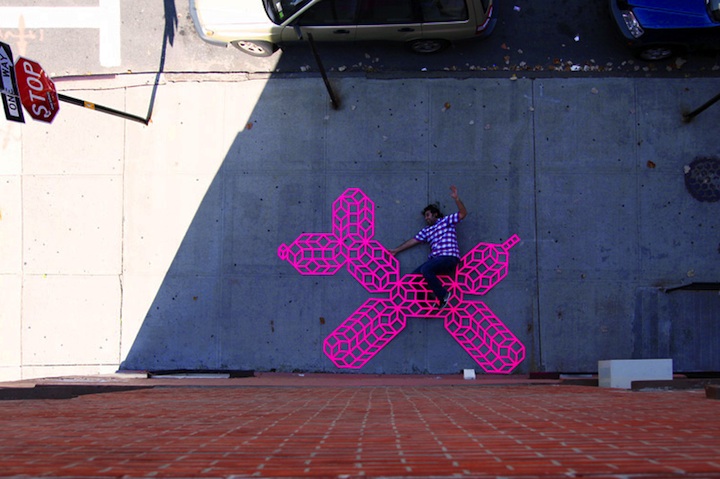 When asked why he decided to put himself in this new series, here is what Aakash told us. “I usually don't include myself in the documentation of my street pieces but I liked the control I had over the interaction with, and within, the work. These new shots are a bit more elaborate than most of the street work I do, and they also tell more of a narrative, a kind of struggle. The shapes I'm interacting with in the photos are stand-ins for more universal battles one faces in life, tangible or intangible…relationships, career decisions, and addictions.” 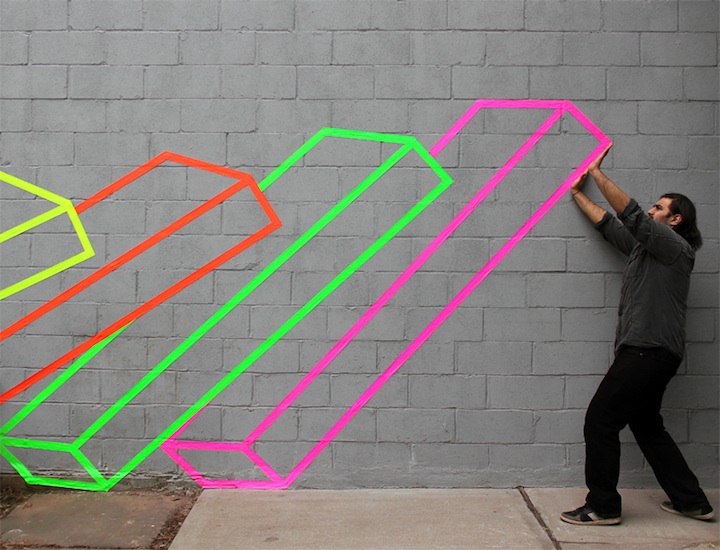 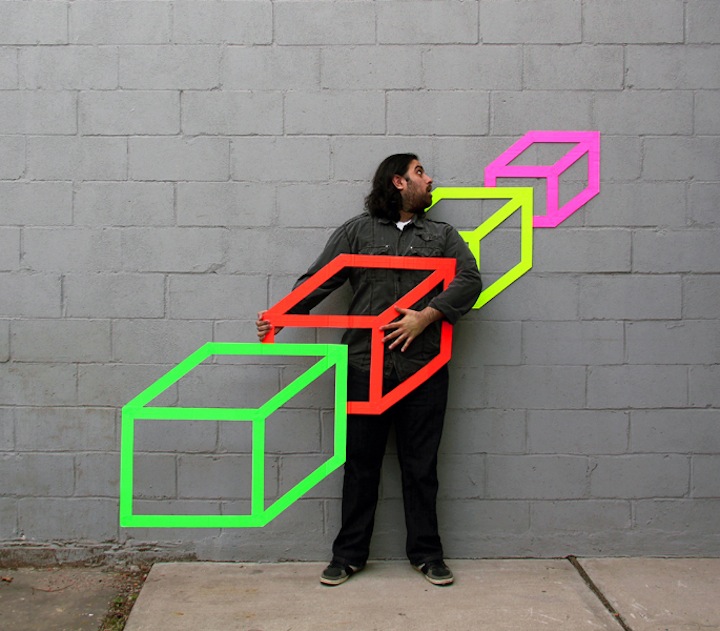 Watch for our exclusive interview with Aakash as we ask him more about his work. Till then, enjoy these new fresh new pieces by the always creative artist.