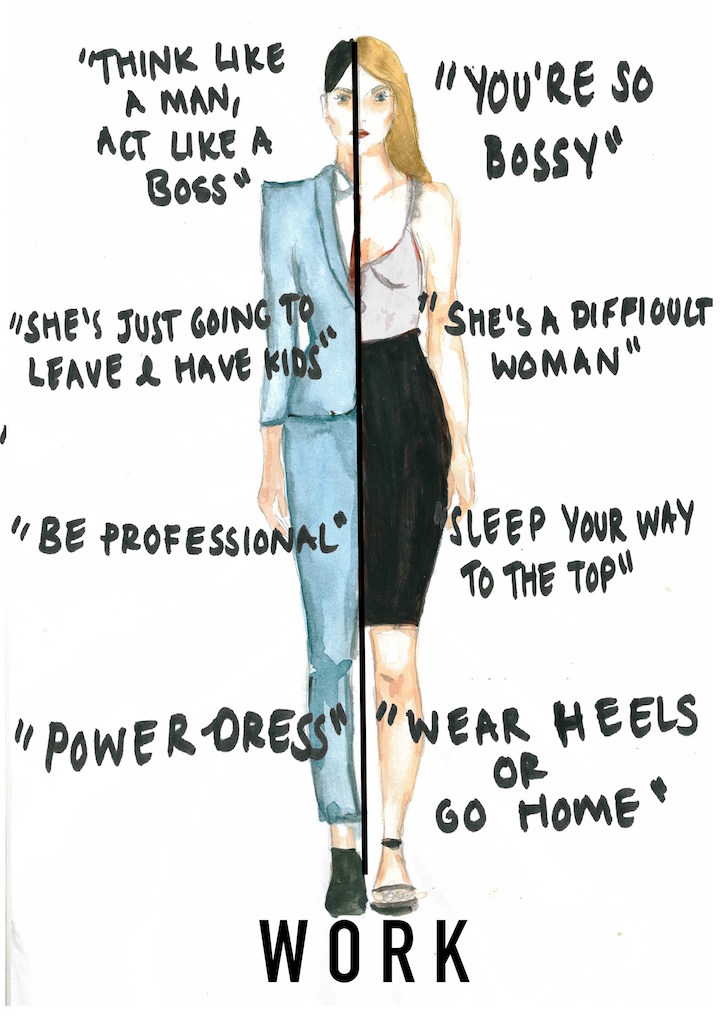 Advice for women is often contradictory—we’re encouraged to “think like a man, act like a boss,” but when we do, we’re accused of being “too difficult” and told to soften our approach. This infuriating catch-22 is present in nearly every facet of life, from relationships to work to appearance to sex. Illustrator Daisy Bernard captures the unfair expectations in a series of drawings that show just how hard it is to win with these double standards.

The loose, gestural-style drawings depict a woman divided. One figure is split down the middle with attitudes that are at odds with each other. On one hand, she should stand up for herself in a relationship, but if she does, she’s also seen as a psycho. Likewise, her dress is either “basic” (and not in a good way) or “so clever it’s intimidating.”

Bernard was inspired to create this series when France banned burkinis—a full-body swimsuit for women—earlier this summer. Twitter user @LaSauvageJaune summed up its “lottery of indecency,” which prompted Bernard to ponder the situation beyond dress. “It made me think that it's not just clothes that women get set such ridiculous expectations for,” she told A Plus. “It's an insane amount of things that happen every day.”

“All the things I drew are something that have either happened to me personally or to people I know well,” she explained. “They're not particularly unusual or shocking. They're things we're often guilty of accepting and breezing over. But that's precisely the reason why we need to call them out. It's not fine, and it shouldn't be normal.” 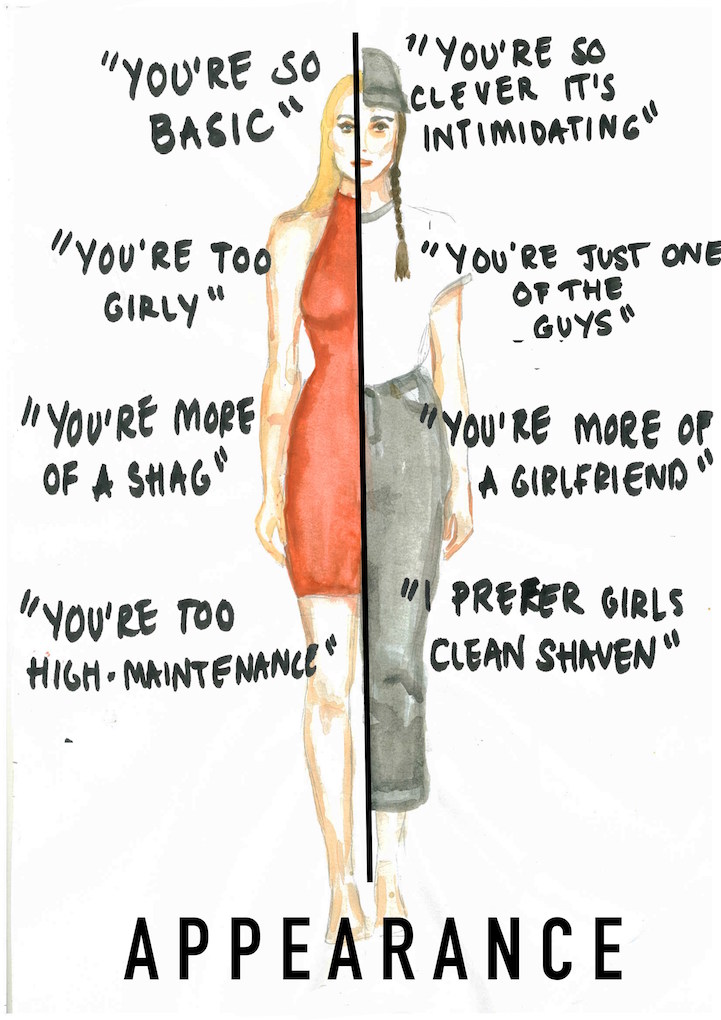 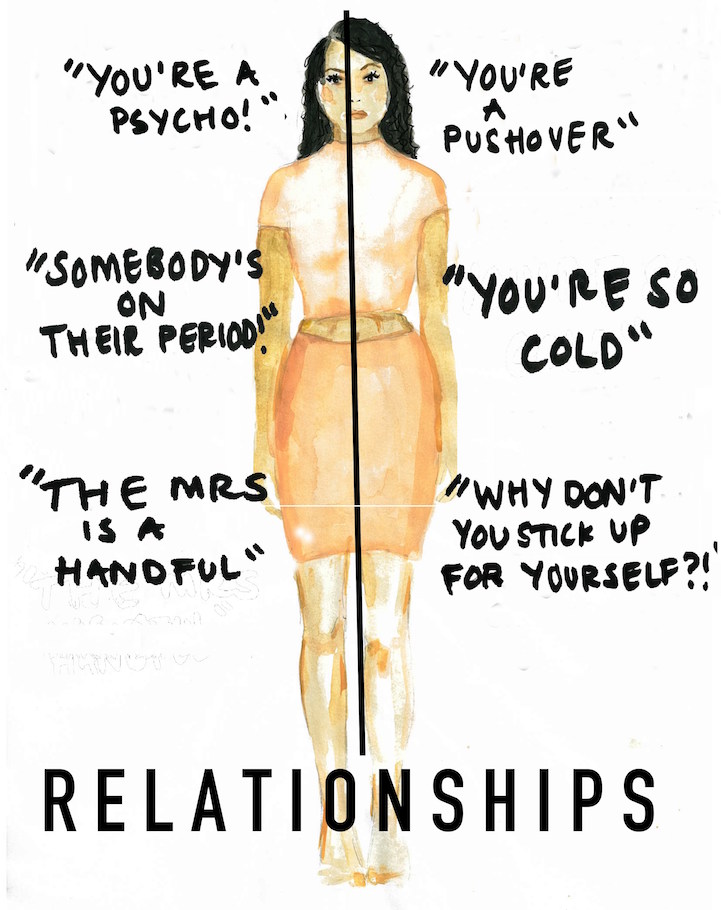 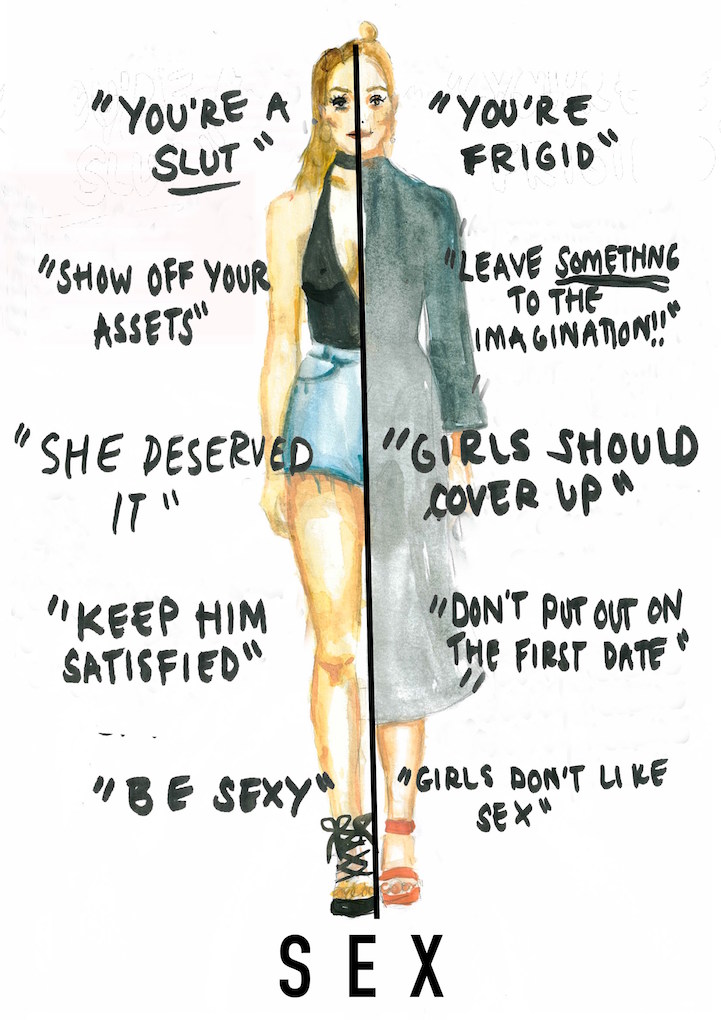