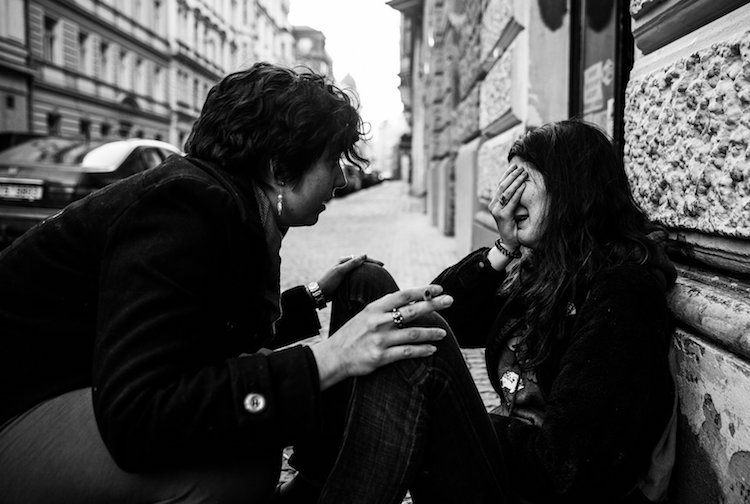 American in Prague after Trump won the US presidential election.

Czech photographer David Tesinsky has spent the past 10 years documenting subcultures and urban life around the globe. His fascinating work is sometimes painful to view, but important to share. His documentary photography reminds us that people living on the fringes of society still contribute, for better or worse, to our cultural makeup.

From Rastafarians in Jamaica to Satanists in his own country, Tesinsky's work paints a bold picture of the diverse belief systems and triumphs and struggles within these subcultures. For instance, with his new series Before Night Falls, he sheds light on the LGBT community in Cuba and what that means for the transgender community there. It's an emotional series that delves into how people can still live authentically in the face of social and political opposition.

What drew the young photographer toward this type of photography? “I was always interested in subcultures and primarily how each one has a philosophy or just simply a ‘way' which is a great space for me to find myself—or part of myself—in it and capture the real vibe of it,” Tesinsky shares with us. “But even more important is when it comes to activism I'm at home. As in the case with young open-minded people in Iran fighting for their freedom, but fighting the way that isn't public at all because they are scared. Pictures are the good option to let non-Iranians know that it's a problem. When there is an oppression against animals or people then I feel an anger and the camera is a great weapon to use with my visions to kill the ignorance.”

In his own words, Tesinsky gives us a tour of some of the subcultures he's toured over the past 10 years, hoping that it will open the public's eyes and create discussions that bring positive change to the world. 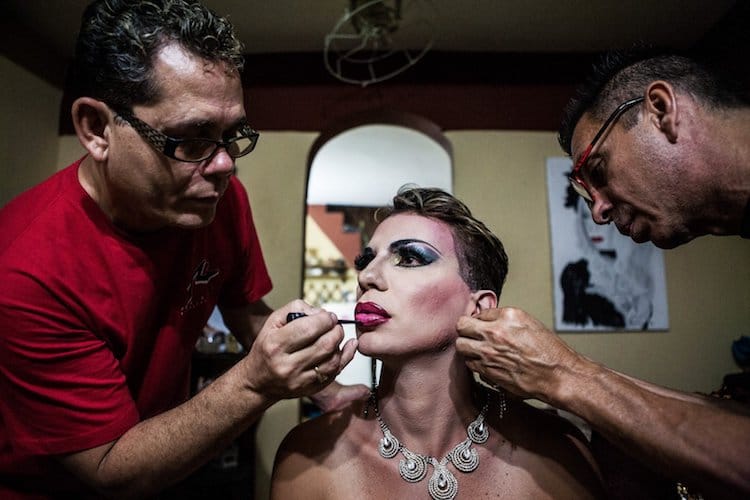 “Before Night Falls” Abi is a boy who sells the fruits in a poor suburb of Havana in a daytime and turns to a charming dancing lady and a queen of the stage at night. Here Abi is becoming Natasha with the help of his partner and flatmate. 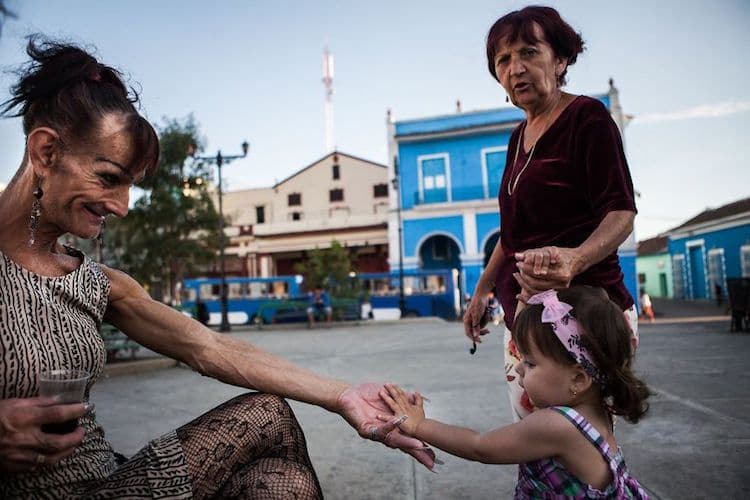 Malu, who identifies as transgender, has reached somewhat of a celebrity status in Cuba. 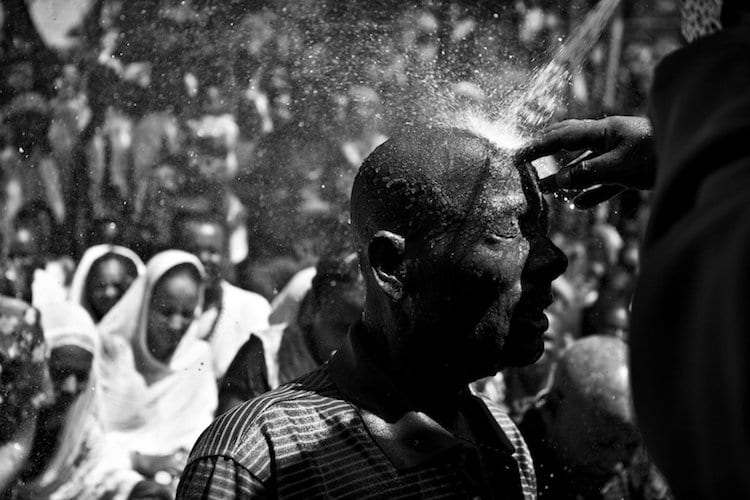 A man from the crowd during the exorcism process at the Yerer Sellassie church on the edge of Addis Ababa in Ethiopia in January 2014.
The victims of black magic or different kinds of the demons visit him and unconditionally believes in his saint help. Some of them look normal and some look possessed at first glance. They are screaming, moving, and wave their hands or even attack others. They are suffering from different kinds of diseases or possessions. They believe that they are affected by the bad spirit inside of them. Exorcism is connected to orthodox Christianity and it's still practiced in Ethiopian churches.
Local people really believe in the saintly power of the priest and they don't hesitate to pay big amounts for their healing. Sometimes they pay half or more of their monthly income. Whether the priest is a cheater—as many people think—or he really helps or people get cured just purely by the power of their faith, the priest is still millionaire and always surrounded by his security which helps him to “clean” the way to his billionaire car where he gives the last autographs and leaves while people are probably getting poorer. At least the most “religious” ones who are giving him the half of their payment or maybe even more. 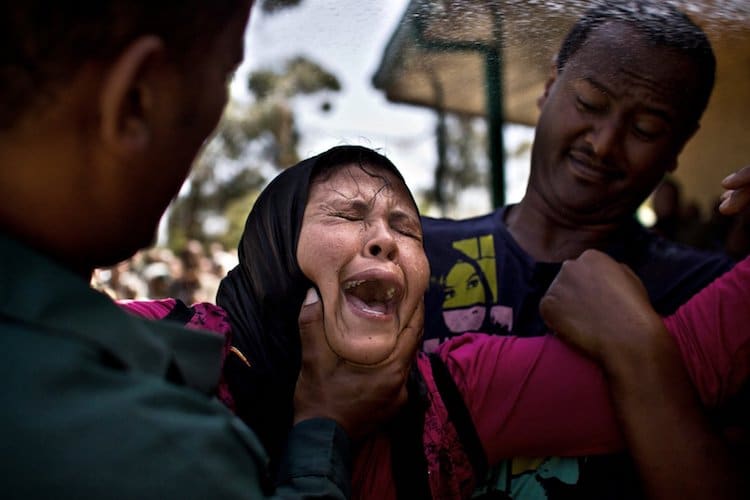 Woman from the crowd is crying after Priest Memihir Girma Wendimu tries to get the bad spirits from her body at the Yerer Sellassie church. 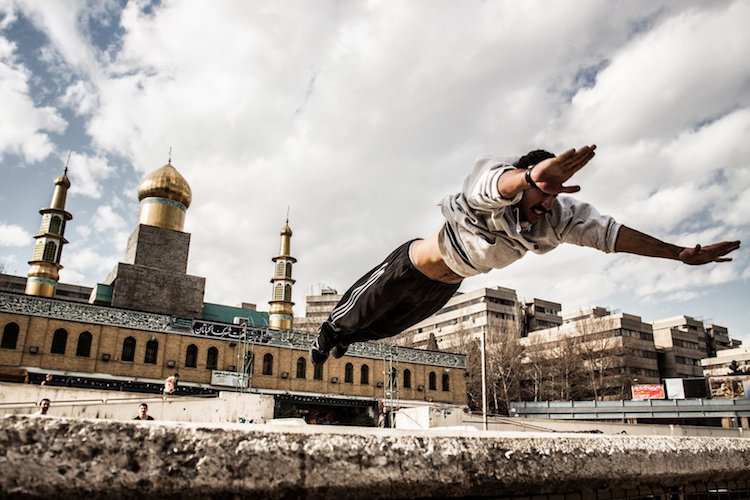 Children of Islam. Photo series about the life of new and revolutionary generation in Tehran in Iran and their way of living and thinking.
“Flying Away” Parkour performer in Ekbatan with a mosque in the background. 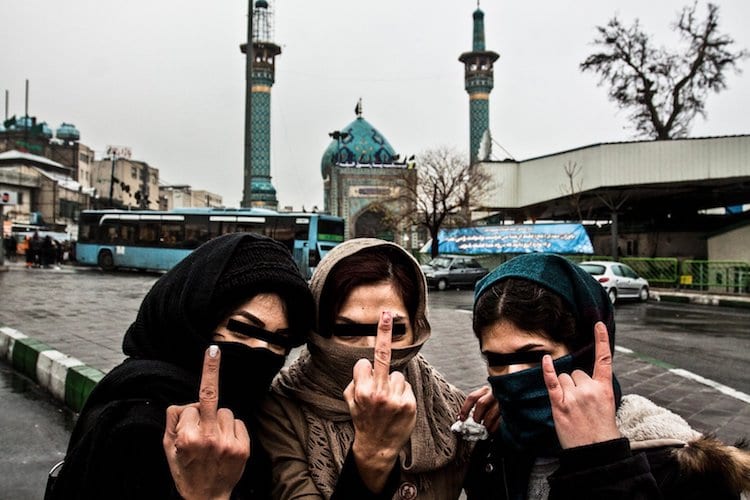