Off-Grid Living Around the World 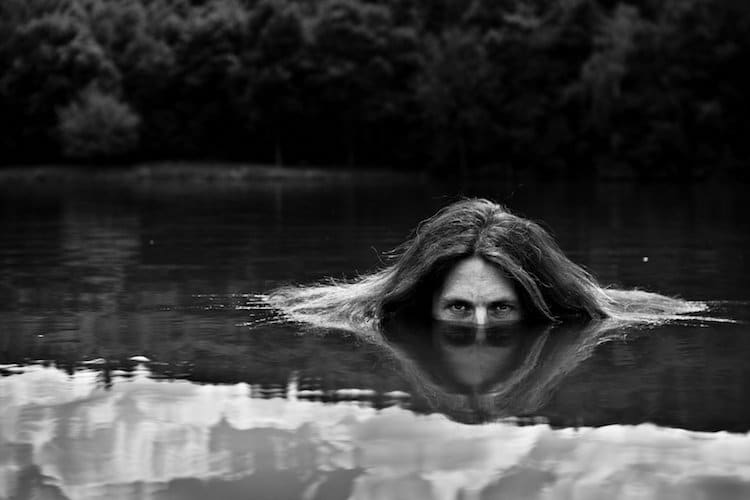 Satanism in the Czech Republic 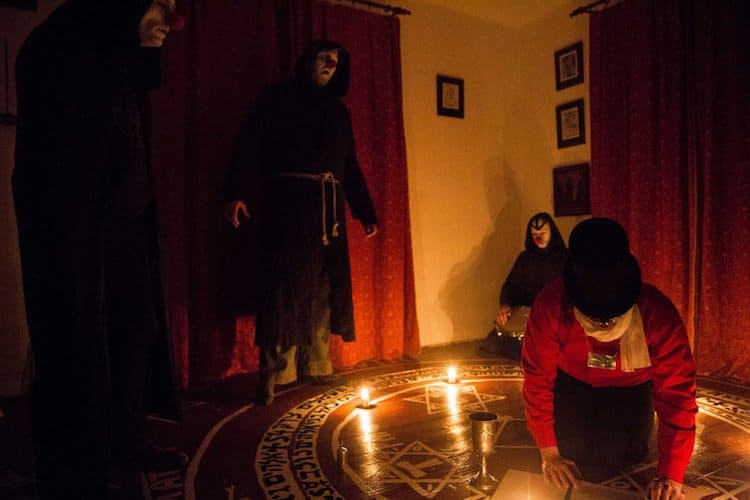 The First Czecho-Slovak Temple of the Satan's church, states that Satanism is a doctrine based on philosophical, ritual and spiritual phenomena. The members of Satanism confess to the necessity of the presence of these three elements, in order for human beings to develop in a natural and healthy way. It is mainly the question of balance between intellectual, spiritual, and physical forces. “Satan” is an efficient cause in nature, a spirit of progress, an inspiration for big acts, which lead to the liberation of the individual.
The members of The First Czecho-Slovak Temple of the Satan's church come from different environments, but are mainly members of the “middle class.” They confess that the reactions and opinions of the uninitiated people around Satanism are positive. Seeing as Satanists do not impose their philosophy, they prefer the diversity of opinions and lifestyles.The photographs represent the seasonal Satanistic rites which are executed during the night. Here we see Satanists during the ritual of “calling the Atlachnacha.” 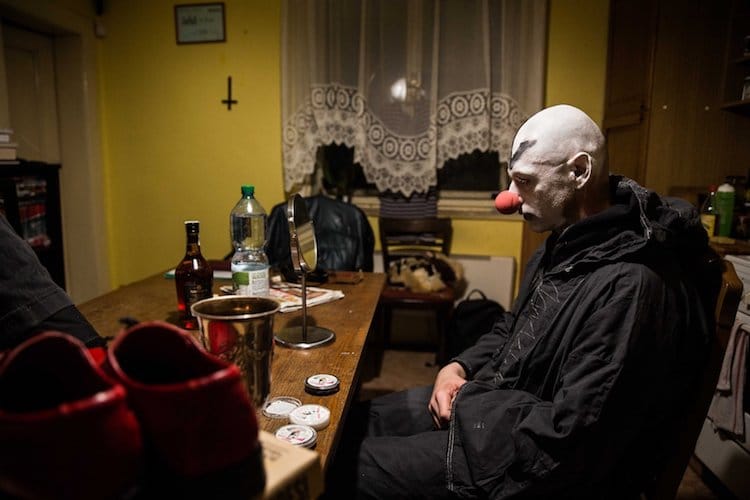 Frلter Pluto preparing for the ritual of honoring the Dark Harlequin. 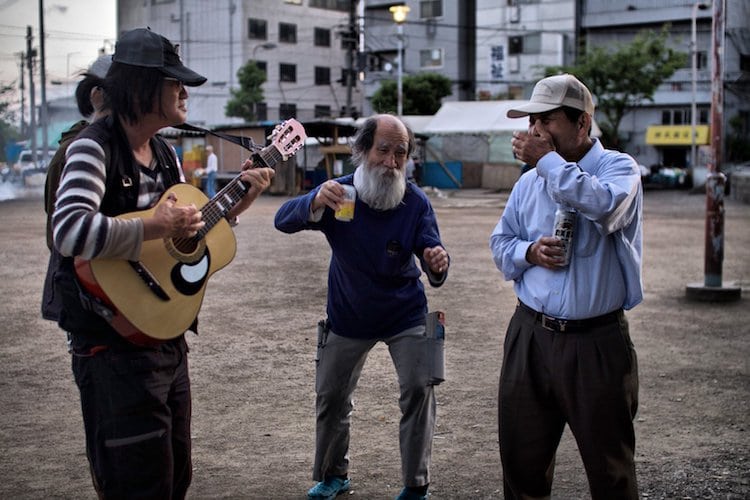 Most Japanese people don't have a clue that there are slums in Japan. It's a completely different atmosphere compared to the slums in India or Nepal for example—those are mostly full of kids—but here in Osaka there are bunches of grandmas and grandpas. In one hand a beer and in the other hand a cigarette.
I've spent several full days with them. People warned me not to go there and definitely not try to take photos there. I went there and I've never met people who were as friendly as them.
I was sitting there, smoking and drinking and random people started to come to me and ask me questions and that's how it started. I started to speak basic Japanese and they became very friendly with me. They were giving me free beers all the time, arguing who will give me what brand etc.
One of the local “grandma from slum” borrowed the guitar for me, and in few minutes I played “Karma Police” from Radiohead for all the slum. In the end, the man gave me the guitar as a present and made sure I would really take it and leave with the guitar. 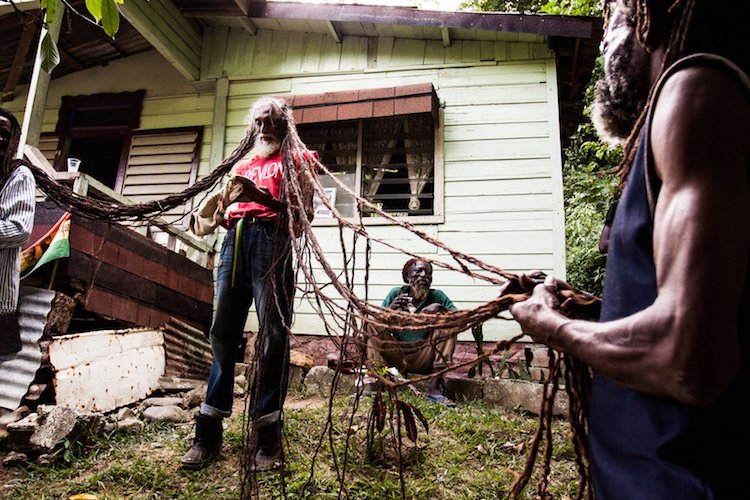 “Jah People” I went to Jamaica to find out whether there are still some real Rastafarians and to search for the living legends of roots reggae and dub music. 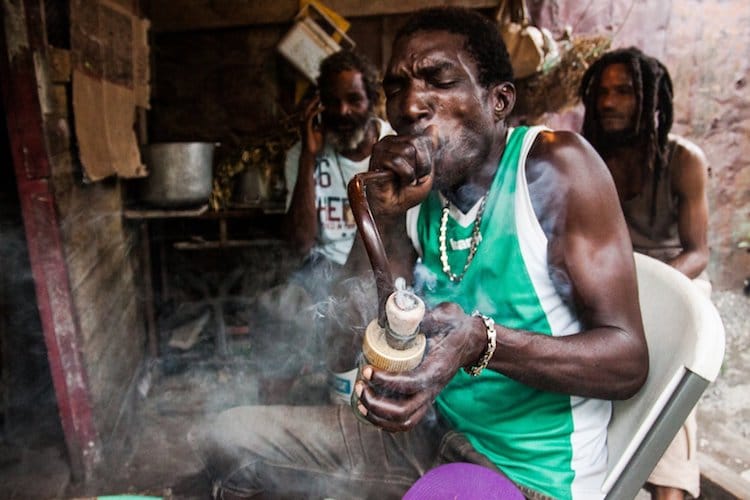 This series shows different faces of people who follows the Rastafarian way. In the hills, in the
streets, inna di yards.

Addiction in the Czech Republic 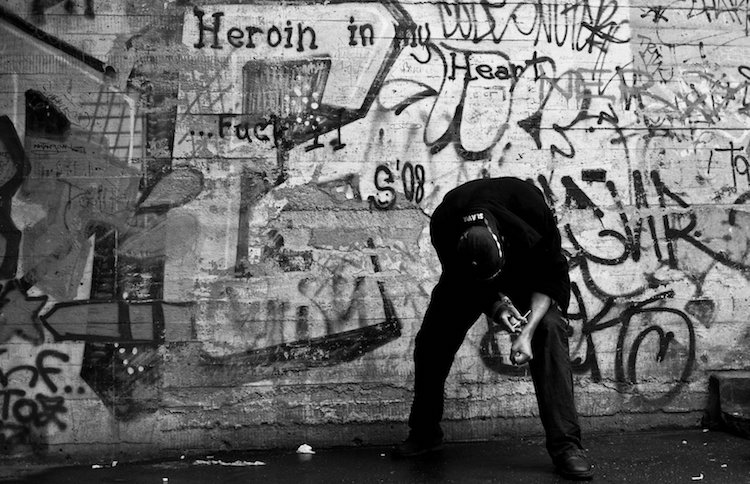 Part of series “All Along the Watchtower” following drug addicts in Prague for 8 months. I spent about 8 months with local drug addicts in the streets of Prague and squatter houses. Most of them are addicted to substitutes of Heroin, Pervitin (a Czech kind of methamphetamine), and other sedatives and pills. Here, an addicted man shoots up in front of a wall with “heroin in my heart.” 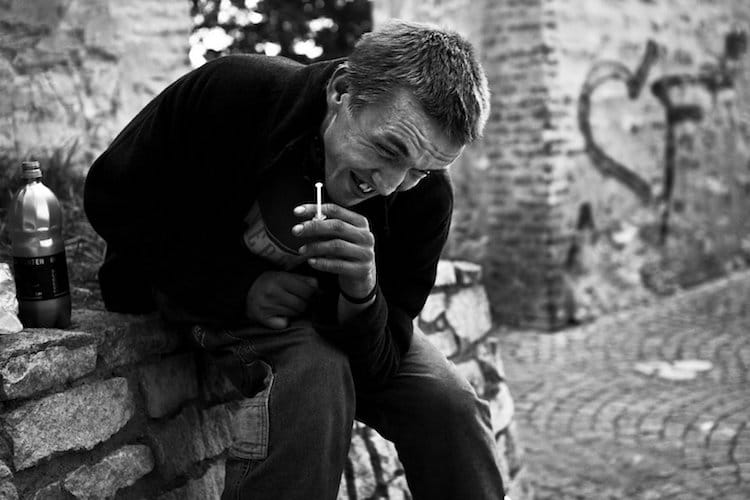 An addict is laughing about people on a street before he shoots up. 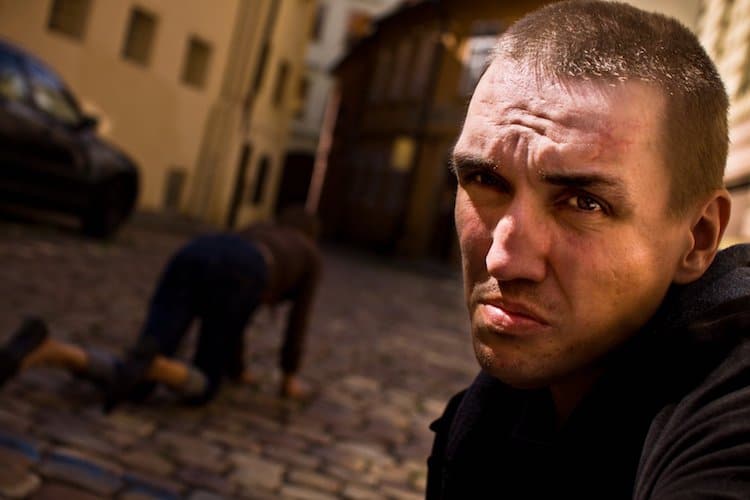 Addicted man is talking about his horrible life while his overdosed friend is trying to find something that doesn't exist. 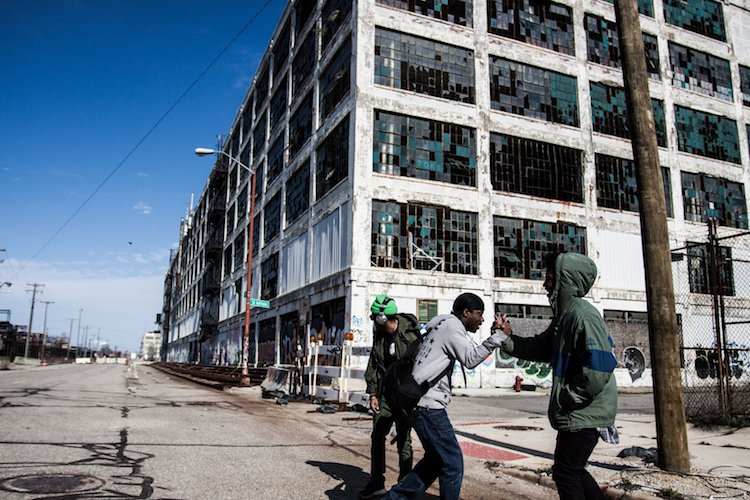 This series is about the real rap scene in the US and the daily life of the local rappers (MCs, DJs, b-boys, graffiti artists etc.). It's about their highlights and other parts of their lives. 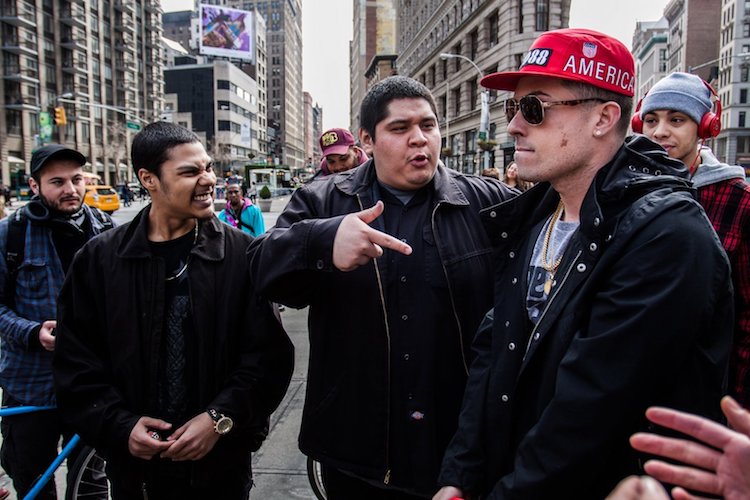 Rap Cypher in the streets of Manhattan.

Circus Performers in the Czech Republic 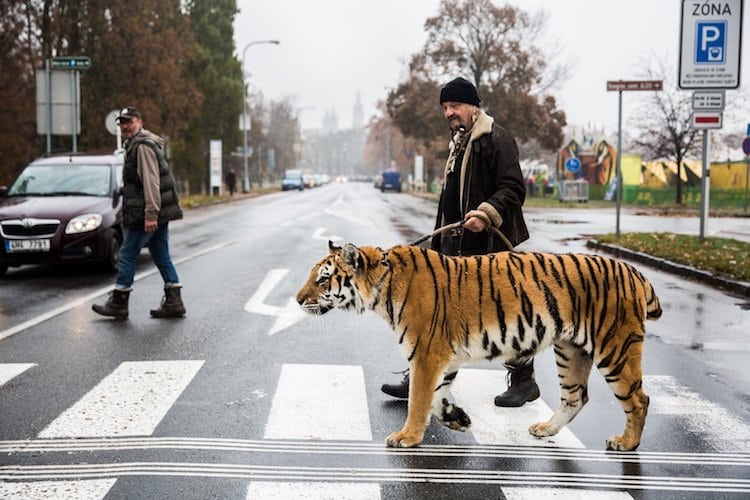 Behind the scenes of everyday life of circus people in the Czech Republic.
Jaromir Joo takes random walks in public with his tiger Tajga.

My Modern Met granted permission to use photos by David Tesinsky.

An Intimate Look Inside: YAKUZA