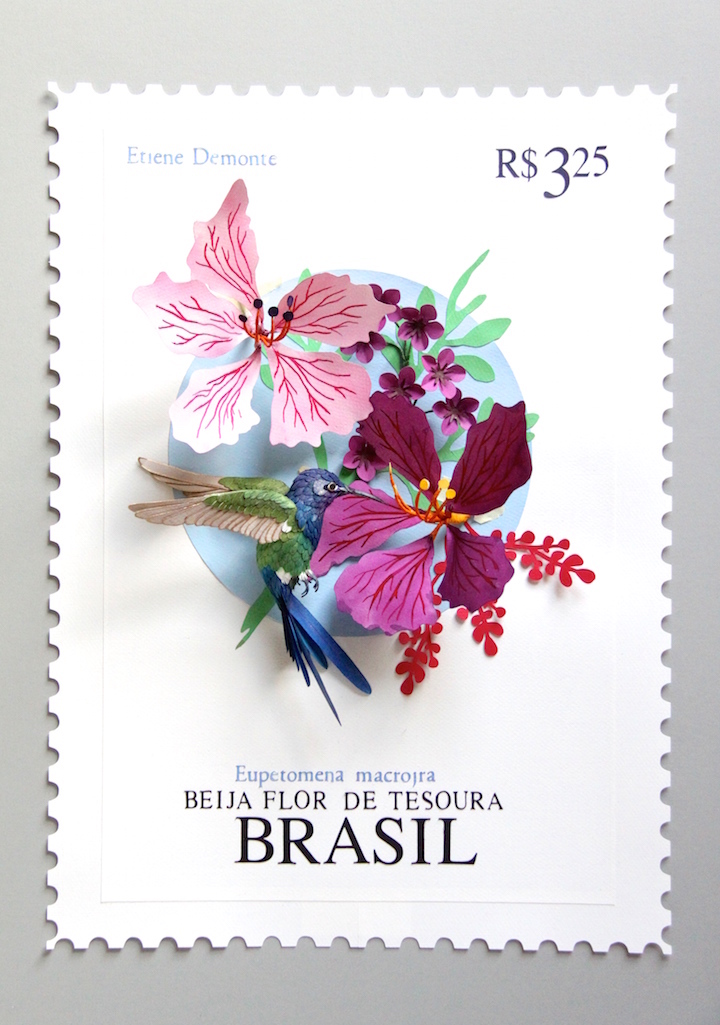 Colombian artist Diana Beltran Herrera is already known for her lively bird sculptures made out of paper. She's started a new project that will be part of an exhibition she plans to have this year at CODA museum in Netherlands, a show all about paper. Here, she's taken the image of a bird on a stamp and magnified it so that the birds appear bursting from their scenes.

The idea behind these works was to approach a new place through her small images, as they're made on a much larger scale. They're real stamps she has been collecting over the past two years. These stamps are from countries she's lived in (Colombia), and from countries her friends are currently living in.

You really begin to appreciate these works when you examine the minute details. Notice how the stamps are 3D? 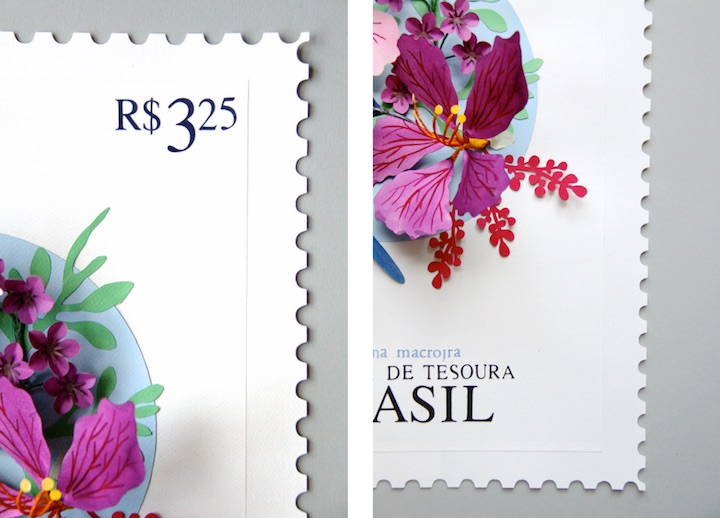 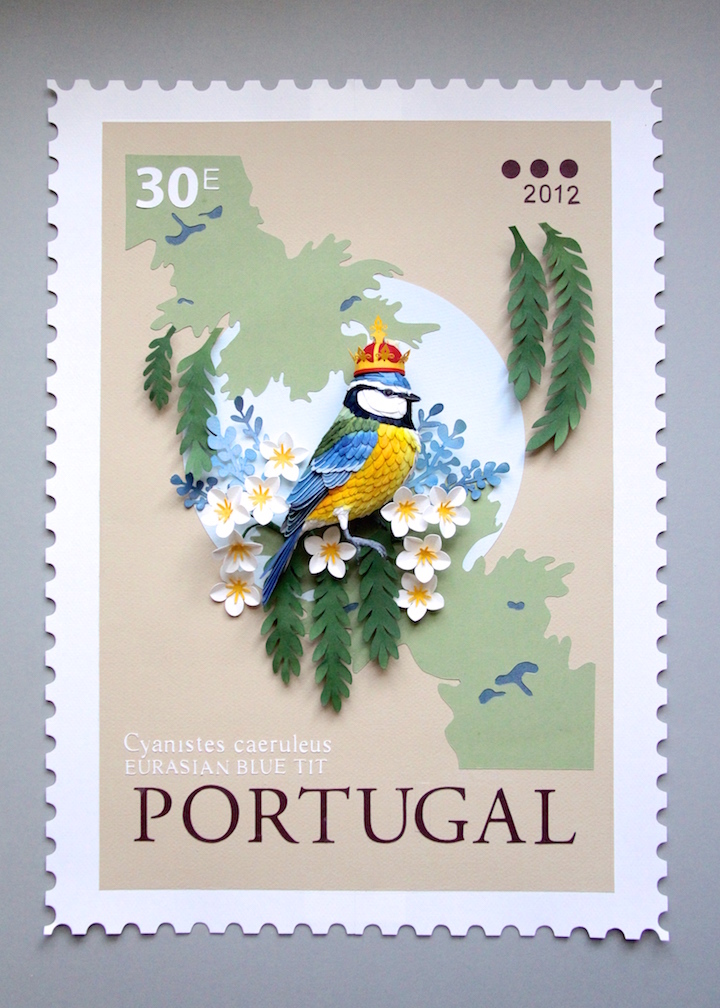 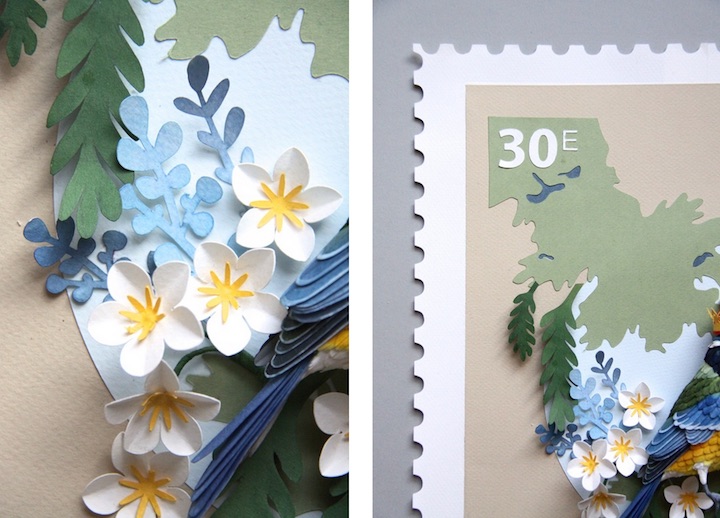 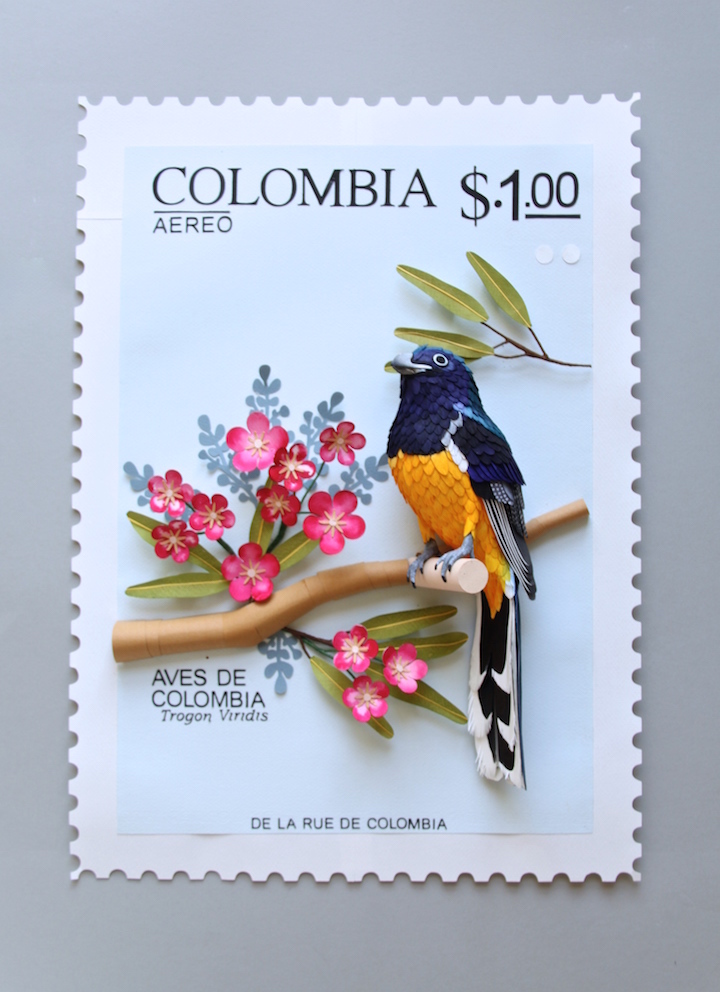 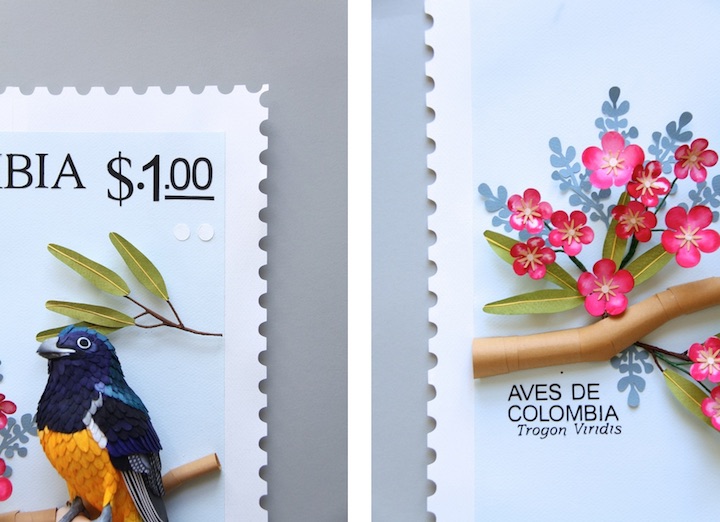 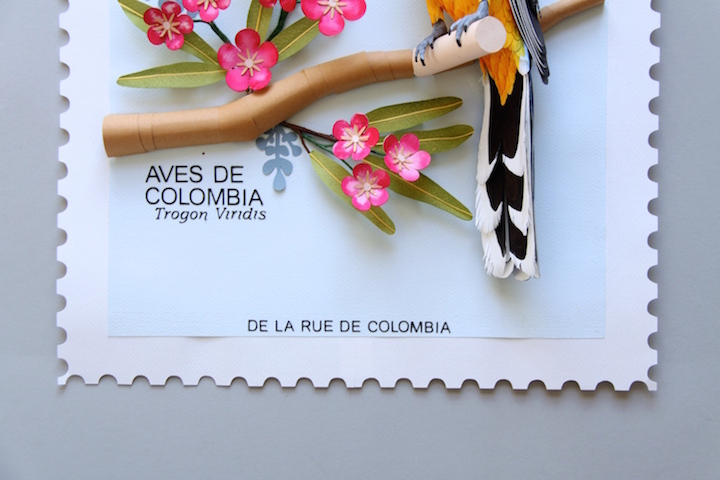