Statues of Blinded Men Ascending High into the Sky 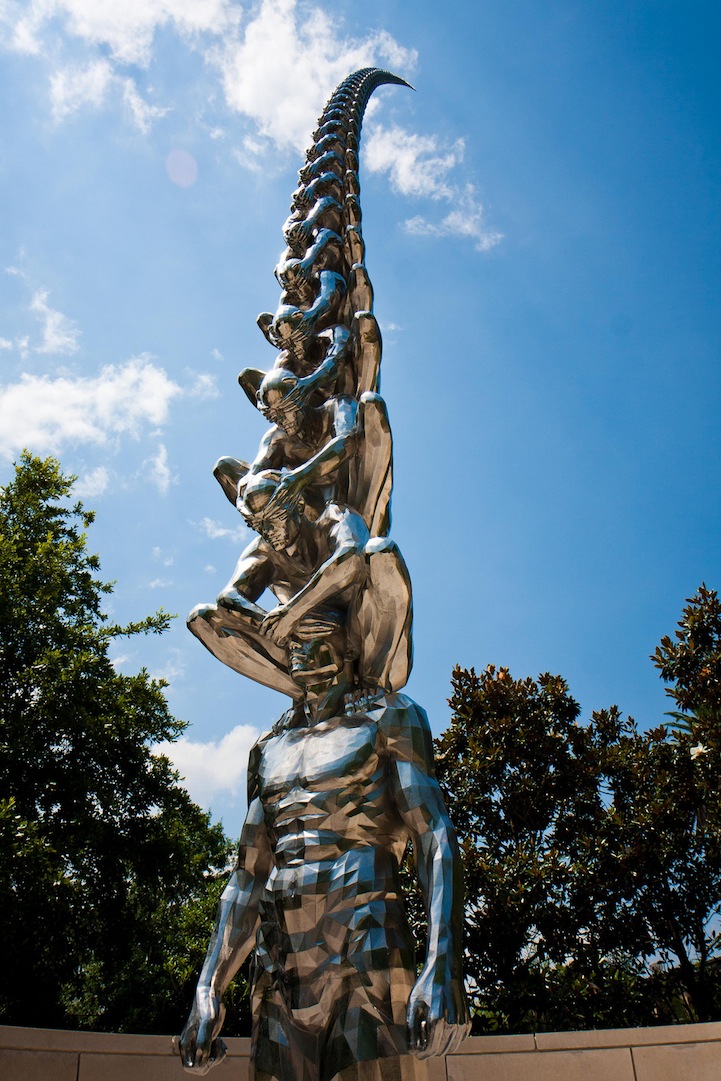 Karma is an intriguing sculptural installation by Korean artist Do Ho Suh that presents countless men sitting atop one another while shielding each other's eyes. Like his Cause & Effect piece, which features a spectacular tornado of figurines, Karma presents figurative sculptures ascending into the sky like a human ladder. However, in addition to being perched on each other's shoulders, they are successively blinding one another which leads one to wonder: Why?

The artist has caught our attention over the years with misplaced houses, a robe made of dog tags, and symbolic floor installations; but it's his use of the human form that is most thought-provoking. His work continually questions one's identity and individuality by using the human body. These stainless steel men, though recognizably different entities, appear to move as one. While the piece is open for interpretation, it makes one question whether the idea behind it is to present the figure of a man blindly following in the path of his ancestors before him, who have risen a step closer to the heavens with each new successor in the lineage. 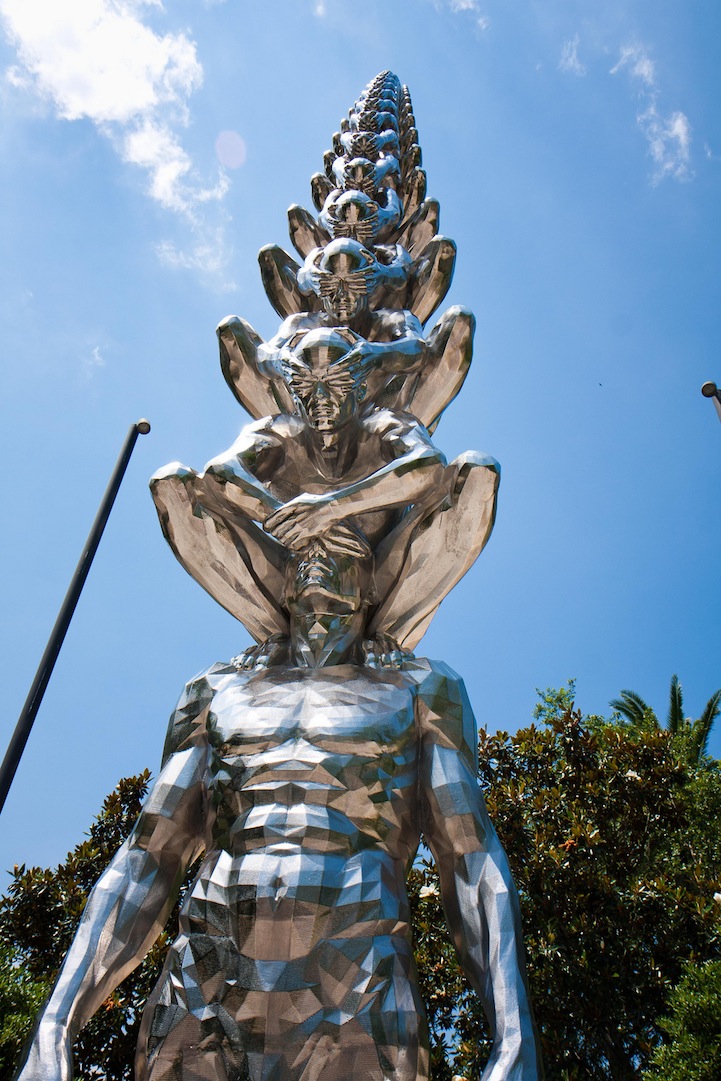 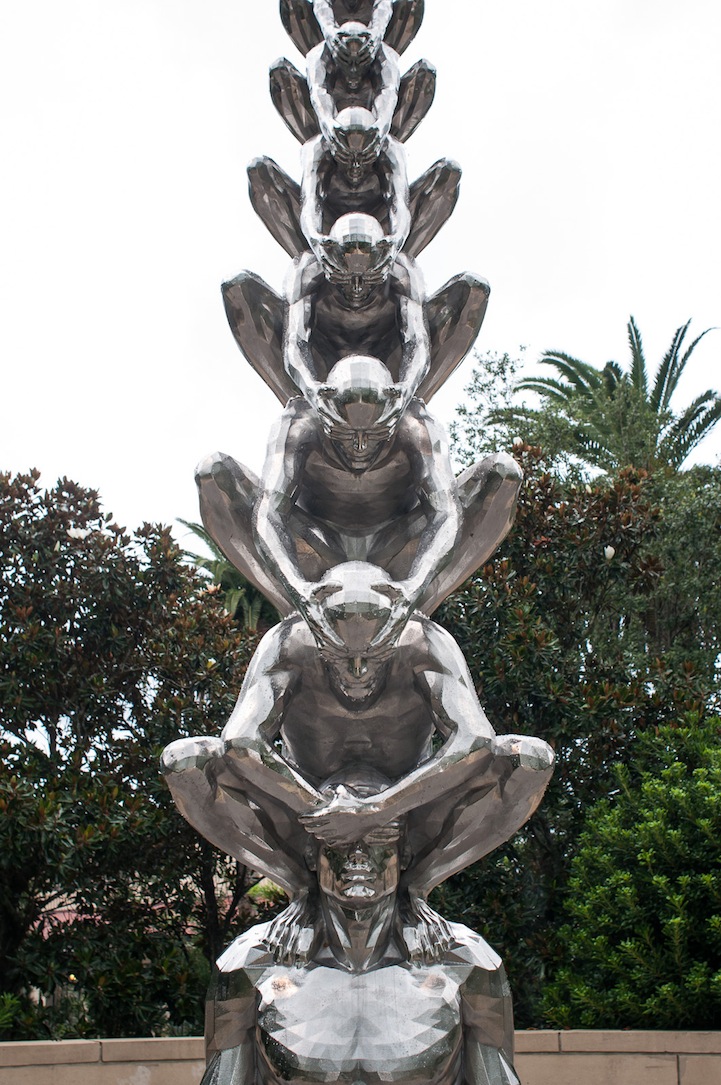 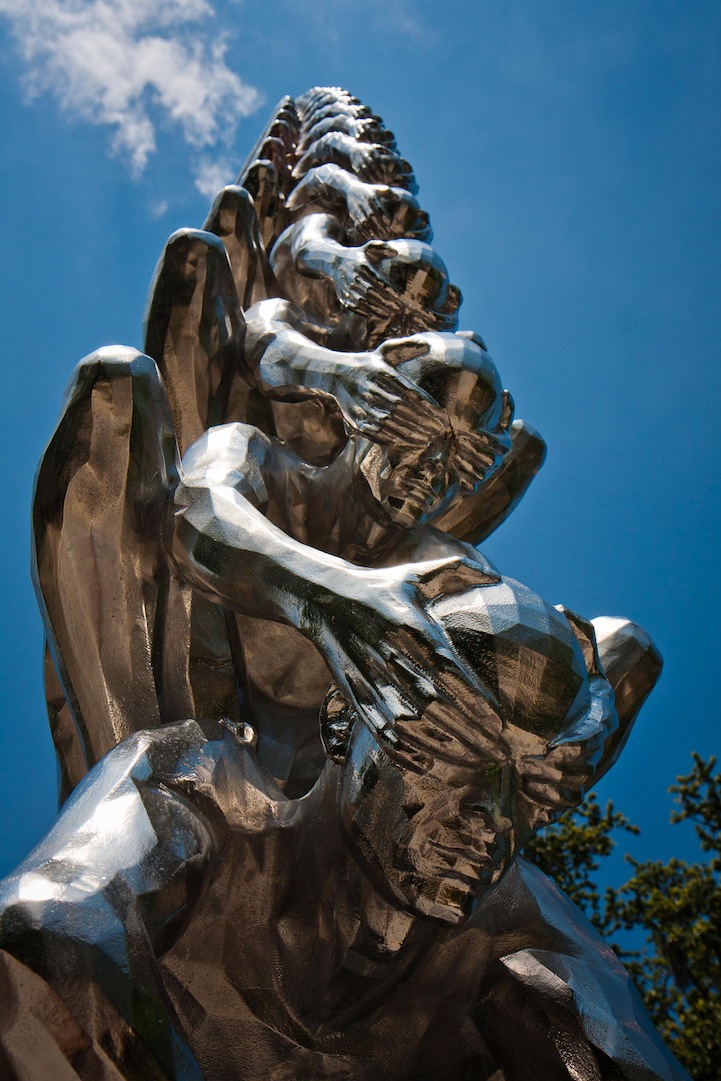 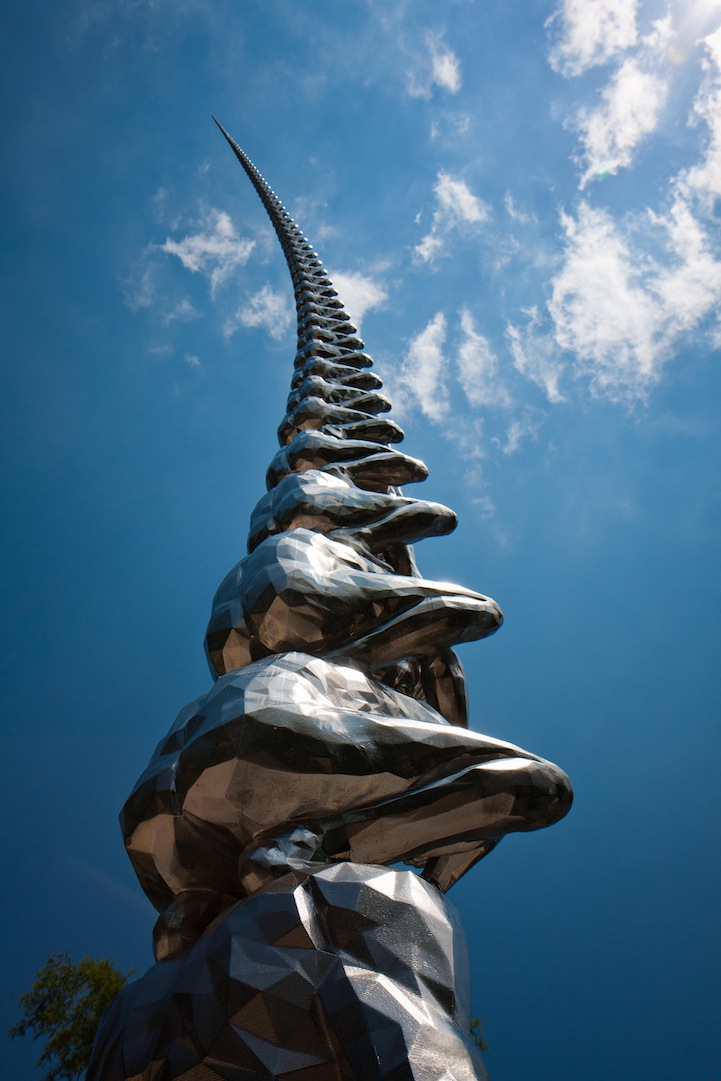 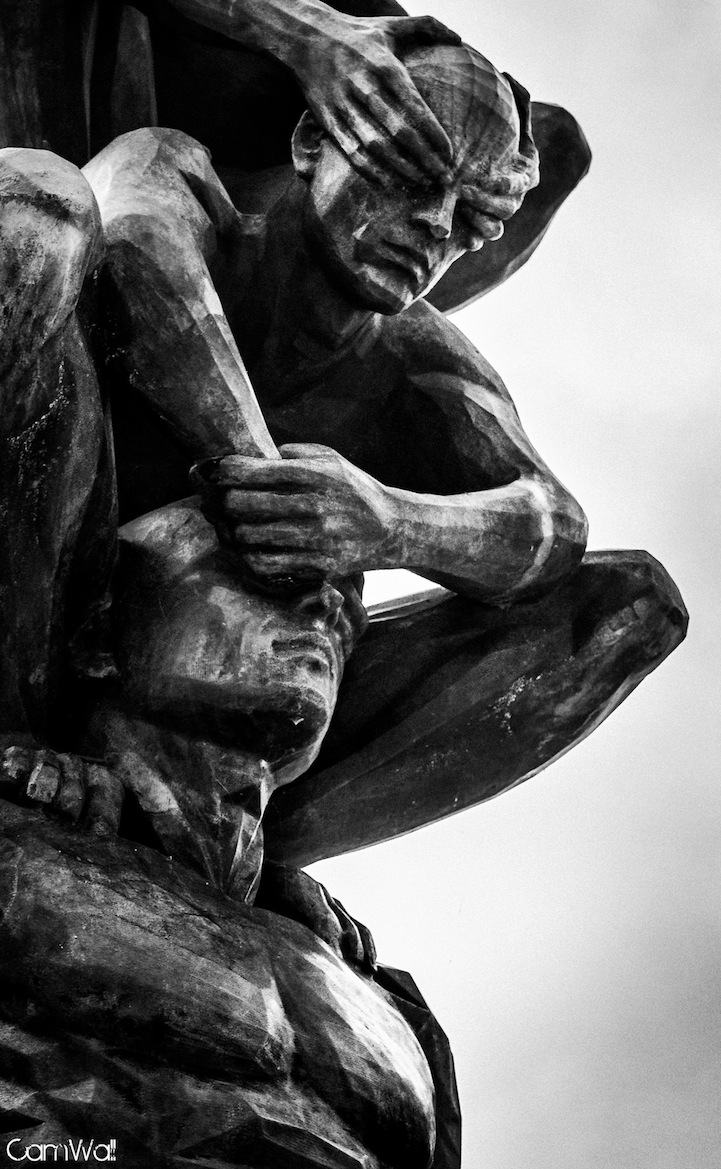 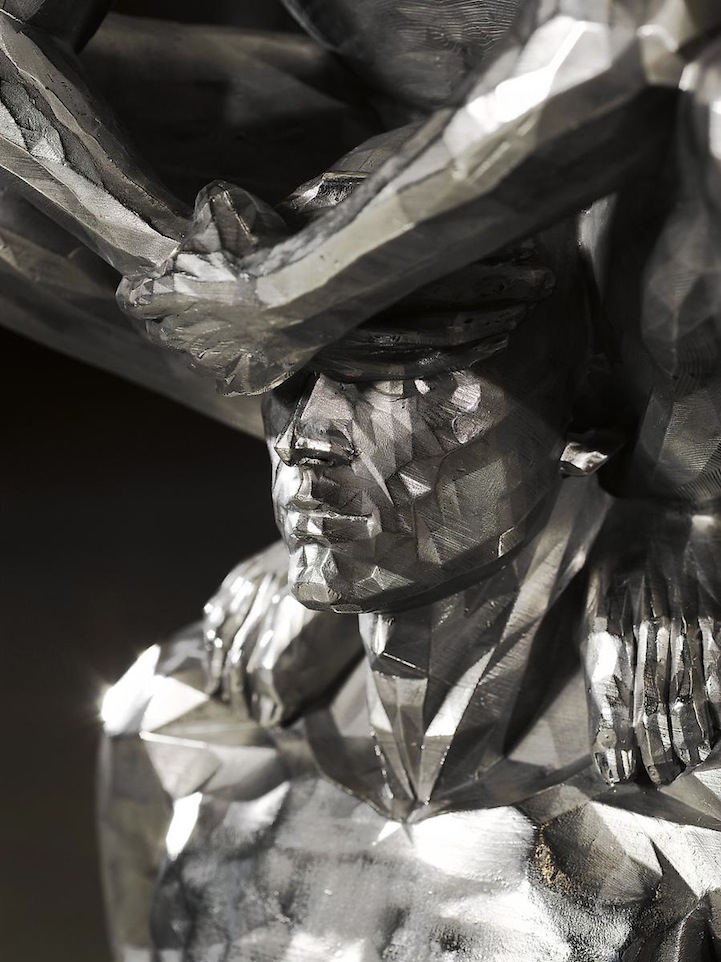 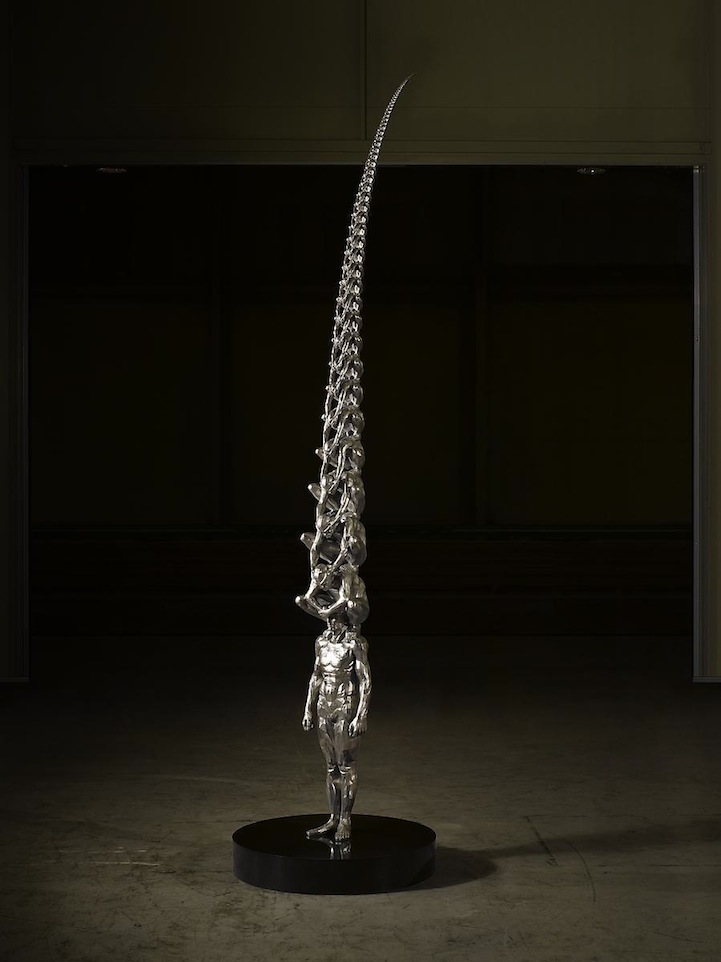