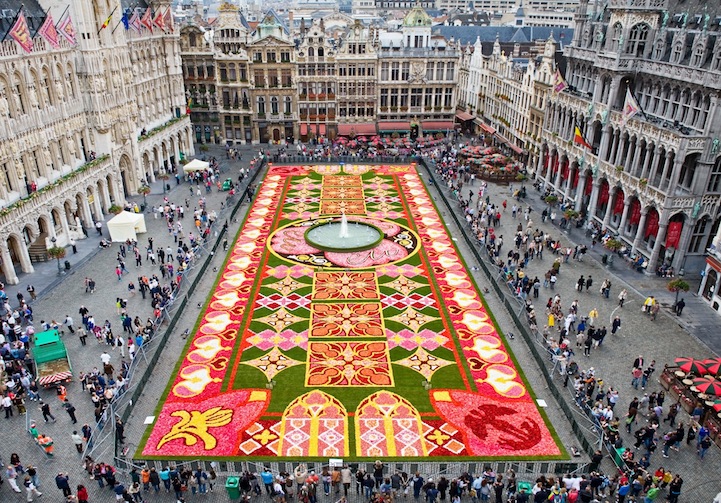 From overhead, these massive formations look like abnormally large stained glass windows. In reality, the captivating formations are part of the Flower Carpet Festival, a biannual event that takes place in Grand-Place Brussels. In the early 1950's, landscape architect E. Stautemans started to experiment with ways to create simple carpet designs that featured his beloved begonias. Over the years, he became an expert on the complex and imaginative arrangements, and the first official Floral Carpet was created in 1971. When his sophisticated style became more popular, the architect was asked to make his works of art not only in Brussels, but all over the world, including cities like Cologne, Luxemburg, Paris, London, Amsterdam, Vienna, Buenos Aires, and even Columbus, Ohio.

The Flower Carpet Festival is an exciting and massive event that brings thousands of people together. Some of those involved include graphic designers, horticulturists, a variety of other artists and artisans, and volunteers who assist in arranging the thousands of flowers together in less than four hours! Each creation begins with scaled models, flower calculations, and color combinations planned out, all up to one year in advance. In preparation for final construction, the spaces between the floral patterns are filled in with rolled turf the night before. On the day of production, hundreds of experienced gardeners pack flowers, one-by-one, tightly together so they won't blow away in the wind, placing an estimated 750,000 flowers every square meter of the ground.

If you are interested in this project, you can check out more pictures and a video of the 2008 carpet design, here. 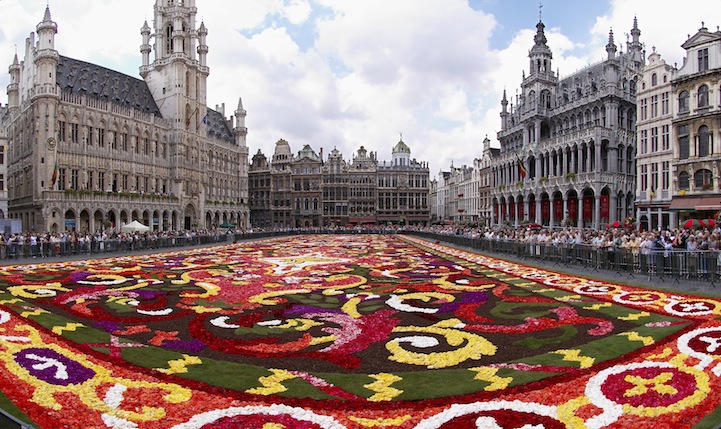 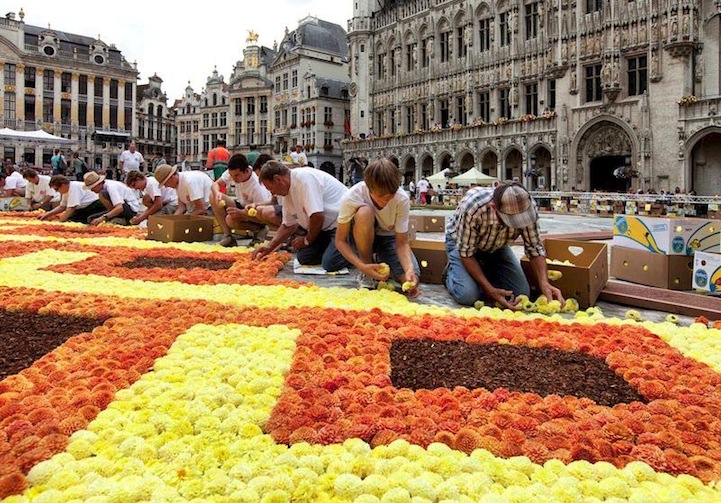 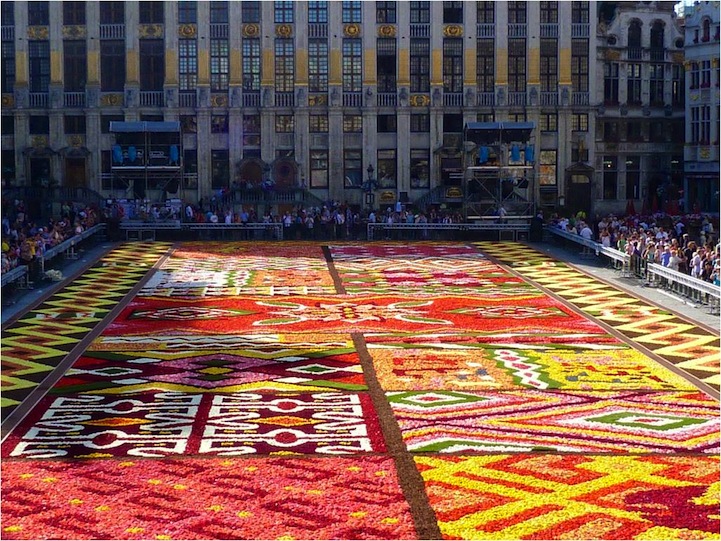 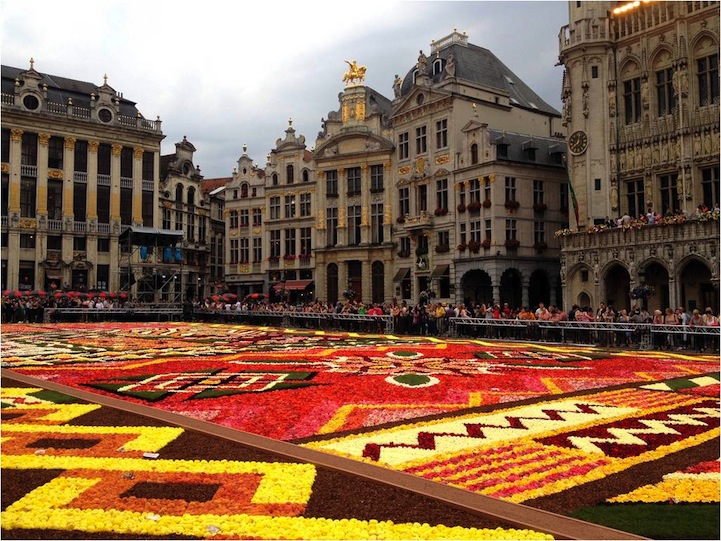 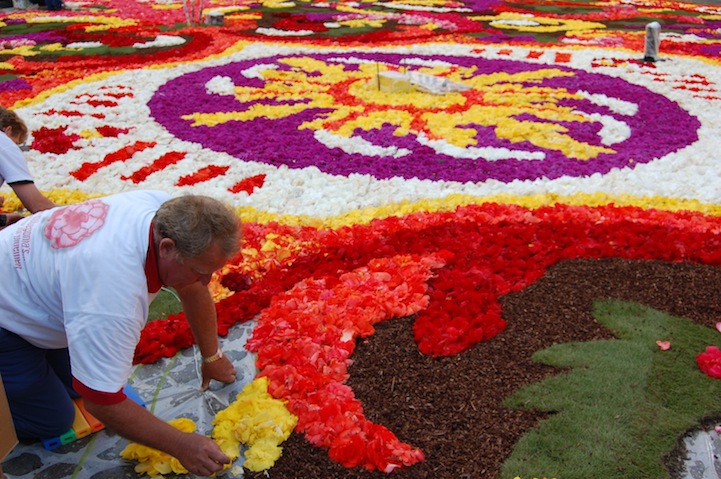 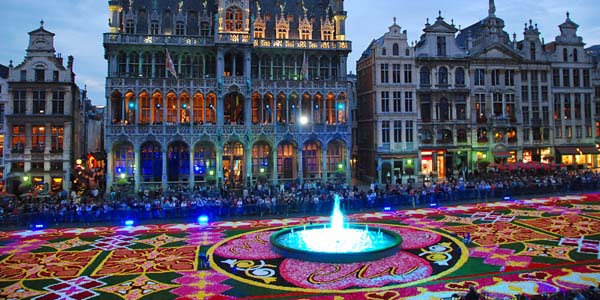 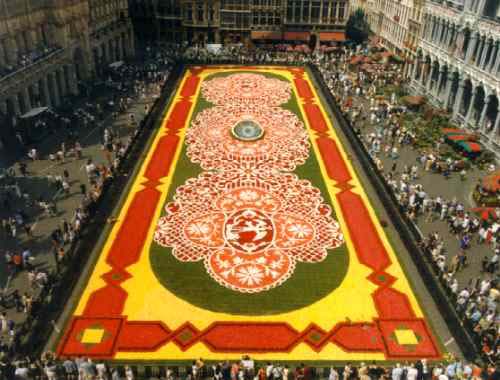 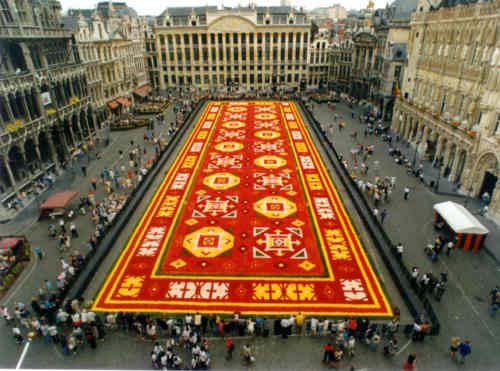 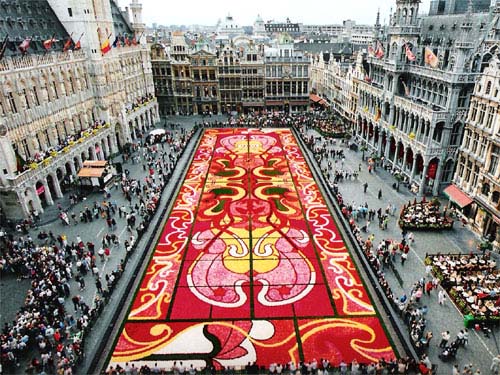 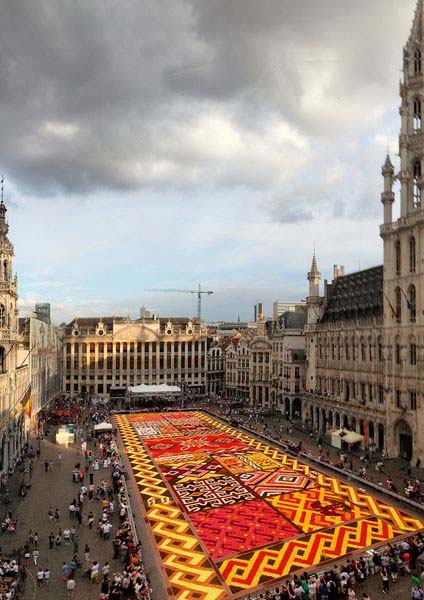