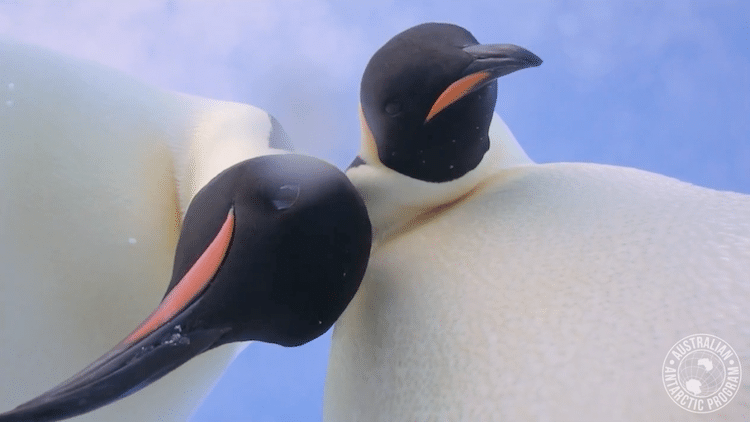 A couple of Emperor penguins are ready for their close up in a video taken at the Auster Rookery near Australia’s Mawson research station in Antarctica. In the short video clip, two curious penguins toddle over to a video camera left by Australian Antarctic expeditioner Eddie Gault. In no time, they've flipped it on its side and proceeded to mug for the camera, accidentally taking some pretty great selfies.

Hearing the crunching snow under their feet and cooing noises, it makes you wonder what these two were saying to each other. Since the video was posted by the Australian Antarctic Division, it's gone viral, with more than 5,500 shares on the organization's Facebook page and 15,000 likes on Twitter.

This isn't the first time an animal selfie has made a splash. From clever cats to adorable quokkas, some of the best animal selfies are snapped without human assistance. And who can forget the macaque monkey who snapped a selfie in 2011, and later sued the photographer whose camera he snatched to take the photos (PETA filed the lawsuit on the monkey's behalf) for copyright infringement?

After researcher Eddie Gault left behind his video camera, two curious Emperor penguins knock it over and get up close for some adorable animal selfies. 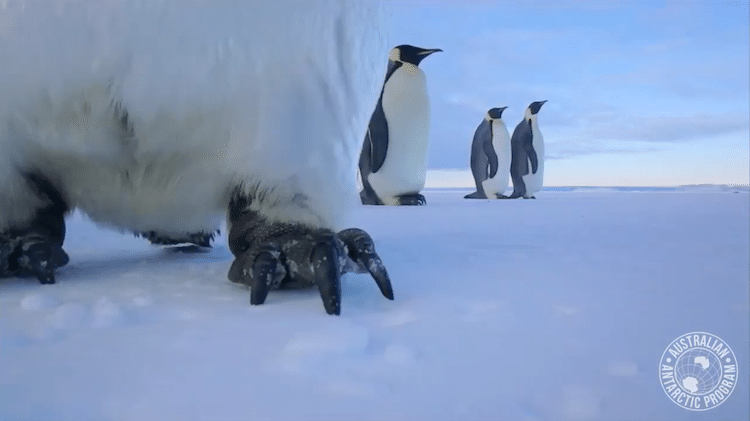 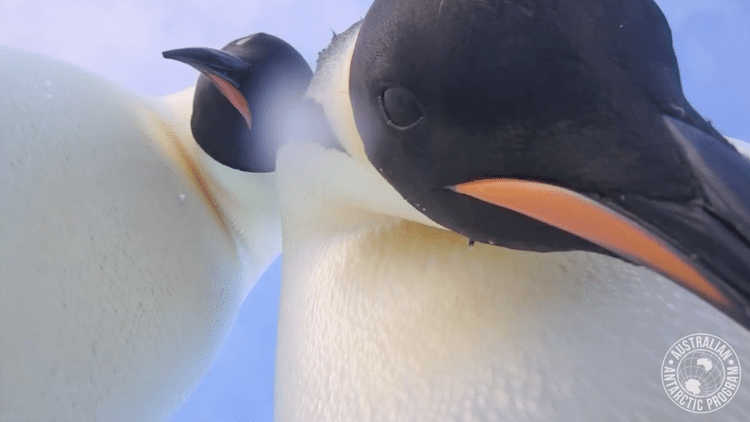 The penguin selfie video, which was posted by the Australian Antarctic Division, has gone viral, with nearly a million views across different social media platforms.

My Modern Met granted permission to use media by Australian Antarctic Division.