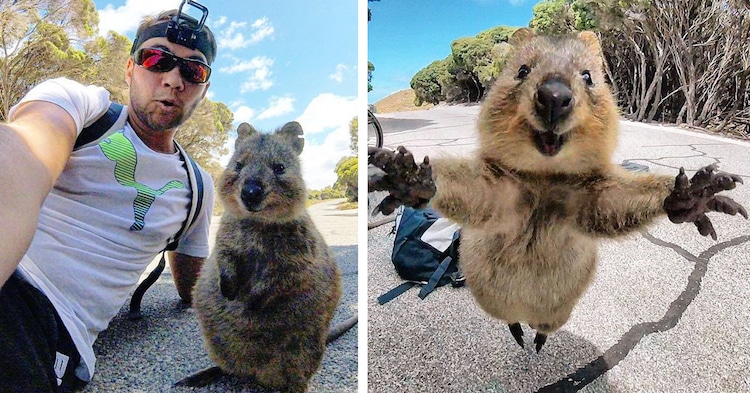 In 2017, a then-21-year-old Campbell Jones and his girlfriend embarked on a bike ride on Rottnest Island. Located off the coast of Western Australia, Rottnest is renowned for its scenic, seaside landscape, warm weather, and ample wildlife—namely, its indigenous quokka population. With its adorable smile and inquisitive personality, the quokka is known as “the happiest animal on Earth.” After meeting one on the bike trail, Jones now knows why.

When Jones spotted the curious creature, he got off his cycle to snap a photo with his GoPro. The cute quokka was happy to pose for the pictures, and even smiled for a selfie. As Campbell wrapped up the impromptu photo shoot and turned to leave, however, it became clear that the mischievous marsupial wasn't quite ready to say goodbye. “As I walked back to my bike, the quokka chased after me,” he told Western Australia's newspaper, Perth Now. “I put down the GoPro and it jumped at me as if to say come ‘come back.’” Fortunately for us, Campbell captured a picture-perfect shot of the affectionate quokka mid-leap, which he shared on his Instagram.

Jones isn't the first Rottnest Island visitor to snag a selfie with the adorable animals. Since the cuddly creatures have few natural predators, they aren't very fearful of humans. This makes them very approachable, and allows camera-ready visitors to Rottnest Island—including Jones and “animal whisperer” Allan Dixon—to get up close and personal with the happy critters. Looks like it's time to book a trip to Rottnest Island!

Campbell Jones and his girlfriend embarked on a bike ride on Rottnest Island. 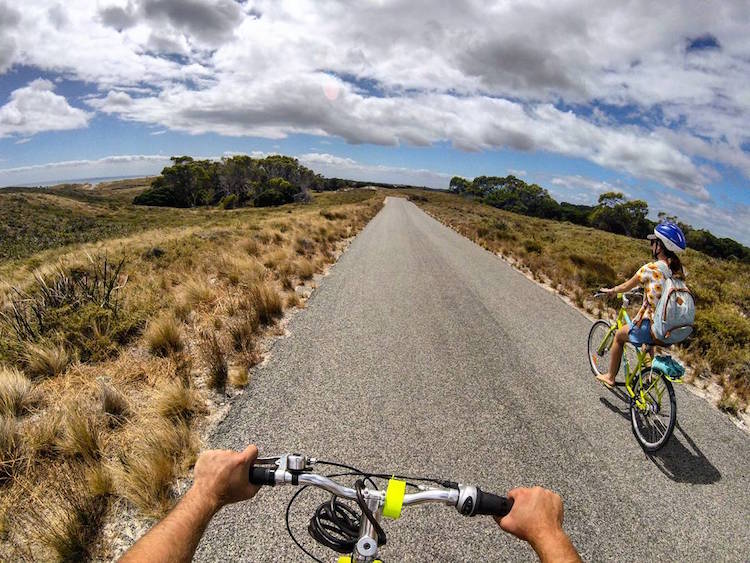 While they were cruising along the coast, they came across a friendly quokka. 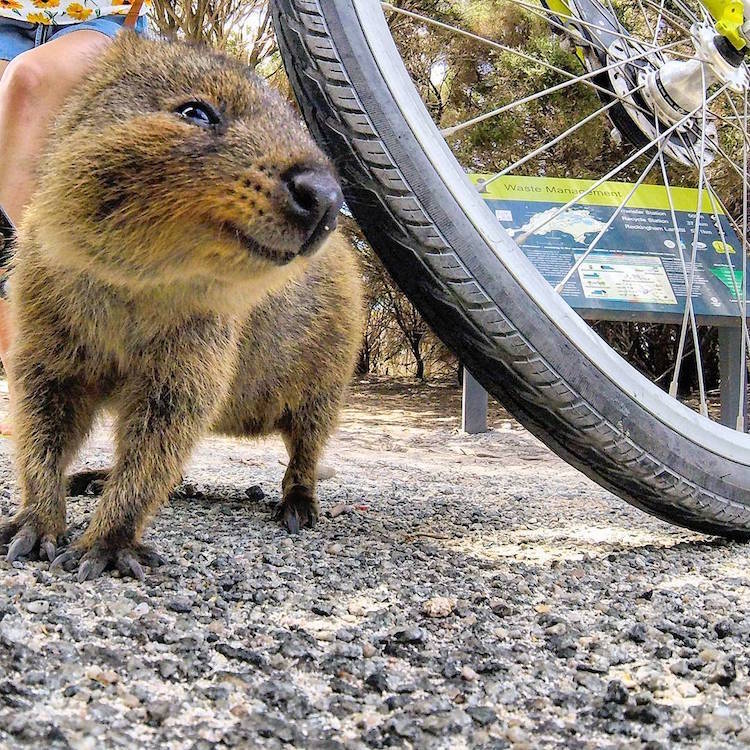 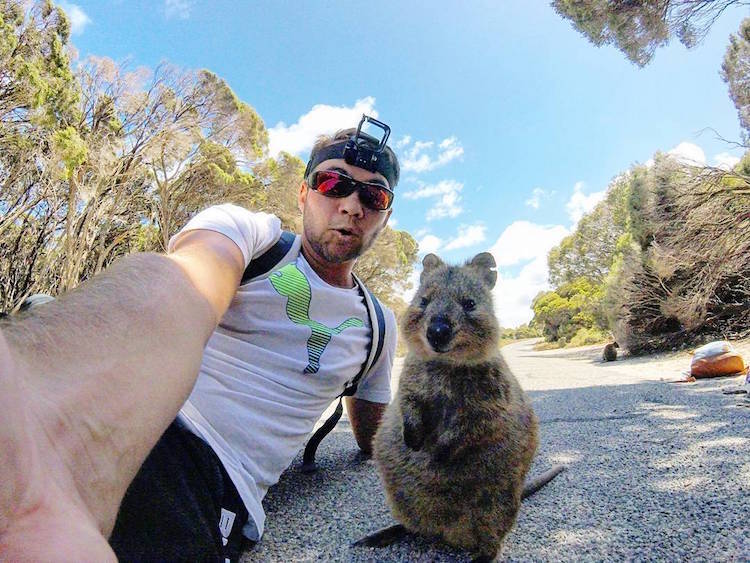 As he turned to leave, however, the creature chased him, begging him not to go. 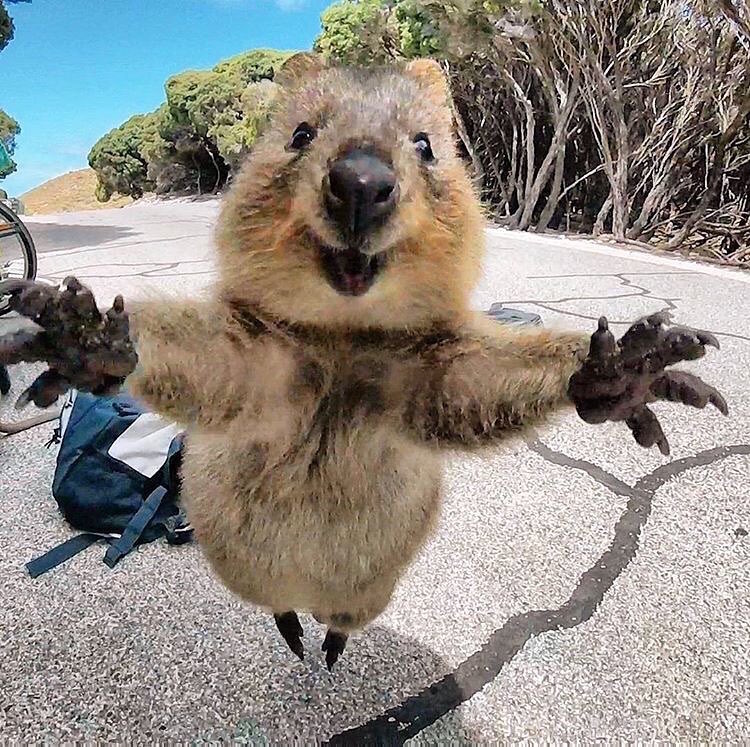 Never underestimate the love between man and quokka! 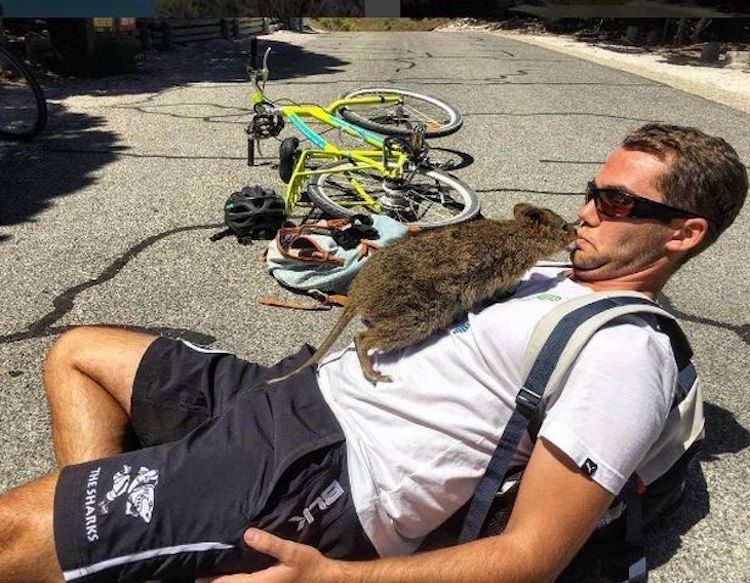