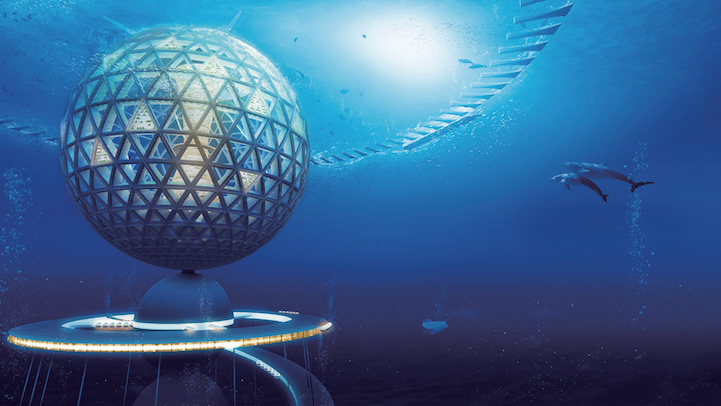 Japanese firm Shimizu Corporation has developed plans for this incredible and futuristic self-sustaining city that floats just under the ocean's surface. This safe haven capable of sustaining a permanent population of 5000 is designed to use the ocean as shelter from storms and other climate hazards, retracting deeper underwater to shield it from conditions above the surface. From its giant spiral-shaped anchoring line, it would also collect thermal energy from the Earth, as well as energy converted from methane emitted by microscopic deepsea creatures. Water for human consumption is provided by desalination equipment also located in the spiral anchor.

Shimizu estimates that the $25 billion project, known as Ocean Spiral, could be started in fifteen years and completed in only five more. Consulting with academic, business, and government experts on the project, the group has already begun gauging and exploring its potential. Shimizu specializes in designing structures that keep up with changing human and natural environments, and are capable of enduring harsh climates. 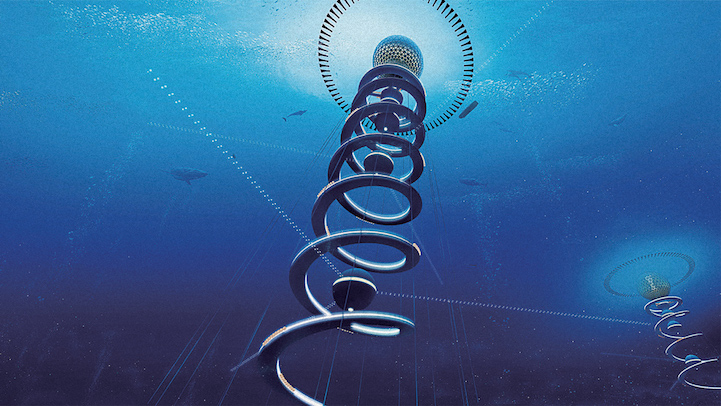 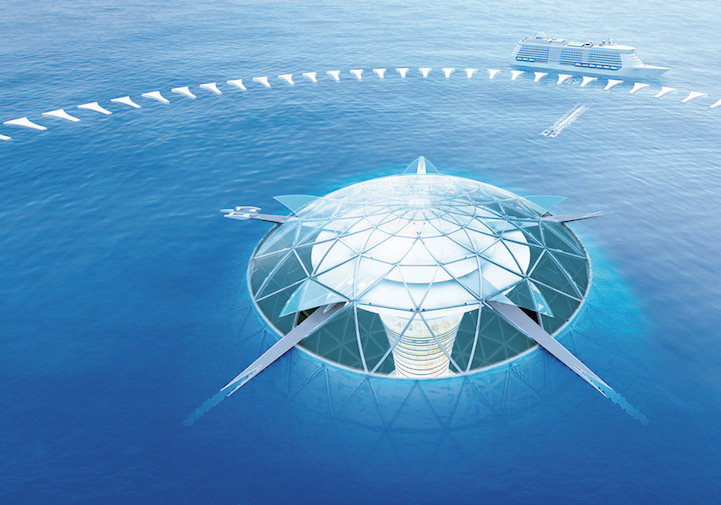 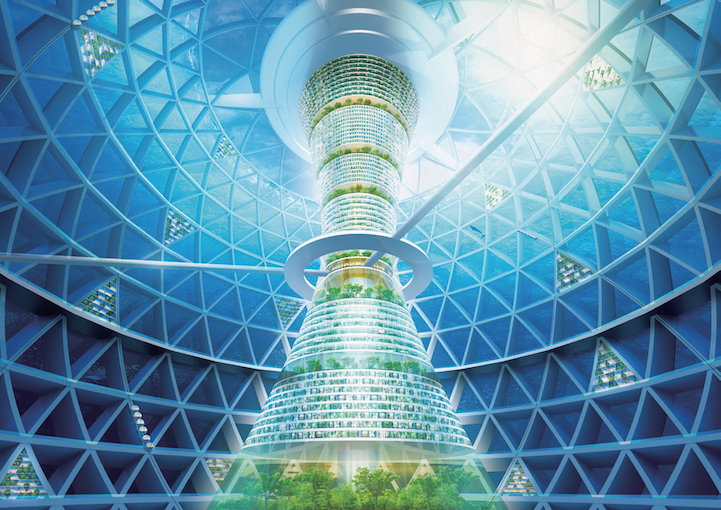 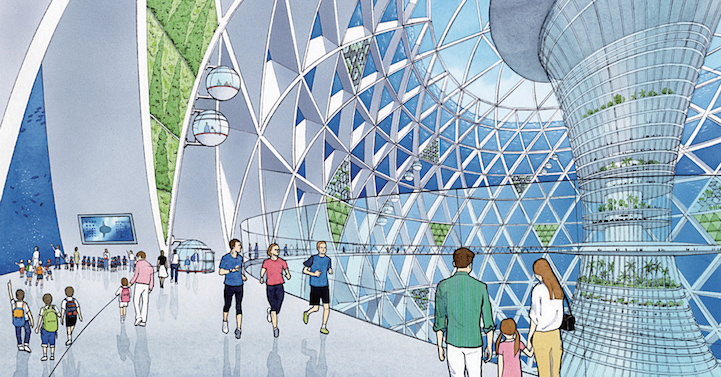 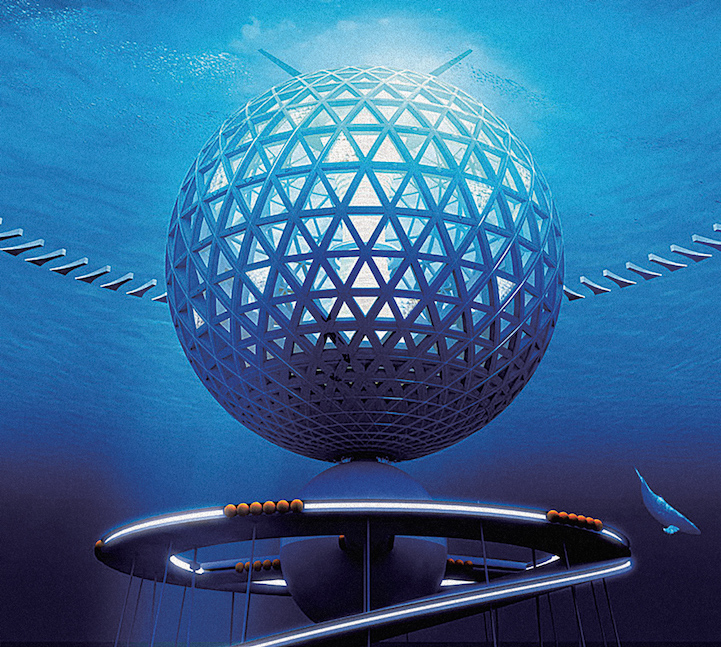 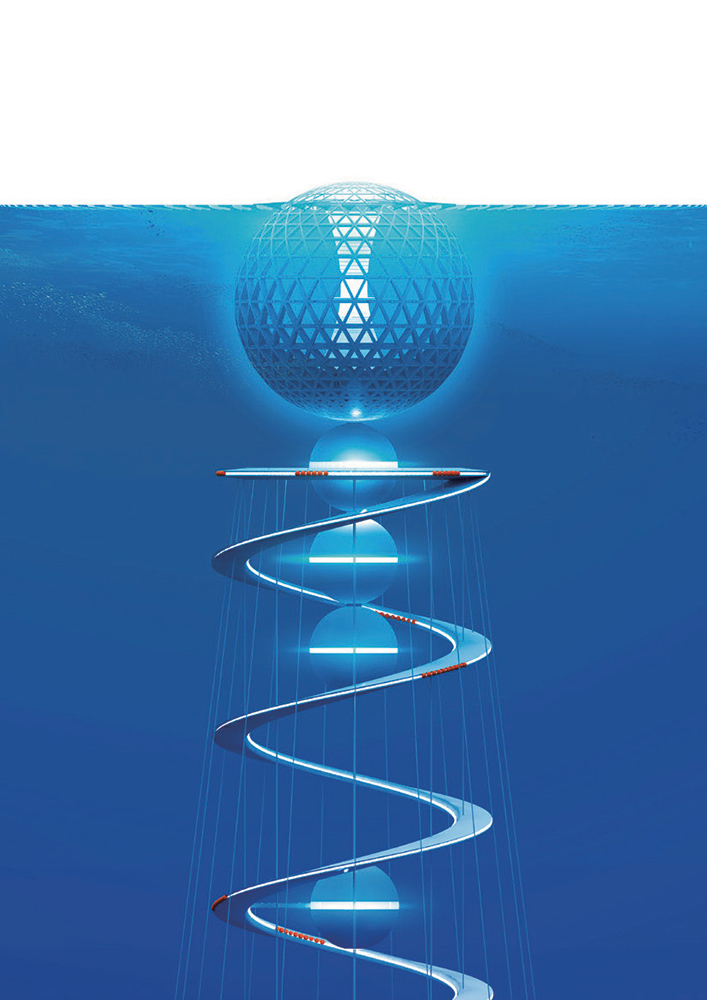 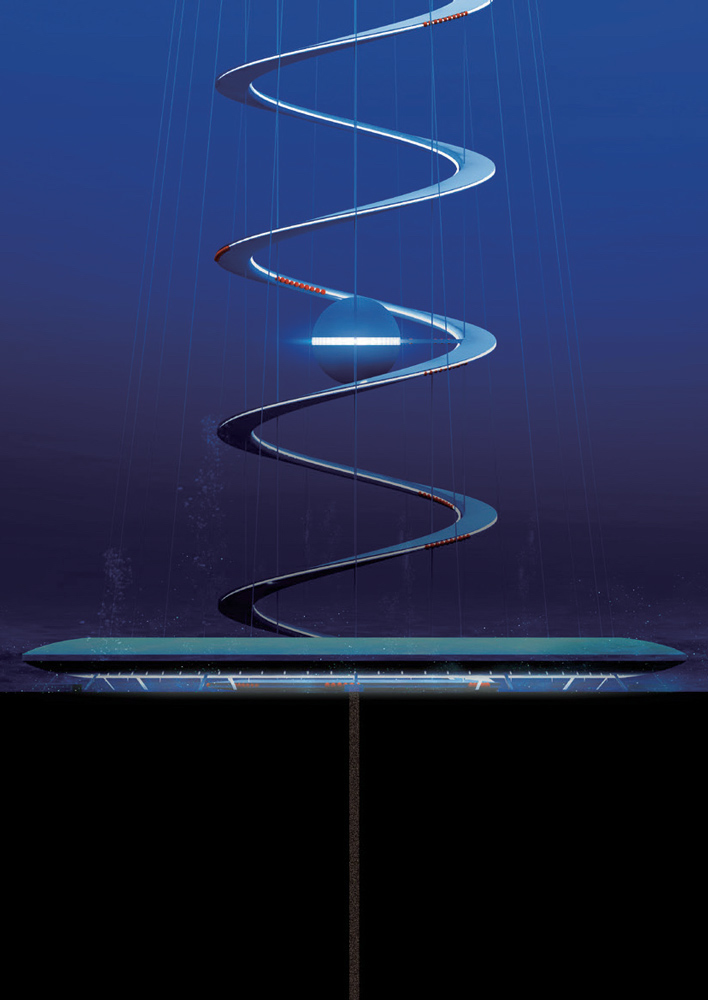