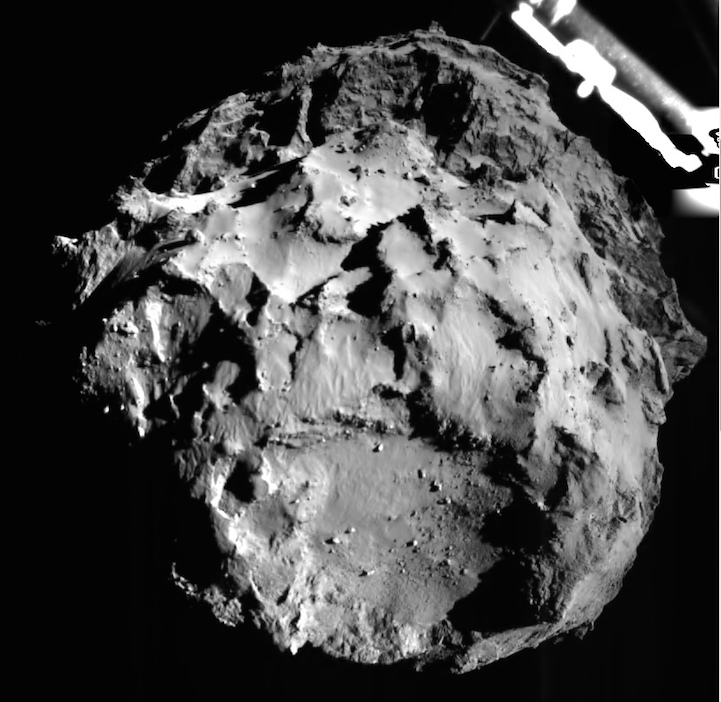 On November 12, 2014, history was made as the European Space Agency's Philae probe successfully touched down on the surface of Comet 67P/Churyumov–Gerasimenko, achieving the very first controlled landing on a comet. For more than a decade, Philae's mothership, the Rosetta spacecraft, has been following the comet around the sun and on its journey throughout the inner solar system in an effort to complete the most detailed study of a comet ever attempted.

The probe has been relaying panoramic images of its surroundings back to Earth since it landed, providing a glimpse of the mysterious surface of Comet 67P. The images reveal a dark, barren landscape filled with towering cliffs, dry dunes, and rocky terrain. While Rosetta continues on its journey, Philae will remain on the comet, analyzing the composition of the surface and sending data back to Earth to provide us with a clearer picture of unknown territory in the vast expanse of space. 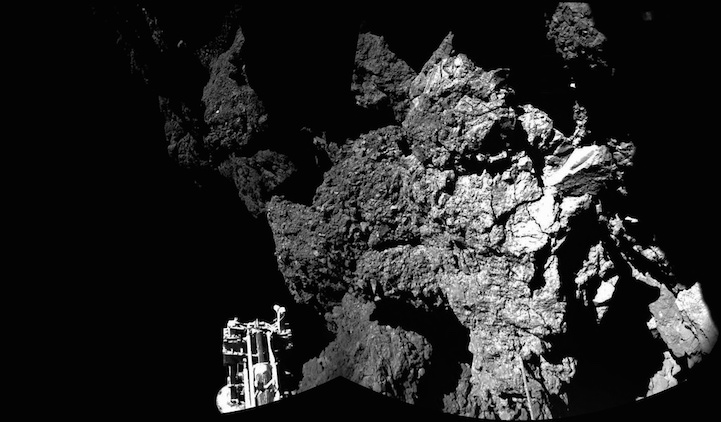 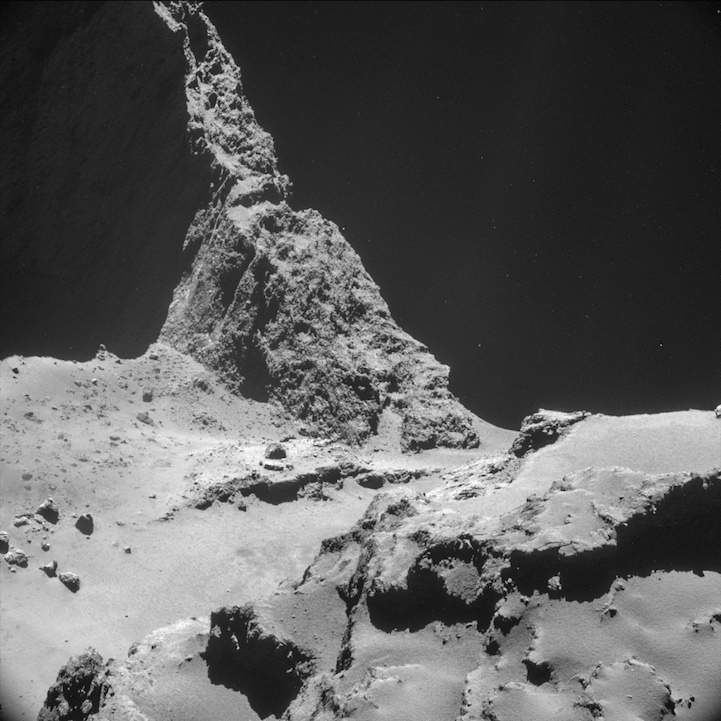 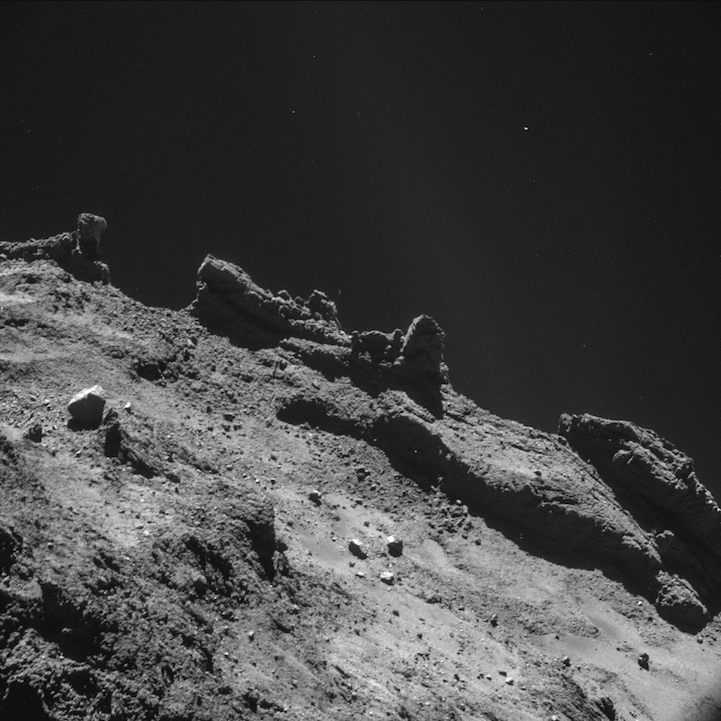 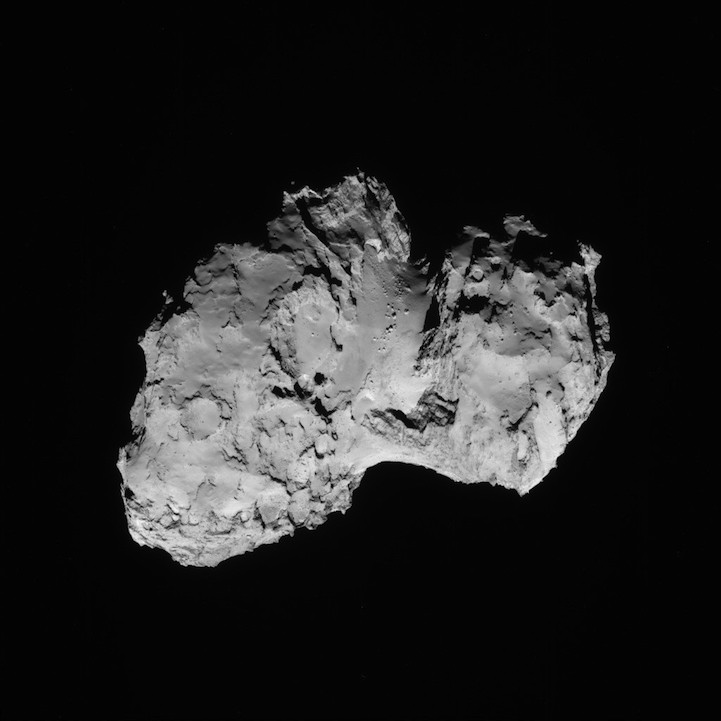 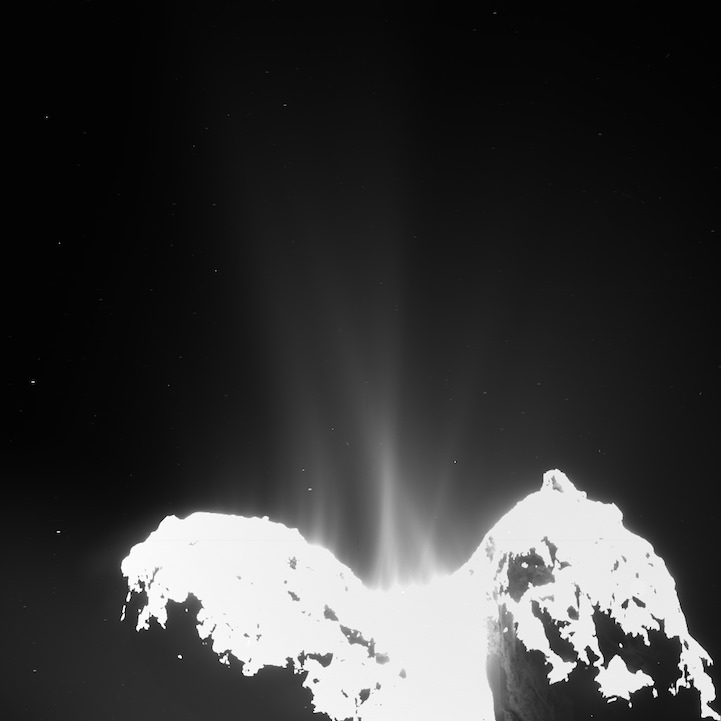 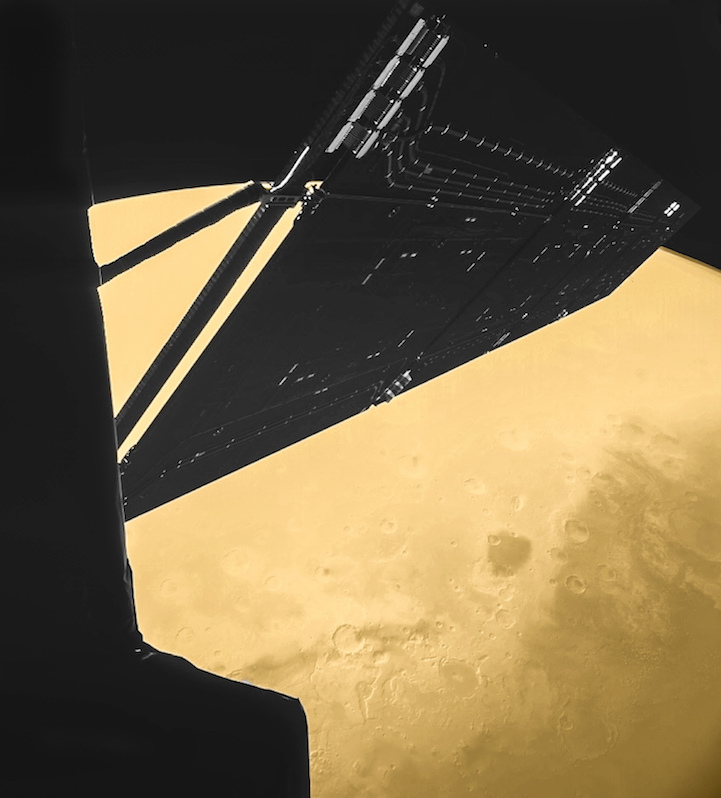 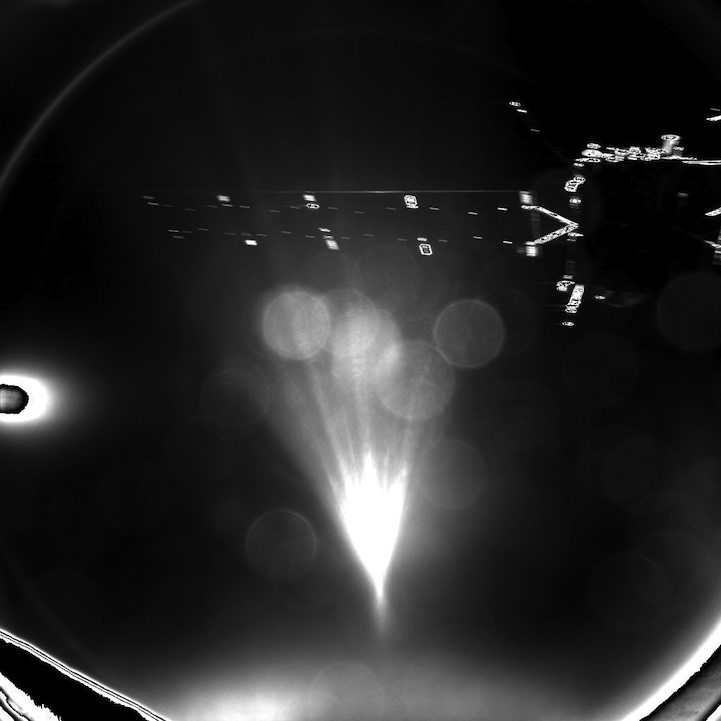 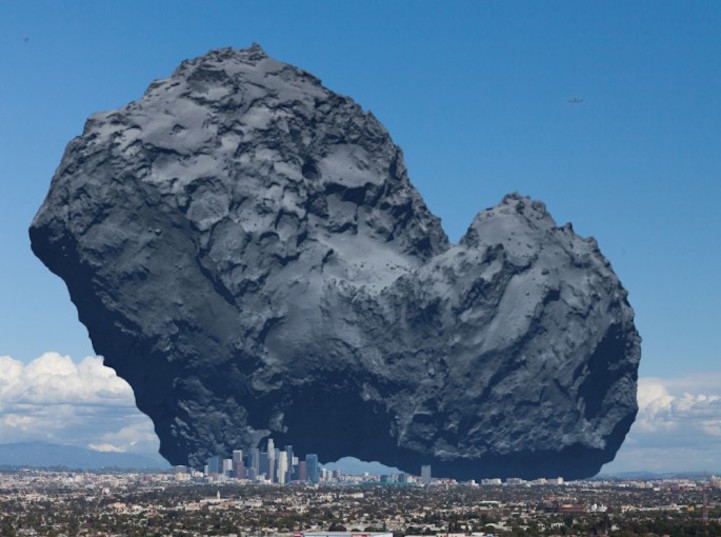 For some perspective, here's Matt Wang‘s depiction of what Comet 67P would look like compared to the size of Los Angeles, rendered to scale. According to the European Space Agency, the comet is about as tall as Mt. Fuji!