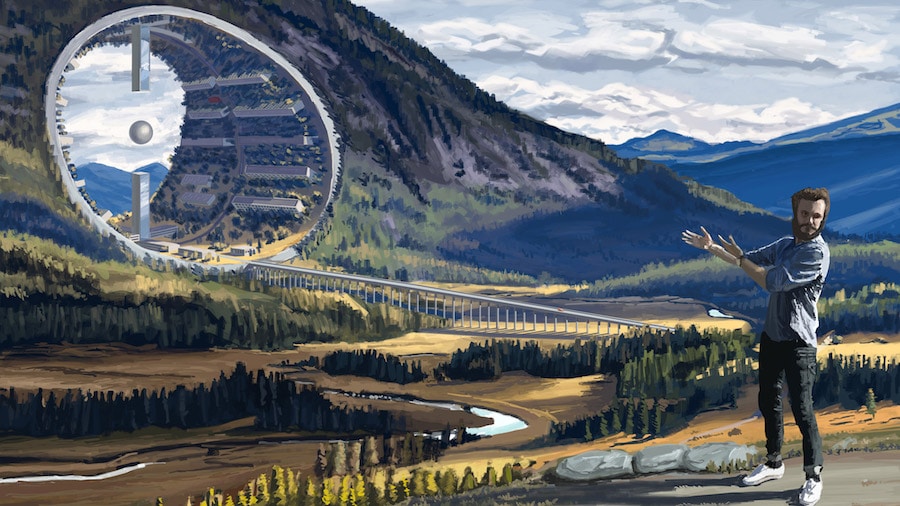 In a ceremony at the National Building Museum, the winners of the Fairy Tales 2017 competition were recently announced. Entering into its fourth year, the contest calls for artists, writers, illustrators, and architects to submit their architectural fairy tales. Each entry, complete with narrative text and five images, is evaluated by an expert jury of architecture professionals, including Stefano Boeri and Michael Van Valkenburgh.

This year, the jury awarded three prize winners, an AIAS (American Institute of Architecture Students) winner, and 10 honorable mentions. “The proposals put forth in the Fairy Tales competition create entire worlds of the imagination,” Chase W. Rynd, Executive Director of the National Building Museum and a jury member, shares via email. “They build their immersive stories as much by what they don’t say, as by what they do. The winning entries in this year’s competition include oblique references to current events, mundane daily activities and human emotions that we all easily relate to.”

Winners of the contest, which is the world's largest architectural competition, have gone on to transform their entries into short films, comic books, and exhibitions. Surely this year will be no exception. The winning entry Last Day, by Ukranian architect Mykhailo Ponomarenko, is a sci-fi tale where the seemingly mundane landscape holds unexpected surprises.

You can read about the winning entries in full via the Blank Space website and continue on to see what the winners have to say about their architectural fairy tales. 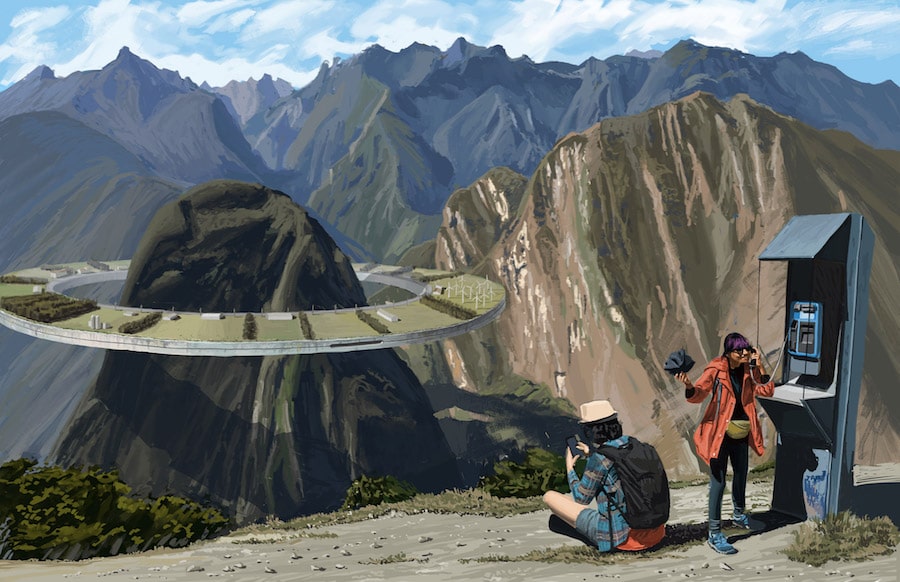 “Landscapes have always inspired me to put something weird, unreal and out of human scale into them. Something not feasible and not practical that contrasts with the natural surroundings, but also exists at the same scale. These satirical interventions lead to new ideas and feelings about nature – they make the viewer more aware about the environment and our harmful impact on it. We are flat surface creatures. Sometimes I feel that we crave it so much that the planet is going to be turned into pavement so cars can go anywhere, and our industries could continue expanding. The ‘Saturn Rings' in my proposal represent these flat surface desires but in a more poetic, optimistic, and friendly manner.” 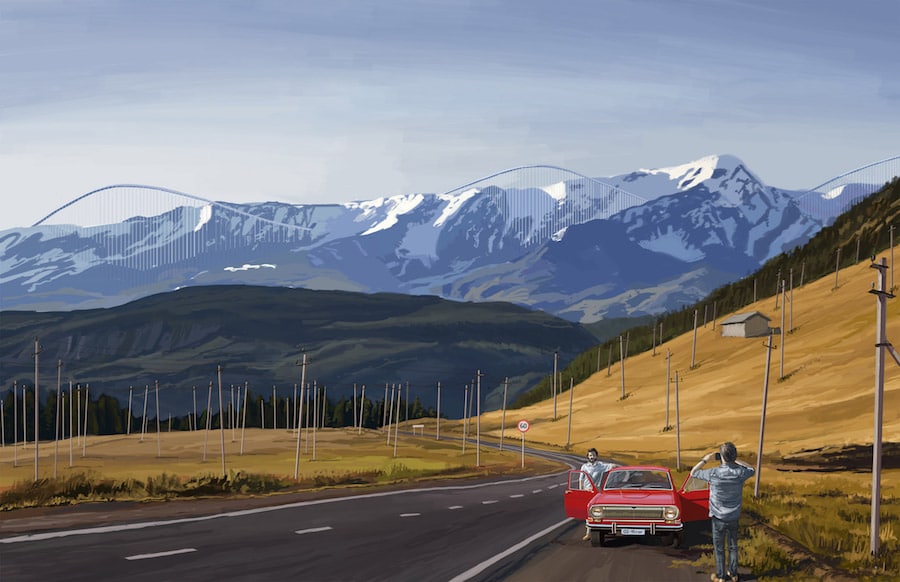 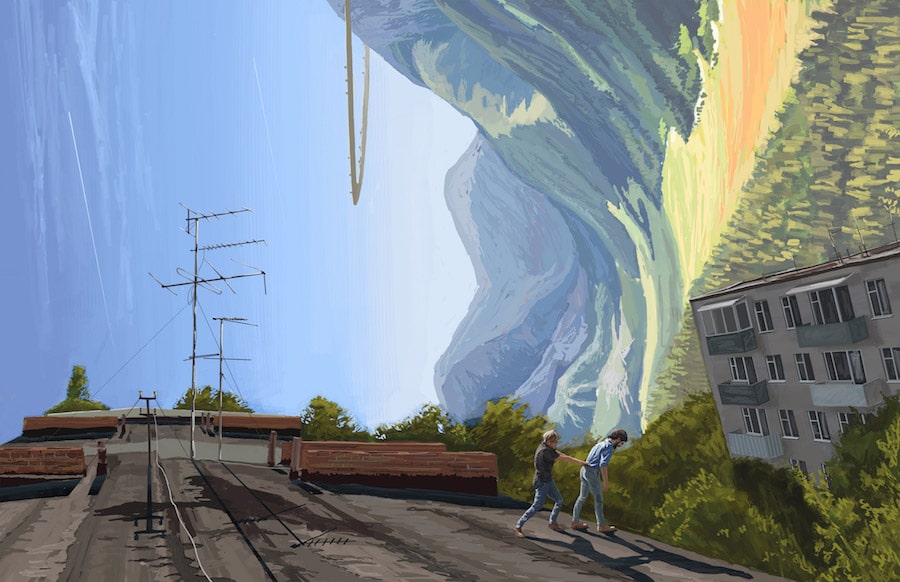 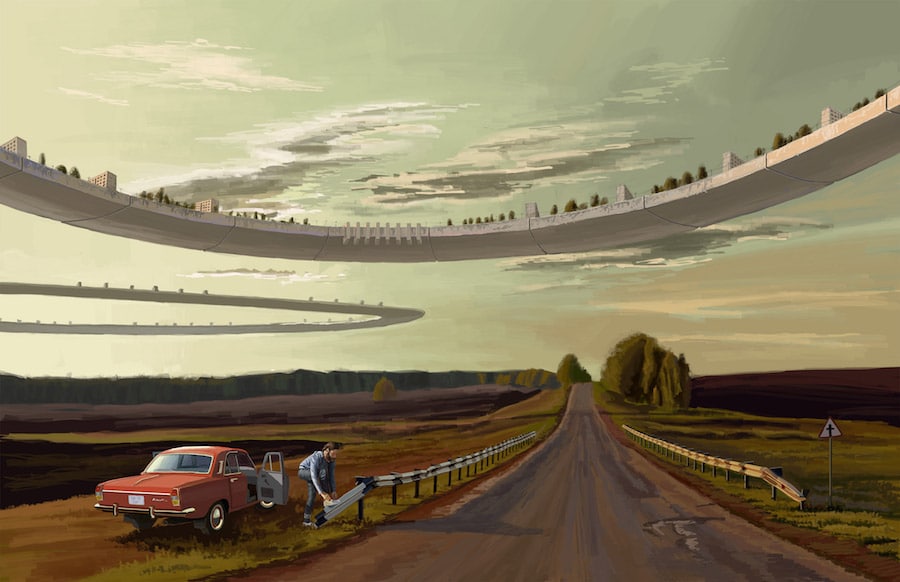 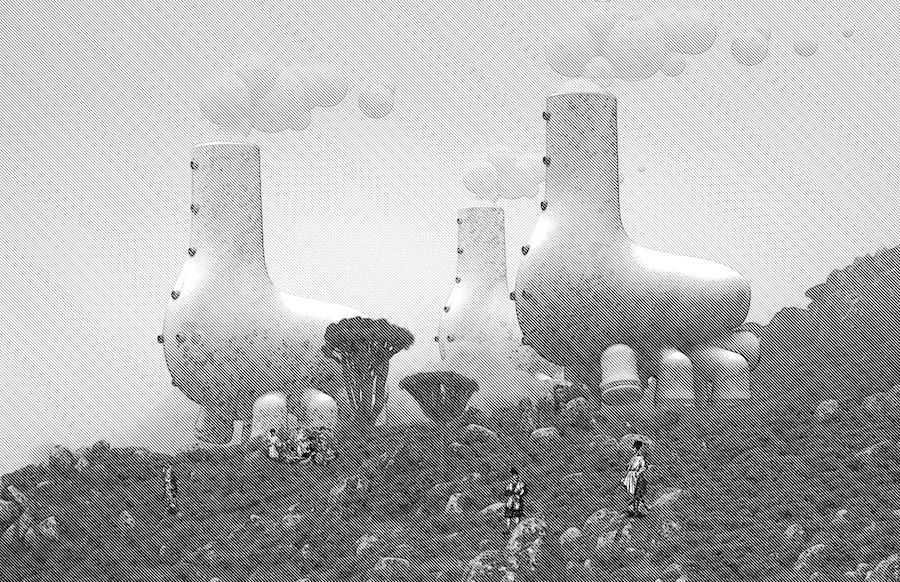 “The city in this story was an exploration of civilization and urbanism as humanity’s relationship with natural and biological systems that exist on a vastly longer timescale than the human lifespan. Creating a closer relationship time-wise between human and natural timeframes let me derive a new urban typology, which also acts as a parable of overexploitation. I was trying to work through an inferred genealogy from the USS Monitor to Hayao Miyazaki, working through a tradition of humanizing massive, aggressive machines.” 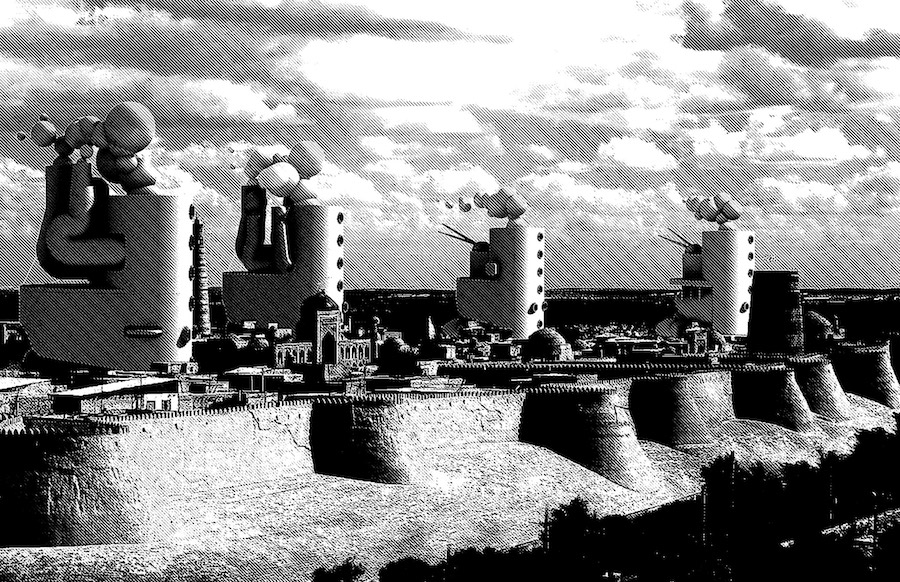 Third Prize, Up Above by Ariane Merle d’Aubigné and Jean Maleyrat 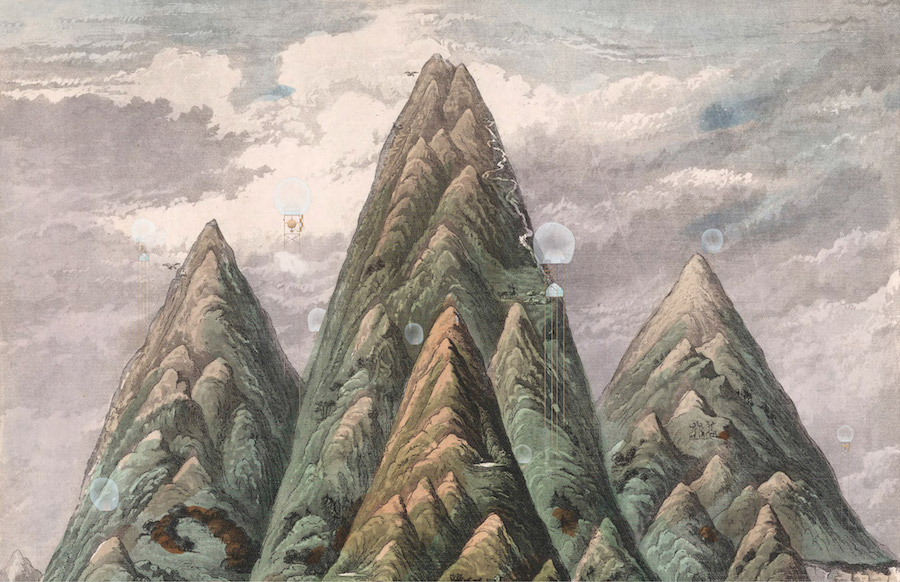 “Revisiting the world of fairy tales by participating in the Blank Space competition was very stimulating. The short narrative takes a look at reality through the marvelous and the fantastic. We have tried to highlight contemporary issues and concerns by letting the supernatural burst into reality. Migration, the accumulation of wealth, overpopulation, the terrorist threat and pollution are some of the issues with which we live every day. We highlighted these concerns and our love of art through this poetic tale. Our generation often aspires to an “elsewhere”, in our “elsewhere” the rules of the game have changed.” 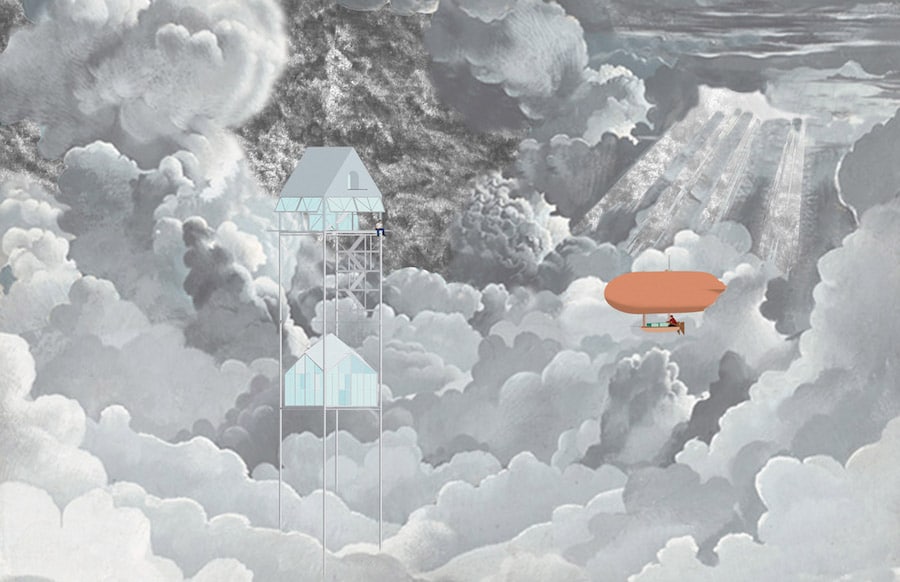 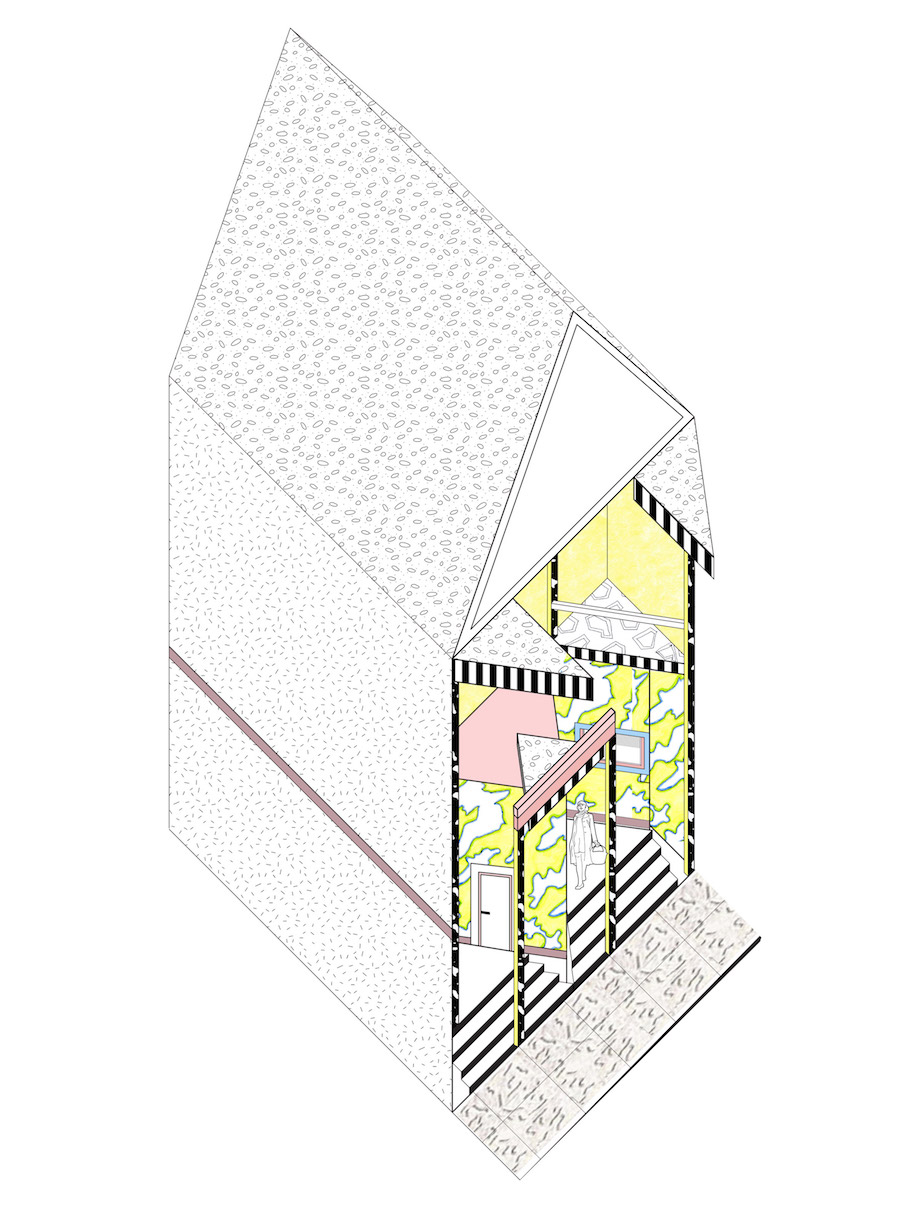 “Playing House embodies the idea that architecture can eclipse the personality of its occupants, where the character and style of the architecture dictate the mood of the inhabitants. The loud textures and discordant angles of the home sparked the idea for the story: transitioning from room to room manifests itself in drastic physical and psychological change. The drawings, the genesis of our submission, address architectural conventions of projection drawings, merged with the unconventional appearance of the home to create friction. This act is mirrored in the story, where a typical visit from a neighbor turns peculiar. The two creators of this project worked closely throughout their undergraduate career, creating an inseparable partnership for their first collaboration.” 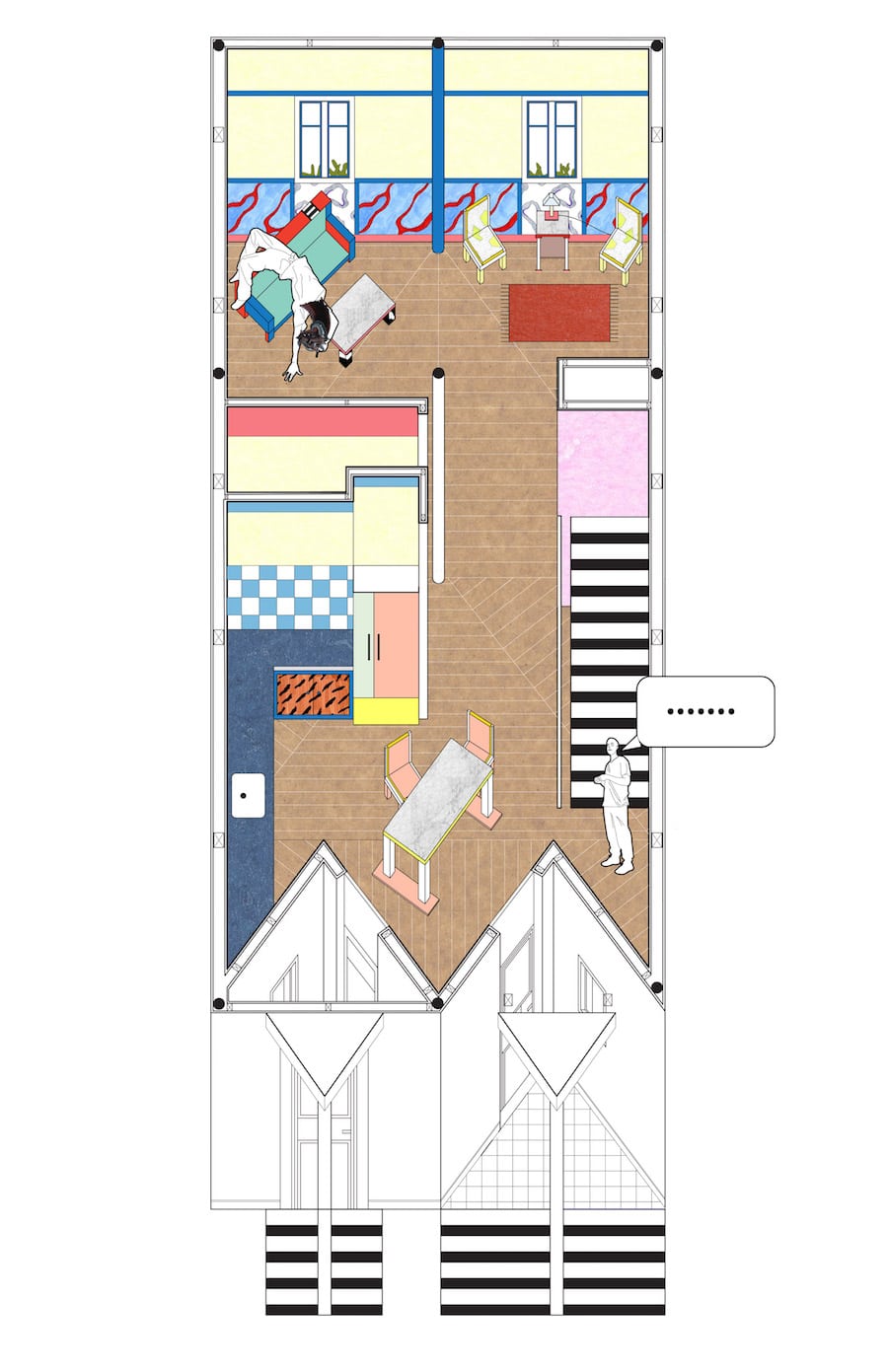 My Modern Met granted permission to use images by Fairy Tales 2017.