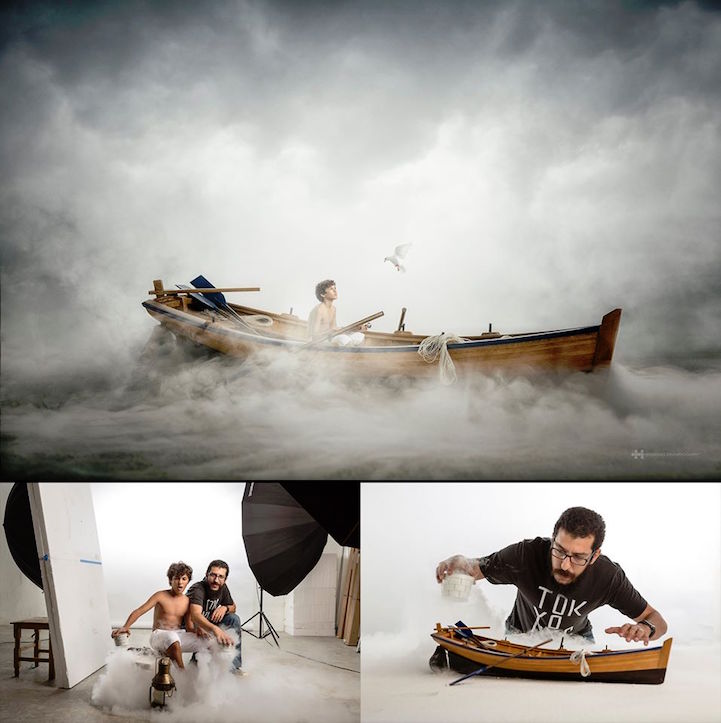 Felix Hernandez approaches the world in the same way a painter does–not to document what already exists, but to express what's inside his soul. He does this through playful pictures that reimagine toys and models in grandiose, fantastical settings. A miniature car, for instance, is transported from the comfort of Hernandez's studio into a desolate, snowy landscape. Likewise, a figure from the Star Wars universe is no longer standing on a table, but wielding its powerful light saber in the desert.

Through his work, Hernandez has realized that he can still enjoy the things he did many years ago. “Ever since I was a kid I used to spend hours alone in my room playing with my toys,” he wrote in a blog on PetaPixel. “Now that I'm a ‘grownup,' I've realized that I never stopped playing and that the only difference is that now I have a camera on my hands.” Photography and digital art allow him to make childhood dreams a reality.

To translate his fantasies into photography, Hernandez focuses on scale. Nearly everything–including lighting and camera angles–are done based on his models and adapted to their size. He also tries to create as much magic as he can in-camera. “For snow scenes, I use wheat flour,” he explains. “For atmosphere, I add smoke. For rain, I spray water. For droplets, I add corn syrup.” Afterwards, he uses Photoshop for effects that are difficult or impossible to do otherwise, like adding a sense of motion or color grading.

“In the end, my small scale photography is just a mix of playing and technical photography,” Hernandez says. “The hardest part lies in our minds and in our hearts – staying childish, foolish, and dreamy.” 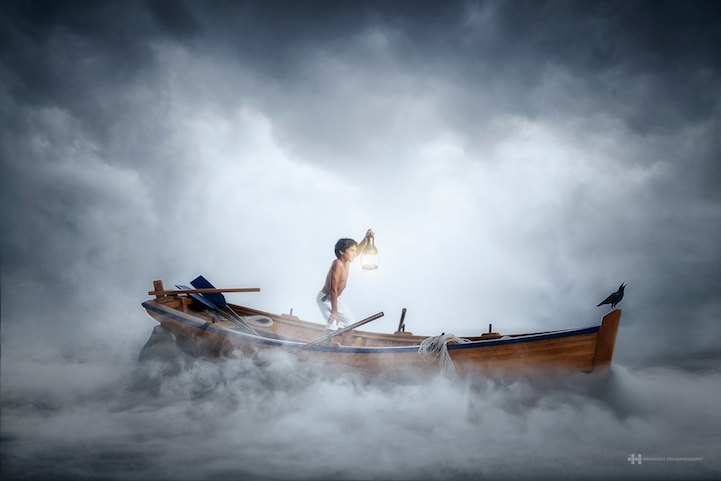 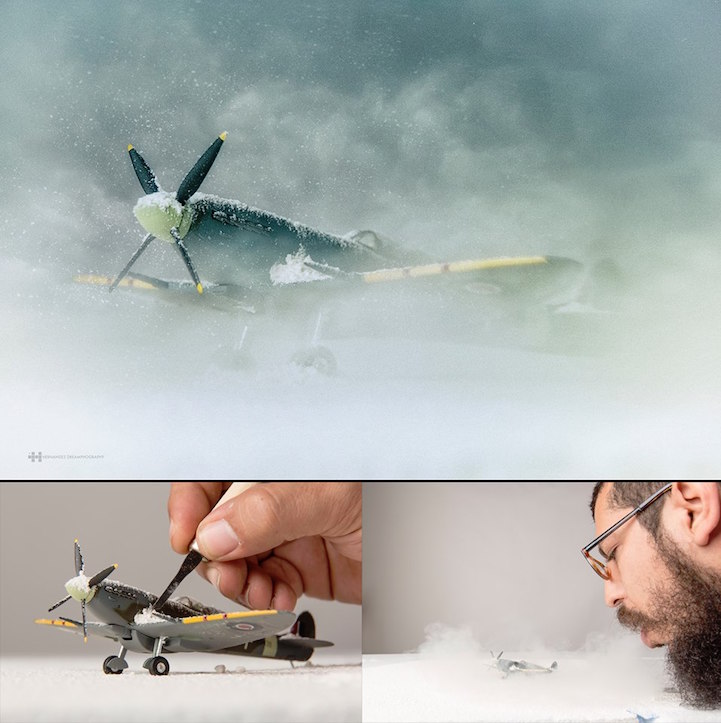 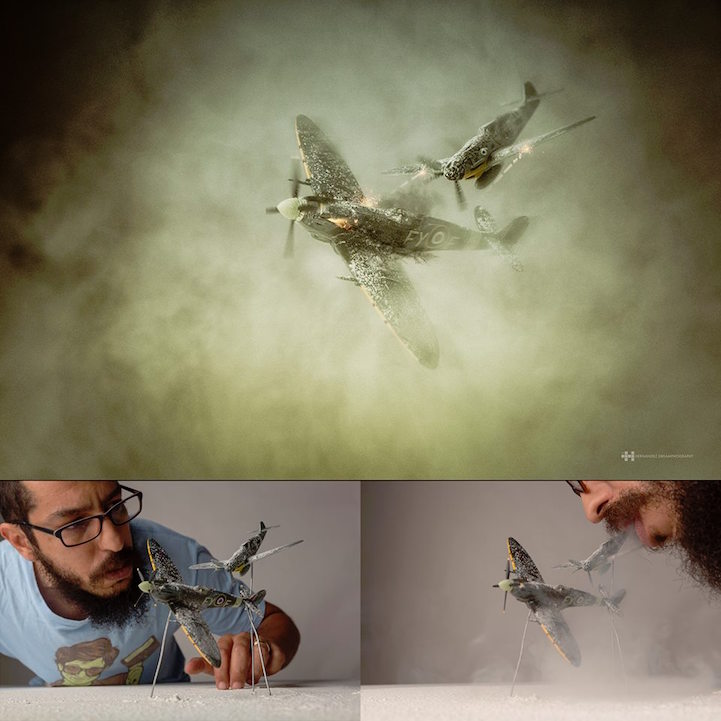 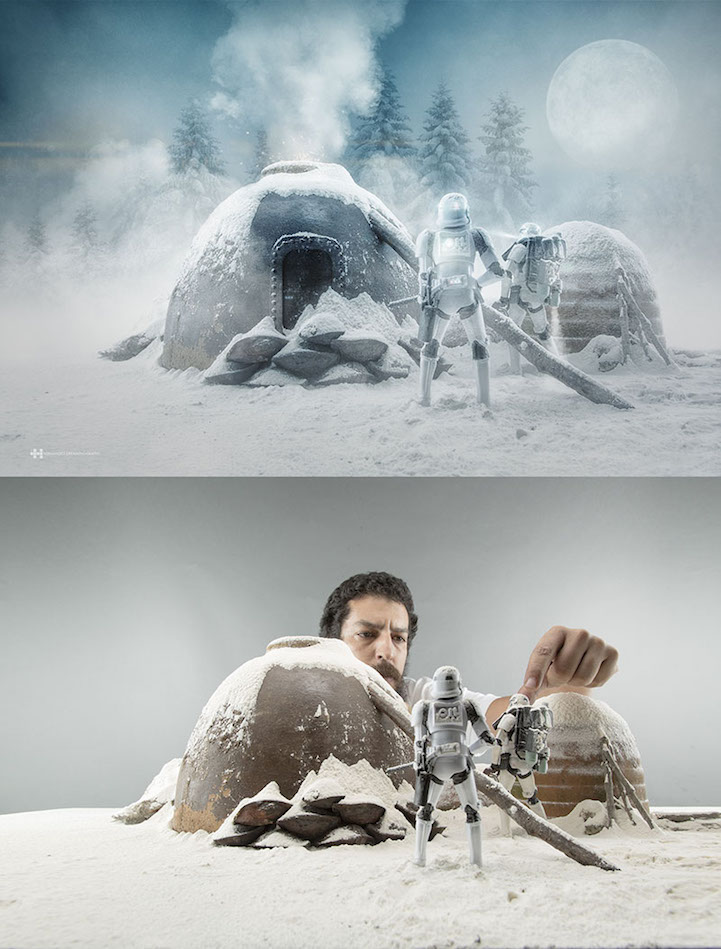 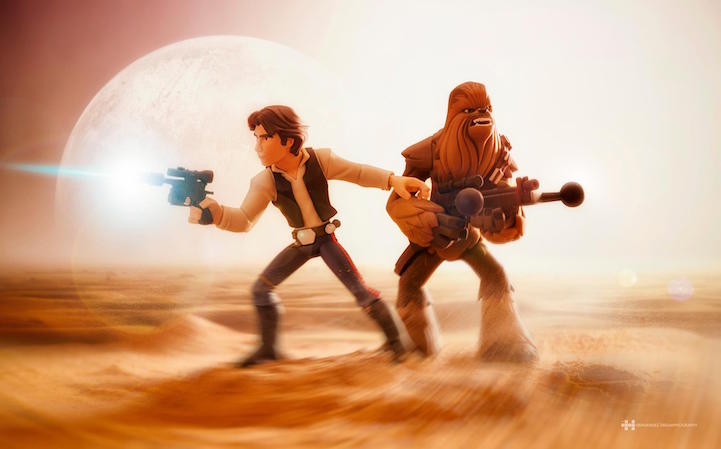 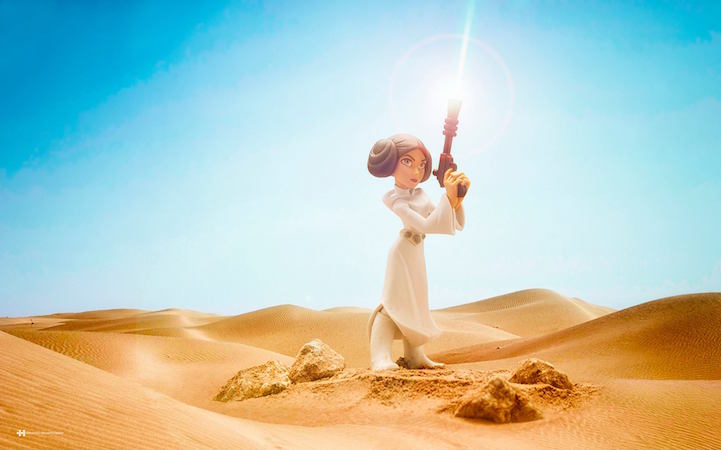 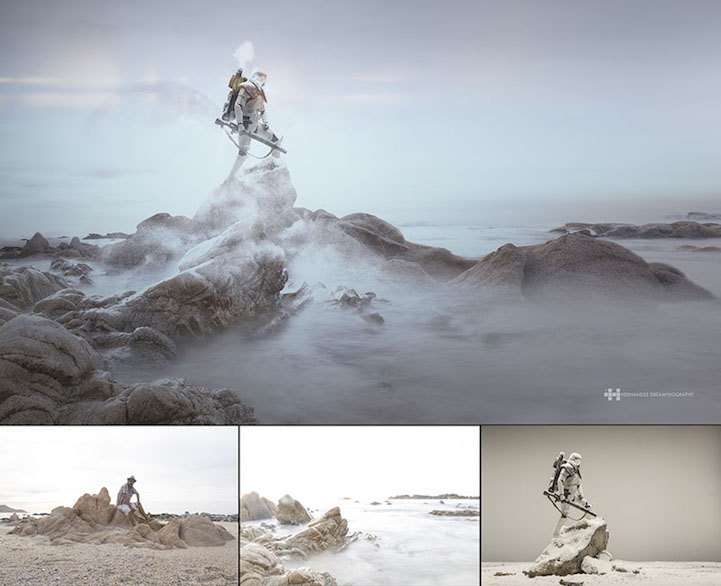 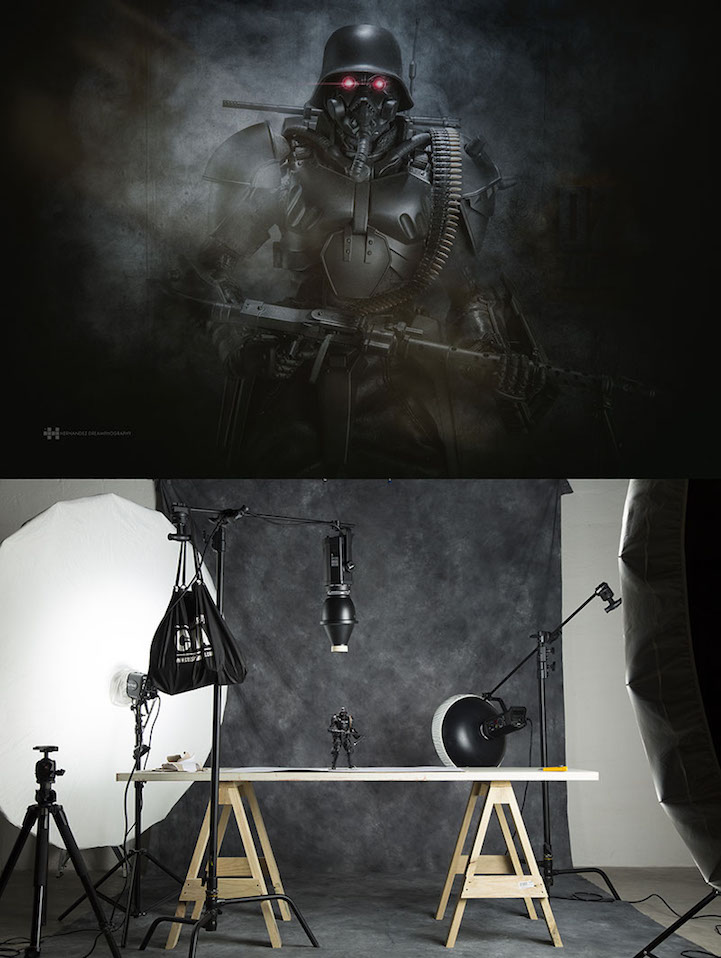 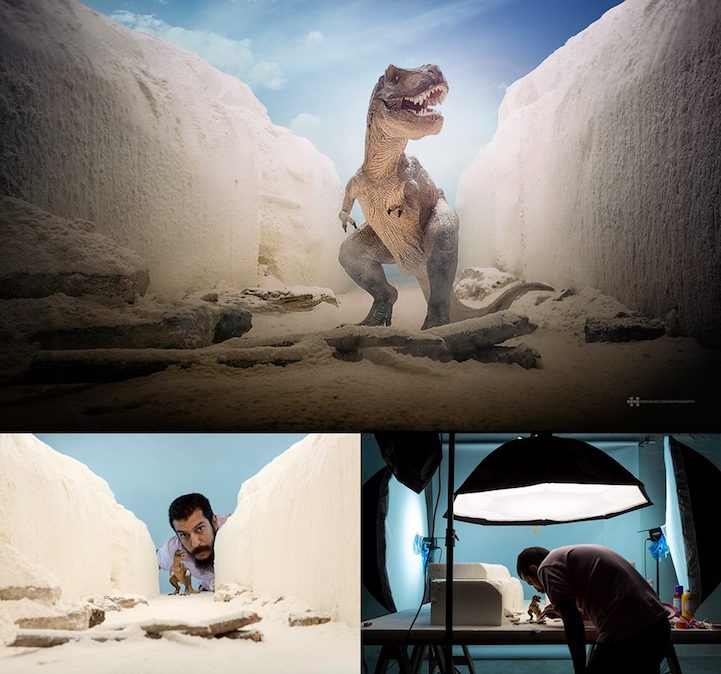 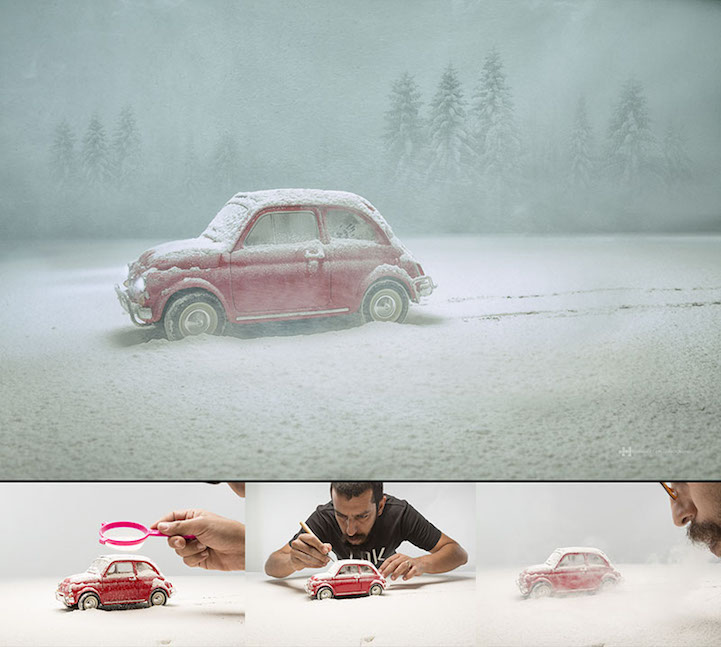