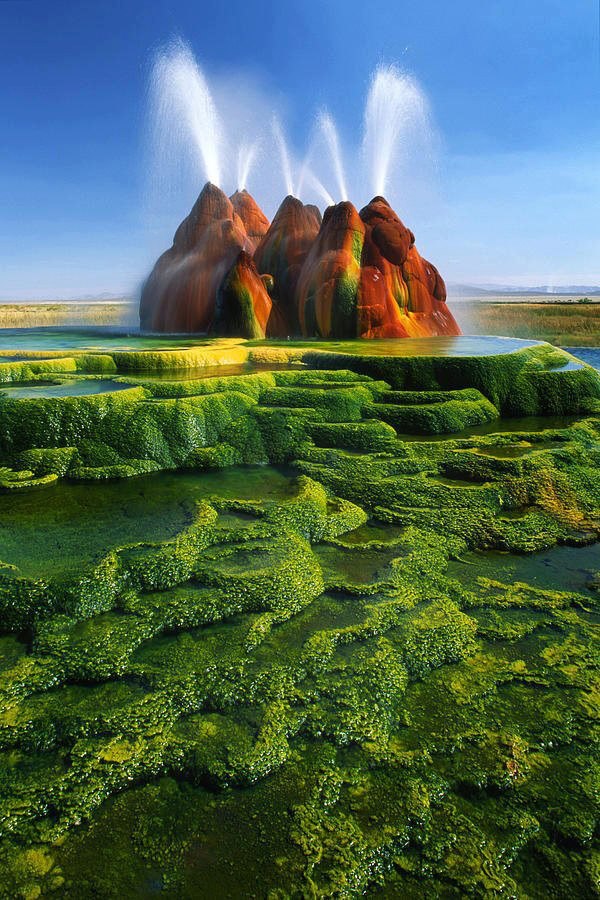 As you all know by now, we love finding extraordinary destinations off the beaten path like Lake Baikal in Siberia. Today, we bring you another one which can only be described as surreal or otherworldly. Fly Geyser (or Fly Ranch Geyser) is a a small geothermal geyser that is located approximately 20 miles north of Gerlach, in Washoe County, Nevada. Called “one of the most beautiful sights in Nevada,” the geyser is a little-known tourist attraction even to Nevada residents.

Accidentally created in 1916 during well drilling, the geyser started spewing water in the 1960s when a geothermally heated pack of water found a weak spot in the wall and began escaping. Dissolved minerals rose and accumulated creating the mound on which the geyser sits. Water now continually spews into the air, reaching up to 5 feet, making it resemble a miniature volcano.

I like what the photographer Jared Ropelato says about it, “As you walk around Fly Geyser you notice that this thing has a bit of Beauty, and a bit of the Beast. A little Jeckyl and a little Hyde. The color however, is like a rainbow on all sides.”

Photographer Christian Klepp described it this way, “This weird and unearthly landscape could have existed somewhere on Jupiter's volcanic moon Io….Such unearthly landscapes are rare on Earth, but they exist. Maybe this helps to imagine how Earth might have looked like at its very beginning. Heat and sulfur resistant bacteria feed on the boiling water of the geyser. Just like in the beginning of life on Earth.”

Here are some of our favorite photos of one of the world's most amazing places. 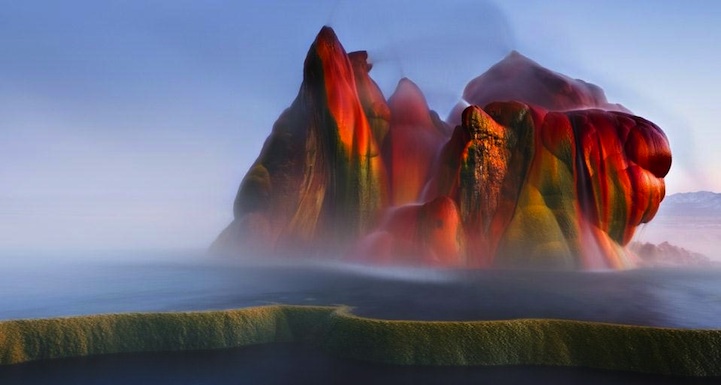 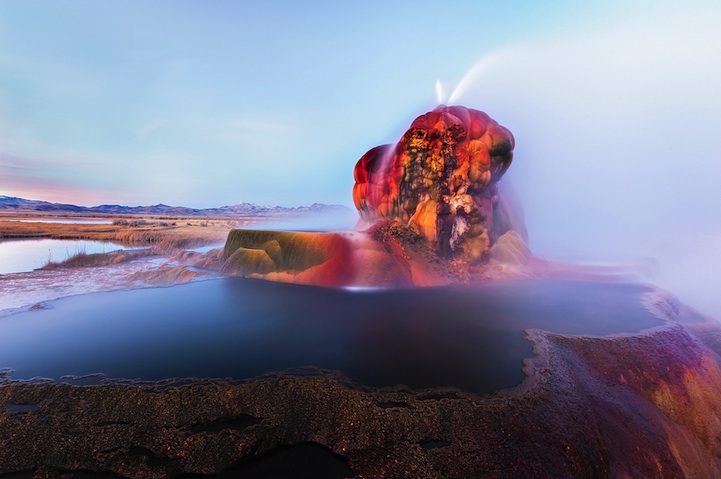 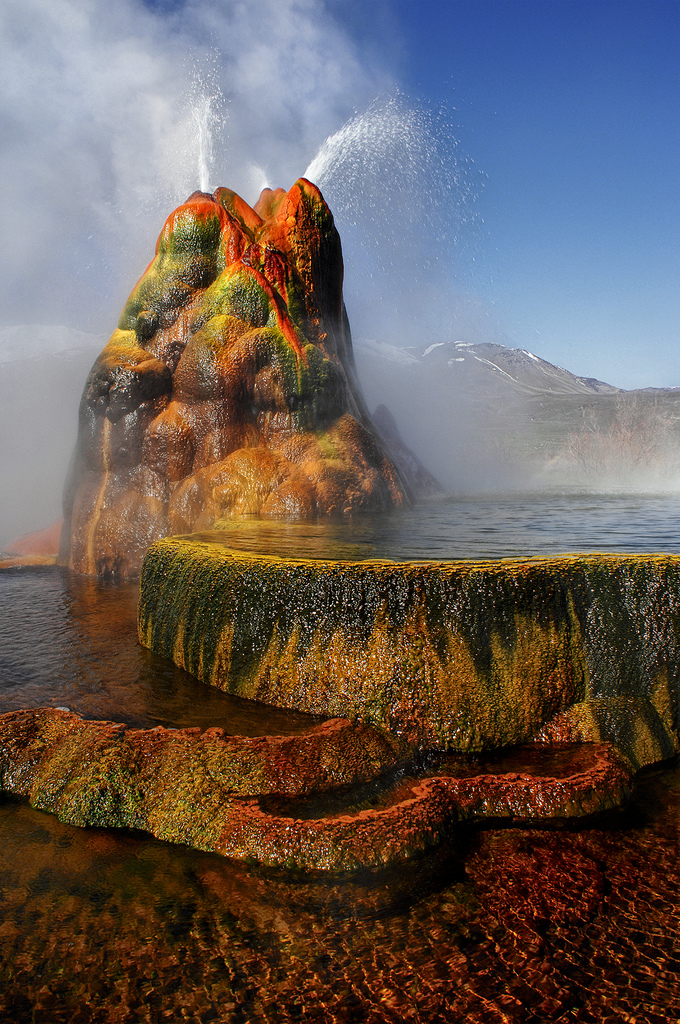 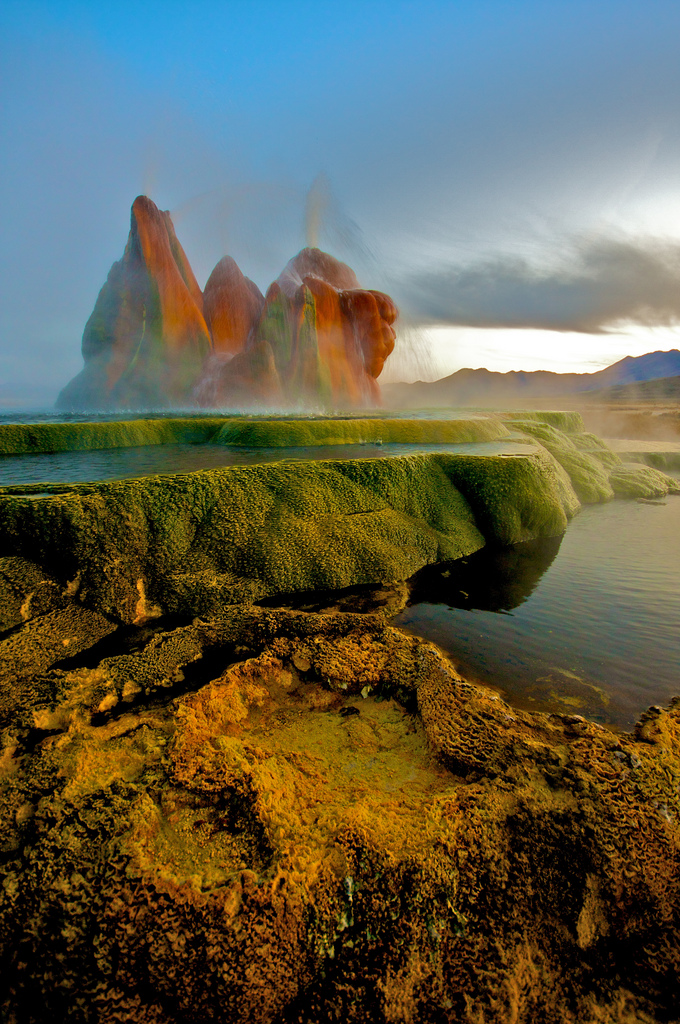 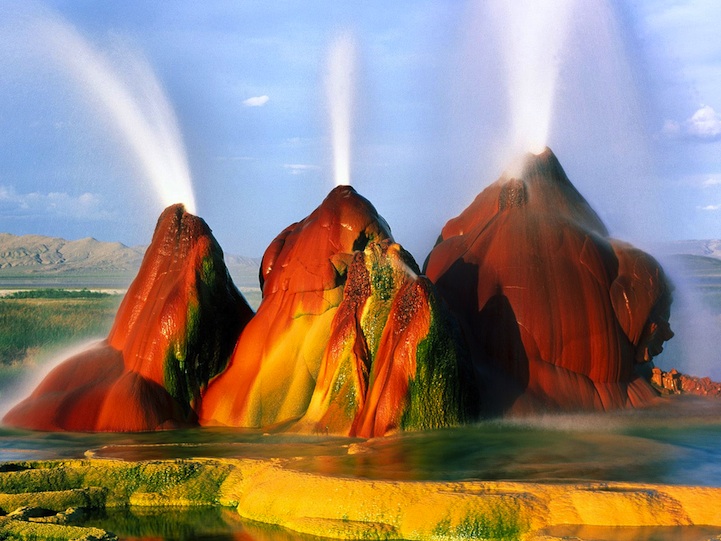 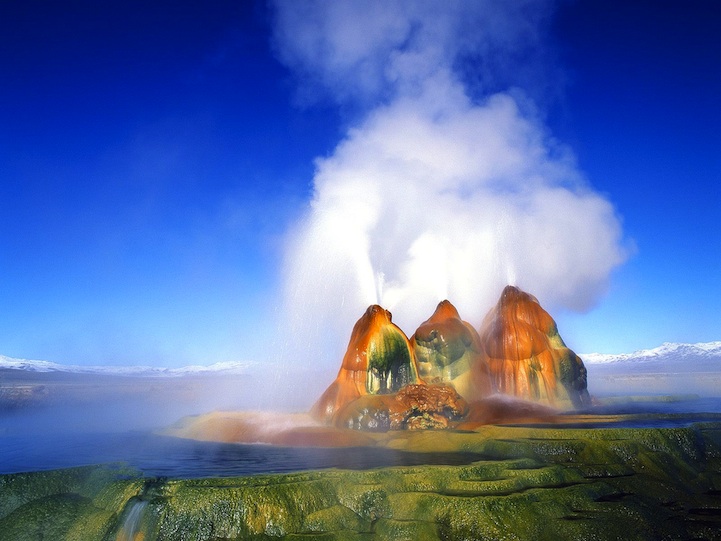 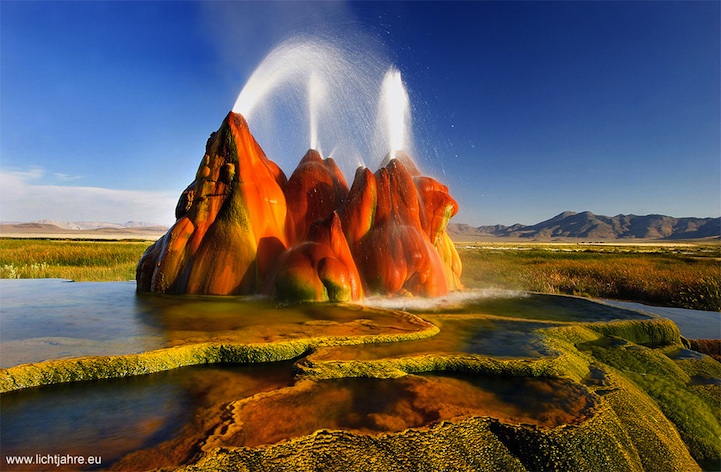 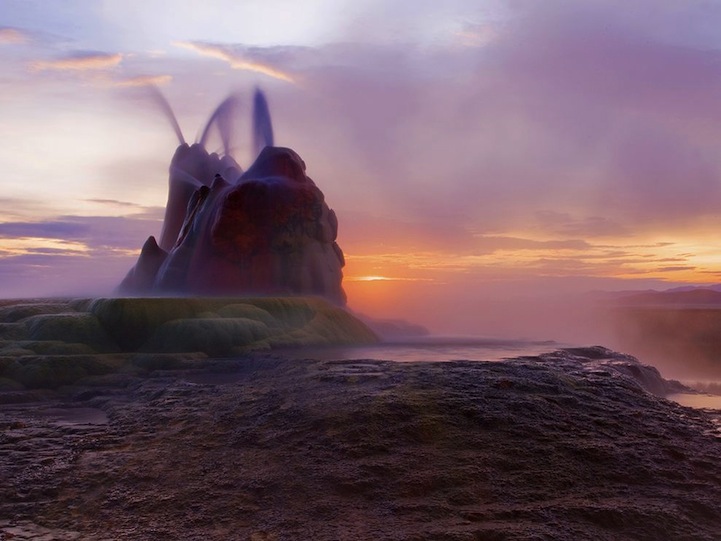 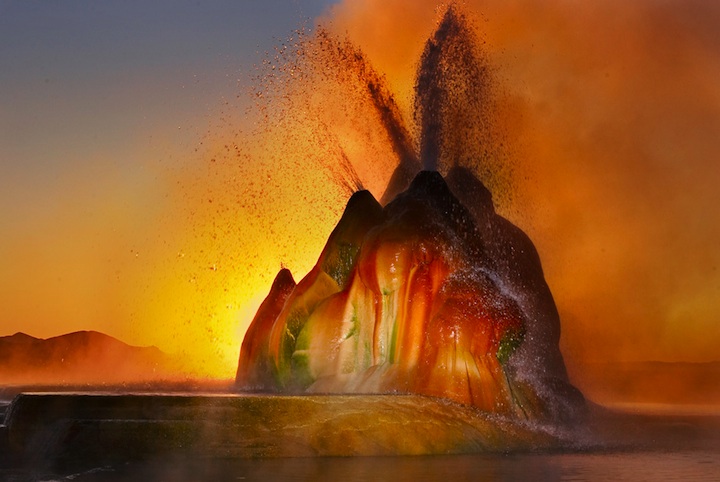 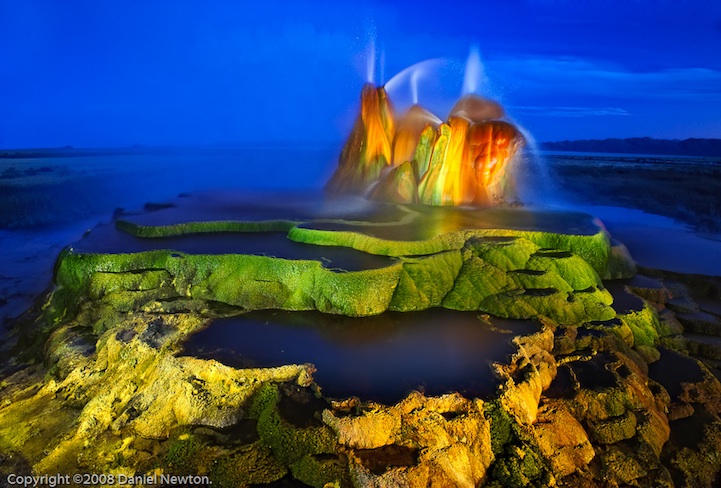 If you'd like to visit this destination, heed this warning. Fly Geyser sits on private property. It is located behind a locked gate and is rarely open to the public.