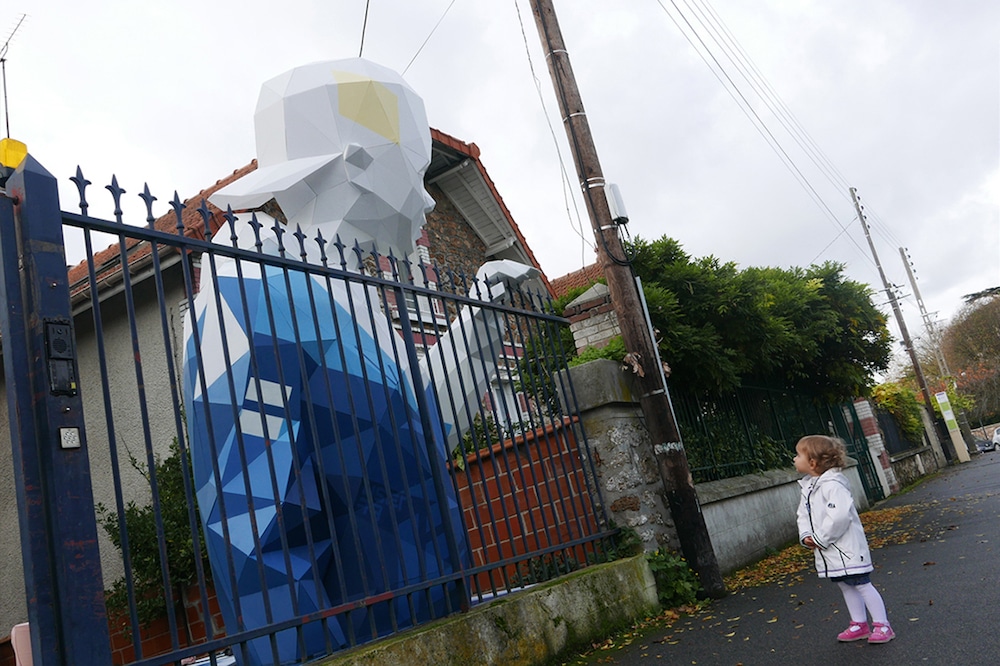 Artist David Mesguich continues to impress pedestrians and art enthusiasts with his giant geometric sculptures that seem as though they were formed from folded paper. New work in France, Belgium, and Poland reaches new heights, with the artist reflecting on themes of immigration in his art.

For his Stateless series, Mesguich joins together pieces of recycled plastic to form two monumental sculptures of refugees. Bright and colorful, their impressive scale makes them unmissable pieces of street art. In one, a boy with a backwards cap on, peers over an iron fence. Is he looking out into what is possible? Or seeing what's holding him back?

Mesguich expands on his art about immigration with a piece titled Santa Europa. Created, once again, from recycled plastic, this fictive saint is perched high above a warehouse in Toulouse. And continuing with border imagery, a metal fence pierces her heart. 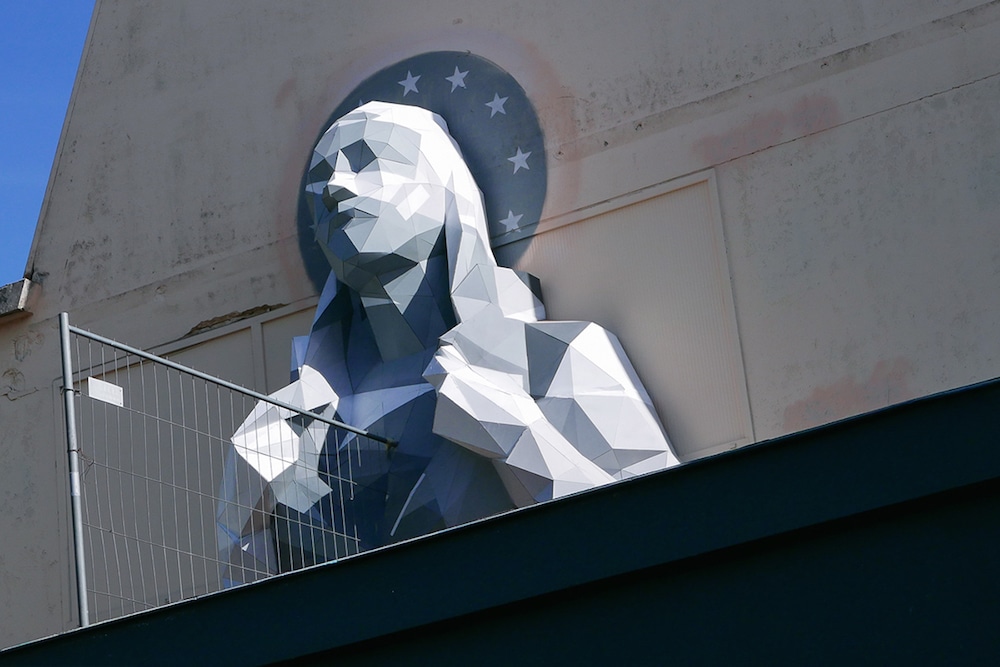 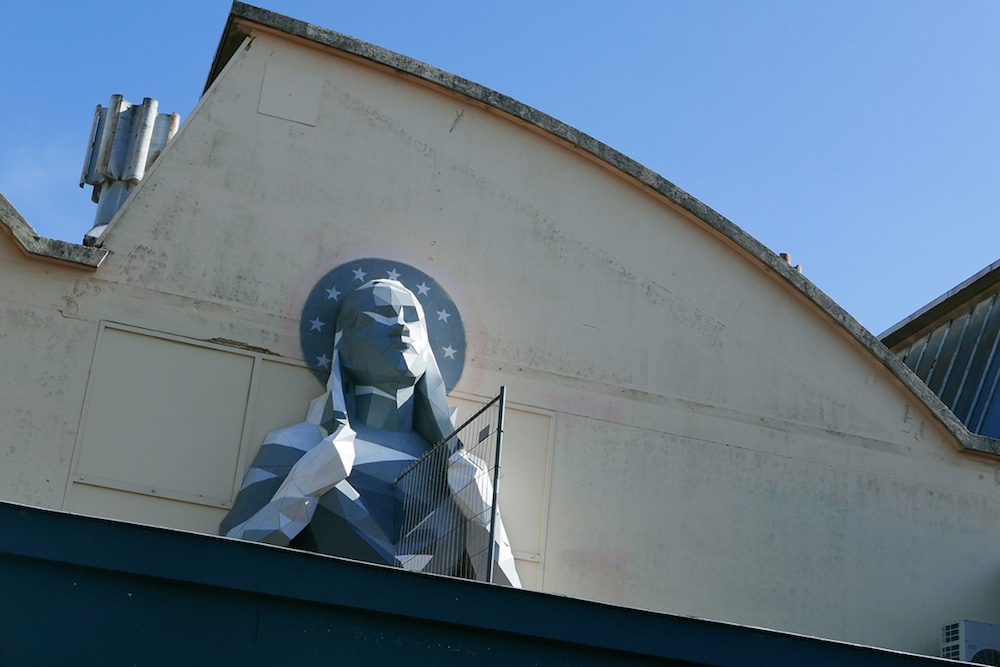 “This installation represents Europe and its contradictions facing the drama of refugees families who try to reach her everyday, risking their lives,” Mesguich explains. “Europe expresses to great media reinforcement solidarity towards migrants and at the same time hastens to build fences on its borders that prevent them from reaching it…”

Most recently, the city of Poznan, Poland commissioned Mesguich for a permanent geometric sculpture. Crafted in steel, this monumental geometric sculpture pays homage to the artist's 4-year-old daughter Lucie. A frequent muse, this time she is shown writing her own words in the sky. Perhaps, as a message of hope, she's signaling that all of us should dream big. 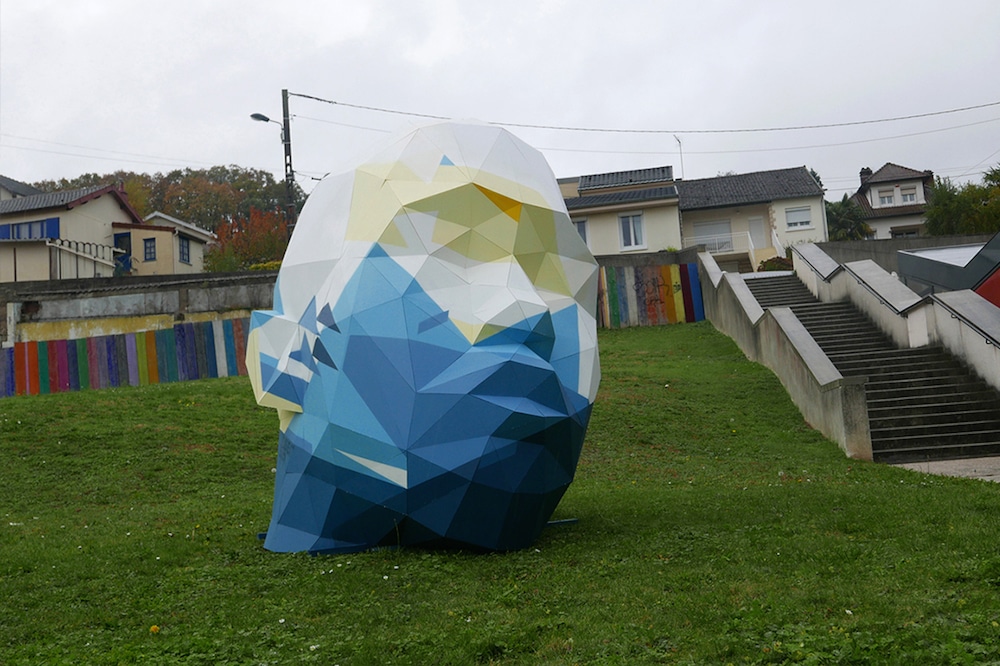 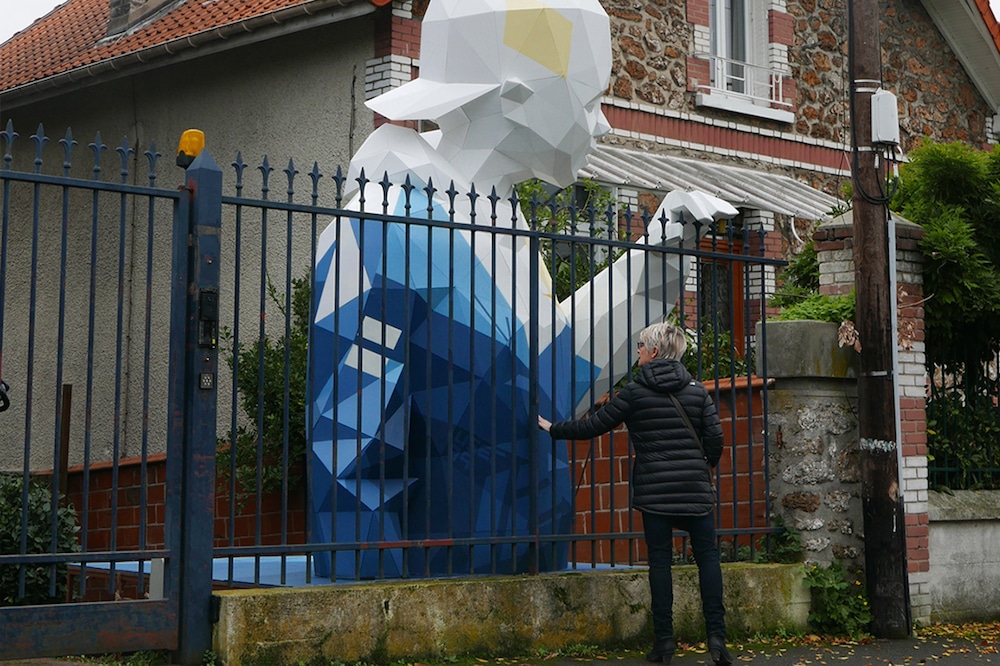 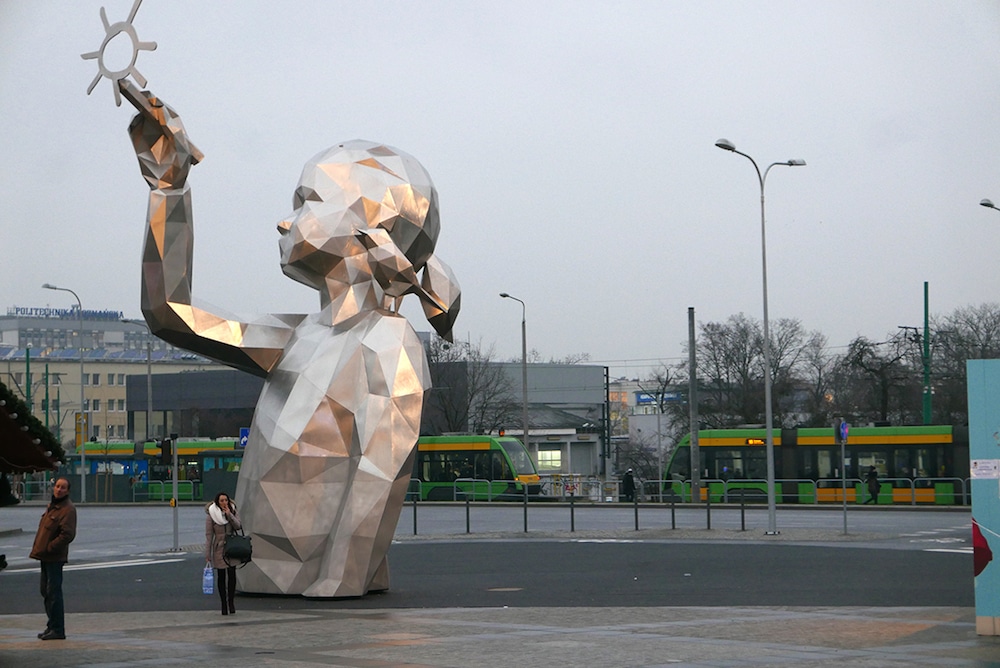 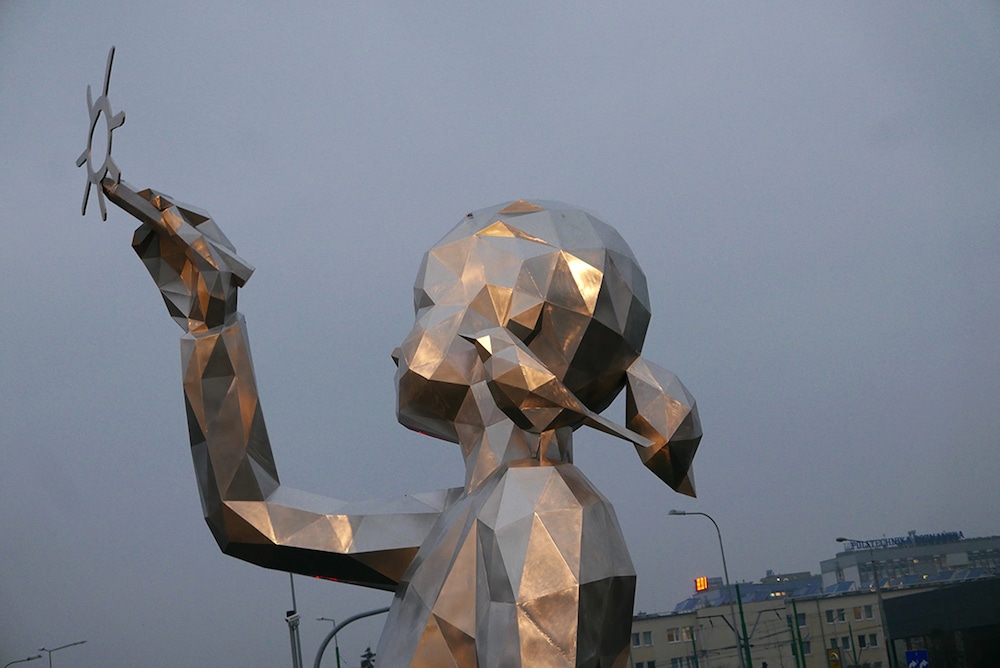 All images via David Mesguich.