Geometric Sculpture Perched on a Freeway in Marseille 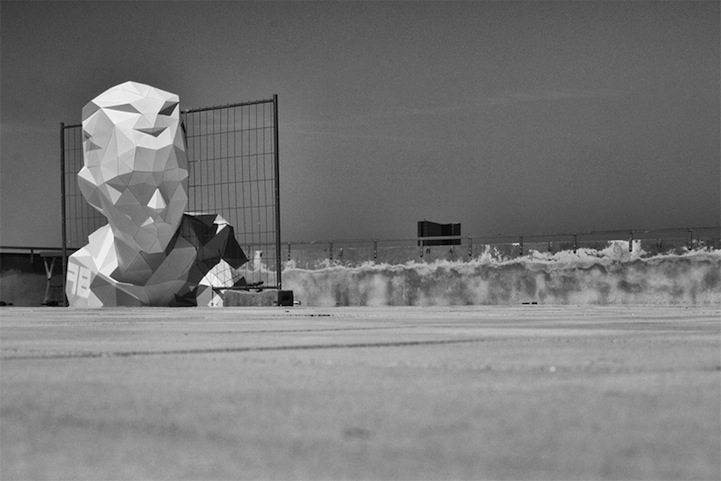 Belgium-based artist David Mesguich's newest public sculpture, Pressure 1.0, is the second of his outdoor, larger-than-life geometric installations. Much like his first project, Luz 1.0, Mesguich uses angular pieces of polyurethane and recycled plastic to construct the bust of a woman staring outwardly at the urban landscape.

Mesguich's inspiration for Pressure 1.0 came from more than 10 years of trespassing and graffiti, so it's not a surprise that it was technically unauthorized public art. The artist and his team installed the piece at an elevated freeway, known as the entrance of Marseille, France. He described it as “… a non-place where the sculpture could look in the direction of Africa and face the whole city at the same time.”

Despite its illegal placement, the sculpture remained untouched for two weeks. After a bad storm, however, the sculpture fell to the ground and was seriously damaged. The weather lasted a week, and everyday a new part of it was broken until nothing remained. 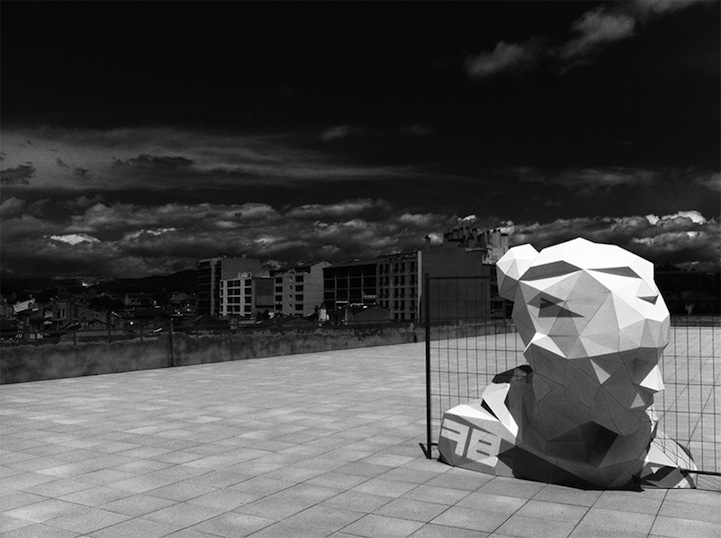 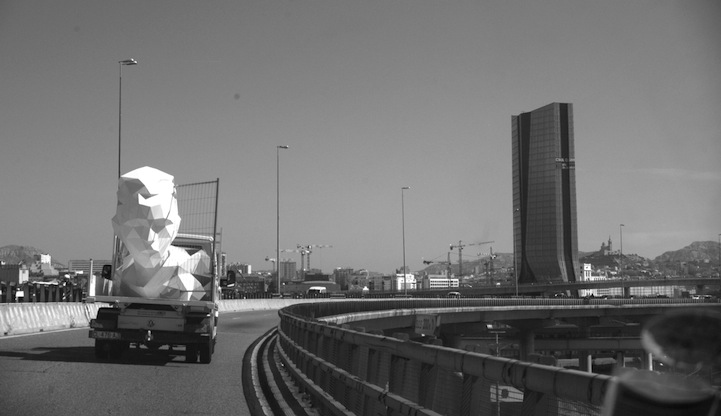 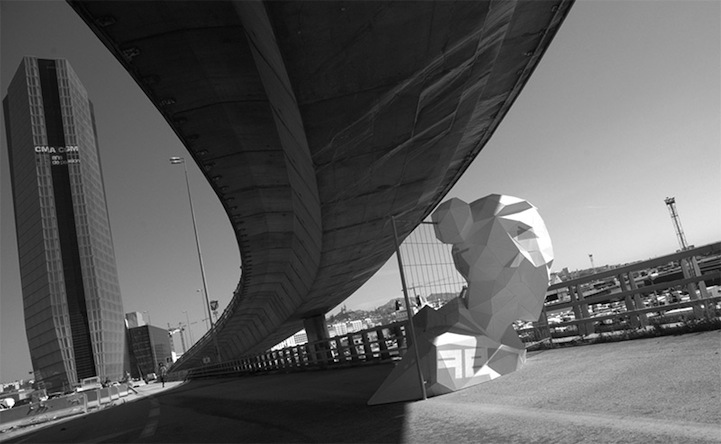 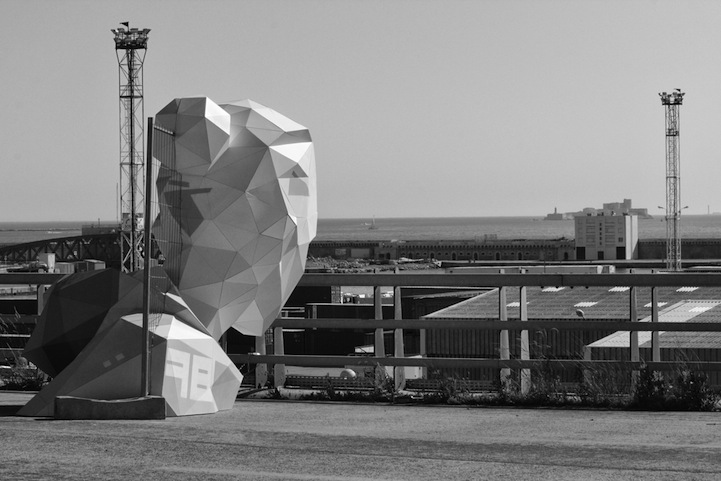 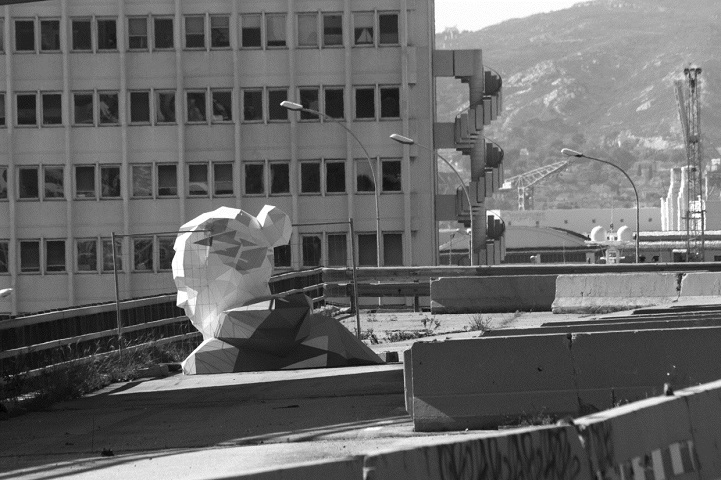 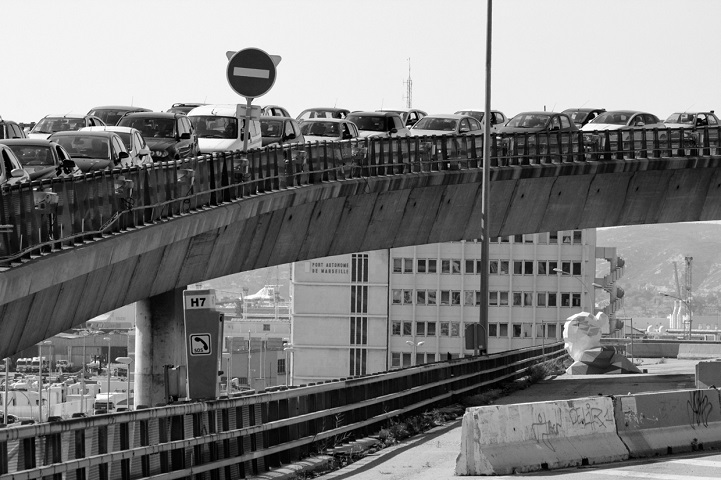 David Mesguich on Behance
via [Colossal]