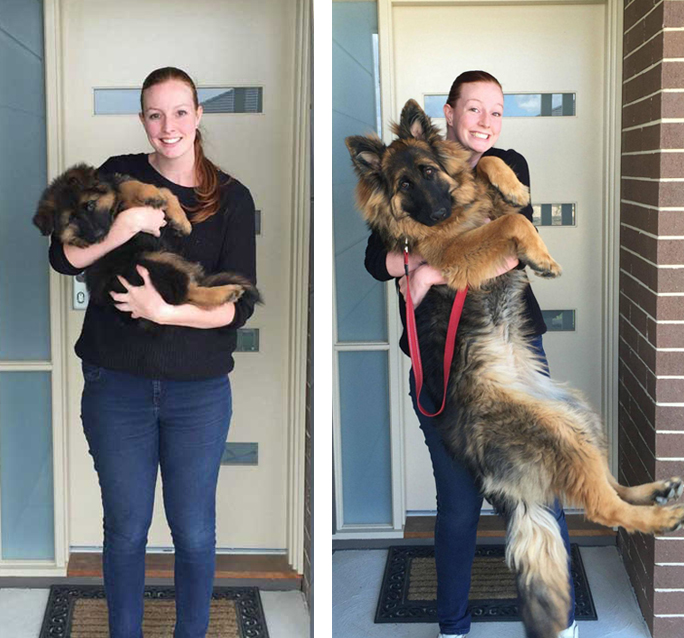 The puppy stage, while cute, doesn't last that long, and Australian couple Alex Dennison and Ashley Lewis can attest to this fact. They had the foresight to formally document the development of their German Shepherd puppy, Nasra. Starting from eight weeks old, they snapped pictures of Lewis holding her, compiling them in a single row, with the last image from when Nasra was eight months old. Her teddy bear-like appearance and massive size–she's almost as big as Lewis–took the internet by storm. Their photo has gone viral, and the world has officially fallen in love with the photogenic puppy.

Puppies change so quickly, but the transformation often goes unnoticed on a day-to-day basis. Dennison, who snapped many photos of the fluffy canine, told Daily Mail, “We knew given the breed that she was going to be a big girl, but we didn't really notice day to day how big she was getting,” he said. “It was only when we looked back at these progression pictures that we realized how much she'd grown.” 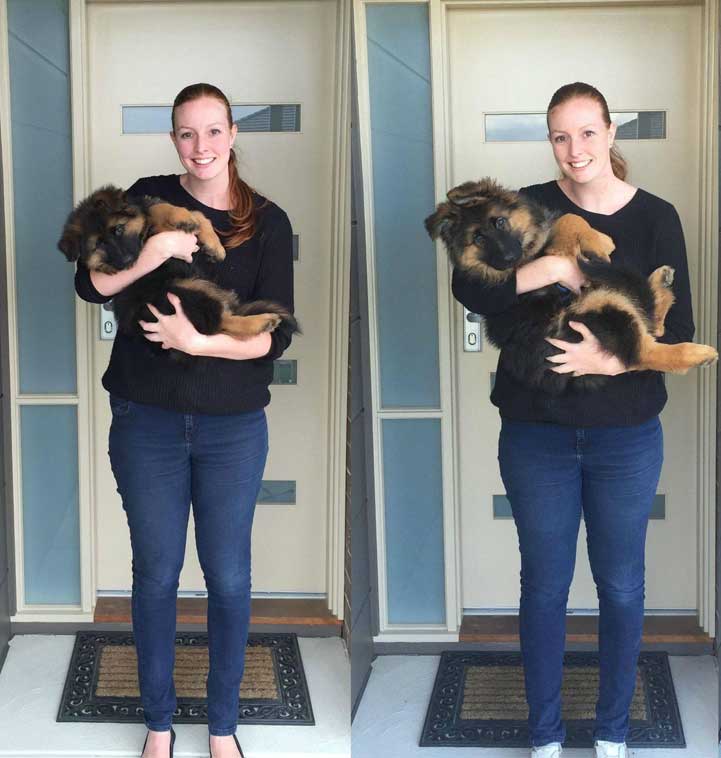 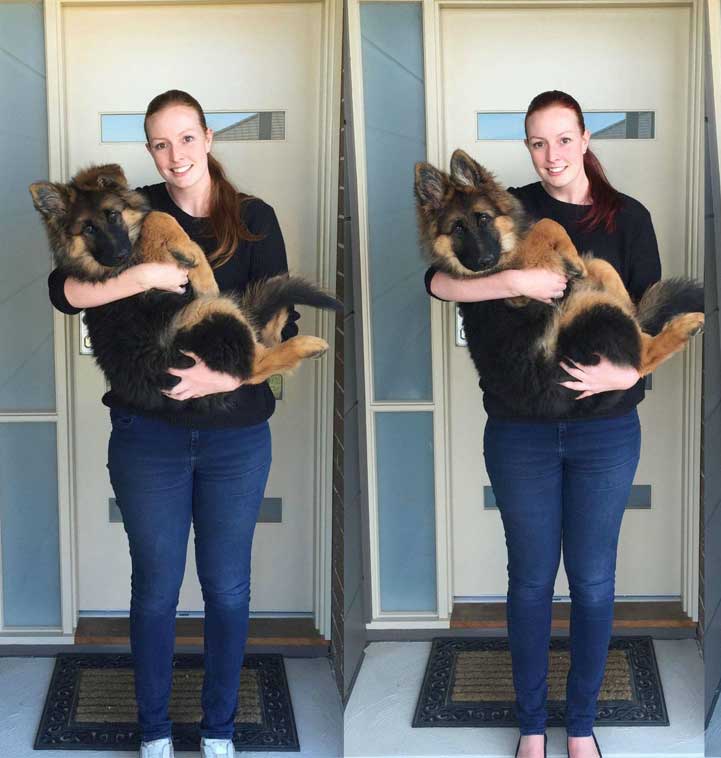 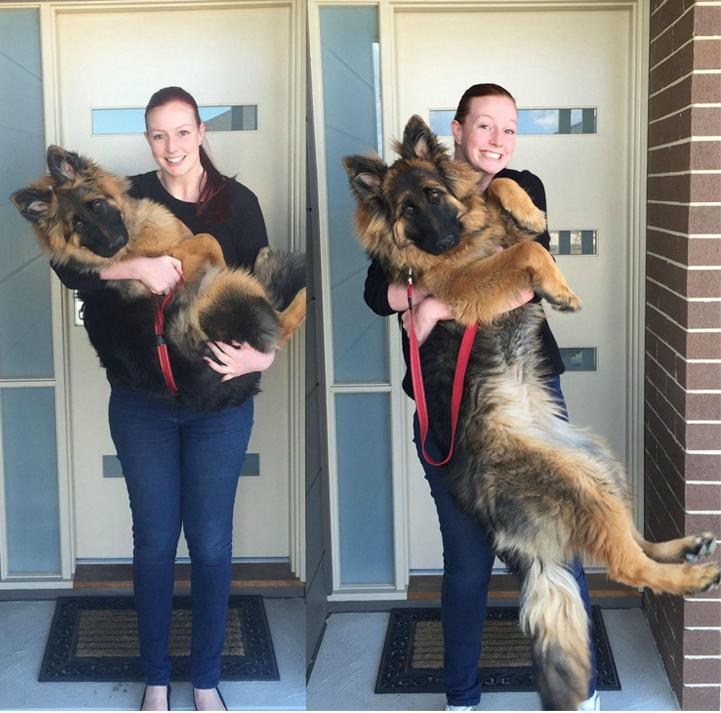 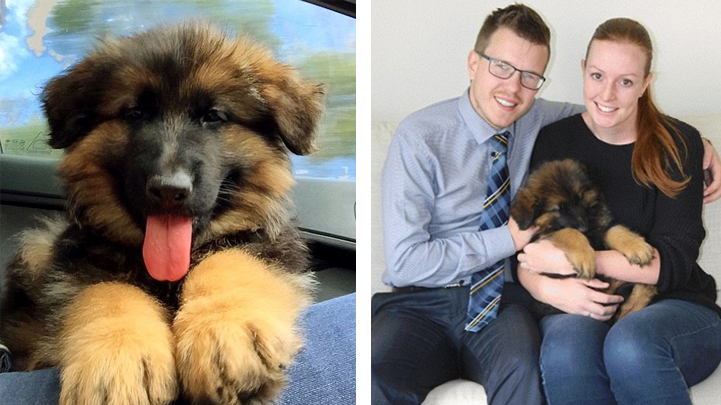 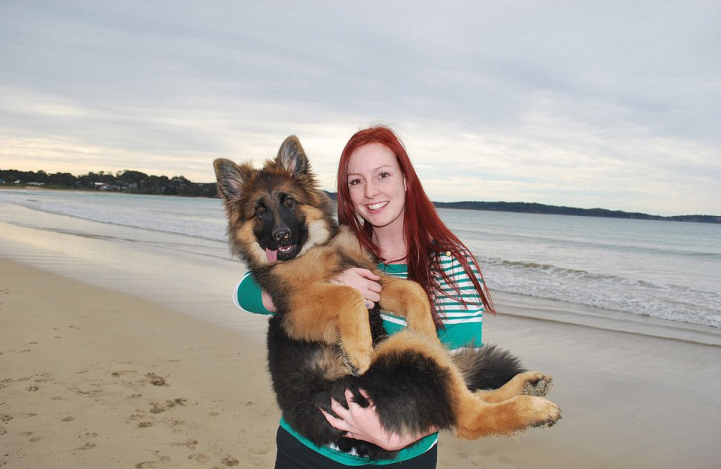