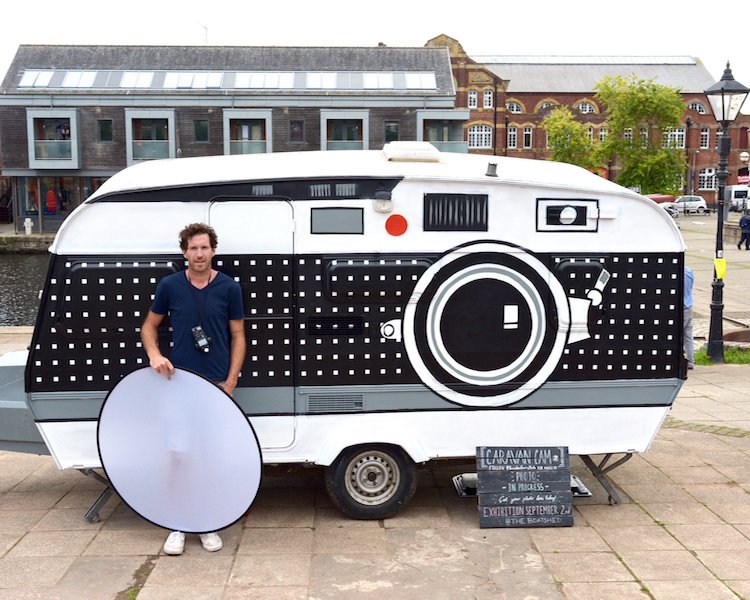 There’s been an explosion of popularity, over the past many years, for on-the-spot photo booths. A staple at weddings and other special events, they create charming mementos of that particular time. Photographer Brendan Barry created his own DIY photo booth, but he went above and beyond the small enclosures we’re used to seeing. Instead, he transformed a camper trailer into a giant camera and portable darkroom.

Calling his creation the Caravan Camera, Barry got the idea after building his own analog 16×20” ultra large format camera. Using plywood, a pane of glass, and blackout material, he affixed a 20” military lens to it. There was one big problem, though. Although the camera worked, the device wasn’t “light tight,” and he had to be in a dark space to use it; because of these constraints, it wasn’t very portable.

That’s when Barry decided to put the camera in the trailer. He purchased the mobile unit for just £150 (about $200) off eBay, gutted it, blacked it out, and finally moved the camera to its new home. Afterwards, he had the opportunity to park the Caravan Camera outside a pop up art space for a week—a perfect test for seeing if the DIY photo booth would work, and how it would be received.

The massive undertaking proved a success. While parked, over 300 people stepped inside of Barry’s creation to experience a camera obscura, and then they headed back outside to have their picture taken. The Caravan Camera doubled as a darkroom, so any of the photos snapped could be developed inside. After the trial period, Barry printed over 100 of the 16×20” portraits.

“It was so rewarding to see so many people engaged in the process and excited by the results,” Barry writes. “It’s not the quickest, easiest or most practical way of making an image, but in a world of smartphone cameras and instant uploads, it’s nice to slow things down a little bit and create something physical!”

Photographer Brendan Barry built his own giant camera out of plywood, glass, and blackout material… 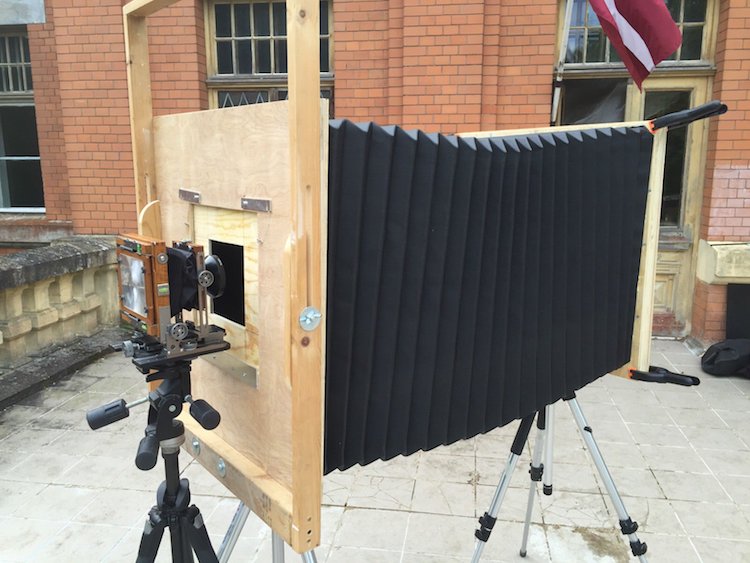 … but he still need a dark place to use it and develop the film. Then, he got an idea. 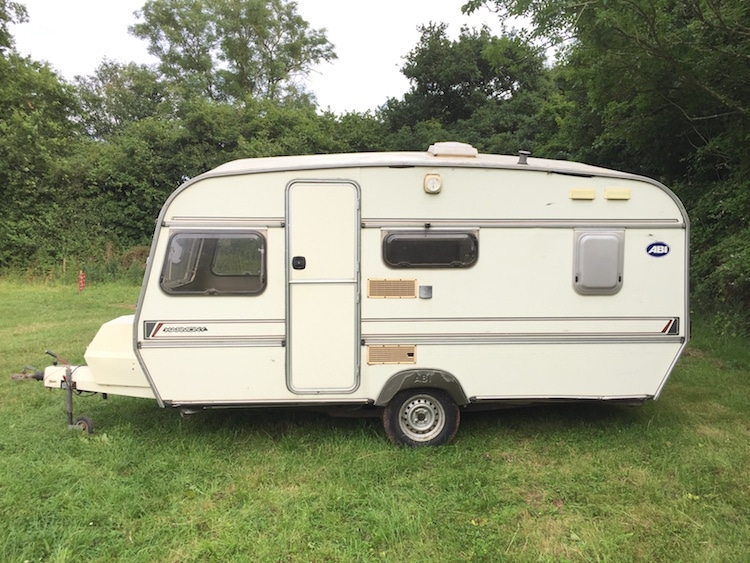 Barry bought a camper trailer off eBay for £150 (about $200) and fashioned it into the Caravan Camera. 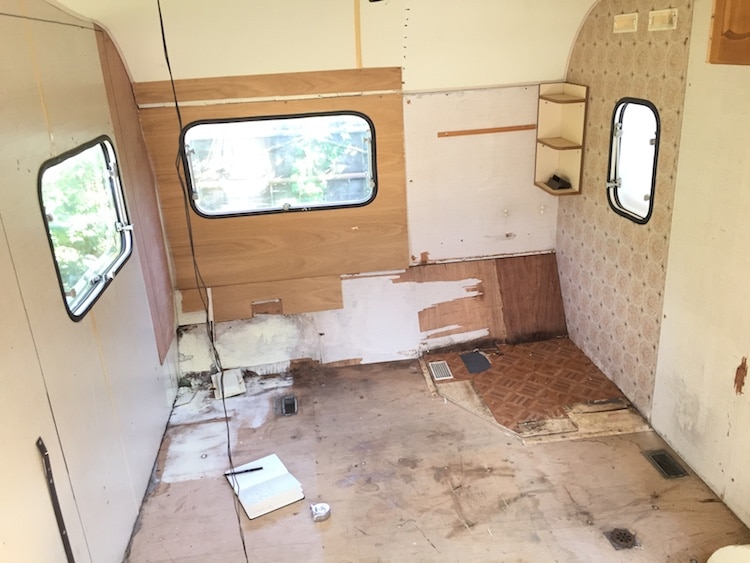 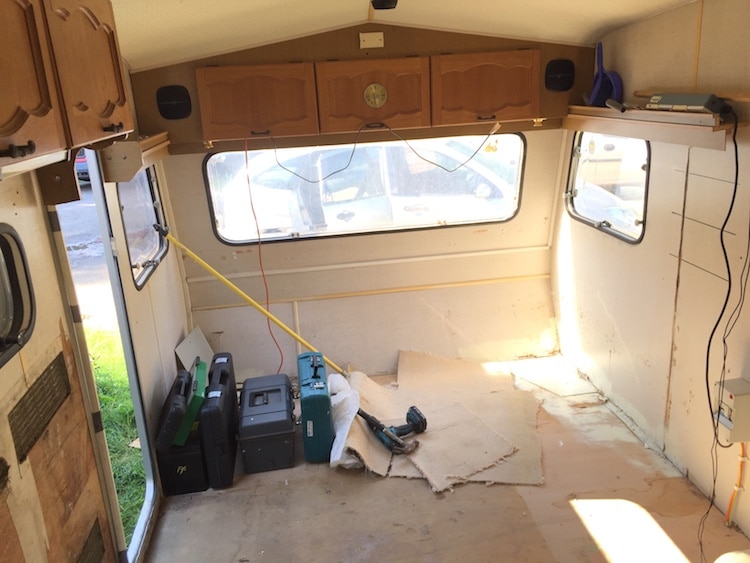 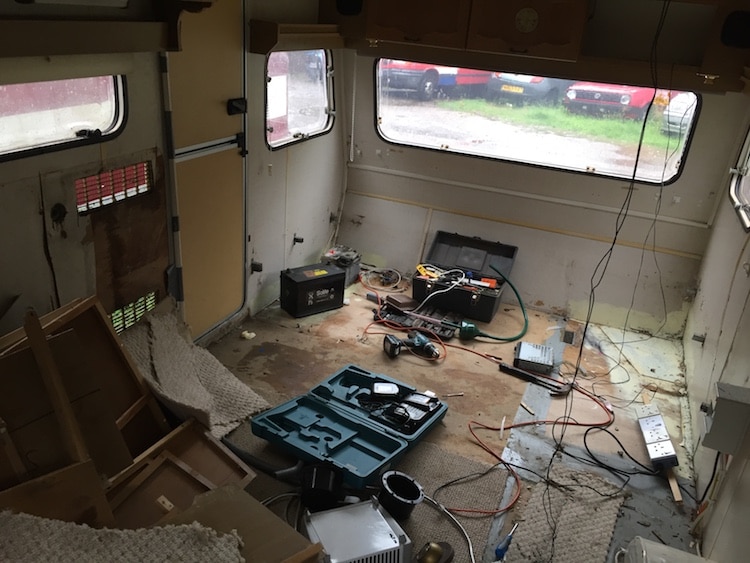 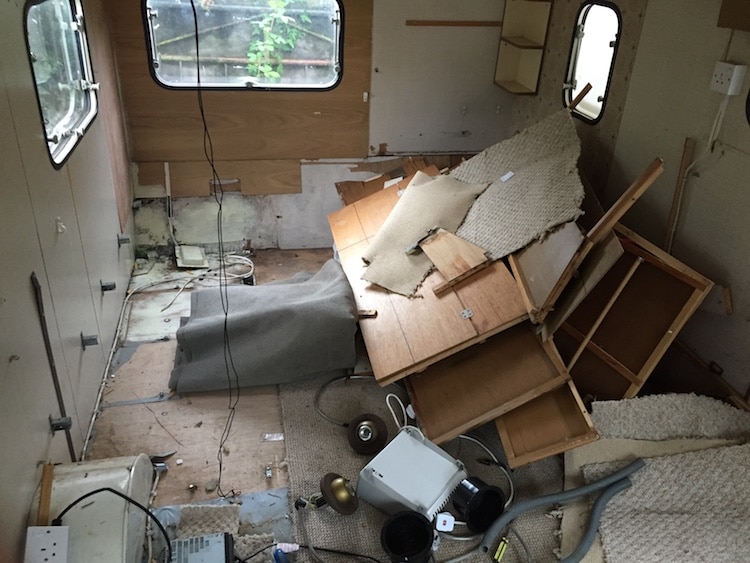 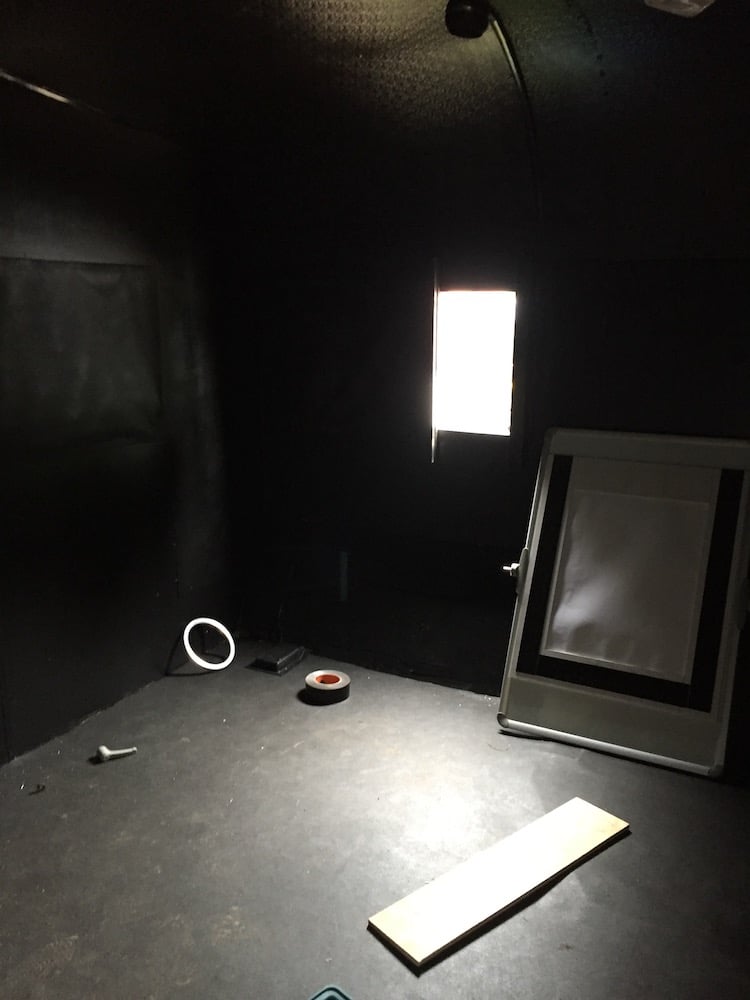 … and moved the camera to its new home. 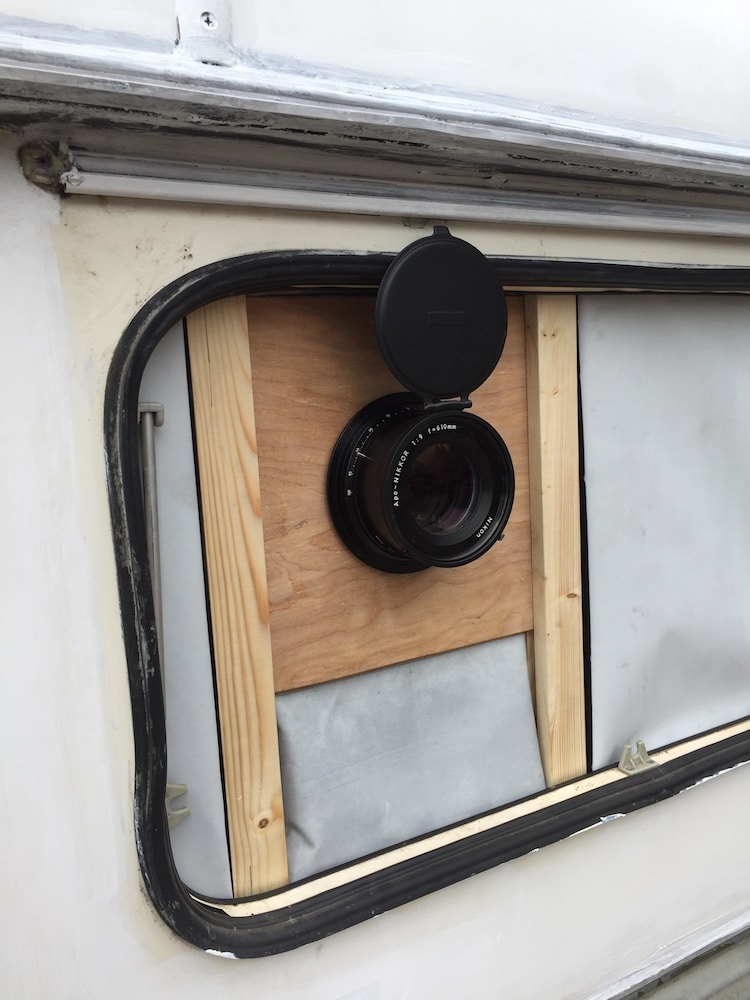 Barry even had a paint job to match! 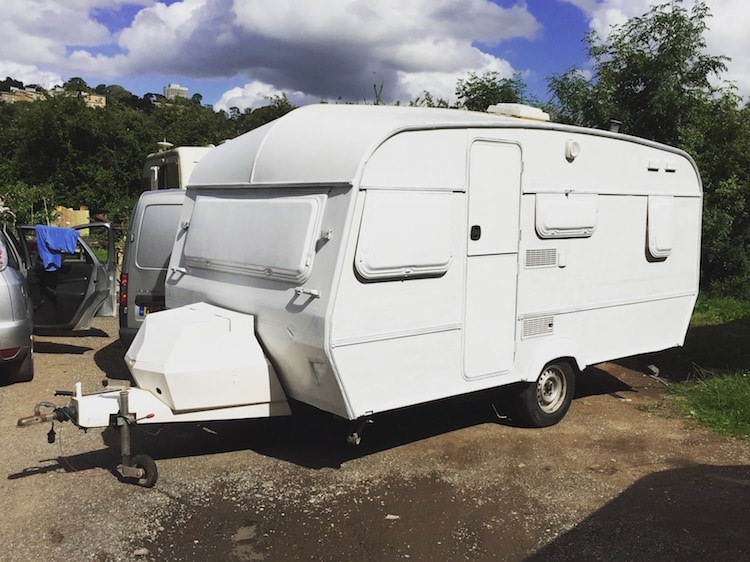 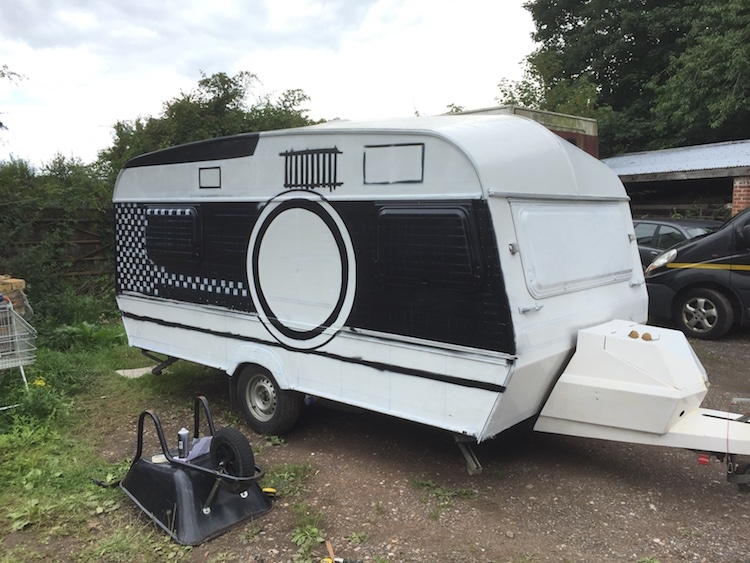 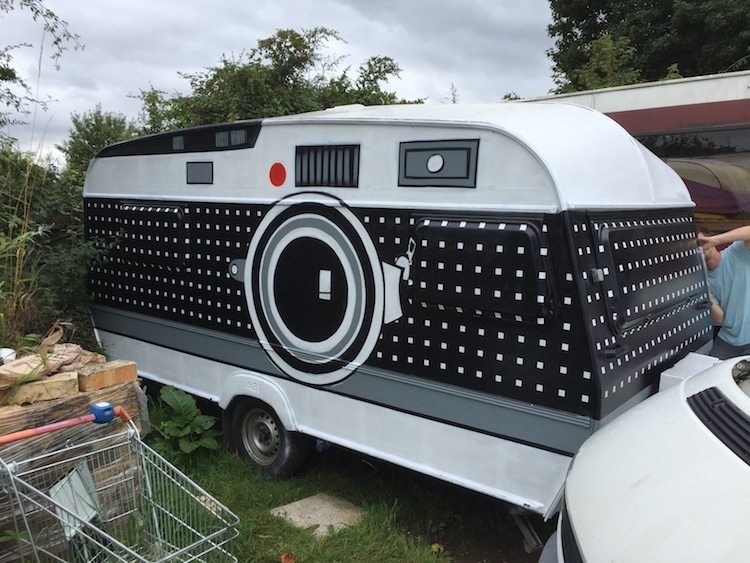 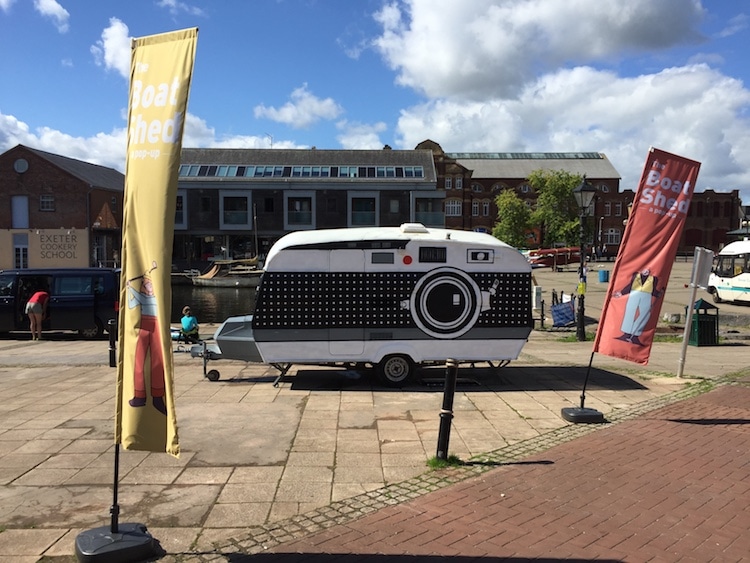