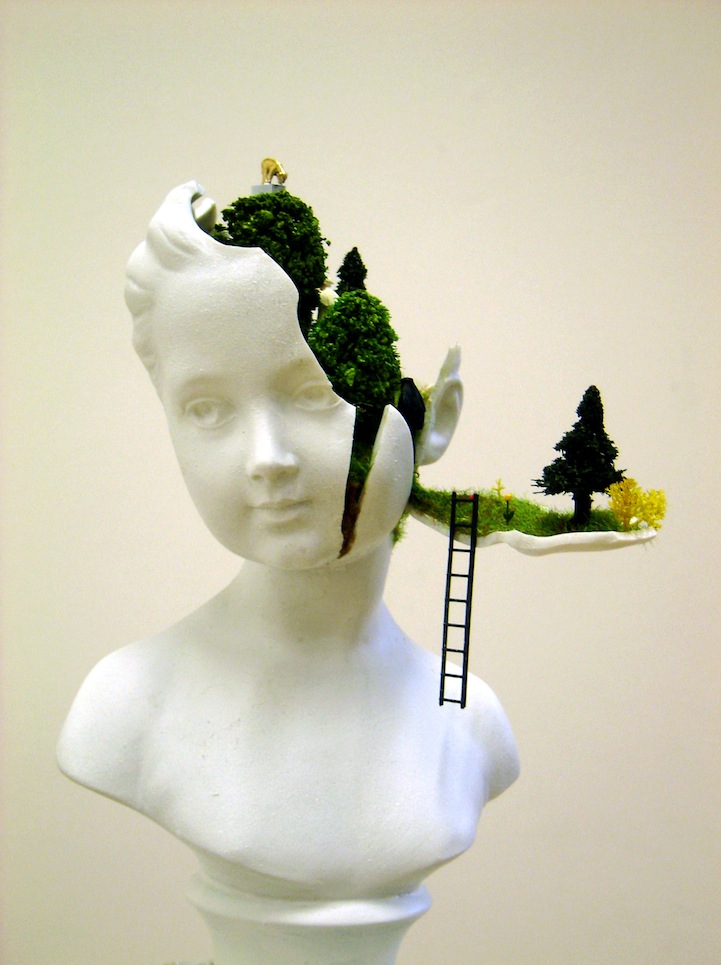 Mixed media artist Gregory Grozos deconstructs a sculptural bust, transforming it into a secret garden for miniature figures. The Limassol, Cyprus-based sculptor's piece, titled The Garden of Unearthly Delights, tells an intriguing story without saying a word. The viewer's mind is left to ruminate on the possible secrets kept within this concealed sanctuary and its metaphoric representation.

One could suppose that Grozos' sculptural entity is presenting an interpretive piece relating to one's psyche. Whether it is something with greater meaning or a work of fantasy is ultimately left up to the viewer. The only thing that is clear is that the statue is taken out of the garden and, ironically, the garden is placed inside the statue.

Grozos has created a figurative structure rich with surreal motifs that boasts both classic and contemporary techniques. The artist says, “I am currently engaged in exploring how to fuse a contemporary aesthetic, as well as modern techniques and materials, with traditional subject matter such as images of Buddhas, Bodhisattvas, paradises and heavenly worlds and other such themes of ancient lore.” 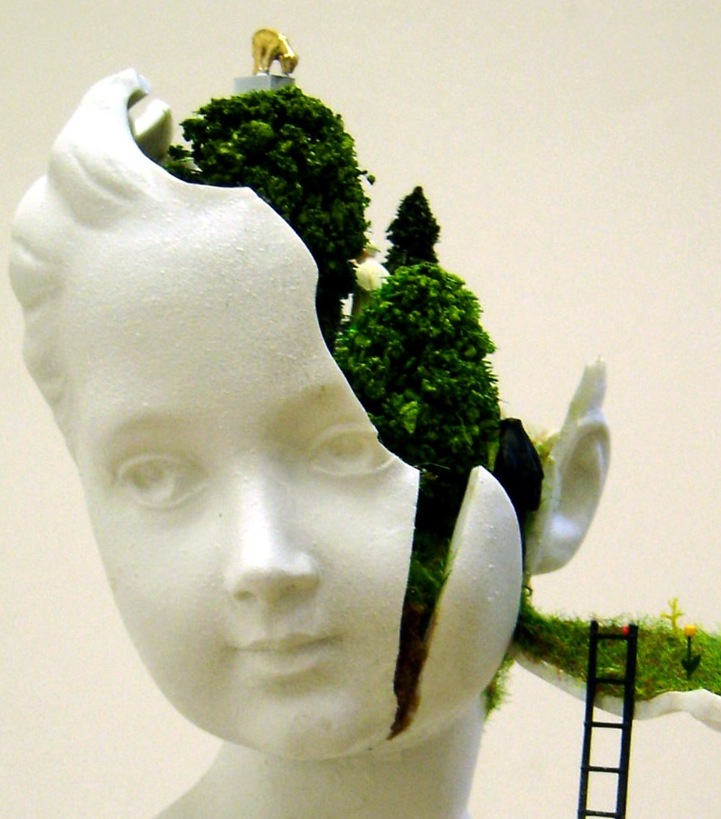 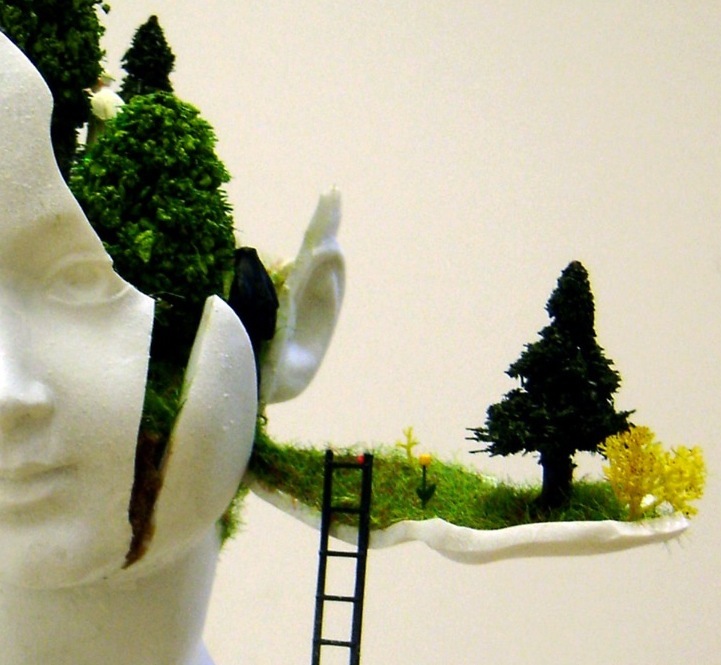 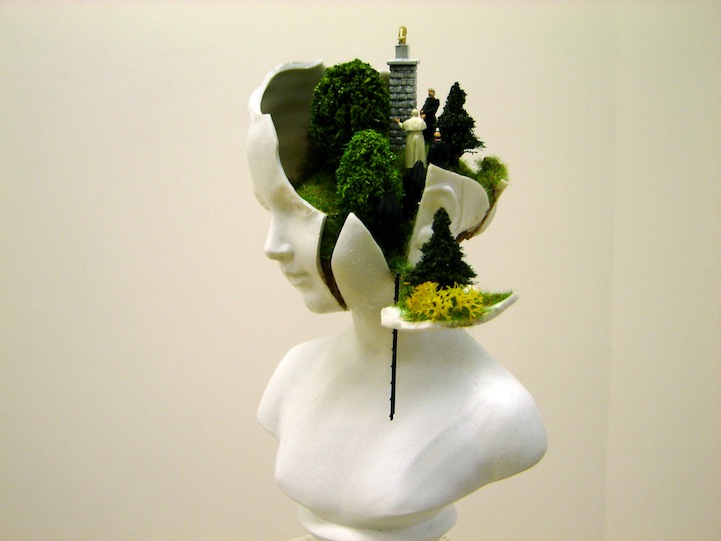 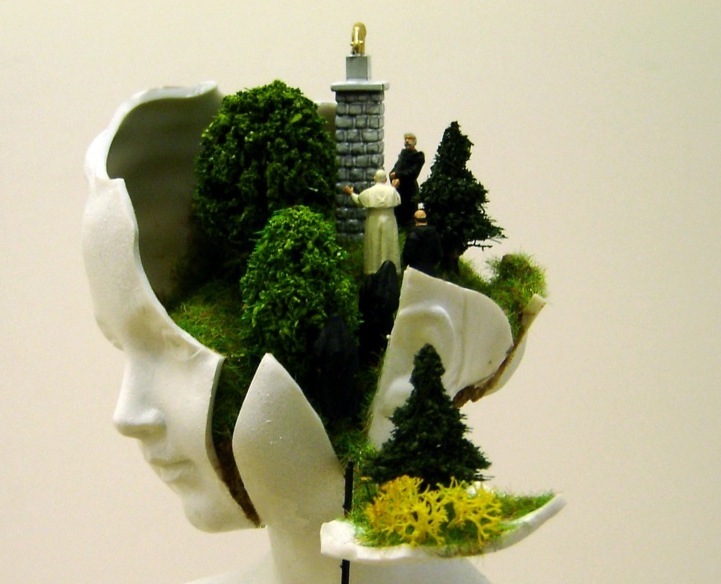