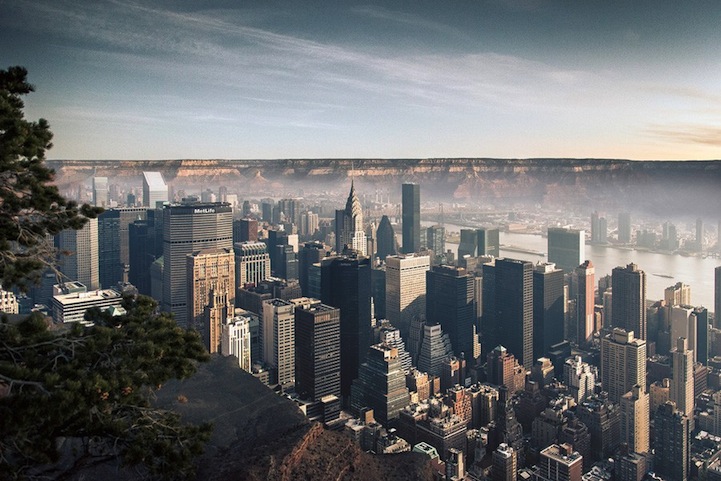 Lithuanian-born, Switzerland-based photographer Gus Petro took a trip to America in 2012, in search of something new, and made two contrasting stops–the Grand Canyon and New York City–that has inspired his three-part series known as Empty, Dense, Merge. In Empty, Petro captures the vacant landscape emitting a sense of peace and solitude. Alternatively, Dense presents the crowded urban landscape of the Big Apple that seemed almost entirely manmade and hard.

The most interesting and final installment of the three, Merge, combines the vast bleakness of the Grand Canyon with the bustling density of New York City. Essentially, the series places the city that never sleeps within the deep hollows of the Grand Canyon. The photographer manipulates his landscape images to create a new world were the two opposites coexist in close quarters. 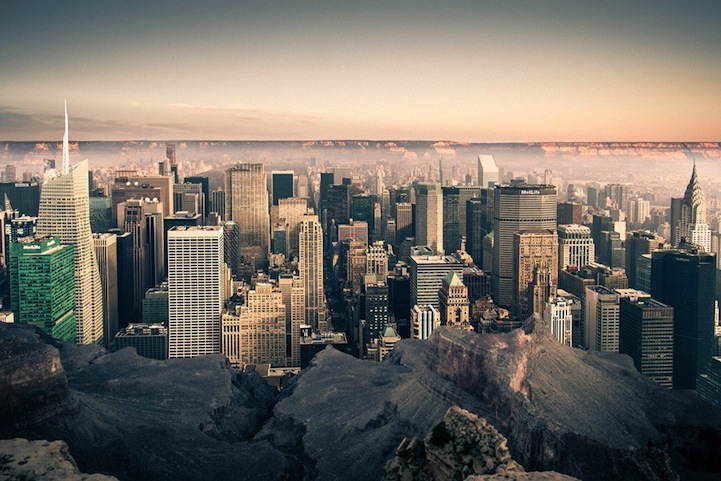 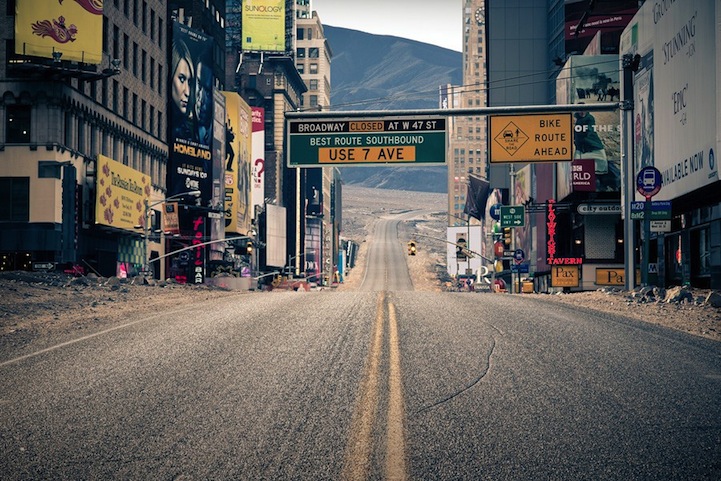 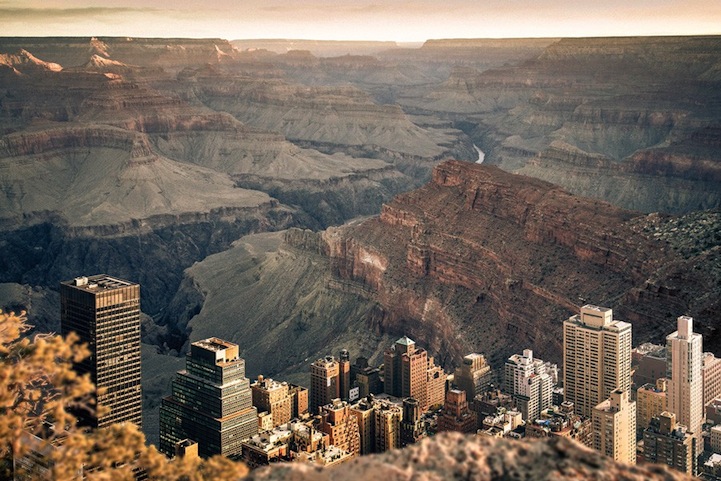 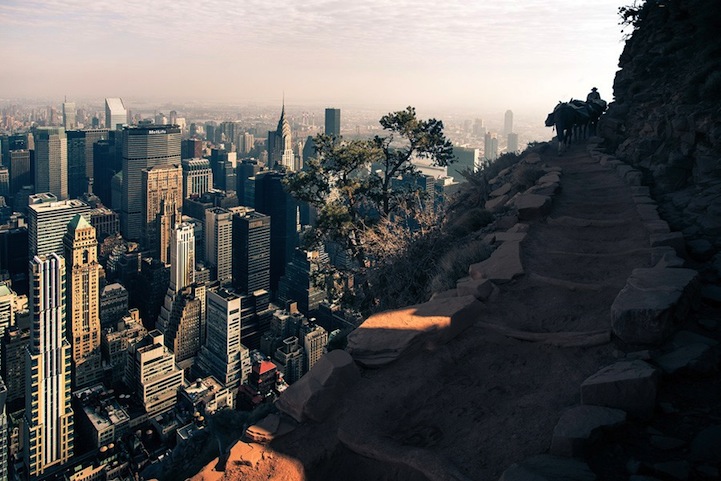