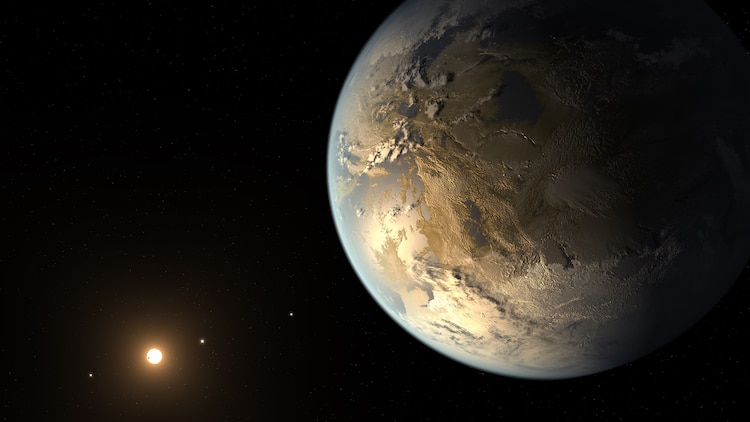 Humans have long wondered if there were other planets like Earth where life could thrive. This age-old question began to resurface as more and more exoplanets were discovered in recent years. Thanks to a new study, we have an idea of just how many planets might support life, and the number might shock you.

Using data from the now-retired Kepler space telescope, a group of researchers has estimated that there are about 300 million habitable planets just in the Milky Way. And several might even be in our neighborhood. So what makes a planet habitable in the eyes of astronomers? First, the planet needs to be rocky and capable of supporting liquid water on the surface. And second, it needs to have a nearby star that is the correct temperature. To be precise, these stars need to be a similar temperature to the Sun, give or take 1,500 degrees Fahrenheit.

Interestingly, a few exoplanets relatively close by meet the criteria. In fact, at least four are within 30 light-years of our Sun, with the closest only 20 light-years away. Of course, nothing is for certain, but this research helps us understand what exoplanets have the potential to have the right ingredients to support life. The results come about after the researchers closely examined four years of research from the Kepler space telescope.

Illustration of the possible appearance of the planet Kepler-452b, the first near-Earth-size world to be found in the habitable zone of a star similar to our Sun. (Photo: NASA Ames/JPL-Caltech/T. Pyle)

“Kepler already told us there were billions of planets, but now we know a good chunk of those planets might be rocky and habitable,” says the lead author Steve Bryson, a researcher at NASA's Ames Research Center in California's Silicon Valley. “Though this result is far from a final value, and water on a planet's surface is only one of many factors to support life, it's extremely exciting that we calculated these worlds are this common with such high confidence and precision.”

Until it ran out of fuel and was retired in 2018, the Kepler space telescope was on a mission to find out how many habitable planets exist in our galaxy. For this study, the information it collected was combined with data from the European Space Agency's Gaia mission. The Gaia mission provided important information about how much energy falls on a planet from its host star, opening up a world of possibilities. In fact, taking into account the atmosphere of these planets, they found that about half of Sun-like stars have rocky planets capable of hosting liquid water on their surfaces.

Before you start thinking that we'll be jetting off to these exoplanets anytime soon, more work must be done to see if the researchers' predictions are correct. Still, it's a big breakthrough for all those involved in trying to unravel the mysteries of the universe. “To me, this result is an example of how much we've been able to discover just with that small glimpse beyond our solar system,” said Bryson. “What we see is that our galaxy is a fascinating one, with fascinating worlds, and some that may not be too different from our own.”