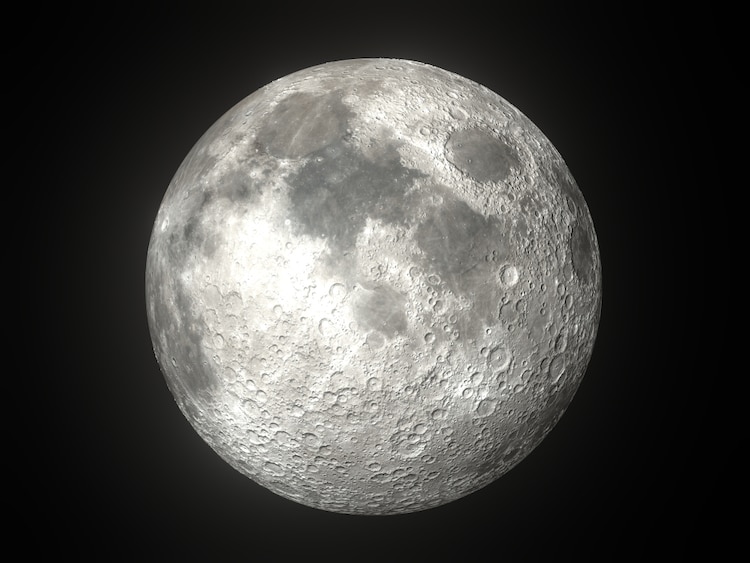 Scientists have just confirmed what's been believed for over a decade—there's water on the Moon. Specifically, thanks to observations by NASA’s Stratospheric Observatory for Infrared Astronomy (SOFIA), traces of water have been found on the sunny side of the Moon. While ice has been found in the shadowed craters around the Moon's poles, this is the first time we can definitely say water exists where there is Sun.

Though observations made by the Cassini mission and Deep Impact comet mission suggested that there was hydration on the Moon, those missions had no way to distinguish if the particles were water or its close cousin hydroxyl. SOFIA, which is a modified Boeing 747SP jetliner with a 106-inch diameter telescope, captured data that, without a doubt, shows the presence of water.

Of course, we're not talking about a big lake or stream here. In reality, the data shows the equivalent of a 12-ounce-bottle of water trapped in the soil. The fact that this water is on the sunny side of the Moon is remarkable because, without a thick atmosphere, there's nothing to keep it on the planet.

“We had indications that H2O—the familiar water we know—might be present on the sunlit side of the Moon,” said Paul Hertz, Director of the Astrophysics Division in the Science Mission Directorate at NASA Headquarters in Washington. “Now we know it is there. This discovery challenges our understanding of the lunar surface and raises intriguing questions about resources relevant for deep space exploration.” 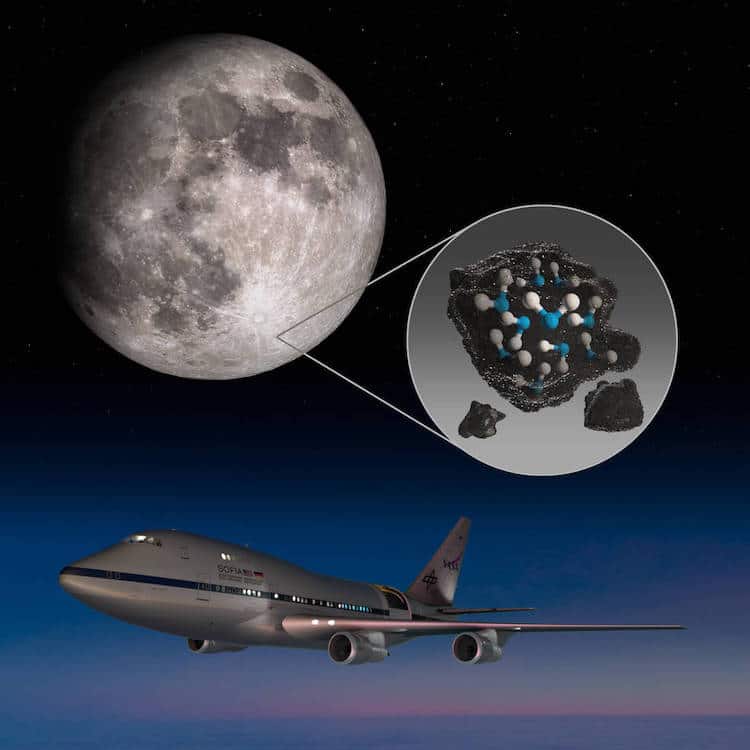 This illustration highlights the Moon’s Clavius Crater with an illustration depicting water trapped in the lunar soil there, along with an image of NASA’s Stratospheric Observatory for Infrared Astronomy (SOFIA) that found sunlit lunar water. (Photo: NASA/Daniel Rutter)

The full results of SOFIA's findings have been published in Nature. The team, led by Casey Honniball from the University of Hawaii at Mānoa, has a hypothesis for how the water actually got on the Moon in the first place.

“We mainly think the water is in glass,” shared Honniball. “When a micrometeorite impacts the Moon, it melts some lunar material, which quickly cools and forms a glass. If there is water already present, formed during or delivered during the impact, some of the water can be captured in the structure of the glass while it cooled.”

There is also another theory that there are regions of permanent shadow in polar craters. High up in the crater rims, there are areas that the sun never touches, allowing water to thrive. No matter how the water got there, the fact that it exists opens up exciting possibilities for NASA. As they are planning to send the first woman and another man to the Moon in 2024, with the hope of establishing a consistent presence by the end of the decade, this precious source of life is key.

Having water on the Moon would mean that astronauts wouldn't have to bring as much with them, freeing up valuable space for other supplies. And, if the water is usable, it could be implemented in several ways—for drinking, fuel, and oxygen.

Interestingly, SOFIA's first discovery was somewhat of a fluke. The team was experimenting to see if the telescope was even capable of tracking the Moon. Now that this first observation yielded so much intel, astronomers are eager to get started again.

“The first time SOFIA has looked at the Moon, and we weren’t even completely sure if we would get reliable data, but questions about the Moon’s water compelled us to try,” said Naseem Rangwala, SOFIA’s Project Scientist at NASA's Ames Research Center in California's Silicon Valley. “It’s incredible that this discovery came out of what was essentially a test, and now that we know we can do this, we’re planning more flights to do more observations.”