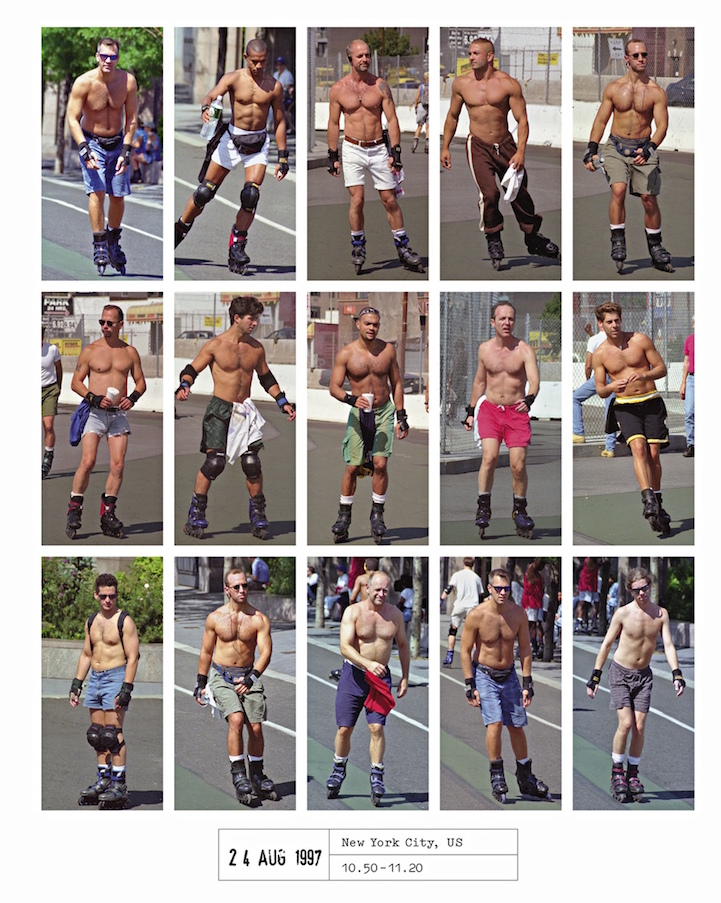 For over 20 years, Netherlands-based photographer Hans Eijkelboom has photographed the popular fashion choices of unknowing pedestrians in metropolises like New York, Shanghai, Paris, and Amsterdam. But instead of searching for standout, eccentric dressers, Eijkelboom searches for people that were wearing the same thing. The ongoing project, now a book published by Phaidon, is titled People of the Twenty-First Century, and it's a fascinating look at what was en vogue from 1993 to 2013.

If these images appear candid, it's because they are. Eijkelboom conducted secretive photo sessions on the most crowded blocks with large shopping centers. In order to not draw attention to himself, he slung his camera around his neck and placed its wired trigger into his pocket. He'd click the shutter whenever someone interesting passed him.

Eijkelboom tells The Guardian that within 10 to 15 minutes, he would spot a trend in clothing and then stay in the same area for up to two hours photographing multiple iterations of it. While the images highlight conformity through fashion, Eijkelboom's gridded format allows us to compare how each individual adds their own spin on it. Sometimes it's subtle and other times garish, but in the end these styles unite the wearers as they walk down the busy streets. 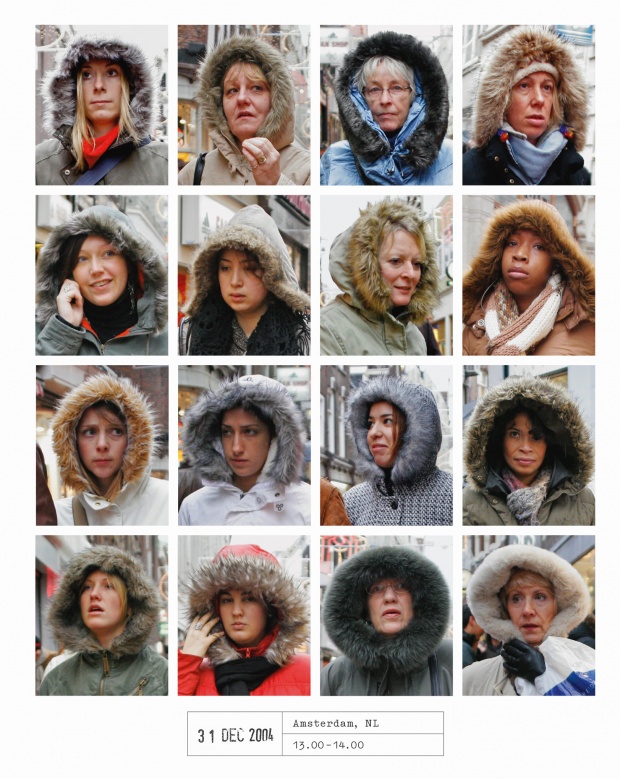 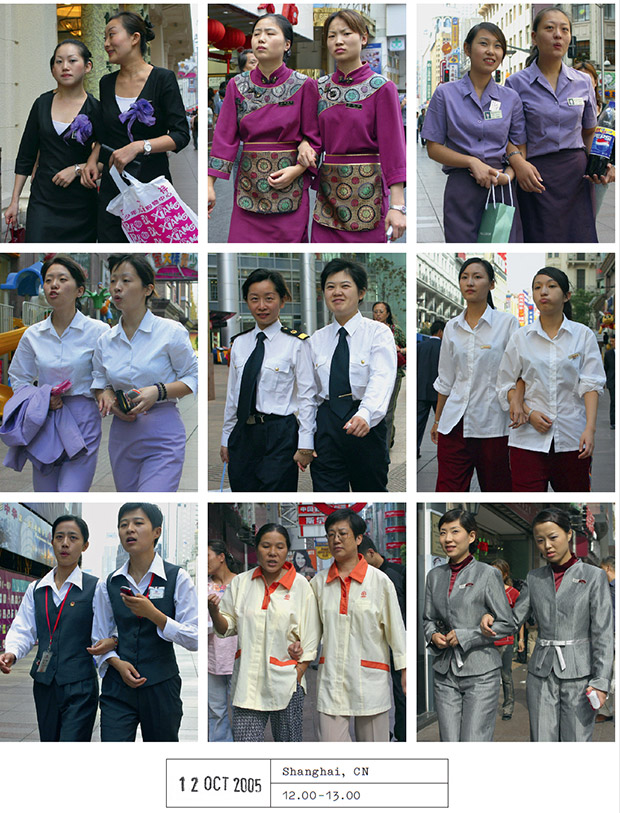 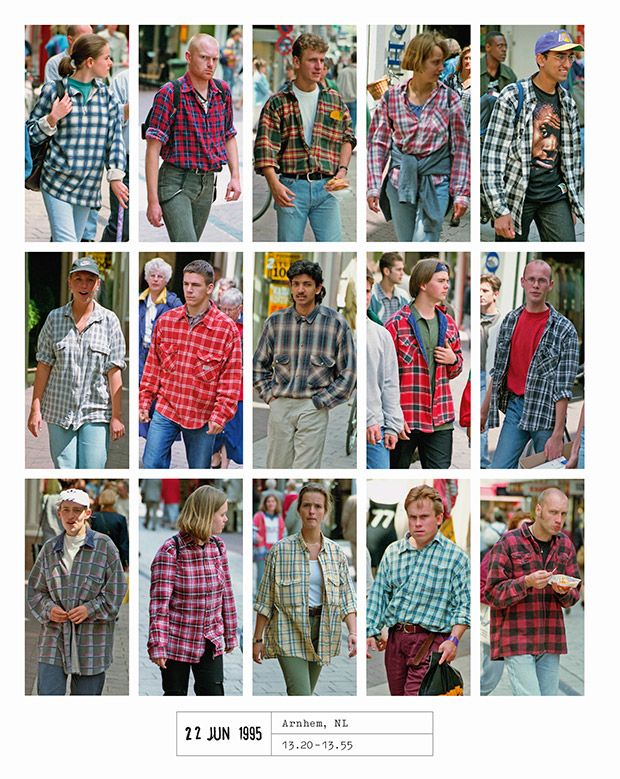 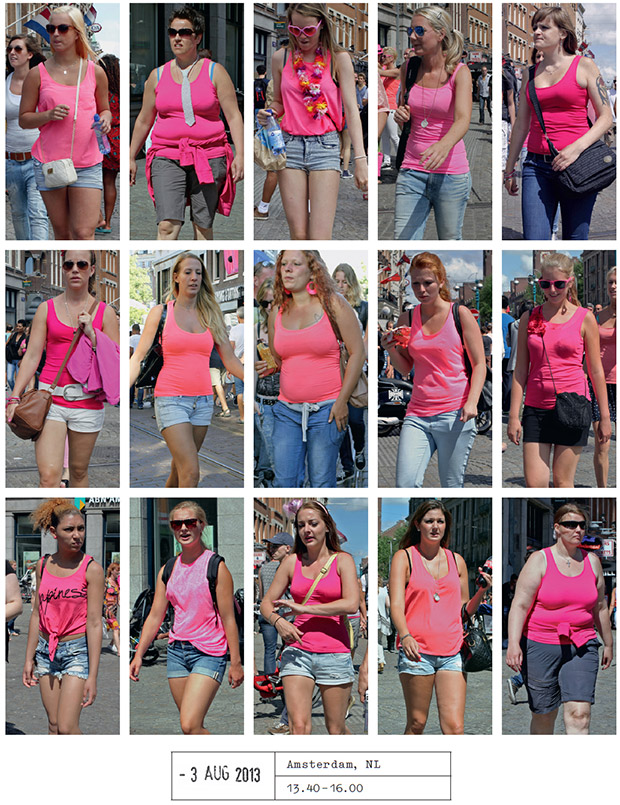 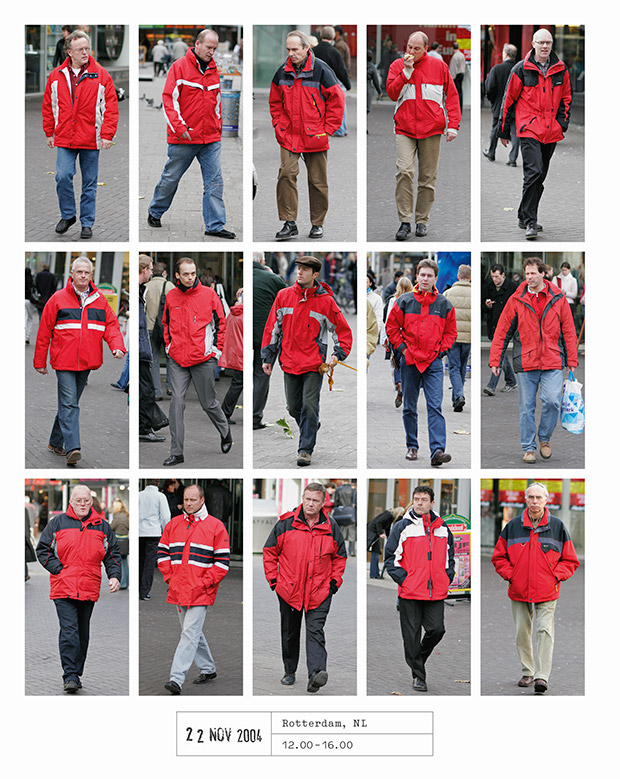 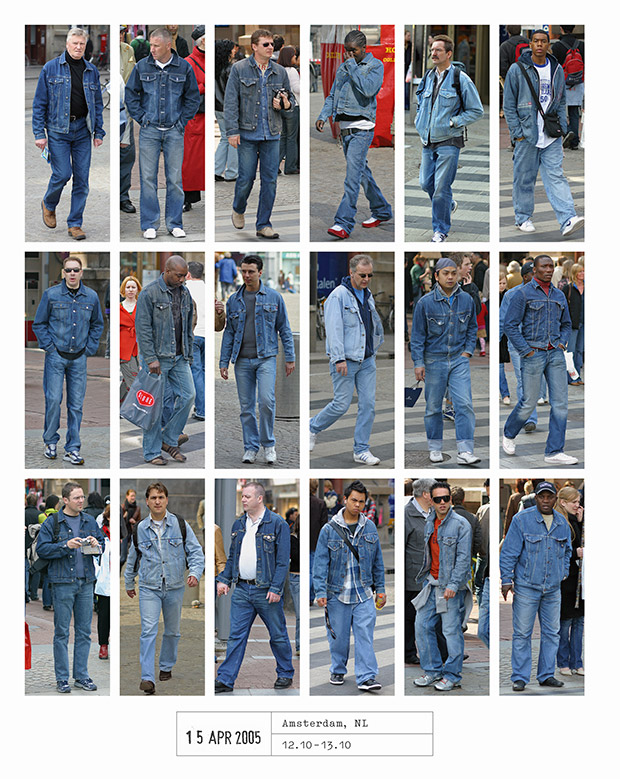 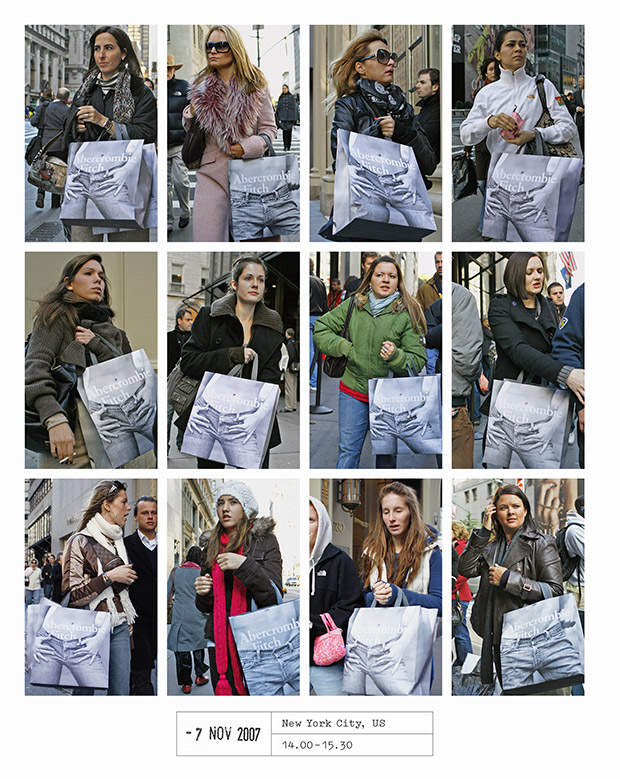 Hans Eijkelboom website
via [Feature Shoot and The Guardian]