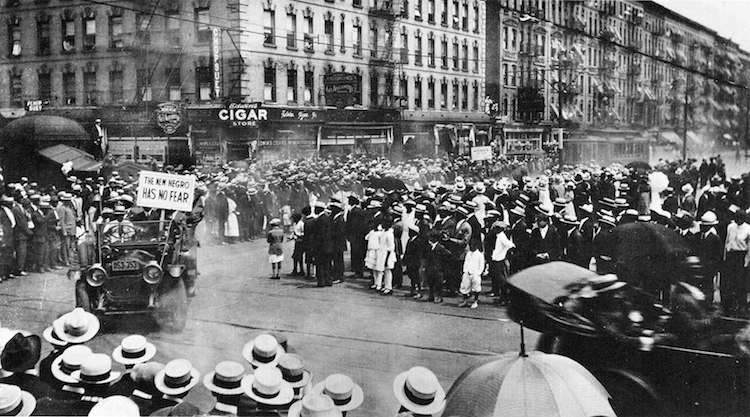 In the early 20th century, New York City's Harlem neighborhood underwent a historic transformation. During what is now described as the Harlem Renaissance, the area thrived as a cultural hub for African Americans, culminating in unprecedented advancements in art, literature, and music.

Though this “golden age” lasted less than 20 years, its legacy has lived on for decades. Because of both its influence on the arts and its impact on modern black culture, the Harlem Renaissance remains one of America's most important cultural movements.

The History of the Harlem Renaissance

While the movement emerged gradually, many historians mark its onset as 1918—two years after the start of the Great Migration. This phenomenon saw a mass exodus of over 6 million African Americans fleeing the segregated South to urbanized areas across the country. “Seeking political asylum within the borders of their own country” (Smithsonian Magazine), many of these individuals set off for New York City and settled in Harlem. 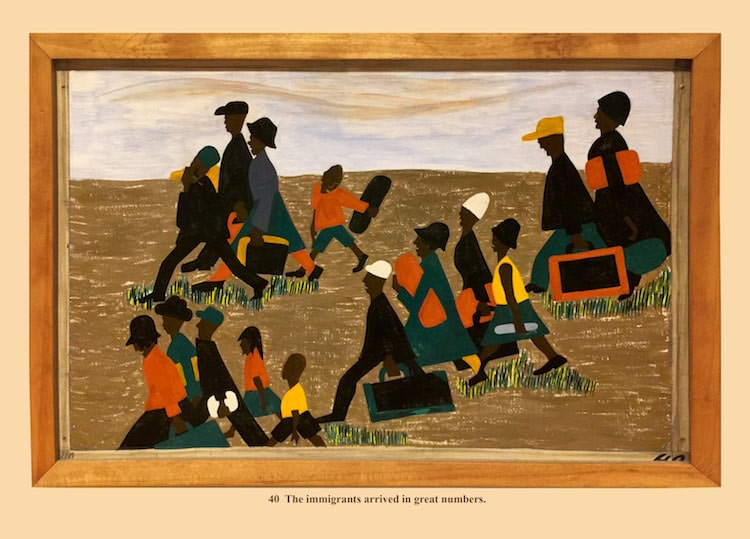 Since the turn of the century, Harlem had been attracting more and more black residents. While it was initially intended to be an upper-class white neighborhood, a surplus of housing left many of its buildings empty. A handful of African American families from other parts of the city filled these empty spaces, prompting other black New Yorkers to follow suit. This made the neighborhood particularly appealing to the Southern asylum seekers, whose relocation helped transform the unassuming neighborhood into a major cultural center.

“The Harlem section of Manhattan, which covers just three square miles, drew nearly 175,000 African Americans, giving the neighborhood the largest concentration of black people in the world,” the National Museum of African American History and Culture explains. “Harlem became a destination for African Americans of all backgrounds. From unskilled laborers to an educated middle-class, they shared common experiences of slavery, emancipation, and racial oppression, as well as a determination to forge a new identity as free people.”

In order to help achieve this shared objective, artistic African Americans from all over the country flocked to Harlem, where their creativity was fostered and their work was groundbreaking. 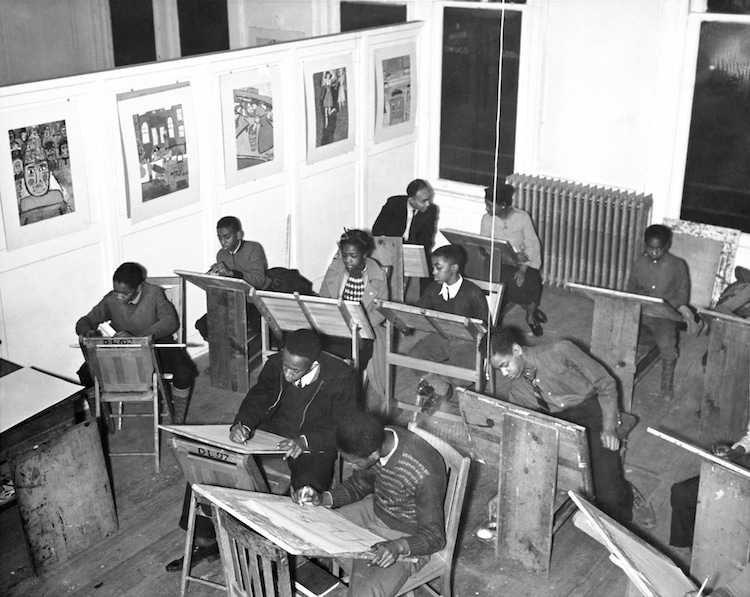 Fine artists flocked to Harlem during its rebirth. Most of these figures focused on painting, sculpting, and other means of artistically exploring the African American story. This approach culminated in a vast collection of historically significant works, from the powerful and poignant sculptures of female artist Meta Vaux Warrick Fuller to the modernist murals of the Jazz Age by Aaron Douglas. 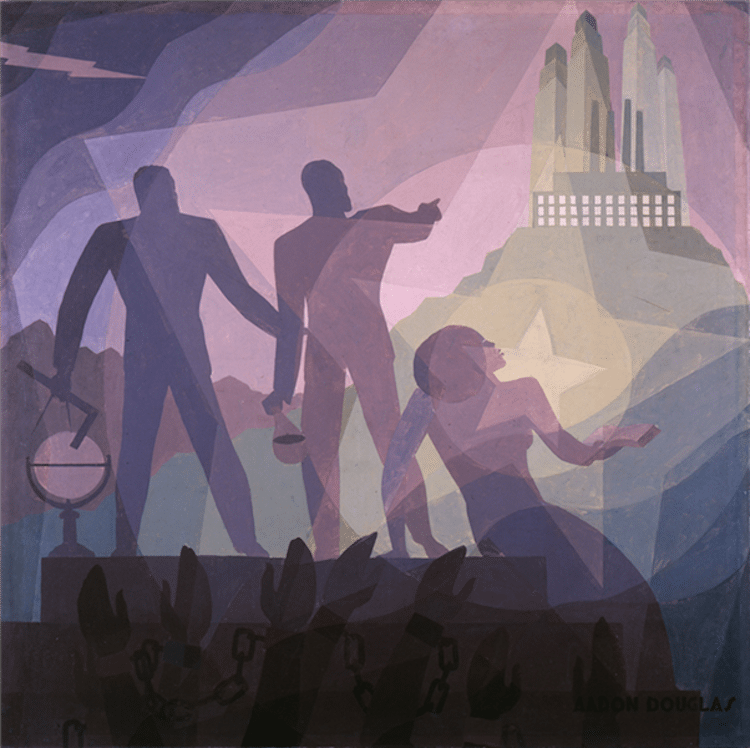 Though the guild only lasted a few years (it ended in 1941), it achieved the goals laid out in its constitution: to encourage young talent, to foster a relationship between artists and the public, and to improve artists' standards of living and opportunities. It also led to the establishment of the Harlem Community Art Center, an unprecedented space established through the Federal Art Project. 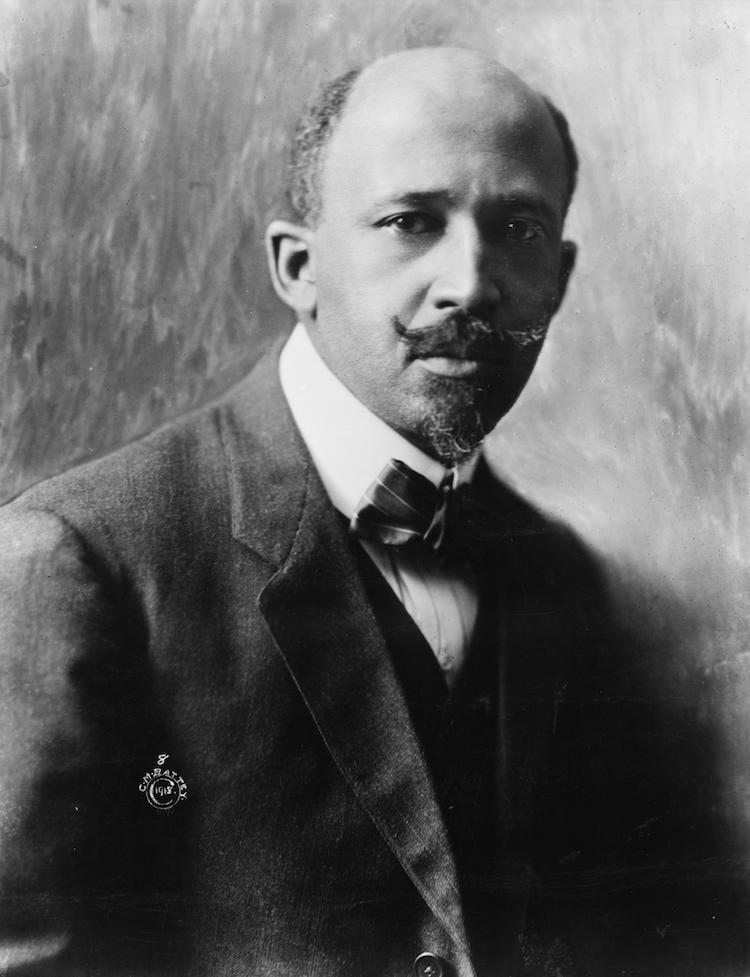 Another discipline that thrived during the Harlem Renaissance was writing. During this time, people involved with the movement relied heavily on print media and poetry as means to spread the word.

One magazine that proved particularly popular was The Crisis, a quarterly publication published by the National Association for the Advancement of Colored People (NAACP). Intended to “show the danger of race prejudice, particularly as manifested today toward colored people,” The Crisis shared work by black writers. W.E.B. Du Bois (a prominent activist, sociologist, historian, and writer) was the editor of the magazine—which is still in circulation today—until he resigned in 1934. 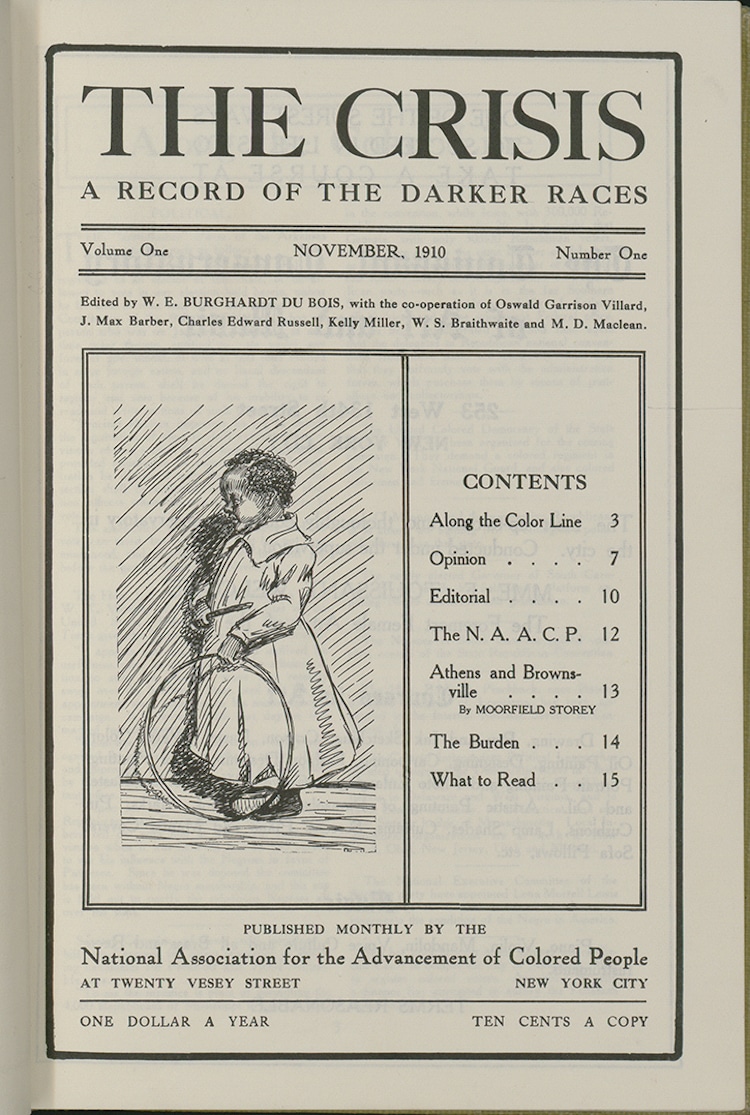 First Issue of “The Crisis: A Record of the Darker Races,” November 1910 (Photo: Wiki Art [Fair Use])

In addition to magazines like The Crisis, poems provided a platform for activism and a means to reflect upon black history. At the center of this phenomenon was Langston Hughes, a poet who viewed writing as a way to “express our individual dark-skinned selves without fear or shame.” Hughes was a pioneer of jazz poetry, which translates the distinctive sound of jazz into lyrical written works. Notable pieces by Hughes include “Dreams,” “The Weary Blues,” and “Words Like Freedom.” 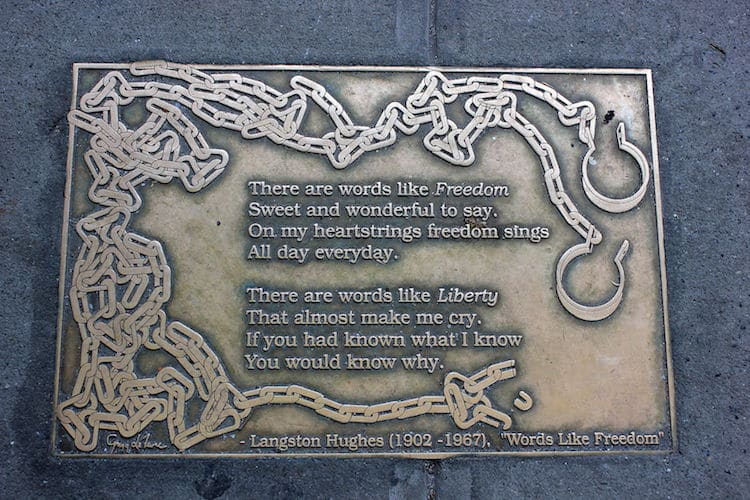 Writer, educator, and patron Alain LeRoy Locke—also known as the “Dean” of the Harlem Renaissance—also published an anthology of fiction, poetry, and essays on African and African American culture in 1925 called The New Negro: An Interpretation. It featured fiction works by Langston Hughes, Jean Toomer, and Zora Neale Hurston as well as numerous essays that explored real-life experiences by middle and working-class African Americans. 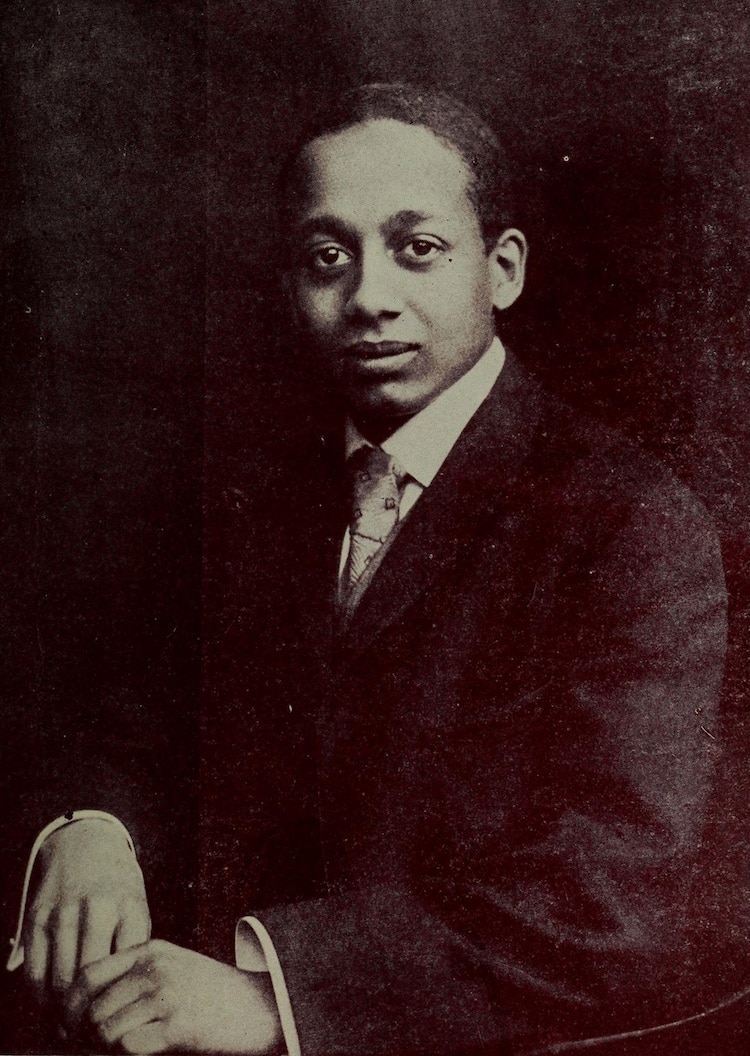 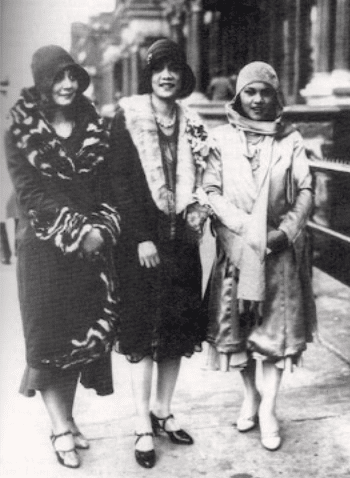 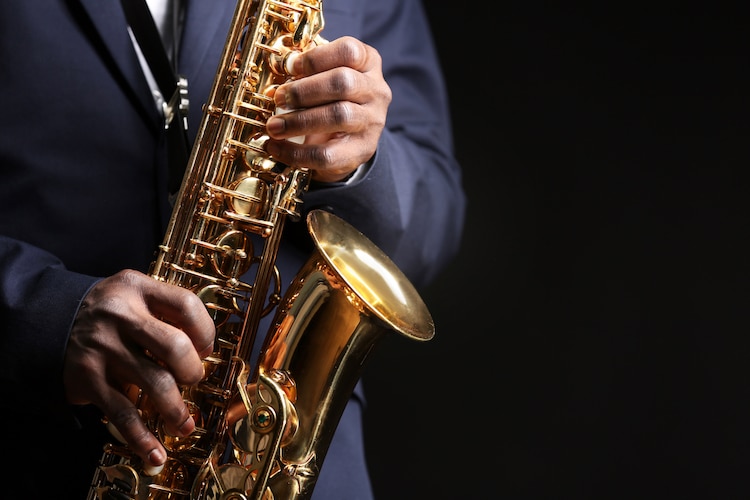 The Harlem Renaissance emerged when the Jazz Age was in full swing. This period is characterized by the rising popularity and proliferation of jazz music—a genre characterized by expressive, syncopated rhythms and varying degrees of improvisation—among all sorts of American demographics. Like the ragtime and blues genres that inspired it, jazz was invented by black musicians, making it an intrinsic part of the Harlem Renaissance.

During this time, jazz greats like Duke Ellington, Billie Holiday, Ella Fitzgerald, and Louis Armstrong rose to prominence, thanks in part to performances at Harlem's Cotton Club. Though this venue was segregated (“only white patrons could enter the establishment while all the service and entertainment was provided by black entertainers,” explains Harlem World Magazine), it played a pivotal role in popularizing jazz and helped further the movement's cause.

The Cotton Club closed following a race riot in 1935—an event that, along with the Great Depression, marked the end of the Harlem Renaissance. 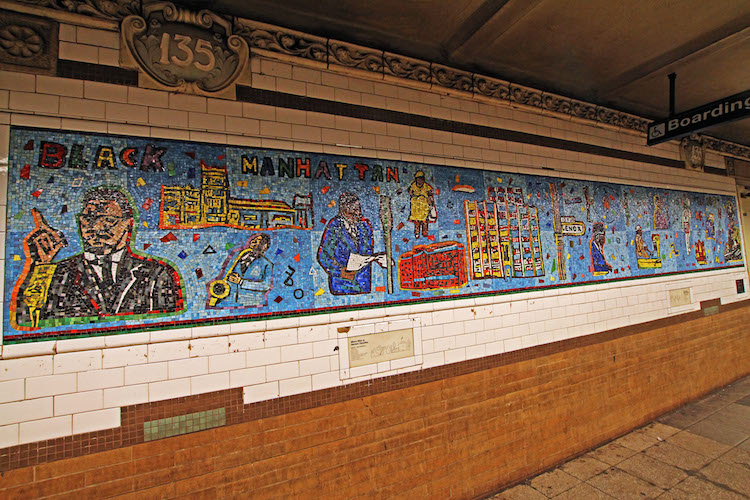 Though Harlem's golden age ended in the middle of the 1930s, its legacy remains strong today. In addition to the contributions made by its artists, writers, and musicians, the movement paved the way for future achievements. From modern artists like Jacob Lawrence to the iconic Apollo Theatre, the area has continued to shape even more important figures and sites over the course of the last century.

In 2013, First Lady Michelle Obama spoke in the New York City neighborhood, which she praised as an important site for African American History. “There’s a reason why I wanted to bring you all to Harlem today,” she said, “and that is because this community is infused with the kind of energy and passion that is quintessentially American but that has also touched so many people around the world.”

She ended her speech by reading from the Langston Hughes poem, “Dreams.”