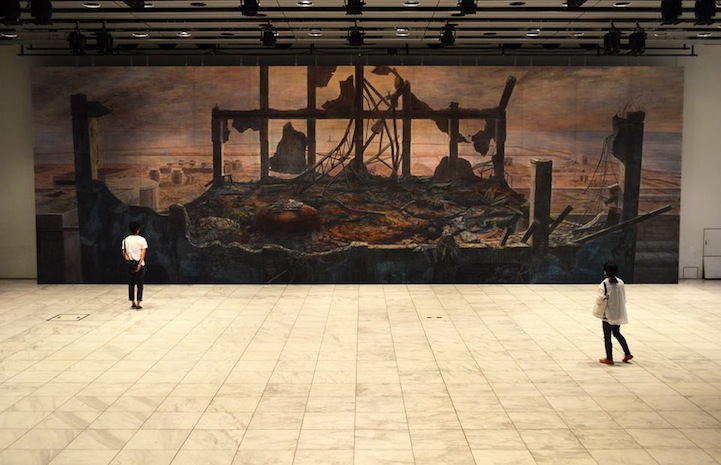 When he first started out, Kagawa painted science-fiction, celestial-inspired scenes. But when a devastating earthquake and tsunami hit Tohoku, Japan, in 2011, his art changed with the ravaged landscape. That's when he started depicting scenes that bring to life the ruin that the city he cares about experienced.

As far as his original inspiration for the series, the artist says he simply “wanted to draw something gigantic,” and his watercolor murals were born. Now, 12 years later, Kagawa says his paintings are about five times larger than his original, and he completes about one painting per year. This timeframe is a tribute to his meticulous attention to detail, and also the sheer size of his canvases. 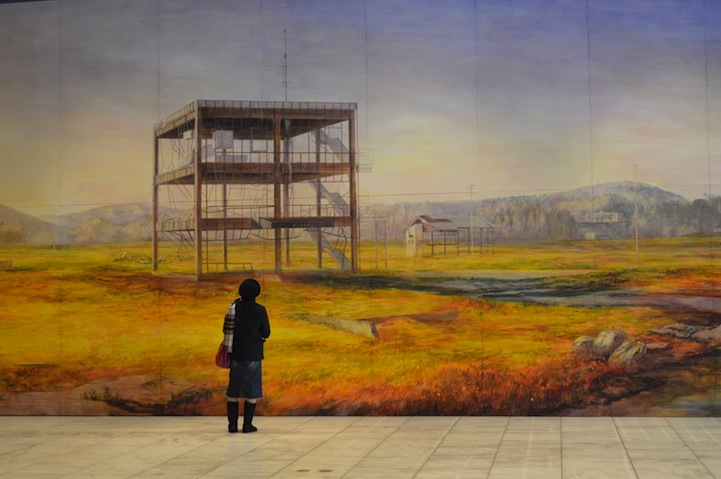 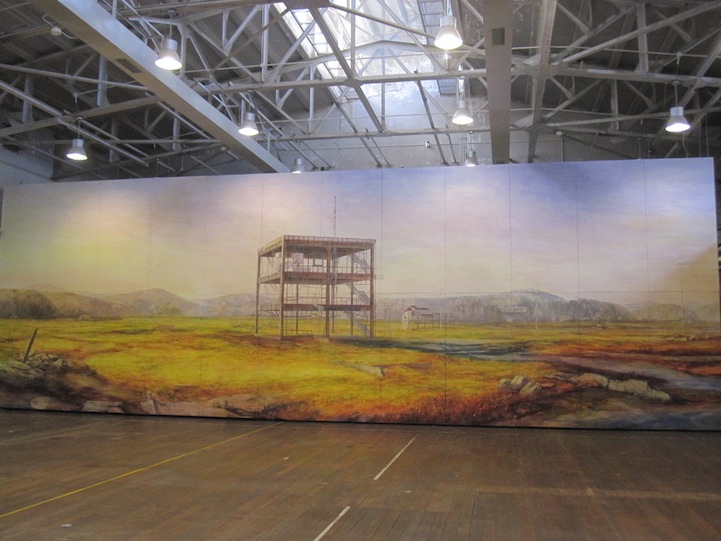 A look at some of Hiroshige Kagawa's older artwork: 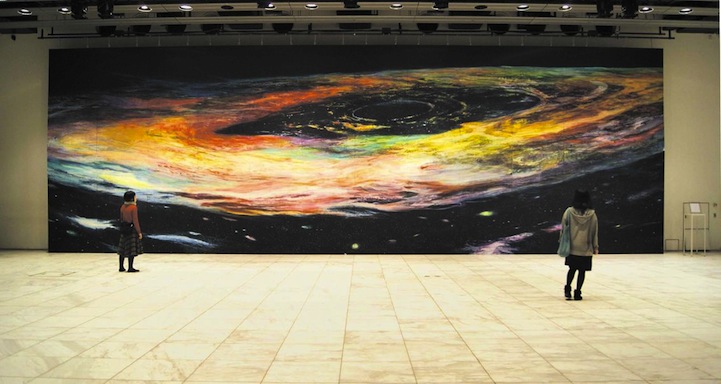 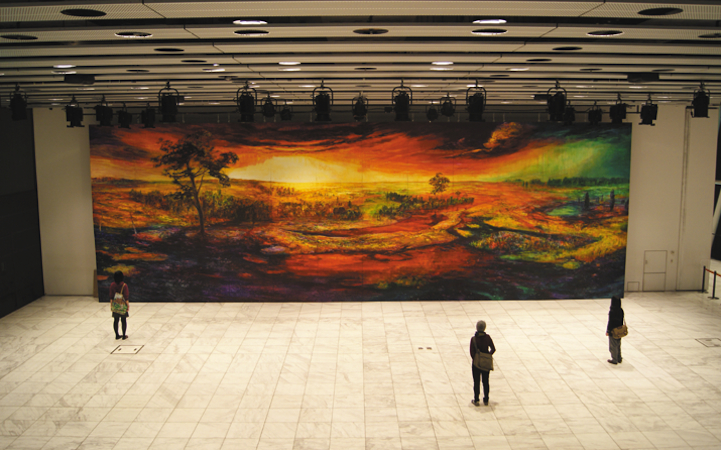