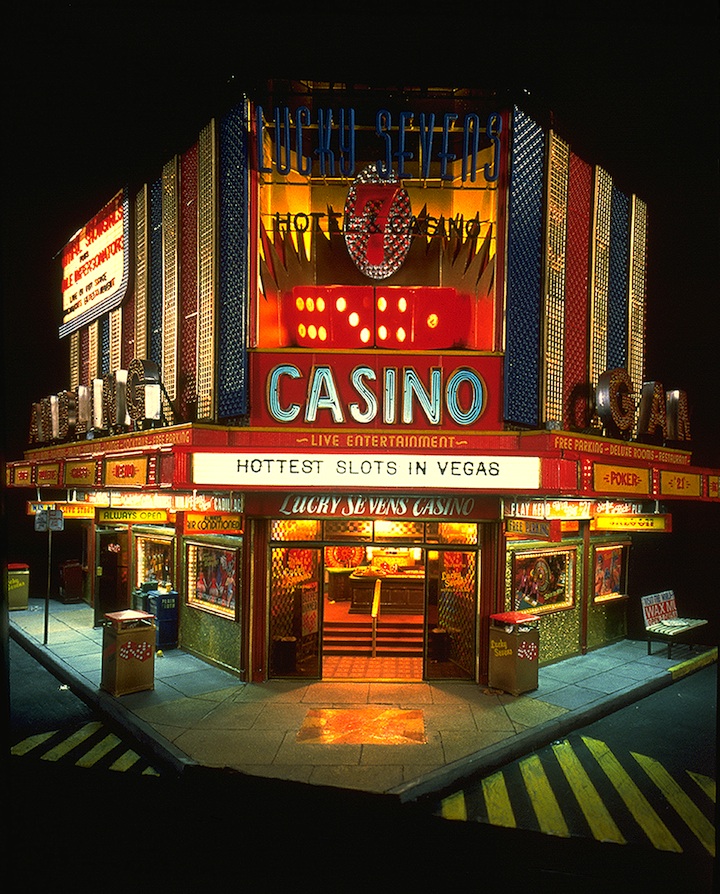 After being completely amazed by Alan Wolfson's hyper-realistic Canal Street scene, I knew I had to get in touch with him. Though the Q&A section on his website is quite thorough, I still had some lingering questions. Wolfson was kind enough to not only answer them (below), he sent us over a broad collection of work so that we could really get a feel for his magnificently detailed, miniature urban sculptures. 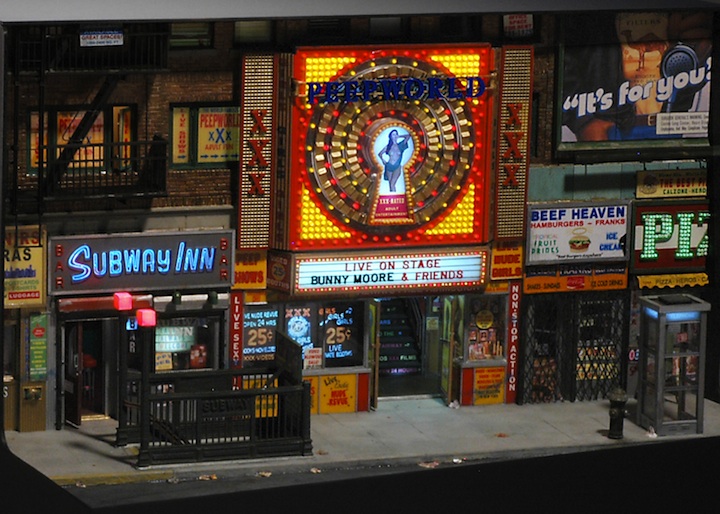 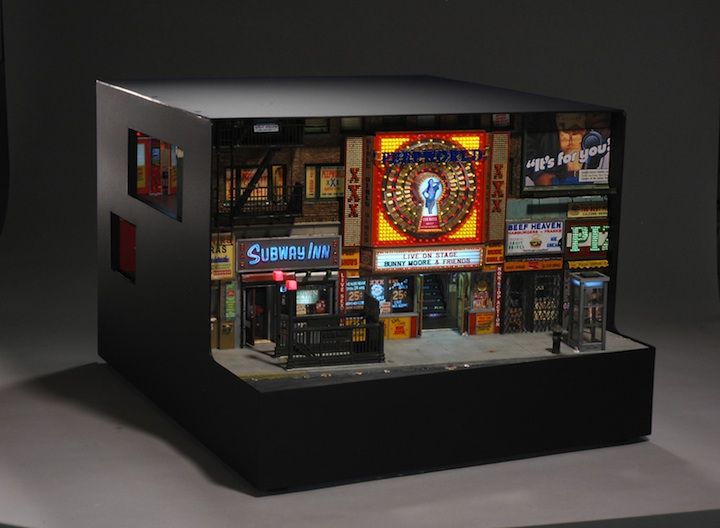 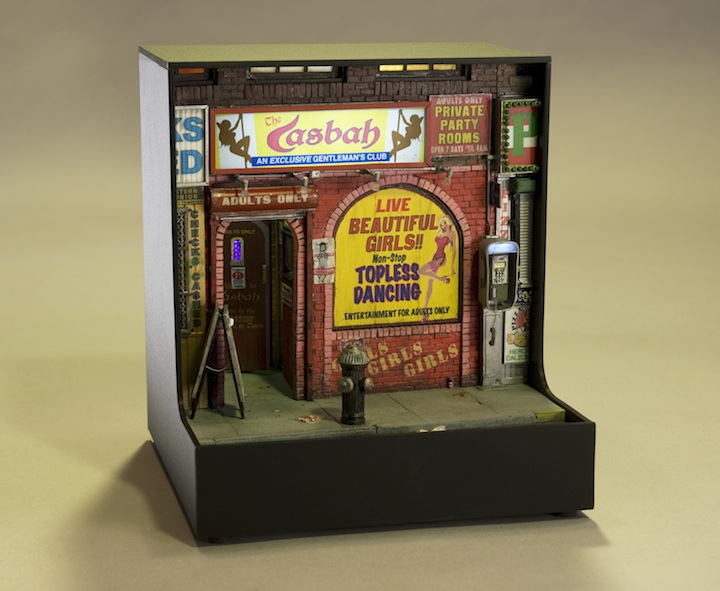 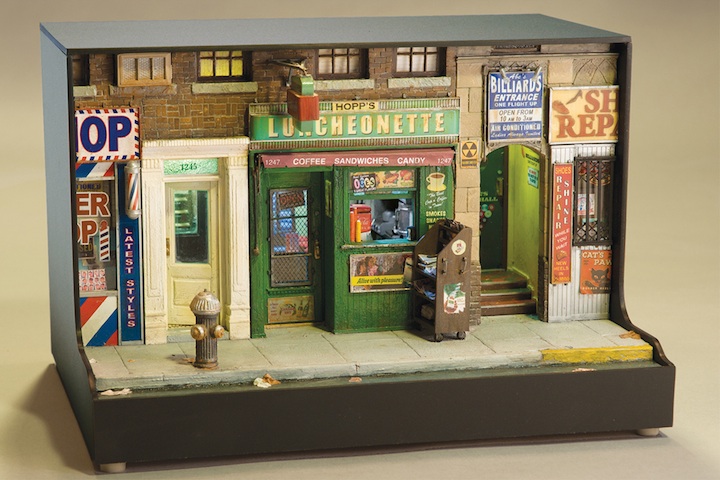 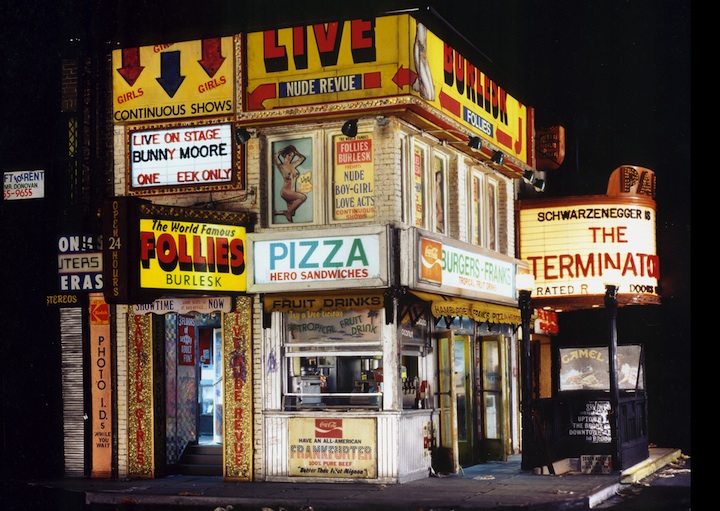 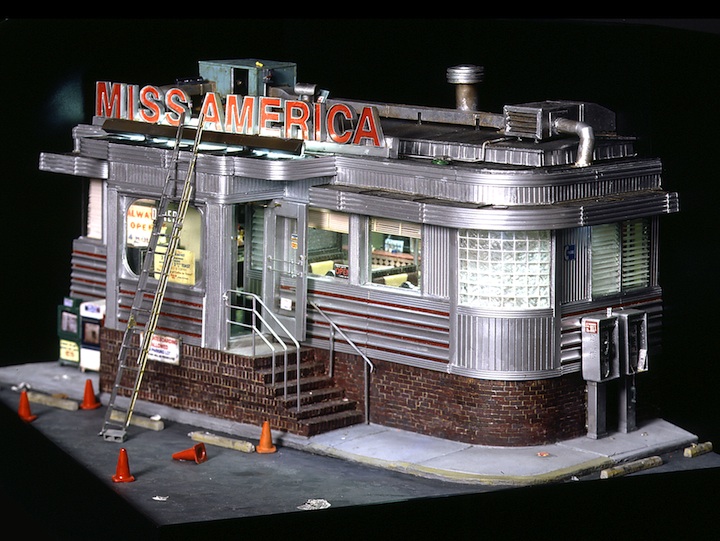 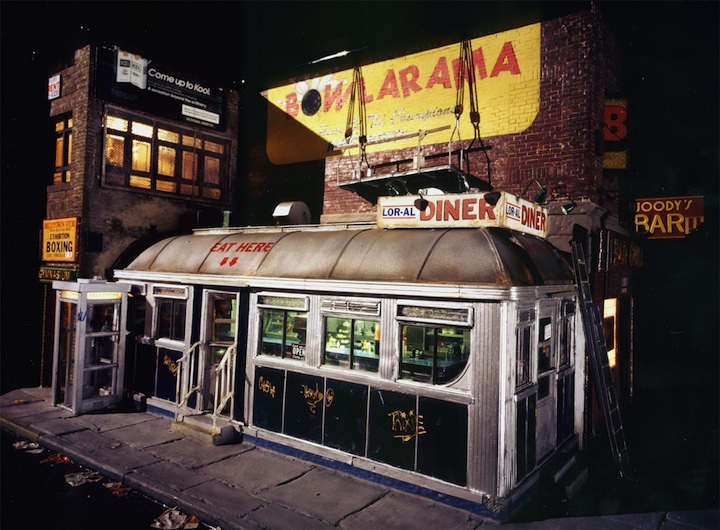 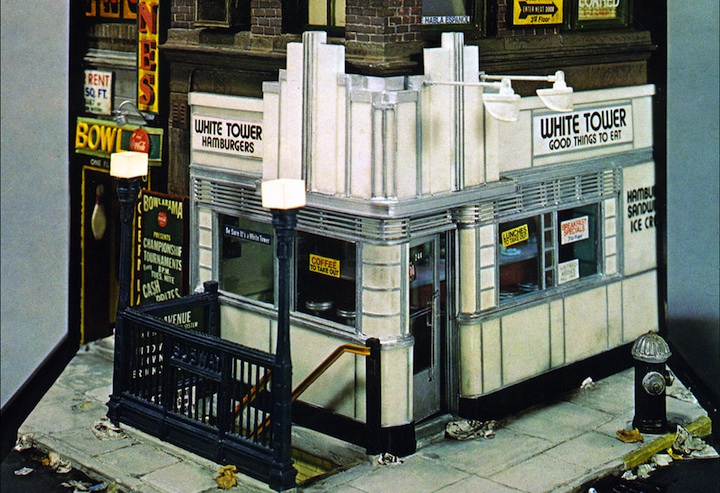 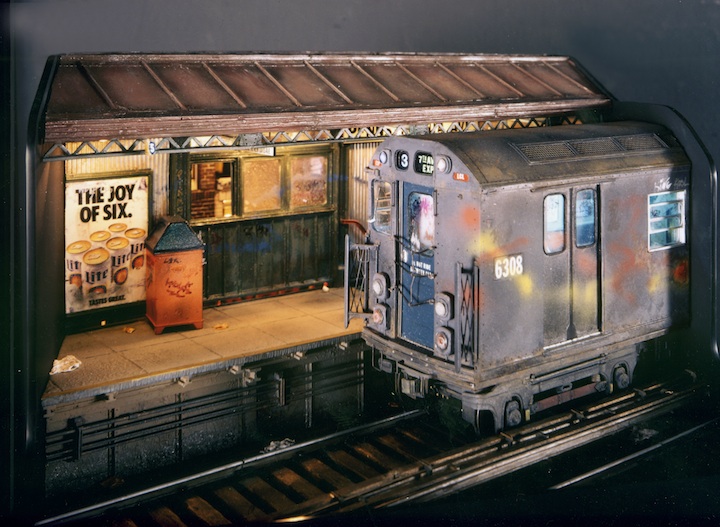 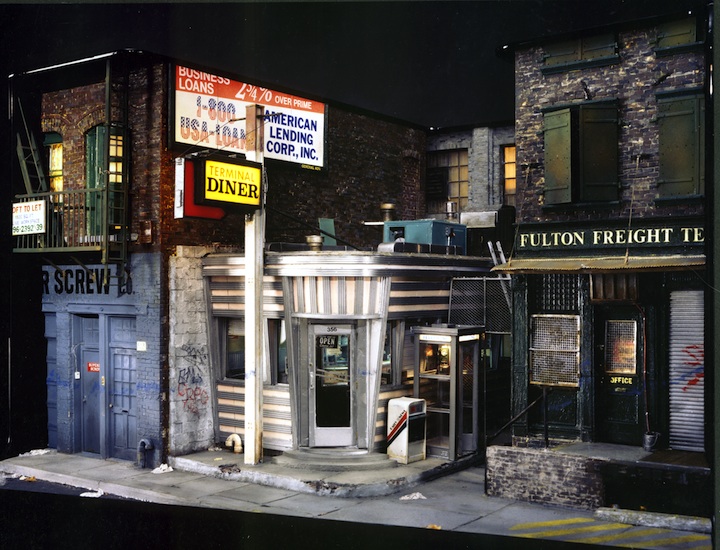 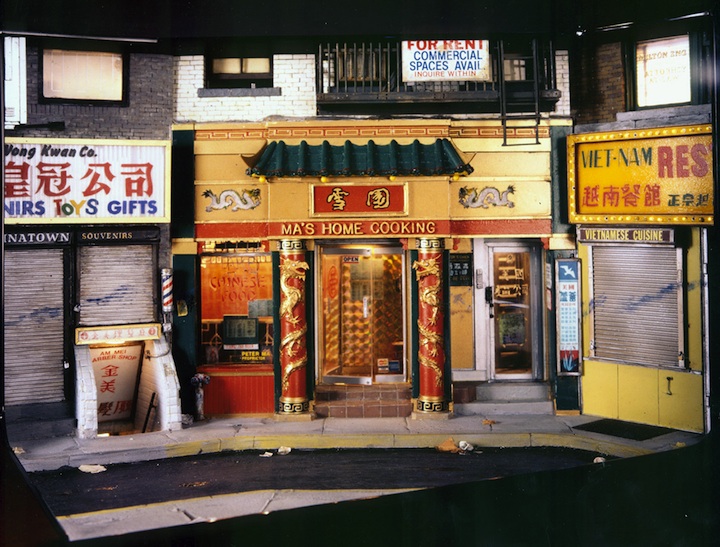 How do you have the patience to create these incredibly detailed dioramas?
I've been fortunate enough to be able to do my own artwork for so many years. When you enjoy what you're doing there's less a sense of drudgery than if you're working a job you don't like.

My work is very time consuming and very work-intensive. I spend a lot of time pre-planning the project. I might have a project ‘in my head' for years before I actually start it in the studio. I think about the architecture and possible sight lines until I think I have a workable layout. At that point I'll usually do one or two thumbnail drawings and then start working on a cardboard mock-up of the piece just to see if the design works in 3D. After the mock-up is built, I'll start thinking about the lighting in the piece and doing research for visual details. Of course, the real test of my patience comes once I'm in the studio working on the actual construction.

One of my standards is that everything is built from scratch. I won't use anything store-bought in the pieces. This greatly increases my workload, but permits me to achieve exactly the look and feel I am going for. I try to break up the tasks for myself. If I'm tired of doing the construction work – I might switch over to working on the electrical/lighting aspect of the piece. Or there are always plenty of graphics to be done…or even some carpentry. In other words, the projects are diverse enough that I can switch gears when necessary. If all that fails I take time off and chill out. So I don't think it's only a matter of patience – it's also planning and vacation.

You've said that you consider your work photorealist art. When you're making these pieces are you thinking about making them as realistic as possible on screen or are you more concerned about the way the piece is seen in person?
My work has definitely been influenced by the Photorealists. We share some of the same subject matter and incorporate a high level of detail in our work. Where we part ways is that I'm attempting to portray a narrative with my work, whereas Photorealist paintings are more a snapshot of a scene.

I believe I was directly influenced by several other artists including: Edward Hopper, Ed Kienholz, and George Tooker, for the moods, feelings and implied scenarios of their works.

I do attempt a high degree of realism. If a viewer comes across my work in a gallery or museum, they're going to spend a certain amount of time looking at the work – usually from less than a foot away. Because of such up-close scrutiny, if I'm attempting to create an environment realistically, there's not much detail I can afford to leave out without compromising that sense of realism.

That's also the reason I never include miniature people in my work. I think once you put a person in there, it distracts the viewer from the scene and draws attention to the fact that you're looking at a miniature. I prefer to portray the narrative element of the piece through the use of inanimate objects. I want the viewer to formulate their own story in their mind by seeing objects or conditions that someone has left behind. Things like graffiti, trash, a half-eaten meal, or a door ajar help to tell a story in that the viewer would wonder, “What just happened here?”.

How has your style evolved over the years? What have you changed or refined about your process?
I think my style, aesthetic and content has remained consistent over the years, but I try to do something new in each piece in terms of materials, techniques or technologies. One example would be the changes in lighting technology over the past several years. The introduction of LEDs has opened a whole new area of lighting possibilities that I incorporate in my work. Of course, each new project I take on gives me the opportunity to use techniques or refine design elements that I have learned from past projects.

Wolfson will be showing Canal St. Cross-Section at the Otherworldly: Optical Delusions and Small Realities show from June 7th till September 18 at the Museum of Arts and Design in NYC. If you're in the city, make sure to swing by and check it out!