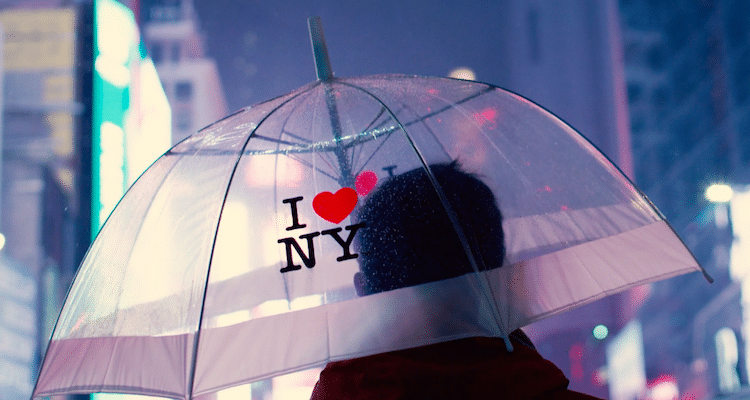 One of the most iconic logos of our time, “I ❤ NY” was first used in 1977 to promote tourism at a time when New York was in decline. Created by celebrated graphic designer Milton Glaser, who also founded New York Magazine,  the logo has gone on to become a symbol of the city and has influenced graphic design worldwide. And now, the short film I Heart NY tells the story behind the design and Glaser's love affair with New York.

Created in partnership with AIGA, the film gives a glimpse into Glaser's affection for his hometown and how it opened up a world of possibilities. Glaser reminds us that New York City has always had its ebbs and flows.  Bankruptcy and crime threatened to spoil the city in the 1970s before moving into the high flying metropolis of the 1990s, while the current climate is tinged with a darkness that is quietly emerging. “[New York] sort of embodies everything you could think of in one place,” Glaser muses.

Sketched in the back of a taxi cab, I ❤ NY was influenced by Robert Indiana's LOVE sculpture. The revolutionary use of the heart symbol instead of the word love has been imitated across the world, making it a highlight of Glaser's storied career. Printed on t-shirts, umbrellas, coffee mugs, and endless souvenirs, the logo has become stronger over time—particularly after 9/11.

“I thought it was going to last two weeks,” Glaser shares. “Strangely enough, it worked. It worked because it was a real expression of people's feelings. They wanted to say it, ‘I love New York'.”

Over the runtime of the film, award-winning production company Dress Code reminds us of just how much good design can seep into our cultural consciousness. I ❤ NY has transcended the simple status of a logo and cemented its ability to evoke strong emotions from people around the world. And through Milton Glaser, we're able to better appreciate the complicated love affair many of us have with New York.

Watch I Heart NY, which is currently making its way around the festival circuit.