A common childhood exercise involves imagining what country you’d encounter if you dug a straight line to the exact opposite side of the world. Would you go to China? Australia? Or maybe you’d venture to some tiny island you had never heard of. Well, wonder no longer. There’s now an Antipodes Map that will show you where you’d end up if you started digging (and didn’t succumb to the Earth’s fiery core).

The fascinating map is an interactive look at this thought experiment. To use it, simply input the address or city that you’d want to start your journey from. Then, the Google-powered map shows you where you’d emerge on the other side. If you’re planning a starting point in North America or most of Europe, be prepared to get wet; no matter where you begin, you’ll probably end up in the middle of the ocean! This isn’t uncommon, though. According to the map’s creators, a “majority of locations on land do not have land-based antipodes.”

Visit Antipodes Map to chart these odysseys for yourself. And if you want to make it to dry land soon, try their list of antipodes cities.

Ever wondered where you'd end up if you started digging to the exact other side of the world? The Antipodes Map will show you! 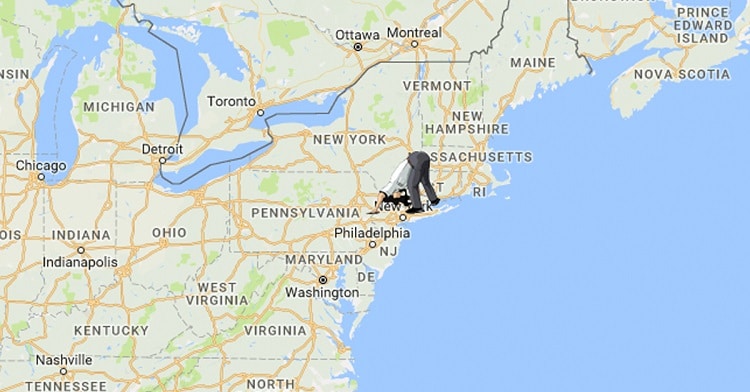 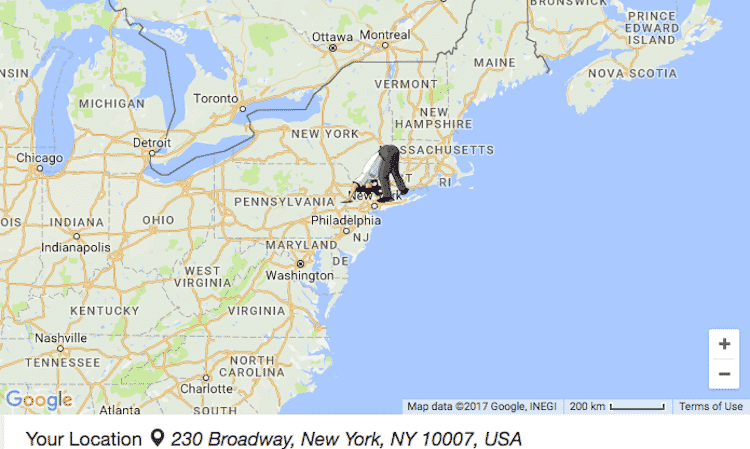 … and you'll most likely end up in the ocean! 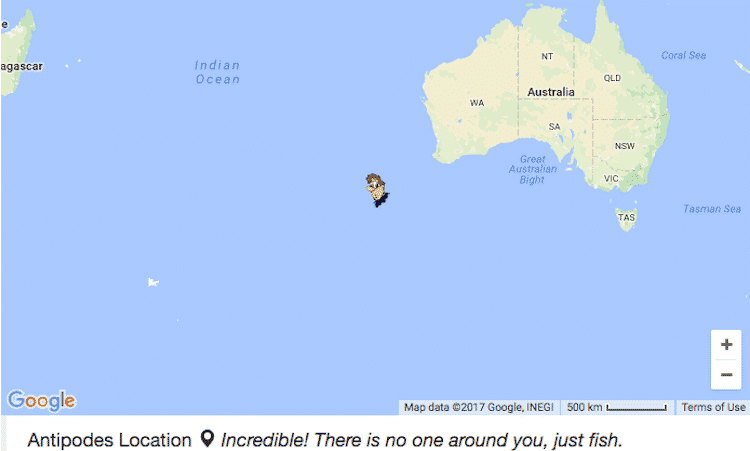 If you'd like to make it to dry land, the makers of the map have identified a number of cities that are antipodes of each other.

All images via Antipodes Map.