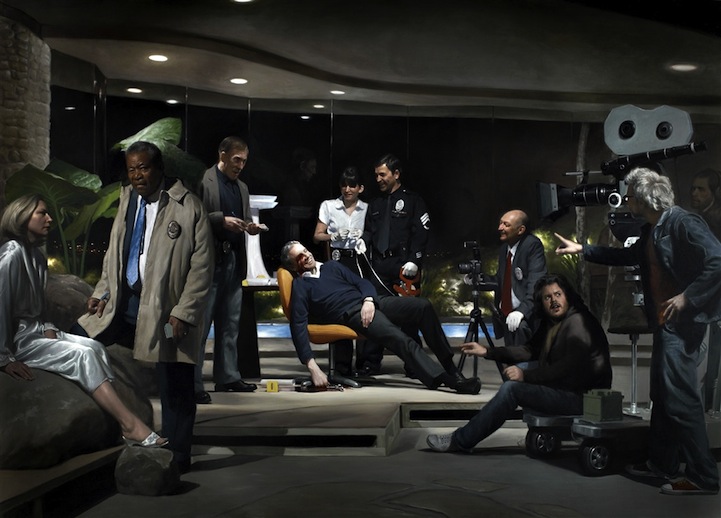 In this thought-provoking series, Jonathan Wateridge gives us clues, but expects us to solve the mystery. Another Place consists of seven, large oil paintings depicting scenes from the production and narrative of a fictional American film that is centered around an unseen catastrophic event. The production process of the paintings is reminiscent of film-making. Prior to the first marks on canvas, scale model sets are built, props are fabricated, costumes are made, and performers are cast in each role. Wateridge challenges viewers to investigate what is real and what is fake through the construction of elaborate sets with visible seams. The paintings draw viewers in, asking them to consider every detail before making any quick assumptions about what's really going on. 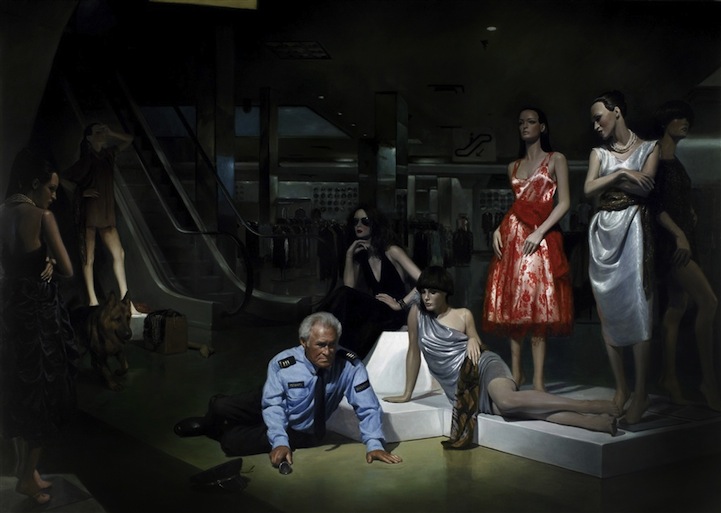 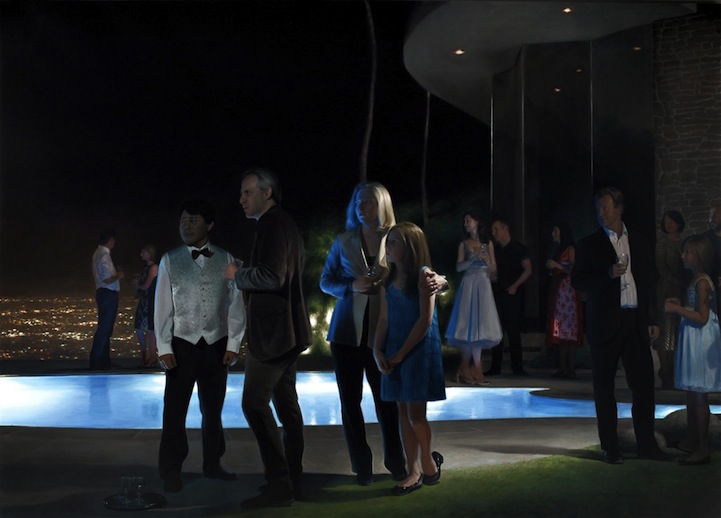 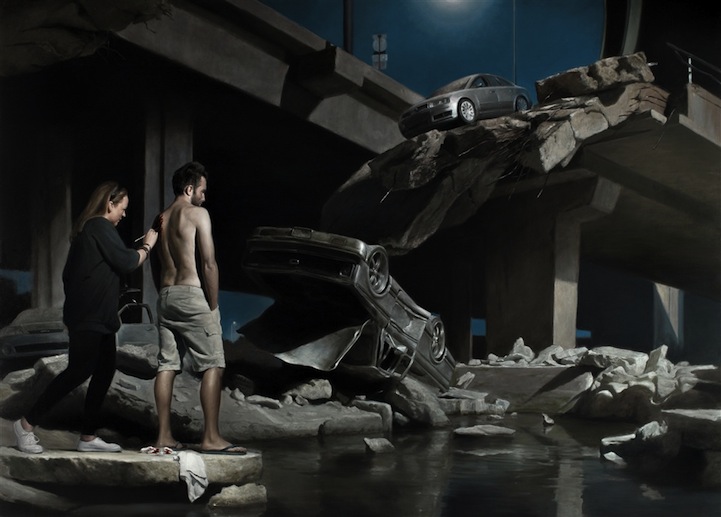 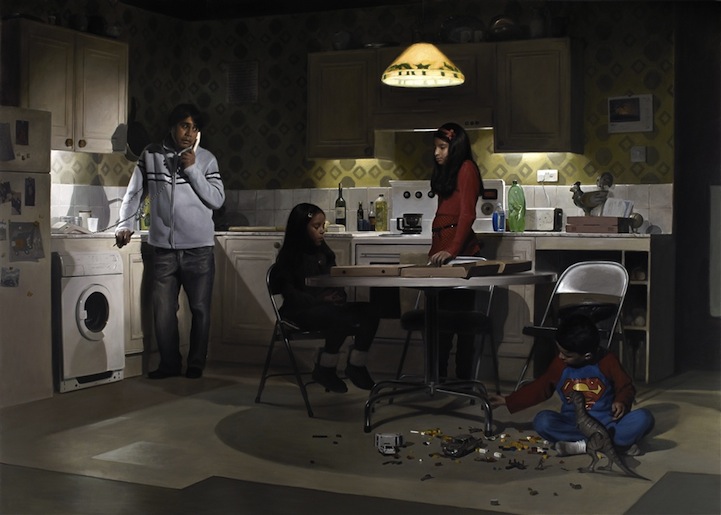 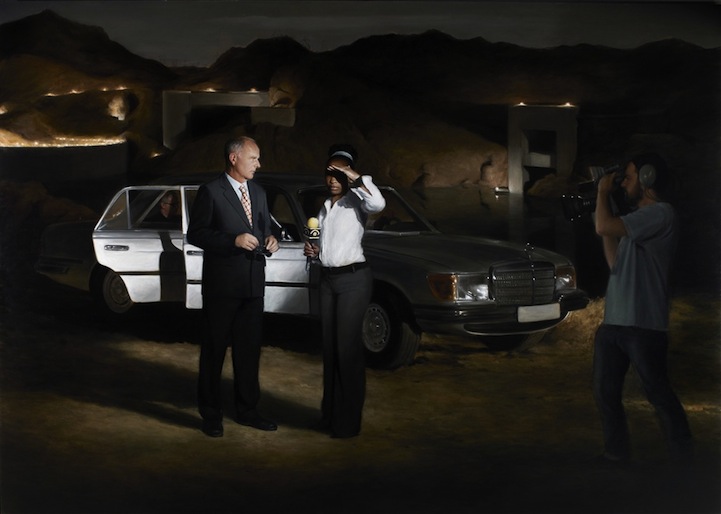 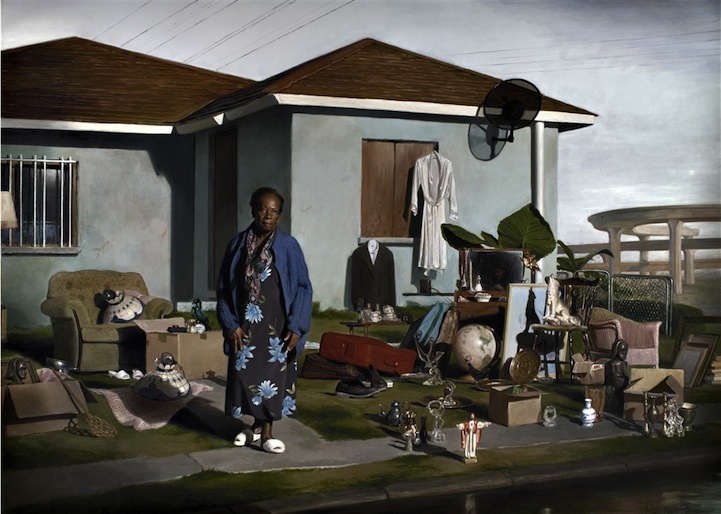