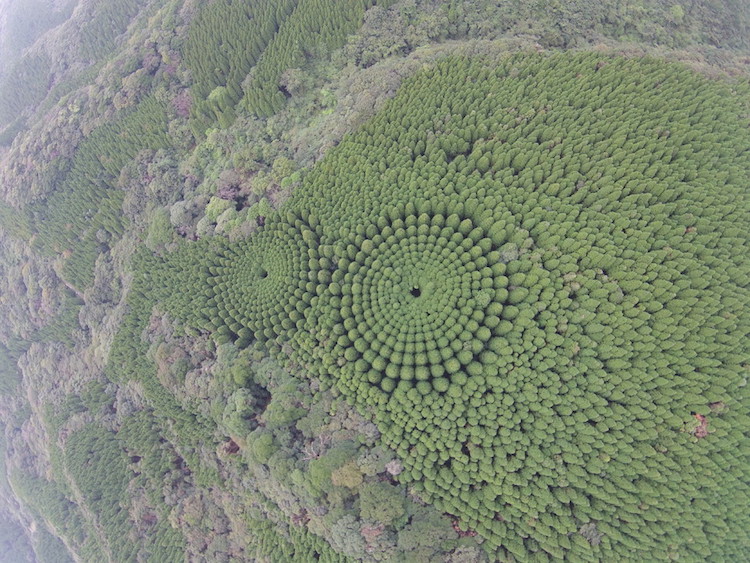 A forest in Japan is creating quite a stir with its unique shape. In the Miyazaki Prefecture of southern Japan, groups of Japanese cedar trees swell toward the sky, creating mysterious concentric circles. After a recent aerial photo spotted these “crop circles,” it left people wondering just how they were formed.

The picturesque natural formations aren't the results of an alien invasion, but rather a well thought out plan that took place nearly 50 years ago. According to Spoon & Tamago, a document by the Japanese Ministry of Agriculture, Forestry, and Fisheries explains that what's now visible is due to a 1973 project regarding growth and tree spacing. At the time, the area was designated as “experimental forestry” and one experiment saw researchers planting trees in 10 degree radial increments to form 10 concentric circles.

What's now visible—even on Google Earth—are the results after 45 years. What's quite interesting is that the trees also grew in a convex shape, fanning out into the forest and showing that spacing does have unexpected results on growth. The original plan called for the trees to be harvested in 5 years, but given the new interest, officials are considering saving the circular forest.

Aerial photos spotted these “crop circles” in Japan which turned out to be a forestry experiment, started nearly 50 years ago. 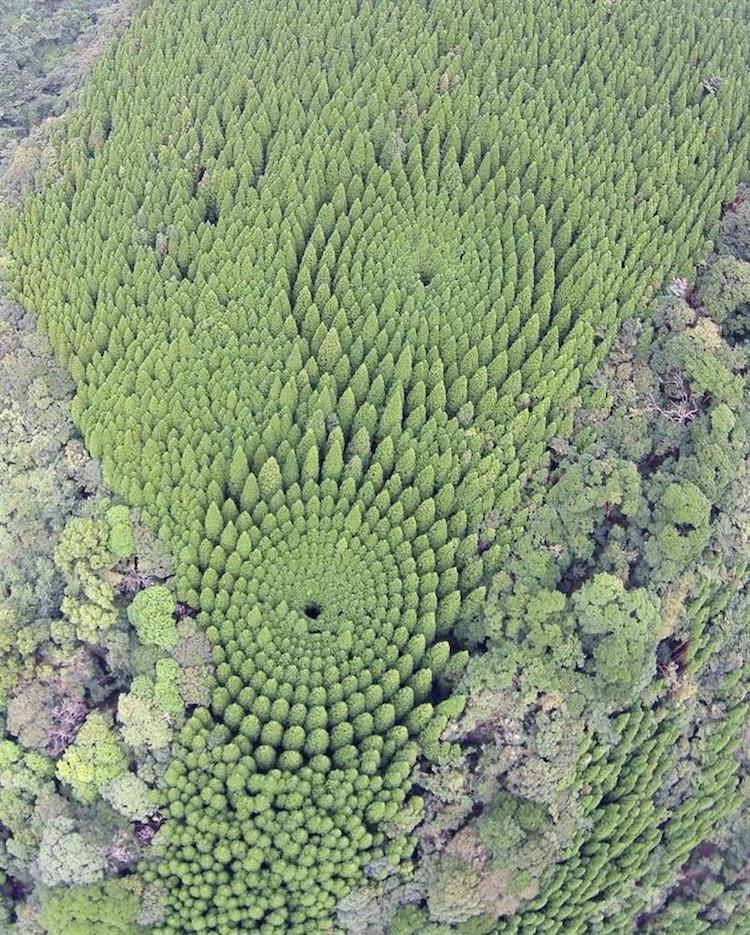