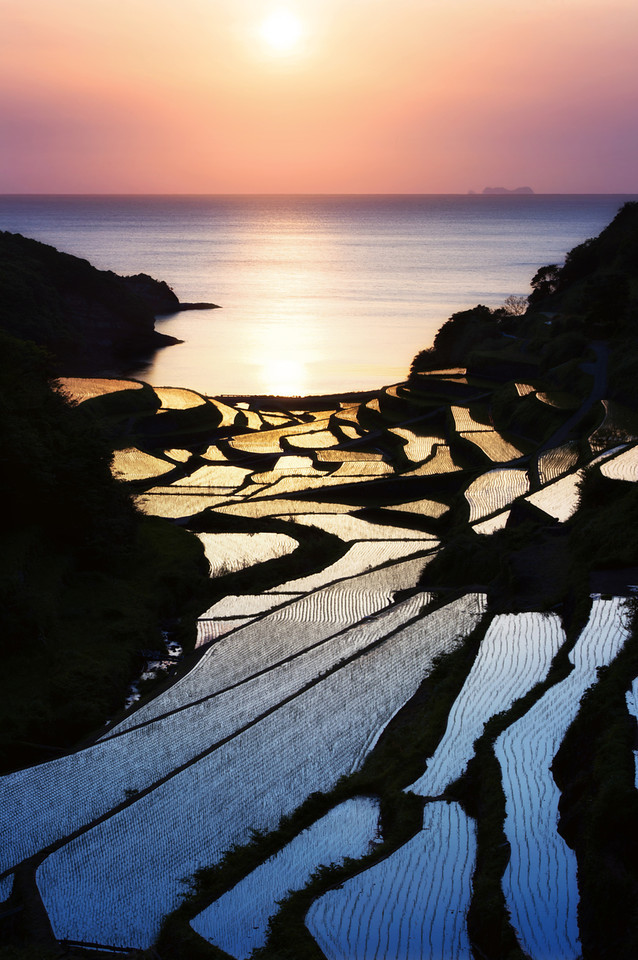 What an illusion! When I first came across these photos of Japanese rice terraces by photographer Jason Arney , I couldn't help but think they looked like broken mirrors or shards of glass. Rice terraces are rice fields shaped like shelves. They're made on hills and draw water from nearby rivers. In certain parts of Japan, these paddies of various sizes are filled with water and they strikingly reflect the evening sunlight, acting like giant mirrors.

The first one in this set won him first place in Gizmodo's recent shooting challenge of rainbow lights. Here's the story behind it.

“This is the most famous shelved rice terrace in Japan. It is in the southern Kyushu region, Saga prefecture, Genkai town. Late seasonal rains allow the this area to begin planting later than other regions thus giving the sun time to align with the field. The region itself is exceptionally rural with few attractions so aside from photographers, it is rarely graced by tourists. I was about a week late in shooting this, the rice is poking through, so this spot will be in my hunt next year as well.”

Update: We got in touch with Jason and he was kind enough to give us more insight into these shots. “It is the top rice terrace in Japan and in the top 100 scenic spots so there were a lot of other photographers,” he tells us. “The first day there was about 60 and on the second day I'd venture there was around 110. Crazy times. Photographers are generally friendly people (albeit shy people) so despite the packed and competitive nature of it all, it was very relaxed. It was a similar battle at another top spot I went to this winter.

“Since I had to arrive early, to secure a decent spot, I got to see the sun travel from up high all the way into the sea and beyond. That fading of time lingers. However, what the camera saw was most striking. There's a filter you can put on the front of a lens called a polarizing filter – this will bend light allowing it to pierce or enhance reflections. All the shots were with it so I got to enjoy a pretty magical view through the viewfinder that the eye will never really see.” 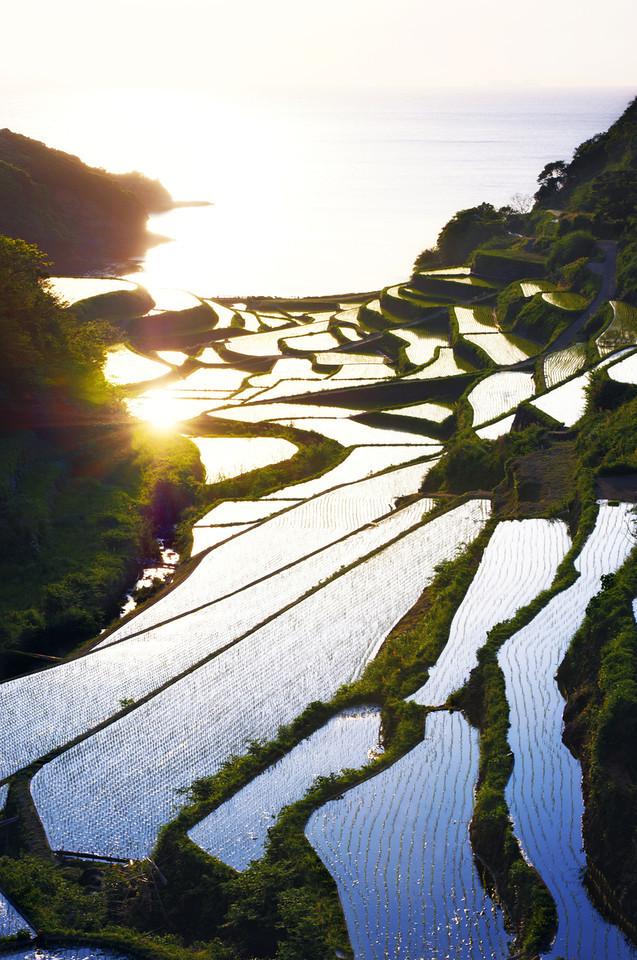 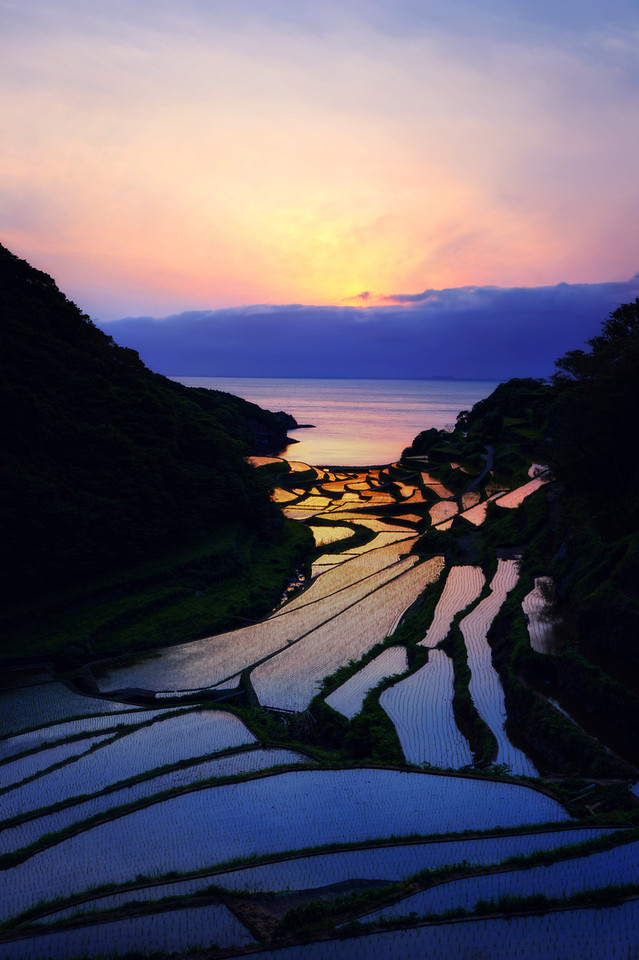 If you can't get enough of Japan, make sure to check out Arney's website.