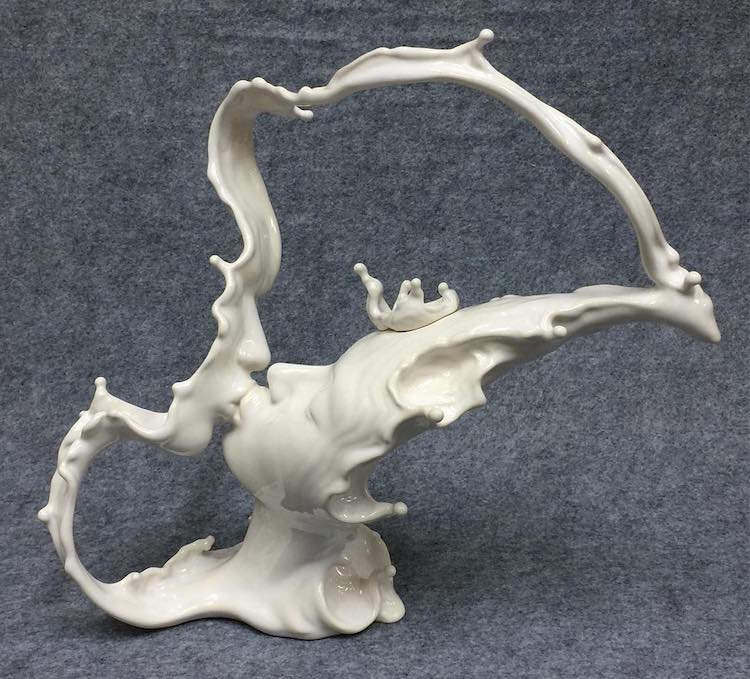 It’s safe to say that we’re big fans of artist Johnson Tsang’s work. Earlier this year, we featured a collection of his mind-bending porcelain sculptures, and he even took over our Instagram for a weekend. Tsang is a prolific creator, and it seems like he's always working on a new, exciting project and sharing its progress with his enthusiast fans. One of his recent surreal ceramics is called The Kiss, and it’s a stunning sculpture that’s unlike the other pieces he’s produced lately.

Many of Tsang’s creations feature the human face that’s distorted in some way. And, that’s the case with The Kiss. The airy-looking sculpture appears to defy gravity as two people lock lips, their facial features formed from splashing liquid. Flowing drips and drops frame the couple in a graceful, curved shape. Formed by a combination of hand modeling and wheel throwing, this sculpture has an openness to it—both physically and emotionally—that his other works don’t have.

The optimistic nature of the The Kiss makes it seem ripe with possibilities and communicates the carefree bliss that comes from falling in love. In contrast, his other porcelain portraits appear less at ease. The stout, rounded faces are contorted, squashed, and stretched by hands that are often not their own. As a result, these characters look pained and troubled, like they’re haunted by inner demons that won’t set them free.

Artist Johnson Tsang is known for his surreal ceramics. His latest piece called The Kiss depicts a couple that's enjoying the carefree bliss of falling in love. 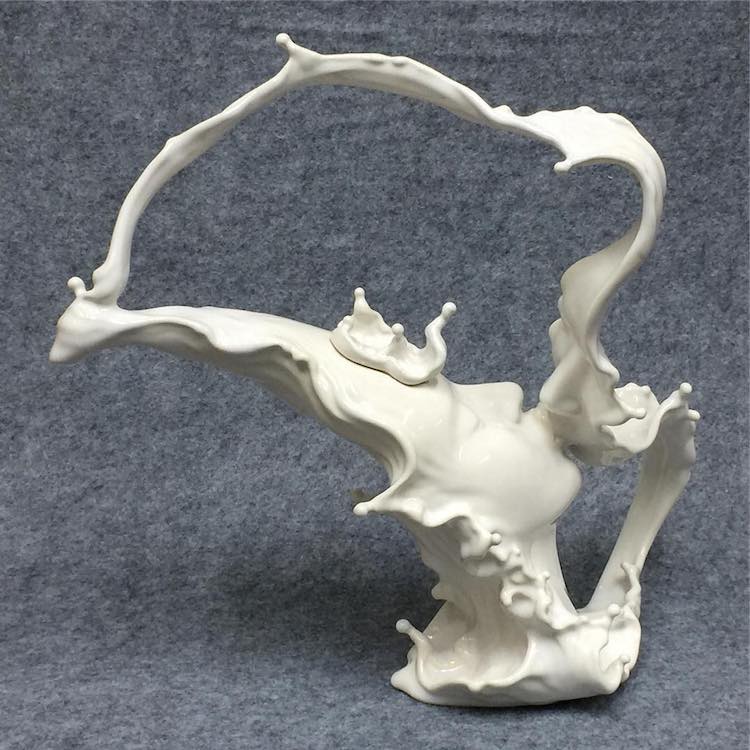 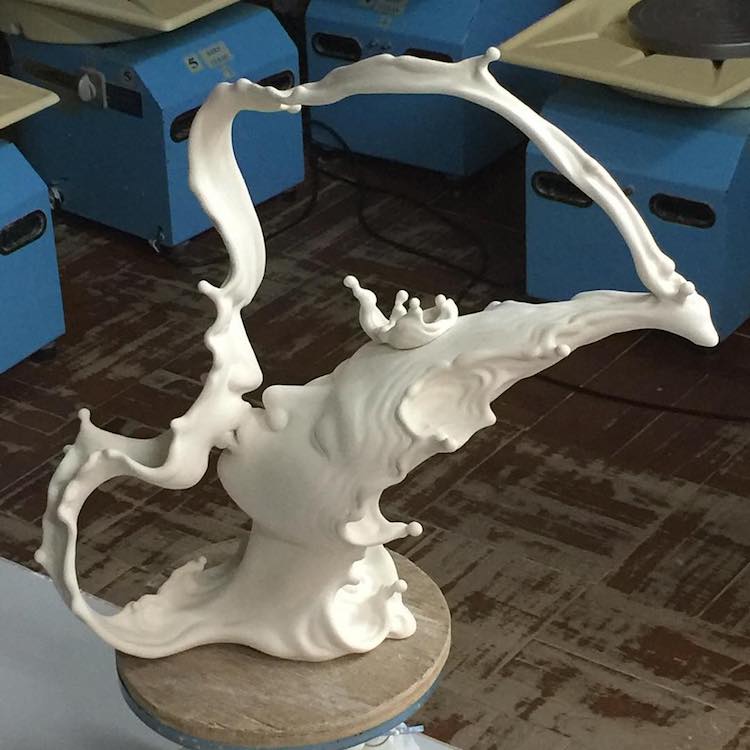 That sculpture is a optimistic departure from the rest of Tsang's current work, which featured portraits of pained subjects. 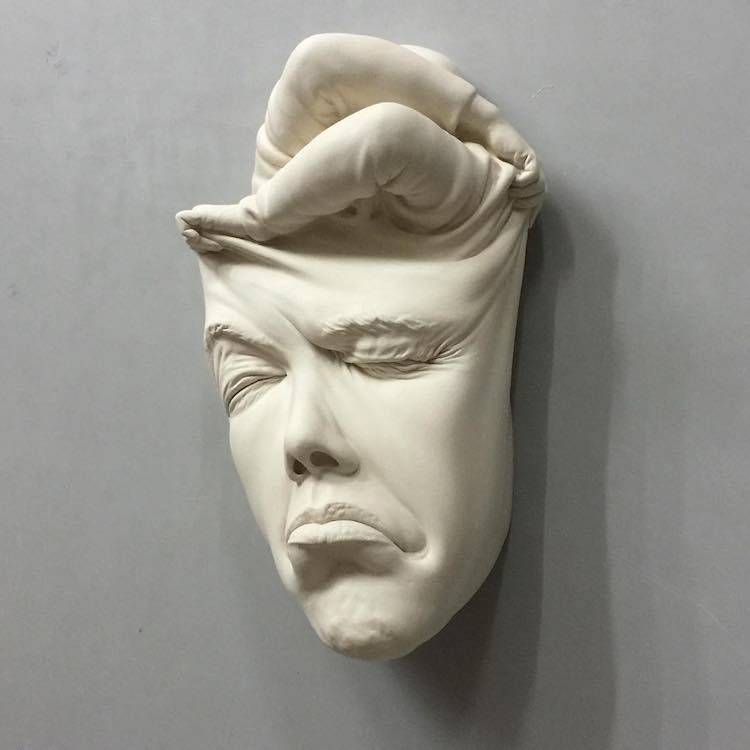 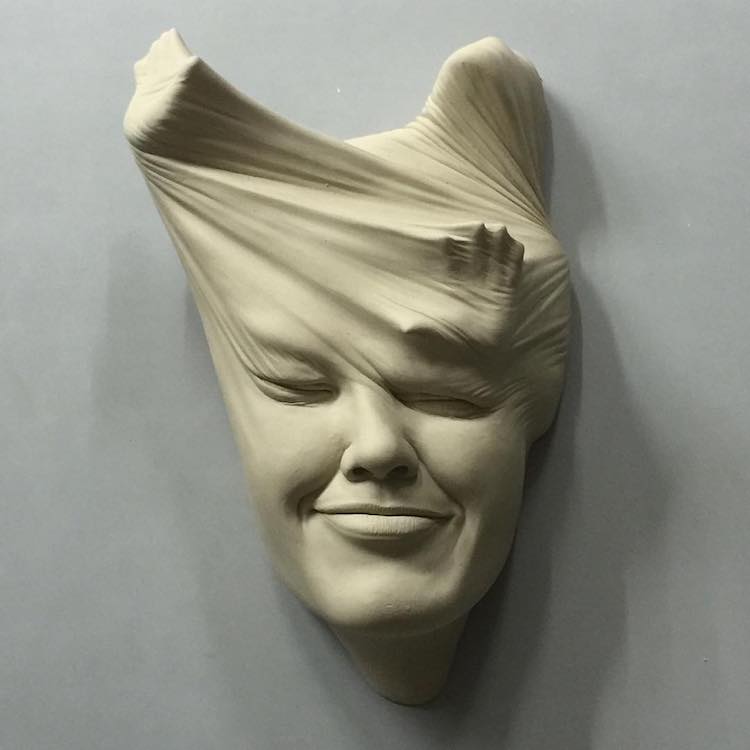 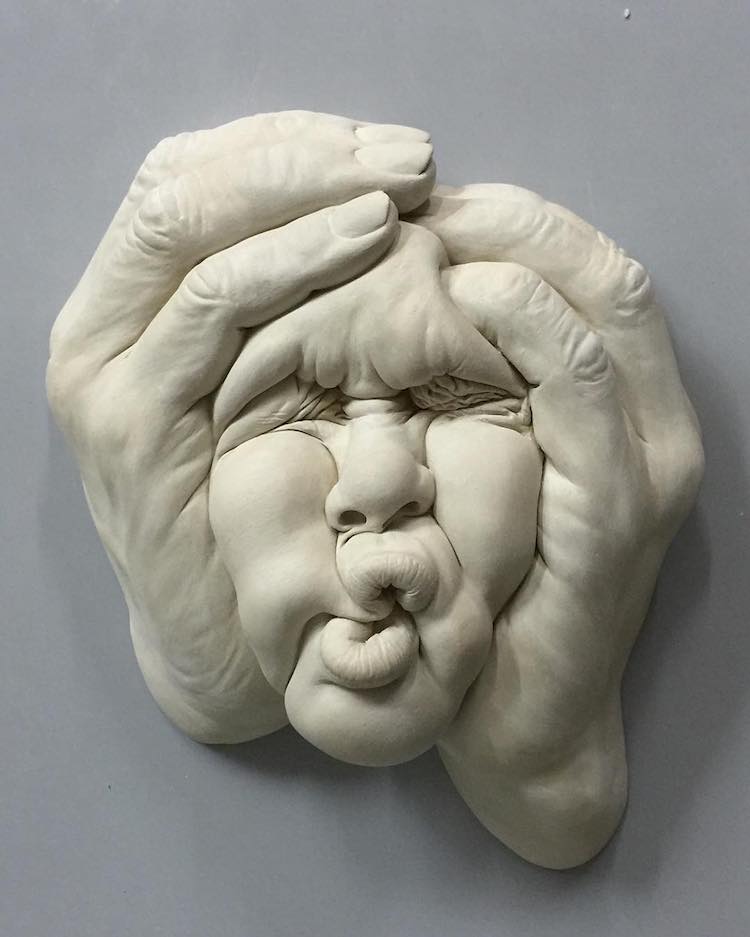 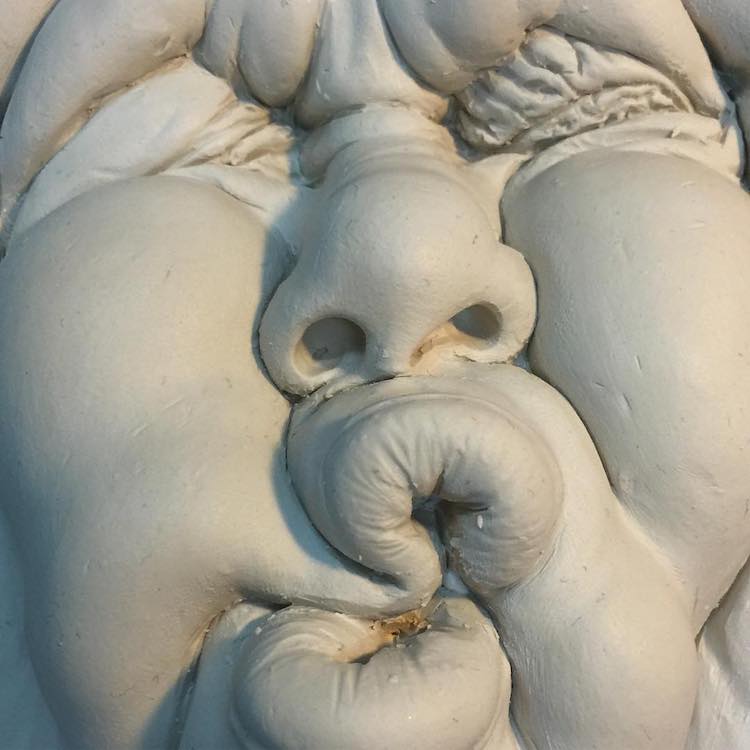 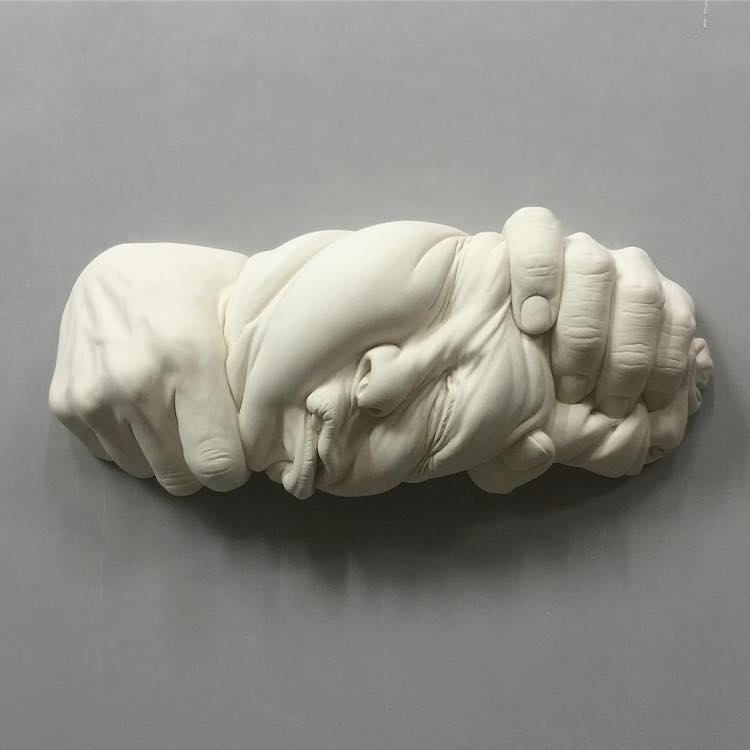 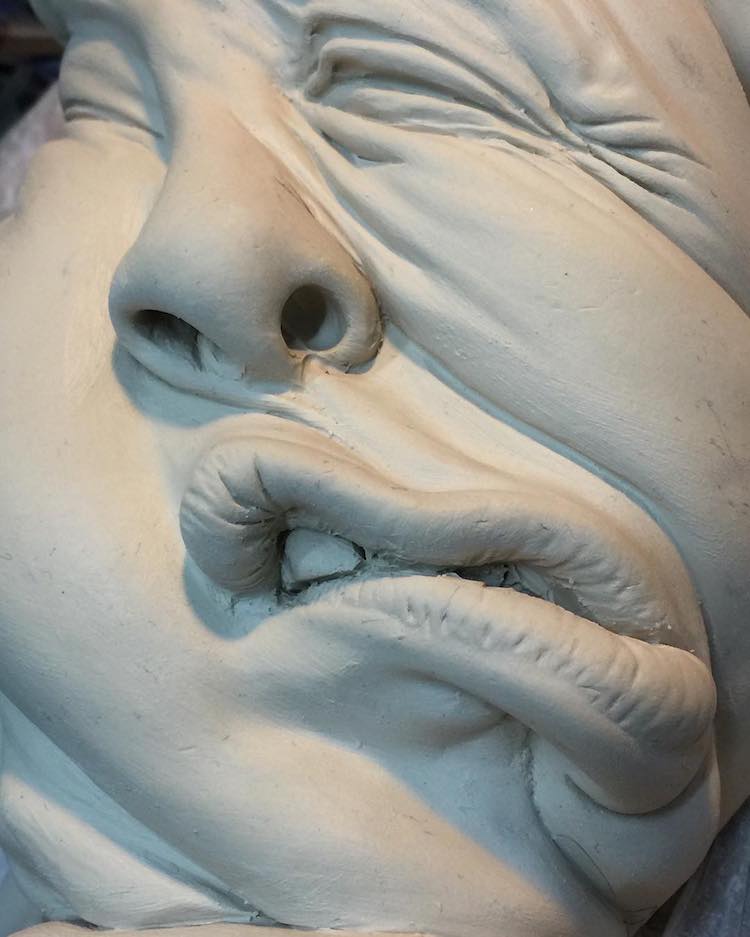 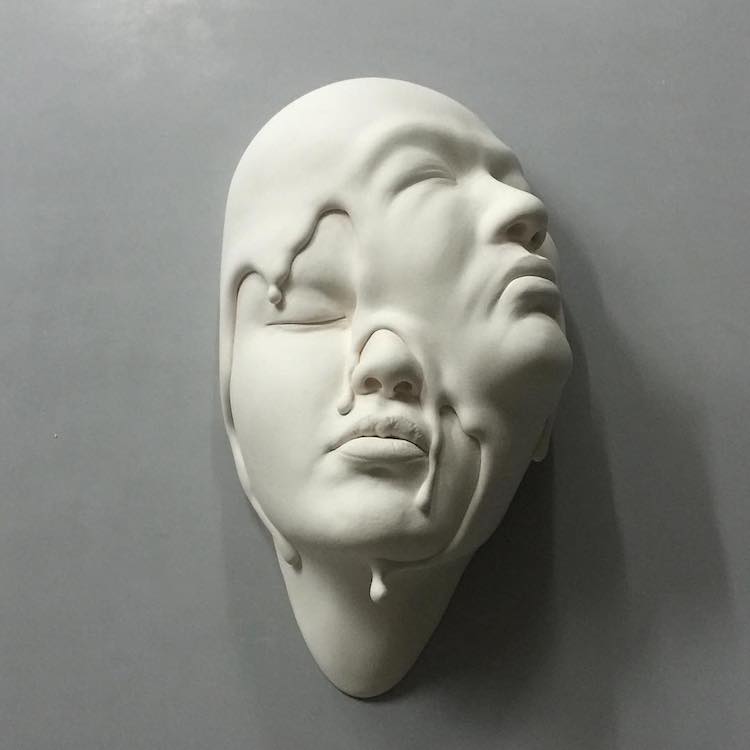 All images via Johnson Tsang.