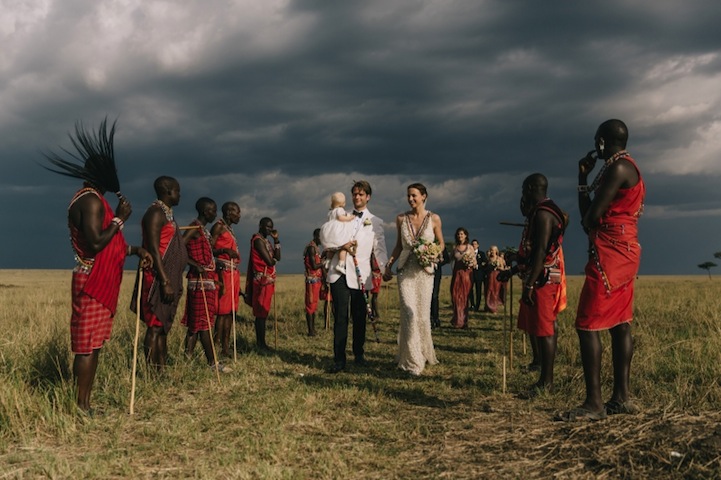 Wedding photographer Jonas Peterson captured breathtaking scenery complete with wandering wildlife when a couple wed in Kenya in the presence of their Maasai warrior friends. The bride and groom spent two years in the area putting together a book about a lion pride, and during the course of the project, they developed close, family-like relationships with the Maasai Mara locals. When the big day came, the couple's friends hosted the ceremony at a camp on the plains.

Peterson's shutter was flying as the couple exchanged vows beneath a gnarled tree on the windswept Kenyan grasslands. He also caught beautiful, unplanned wildlife shots and stunning details that display a touching blend of cultural traditions.  In the photos, the bride wears a simple lace dress overlaid with an enkarewa – an intricately beaded necklace that is traditional at Maasai weddings. A centerpiece arch was modeled after the entrance to Maasai bomas, or homes. In perhaps the climax of the shoot, formidable storm clouds gather on the horizon as Maasai warriors dressed in regal red attire form an honor guard to receive Nina and Sebastian.

In this shoot, Peterson's affinity for symmetry shows up in pairs of animals flanking his subjects.  In one shot, elephants amble on either side of the bride's dress hanging in the open flap of a tent. In another photo, the bride and groom hold hands as two zebras walk by in the distance.

Perhaps the photos that best capture the essence of the savannah wedding are two frames of a warrior laughing with the bride and jumping for joy by her side. “In the end, our two cultures and nature merged in the perfect moment and the best day of our lives,” Nina says. 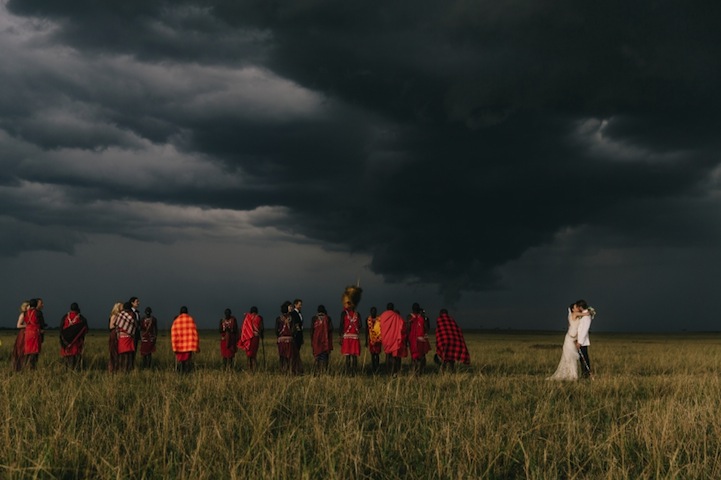 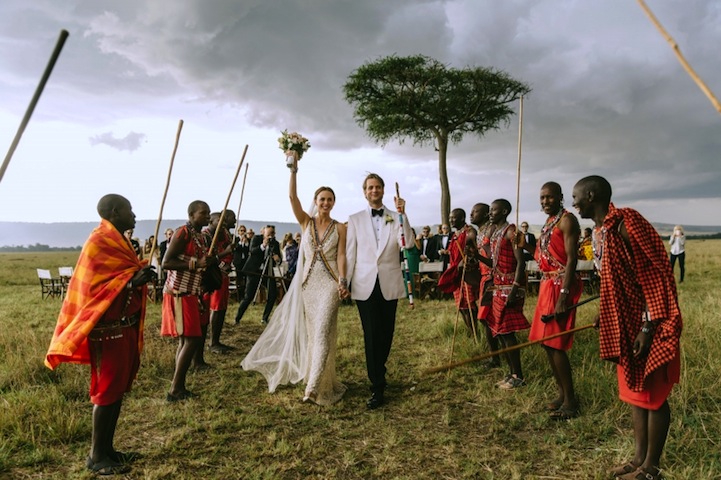 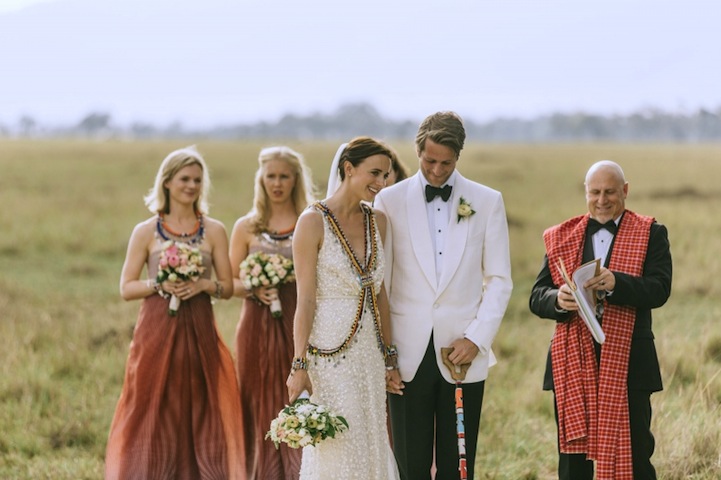 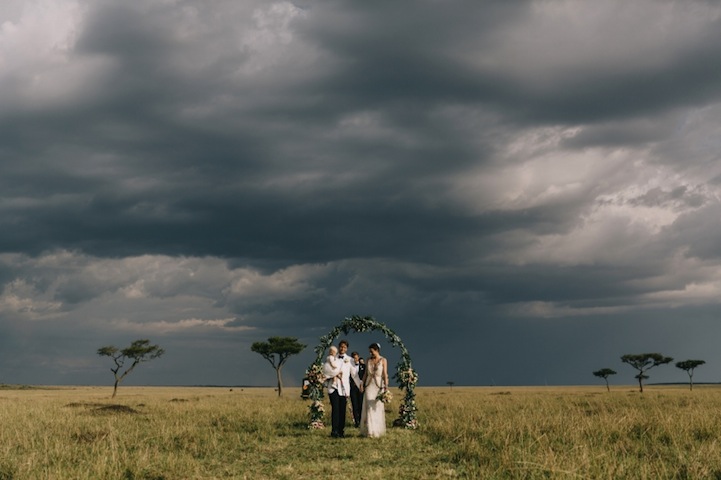 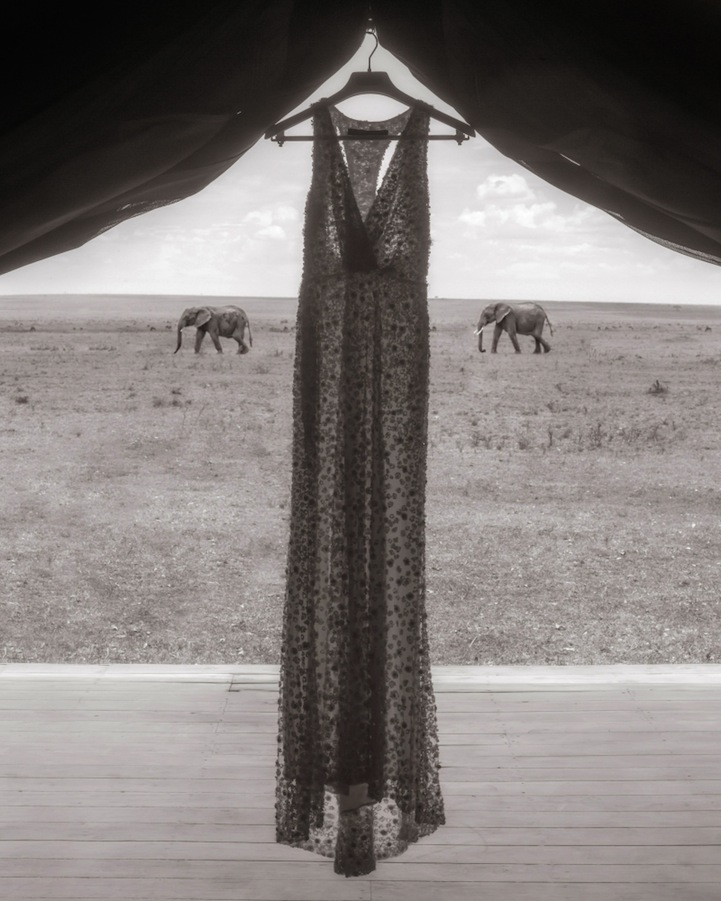 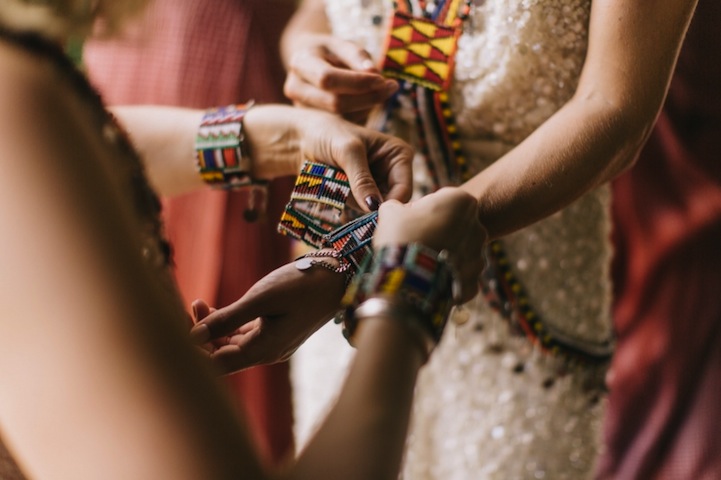 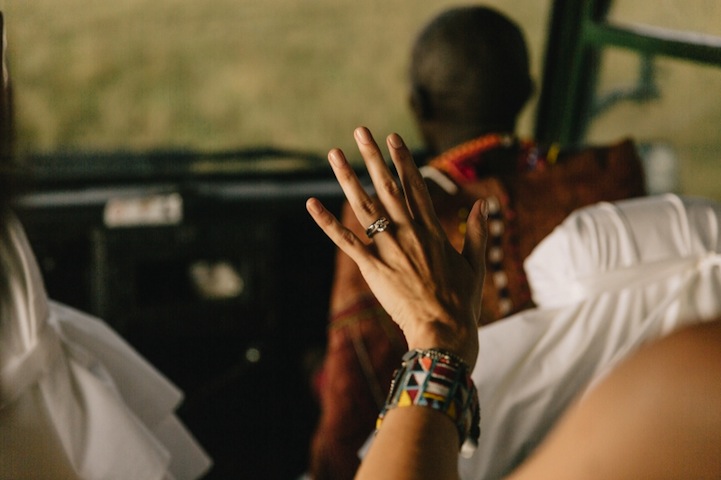 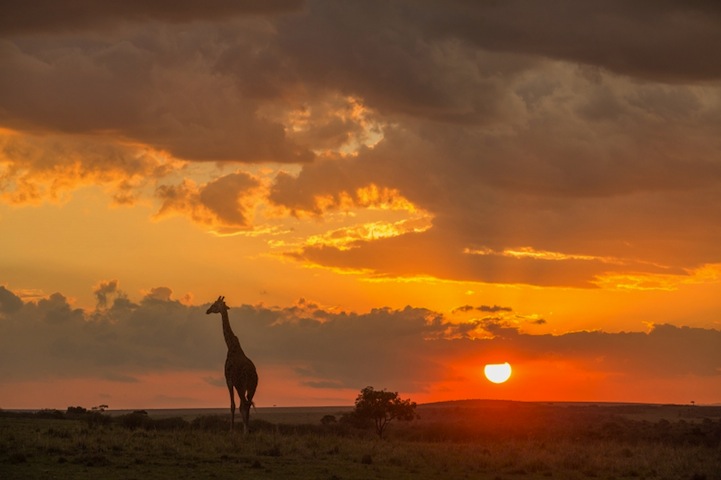 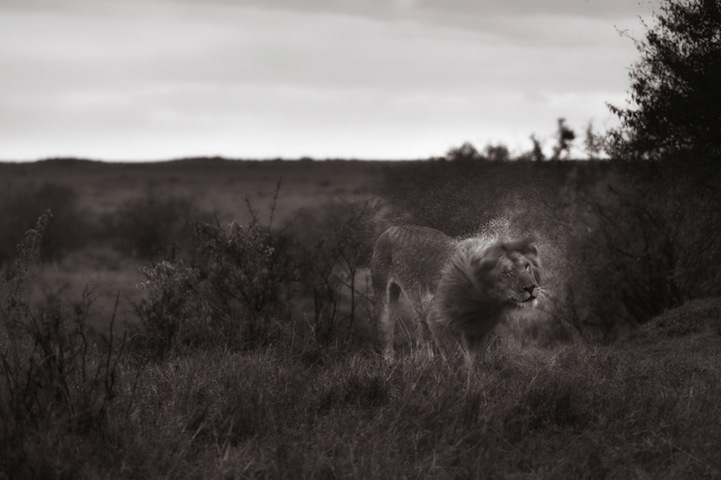 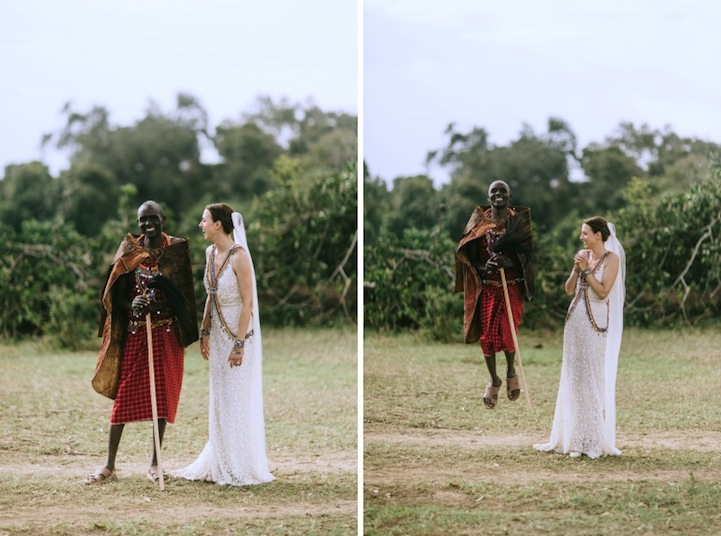 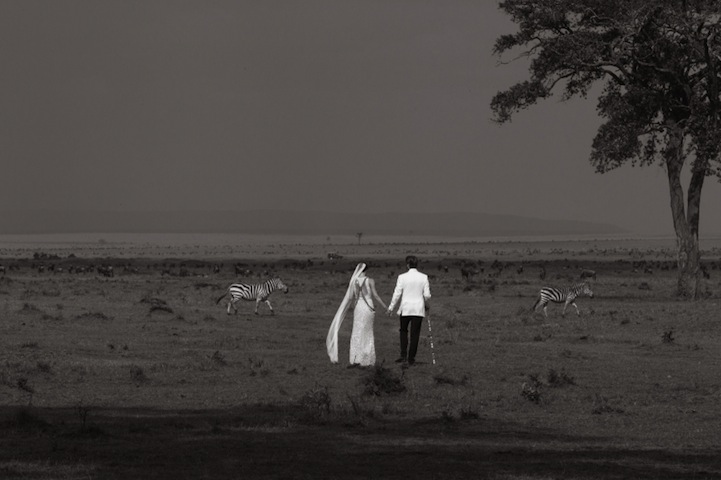