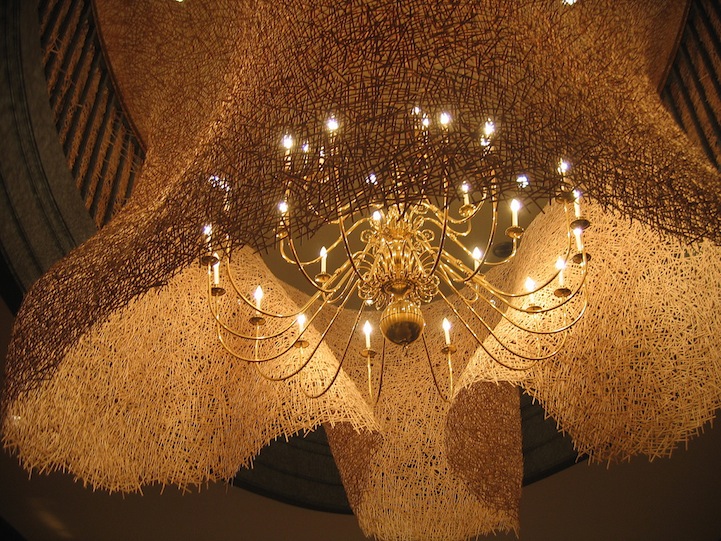 Most people don't think twice about their coffee stirrers once they've fulfilled their mixing duties, but artist Jonathan Brilliant has found another purpose for the common wooden sticks. The Raleigh, North Carolina-based artist has constructed numerous spatial art installations over the years that incorporate the coffee stir sticks, perhaps the most eye-fetching of them being The Sumter Piece.

The site-specific structure, installed in 2007 in Sumter, South Carolina, included 60,000 wooden stirring sticks expertly woven together. Brilliant produced a meticulously crafted sculptural piece that expanded across two floors. It reached over a second floor balcony and suspended from the ceiling of the first floor, artistically wrapping around an illuminated chandelier.

The abstract creation took 14 days to weave together and install on site. It's hard to believe, but there were no additional tools on hand. Brilliant says, “No adhesive was used and the entire structure holds itself in place because of the tensile strength of 7″ rounded end wooden coffee stirrers. After nearly six months the piece eventually separated and the materials were donated to a local school.” 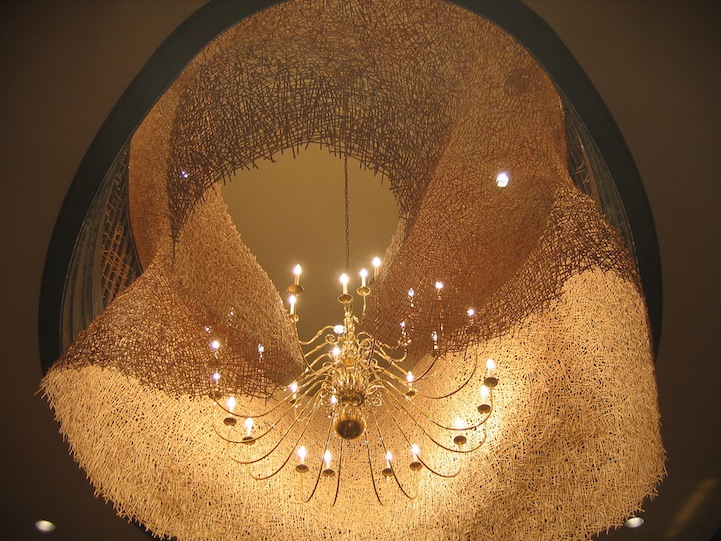 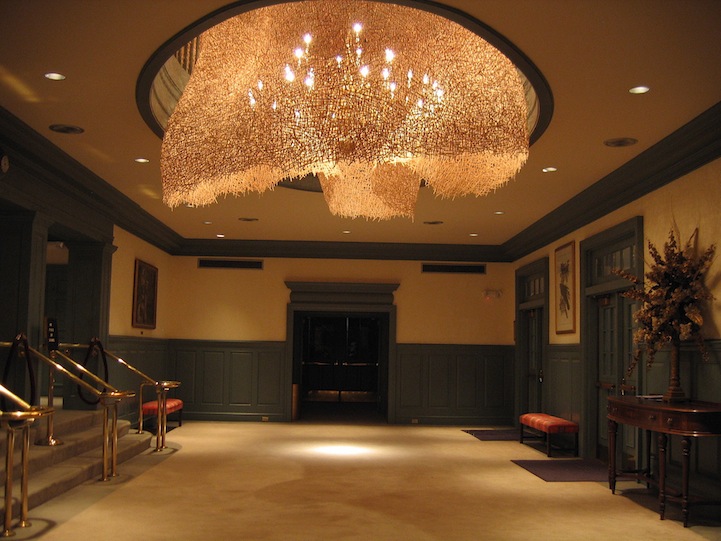 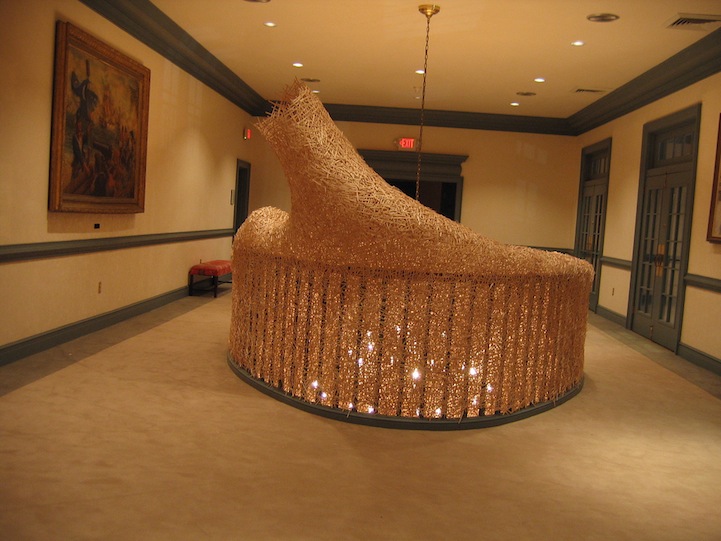 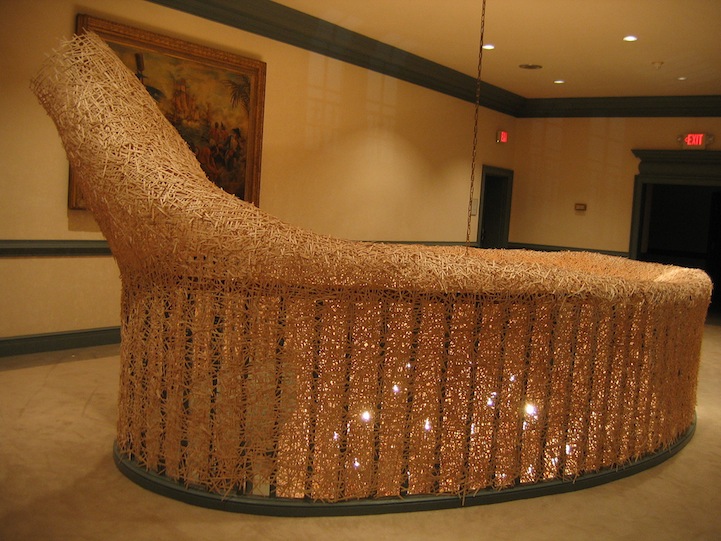 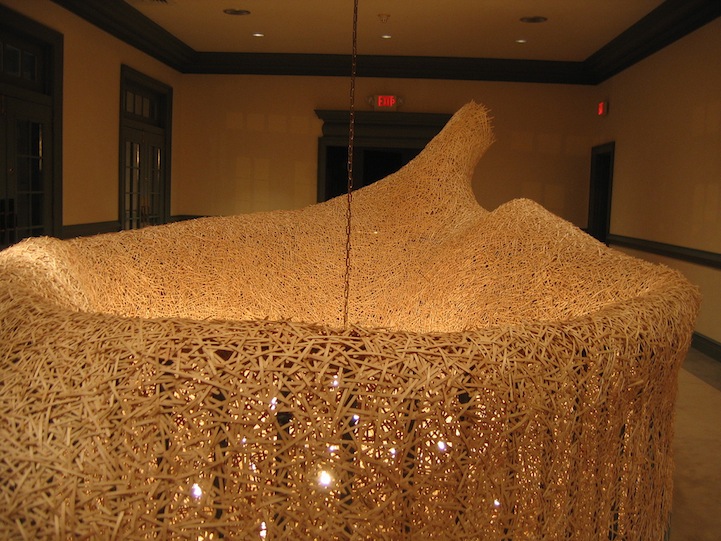 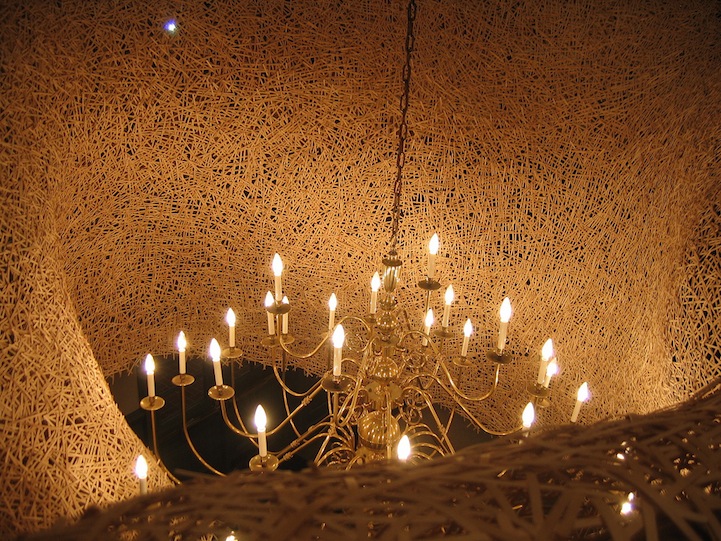 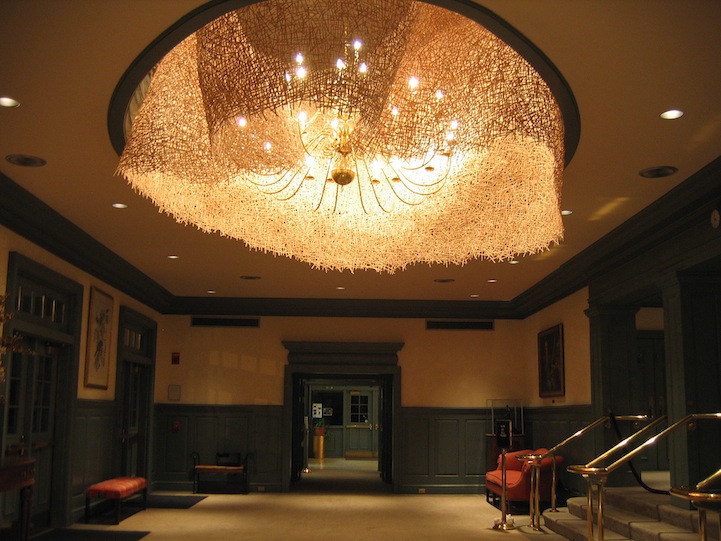