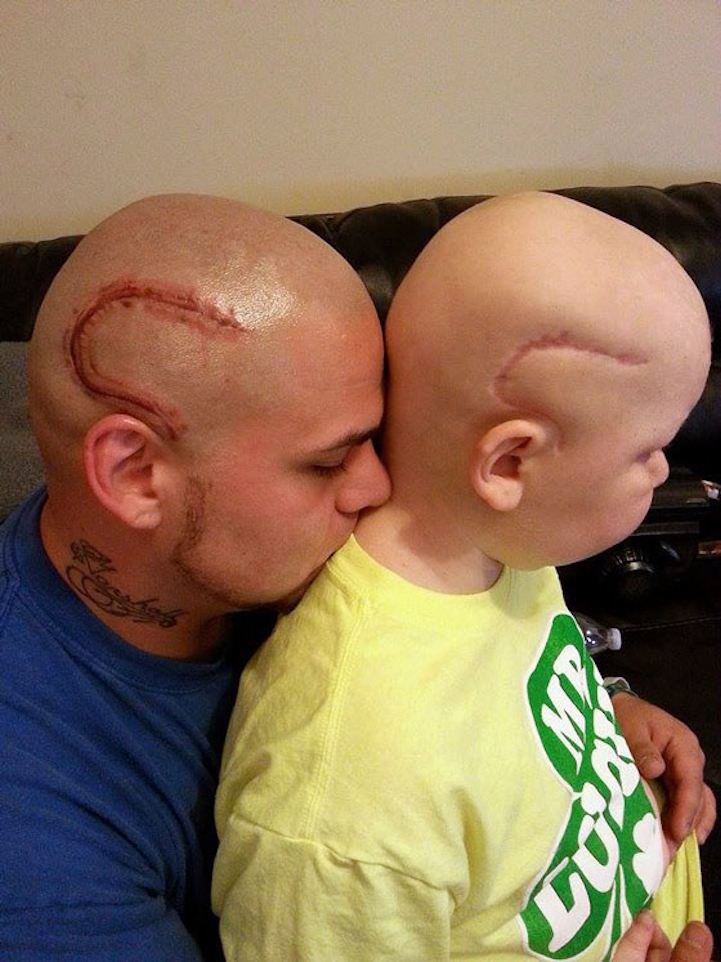 Father’s Day may be behind us for the year, but certain dads need extra celebrating on every ordinary day. Josh Marshall is one such special parent for his 8-year-old named Gabriel, helping to inspire his son’s self-confidence with a creative showing of solidarity.

In March 2015, Gabriel was diagnosed with a rare form of brain cancer called anaplastic astrocytoma and had to have surgery to remove the malignant tumor. This left him with a large and visible scar on his head. So, his adoring dad went to Point Black Tattoo in Hutchinson, Kansas, where tattoo artist Merl Kent (of Point Blank Tattoo Hutchinson KS ) gave him a scalp marking to match that of his mini-me. This way, Marshall said, “I told him if people wanted to stare, they could stare at both of us.”

For his above-and-beyond act of fatherly compassion, Marshall even won this year’s #BestBaldDad competition by St. Baldrick’s Foundation, a charity that honors family members who shave their heads in tribute to kids with cancer. His photo with Gabriel has been liked and shared across social media, hundreds and thousands of times. But the bigger victory is the improvement in Gabriel’s health: though some of his tumor remains, he’s now stable based on recent brain scans, and he’s been off of treatment for around nine months. 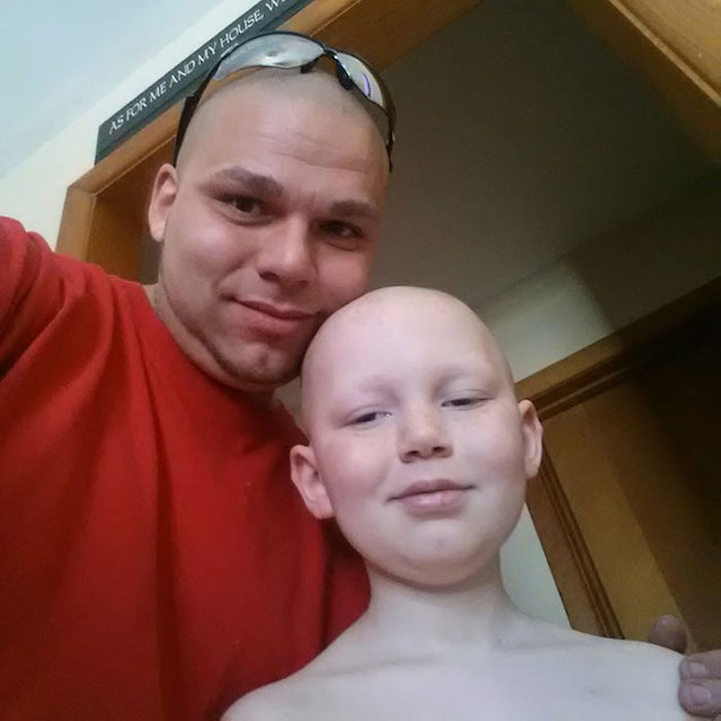 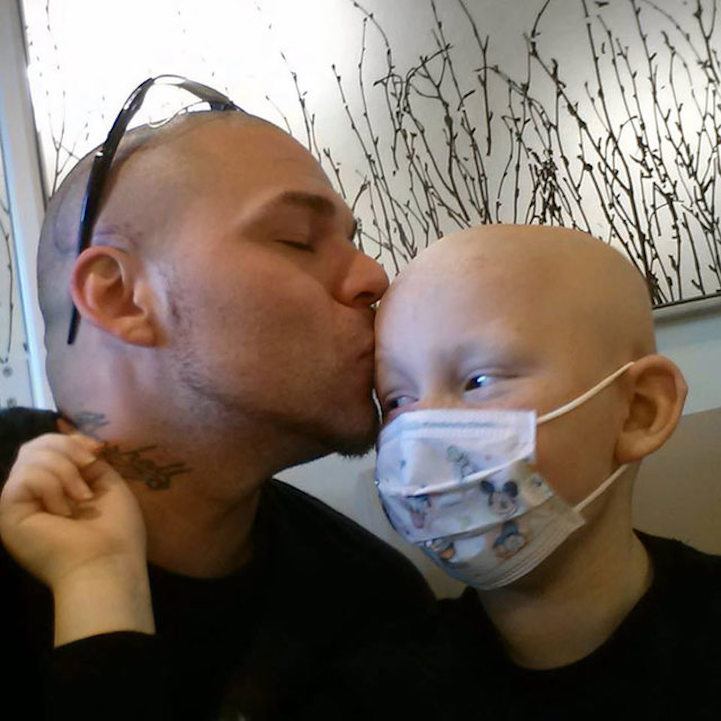 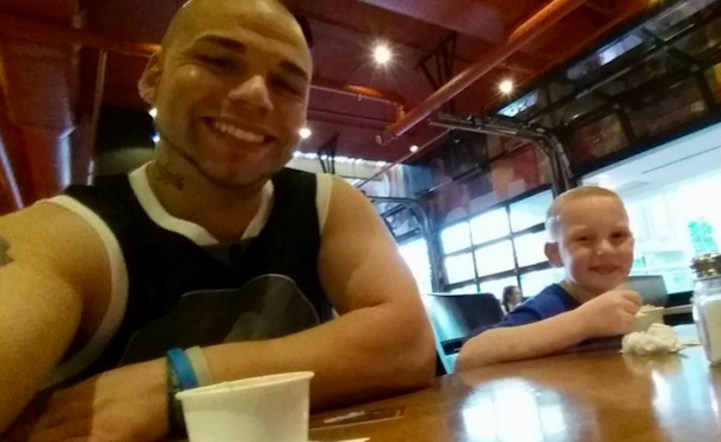 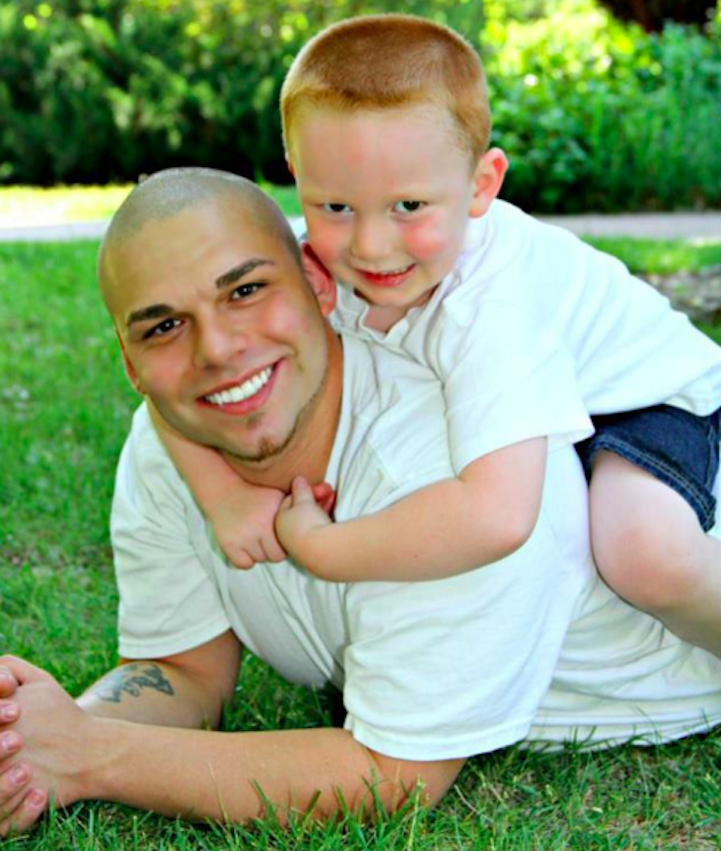 All images via Josh Marshall unless otherwise stated.