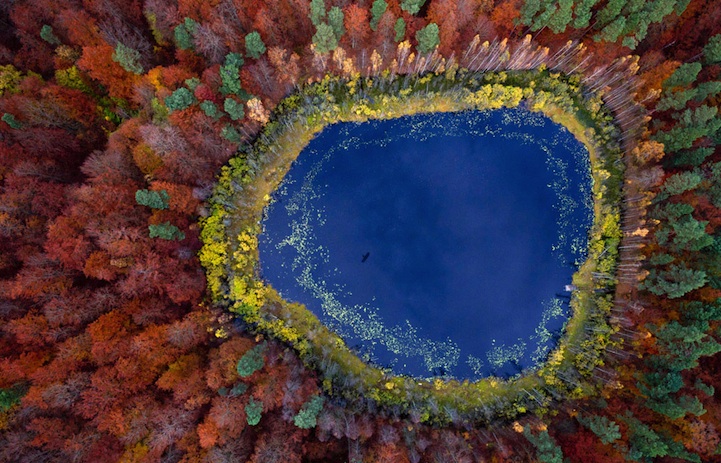 With a degree in architecture and a passion for aerial photography, Kacper Kowalski takes to the skies to capture previously unseen landscapes in extraordinary ways. His photos of Poland from high above have earned him numerous awards including Nikon's Nikkor 75th Anniversary Award (NPCI 2008-2009). (Photo immediately below called “At the Heart of the Kaszuby Forest.”) As Nikon stated, “This image is awe-inspiring thanks to its unique angle and its subject, a never-before-seen landscape.”

As a pilot and a photographer, Kowalski has managed a way to capture two lakes in northern Poland – one in Pomerania and the other in Kashubia – throughout the four seasons. Thanks to him, we get to witness nature's dramatic show as the trees surrounding the lakes take on a spectrum of brilliant colors. 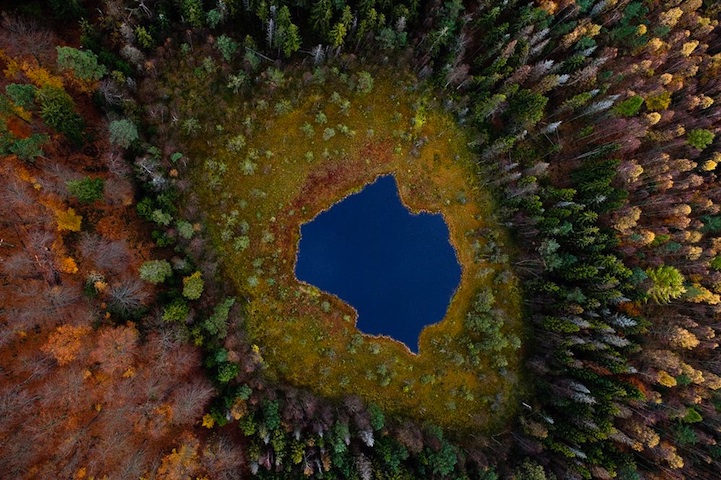 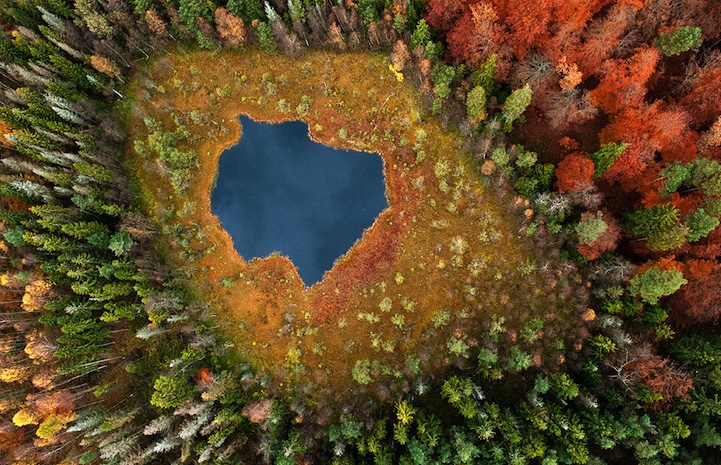 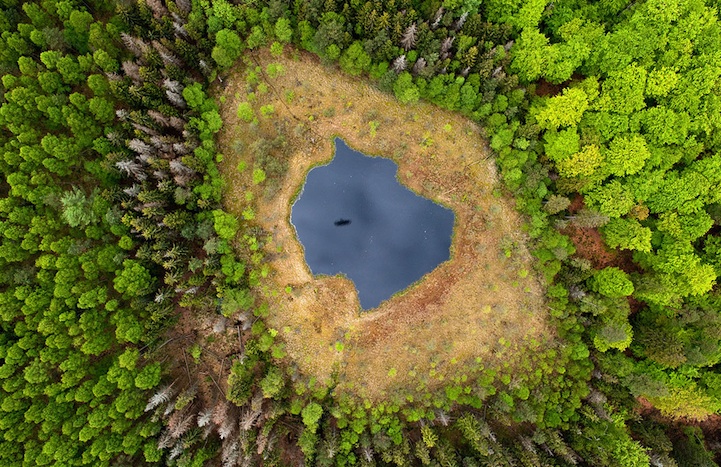 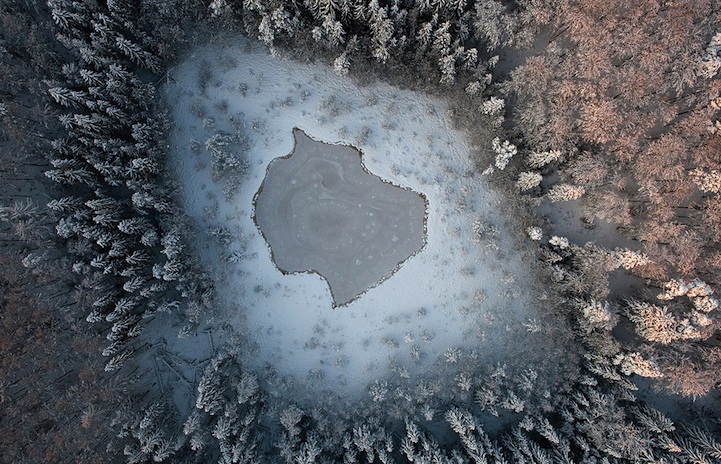 Did you notice the bird (boat or shadow) in some of the shots?