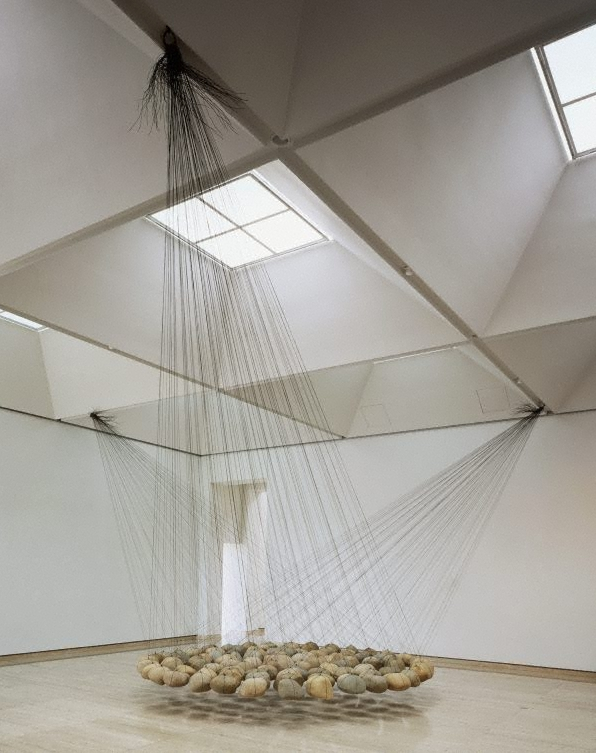 For many years, Australian-based artist Ken Unsworth has made viewers hold their breath with his timeless work entitled Suspended Stone Circle II. The installation was first completed in 1974 and produced again in 1988, and is awe-inspiring in both its fragility and volume. Unsworth used 103 river stones each weighing about 33 pounds and bound them together by three sets of wires that were tied to rings and secured to the ceiling. They form a suspended disc, with each element resting perfectly in its place.

The sculptor hung the stones so that their center of gravity falls on the central axis of the disc, and each stone is equal distance from one another. As they remain in midair, their cone-shaped stabilizing wires mimic a force field, and it's almost as if they are held up by this energy. Unsworth's installation is peaceful, balanced, and even a little nerve wracking – at any moment, the work could theoretically come tumbling down.

Unsworth first gained popularity as a sculptor in the 1970's when he combined performance art with minimalist forms. In addition to stones, the artist has created other monumental works, including a piece titled Rapture, where a grand piano is formed into a large set of stairs. 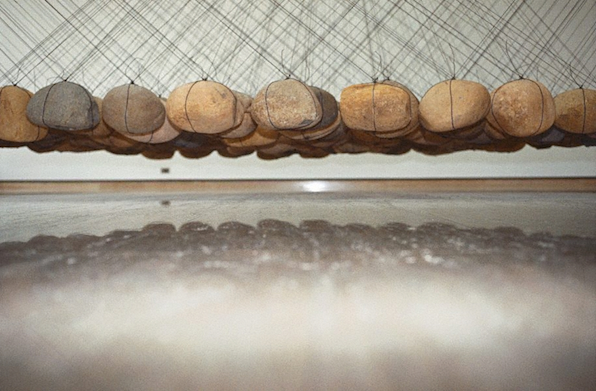 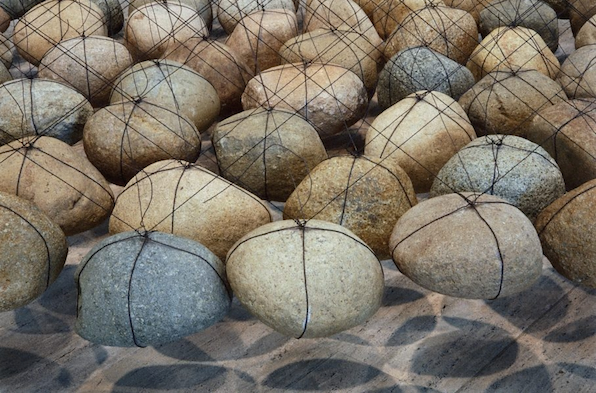 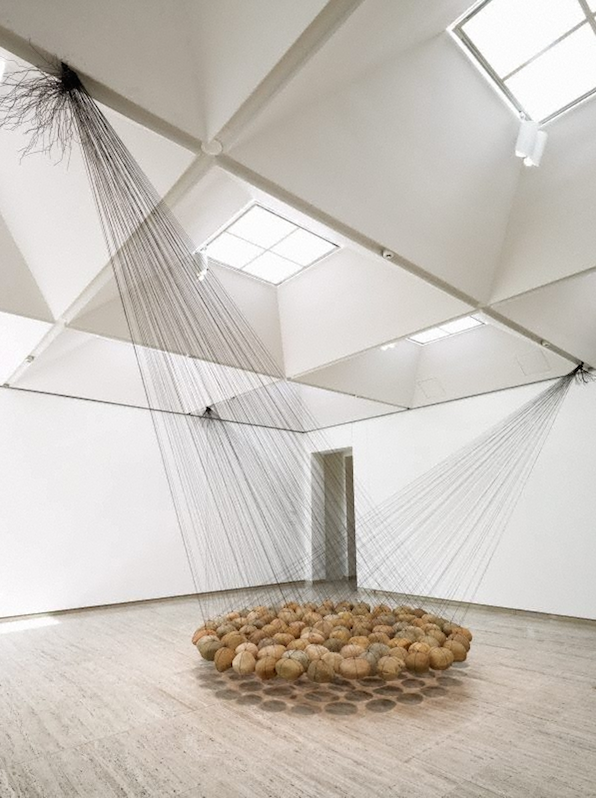