Hyperrealistic Animals Created by Painting on Layers of Resin 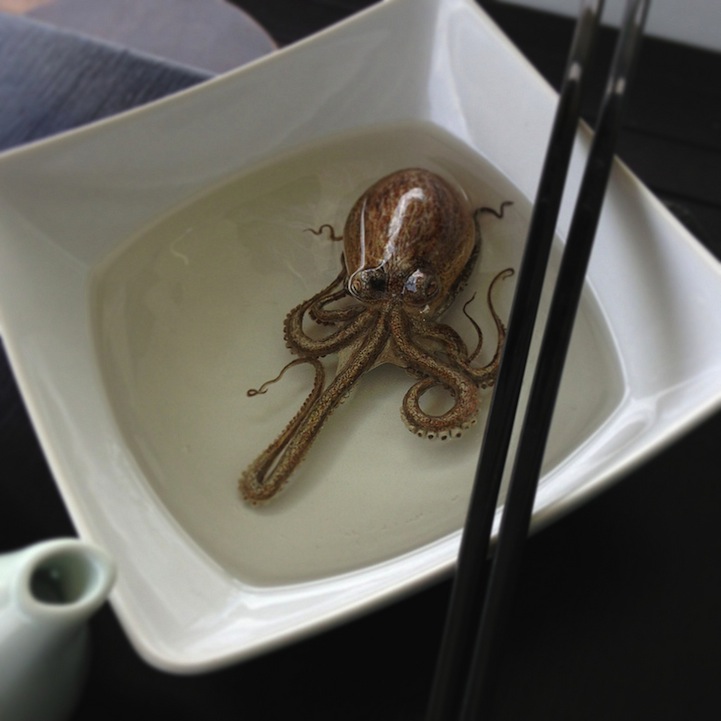 Singapore-based artist Keng Lye meticulously produces three-dimensional works of art with acrylics and epoxy resin that lie somewhere between painting and sculpture. Using a technique originated by Riusuke Fukahori (see this video), Lye manages to produce the illusion of different animals swimming in water. The time-consuming process involves pouring resin into a bowl and then painting on top of it with acrylics, layer by layer.

Lye's labor-intensive approach requires the utmost patience and attention to detail, as each piece could consist of numerous layers. Altogether, the carefully plotted and executed layers present a rich sense of depth and life. After completion, the artist then photographs each piece as though it were just a still of real, living and breathing aquatic life in a bowl of water. Several requests have been made to purchase work from this series, known as Alive Without Breath, though it is currently unavailable. The artist hopes to sell some work, though he says it will probably be through an art gallery and admits, “[T]he problem with this kind of art is that it require[s] a great deal of time to complete, therefore they won't come cheap.” 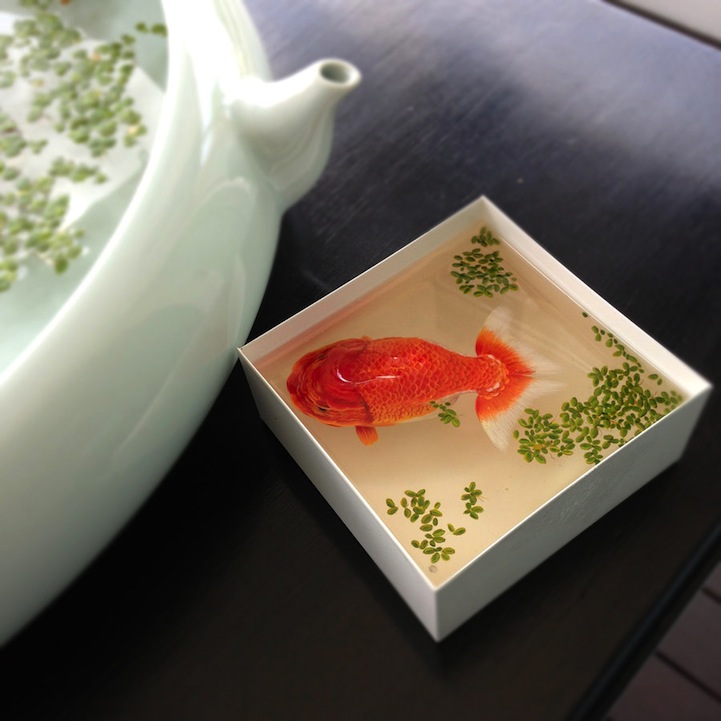 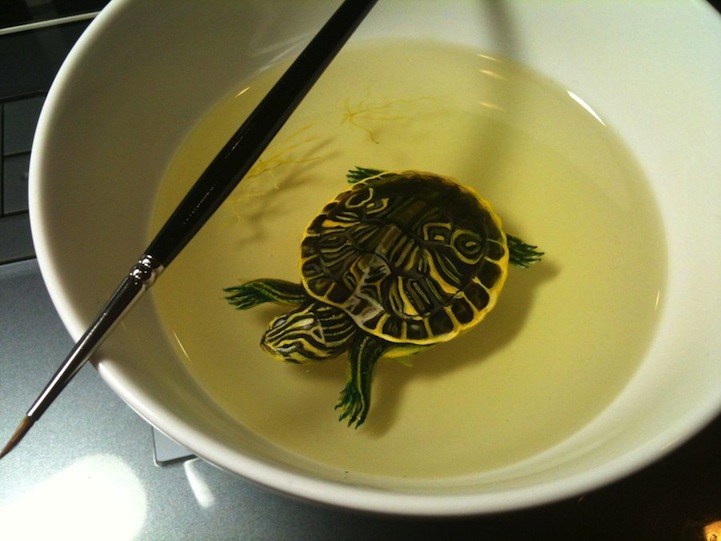 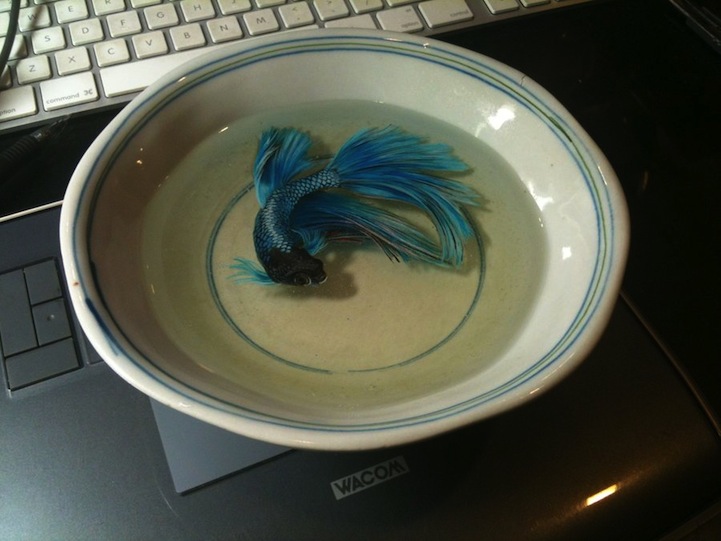 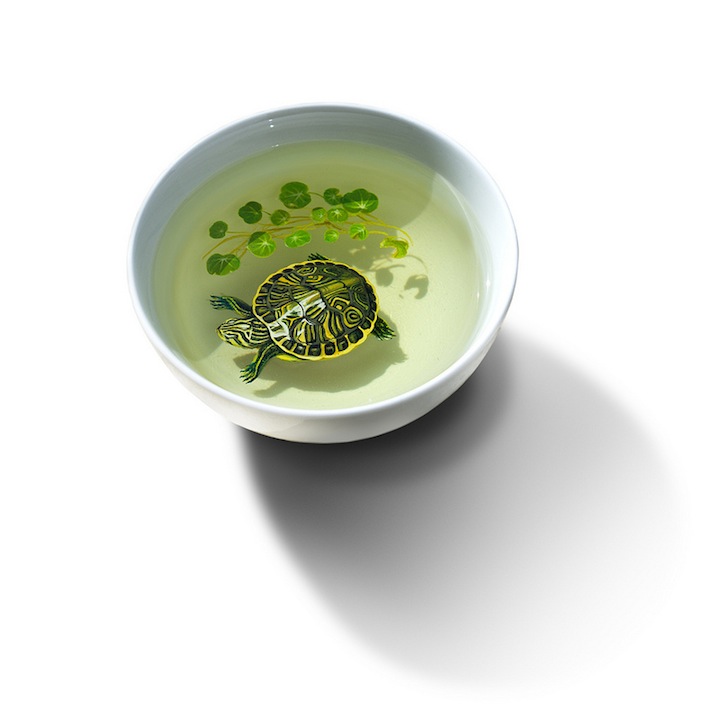 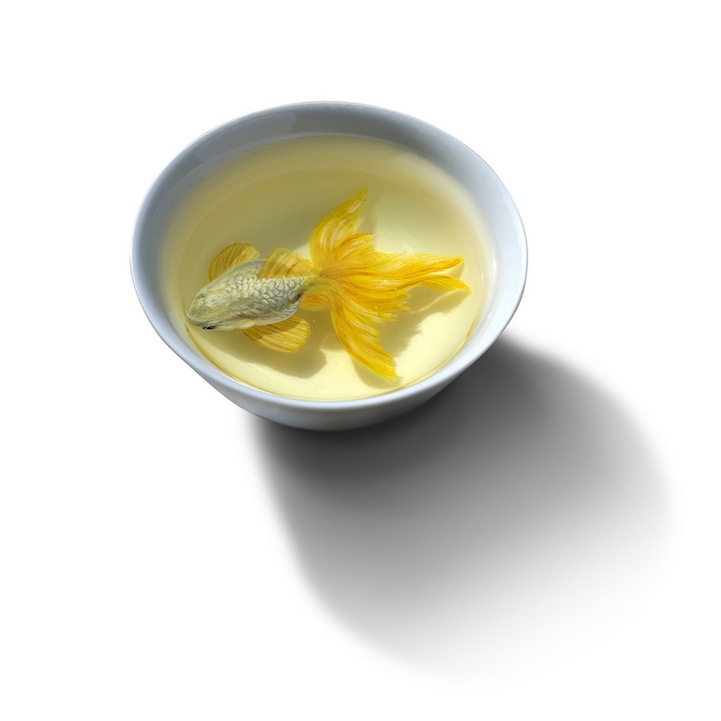 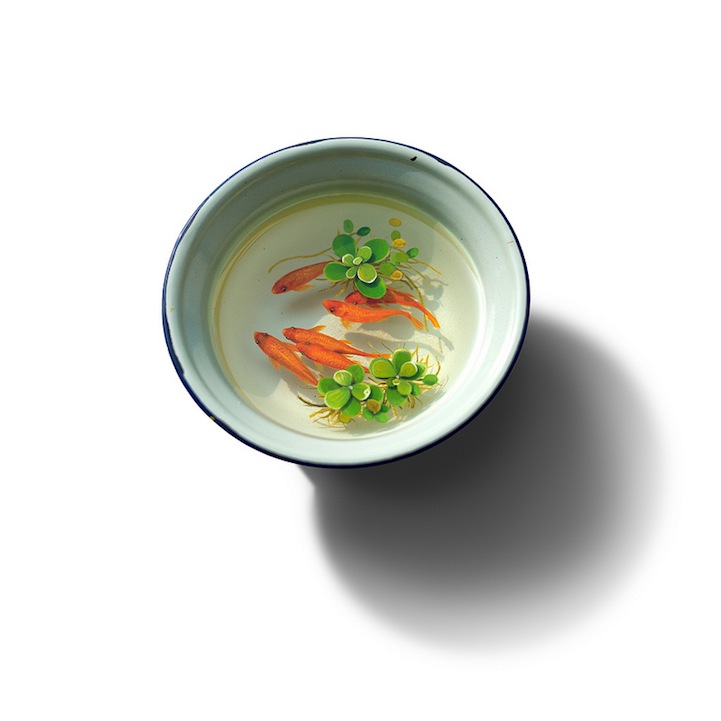 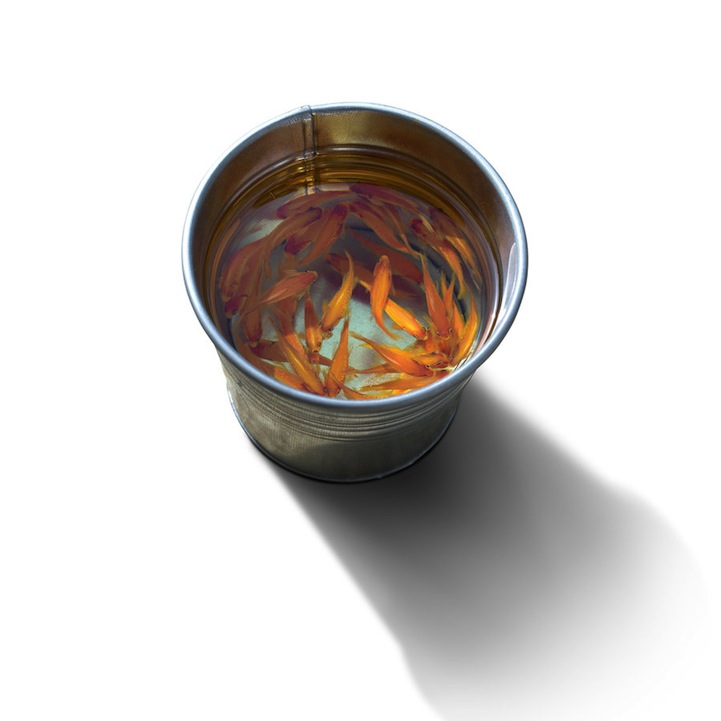 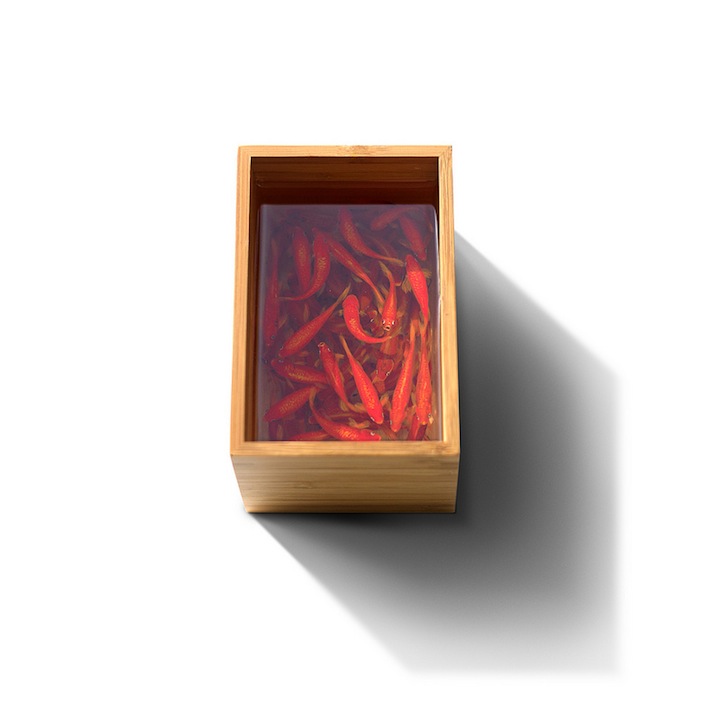 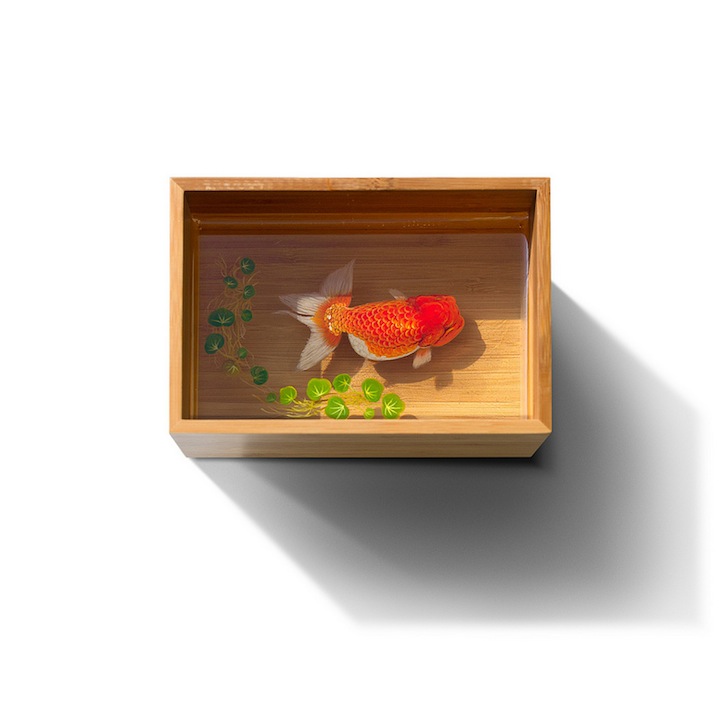