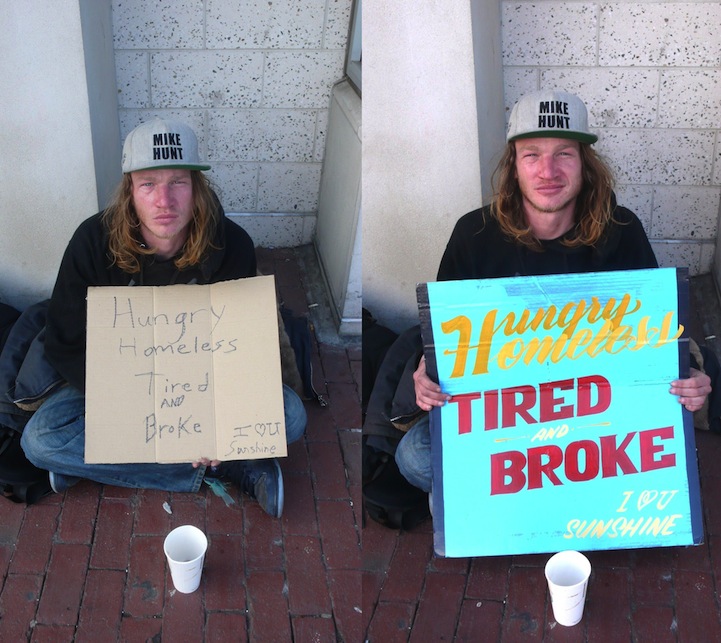 Signs for the Homeless is an art project started by artists Kenji Nakayama and Christopher Hope in an effort to raise awareness about poverty and homelessness around the Boston area. The basic concept behind the ongoing project is that the two artists approach homeless people on the streets who are holding signs and propose an exchange. As their tag line states: “A sign in exchange for donations and a hand painted sign.” Essentially, Nakayama and Hope offer $10 and create hand painted signs for each person they come across.

Having launched a blog in February 2012 (though their first post features a man that was approached in 2010), the duo document their undertaking with a before and after photo of these people they swap signs with along with a brief interview offering some insight into their circumstances. The signs themselves are bright and colorful in an effort to gain attention and feature all of the same text that their old pieces of cardboard had (including any misspellings and grammatical errors).

Ultimately, the goal is to aid these unfortunate people, though the project has raised eyebrows and drawn concerning criticism. The most argued points for a project like this include the exploitation of the homeless and the fact that the new signs may have a negative effect on their ability to receive street donations. Passersby may not take their dire situation seriously with a flashy sign. In fact, some may assume that they are street promoters and never even bother to read their messages. 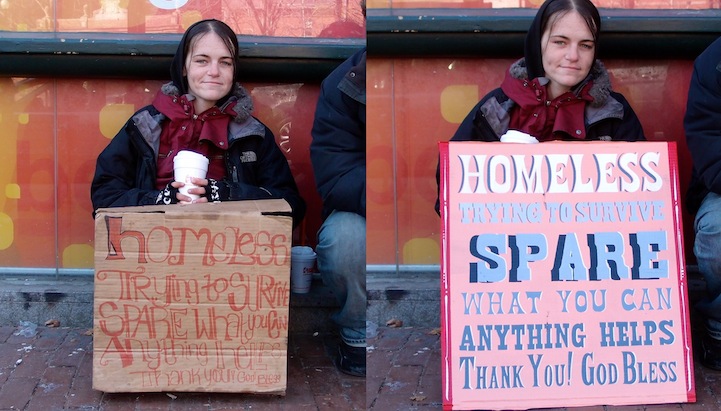 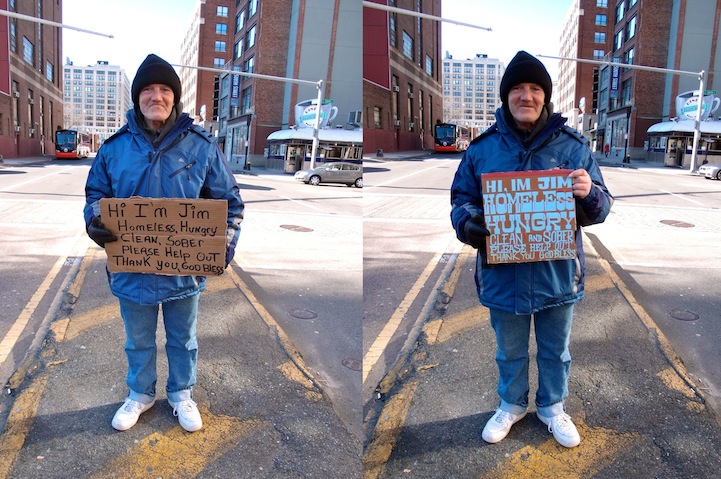 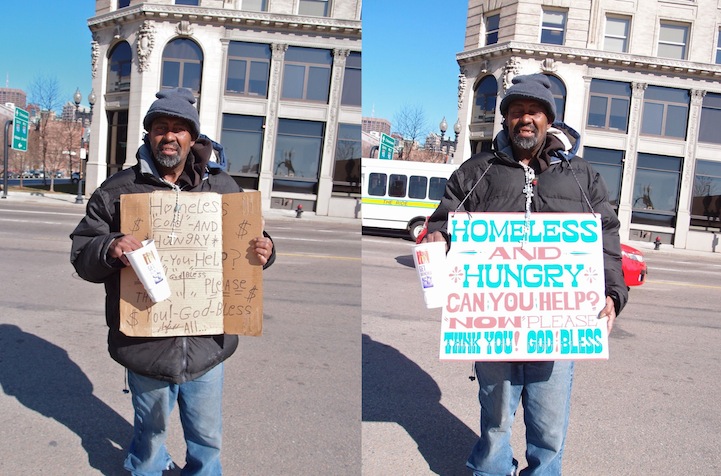 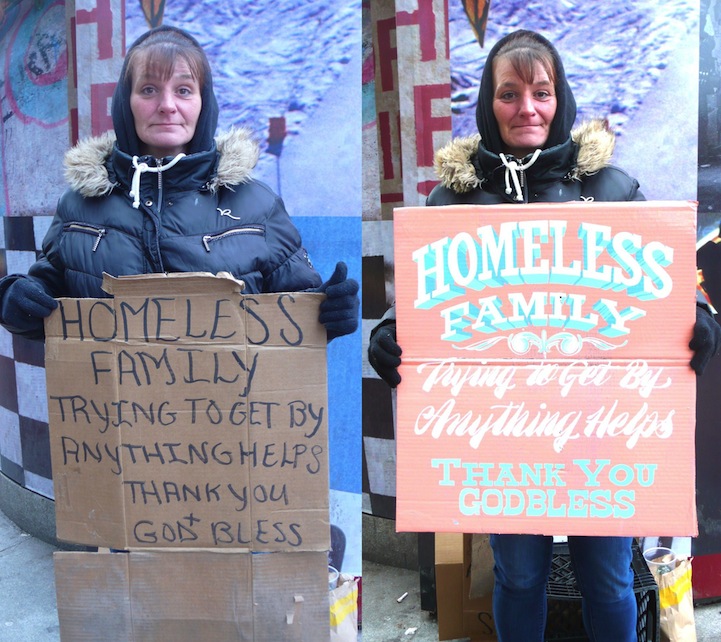 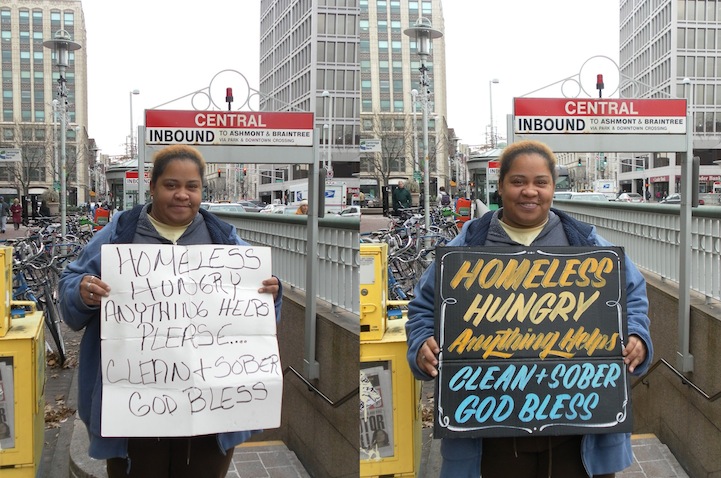 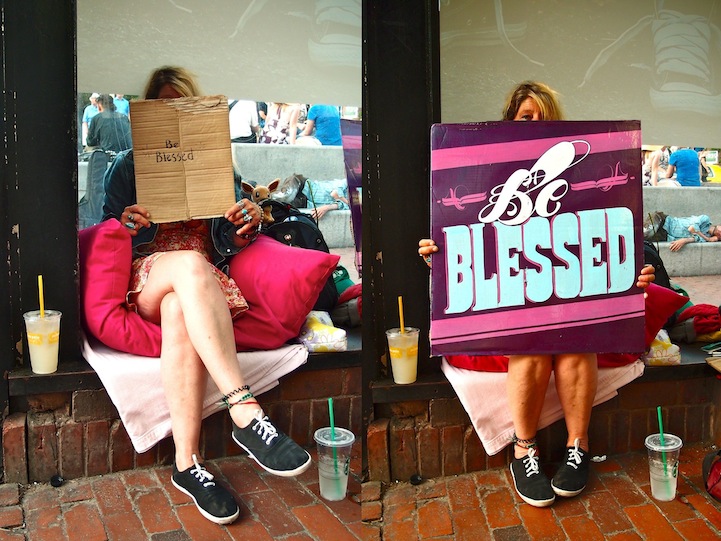 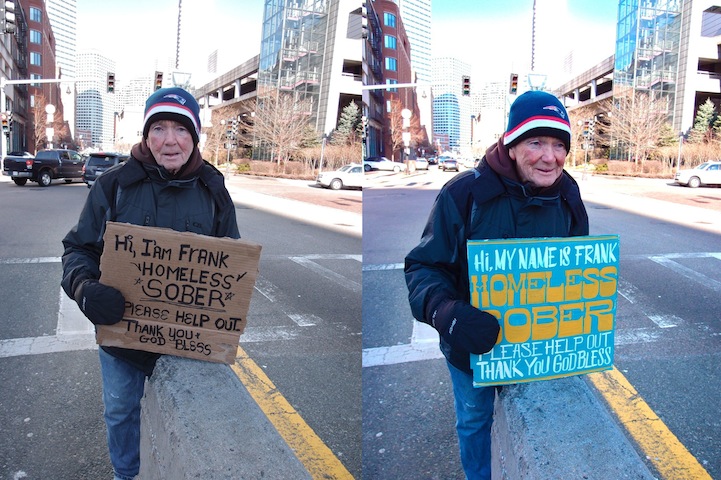 Frank, I-93 off-ramp near South Station 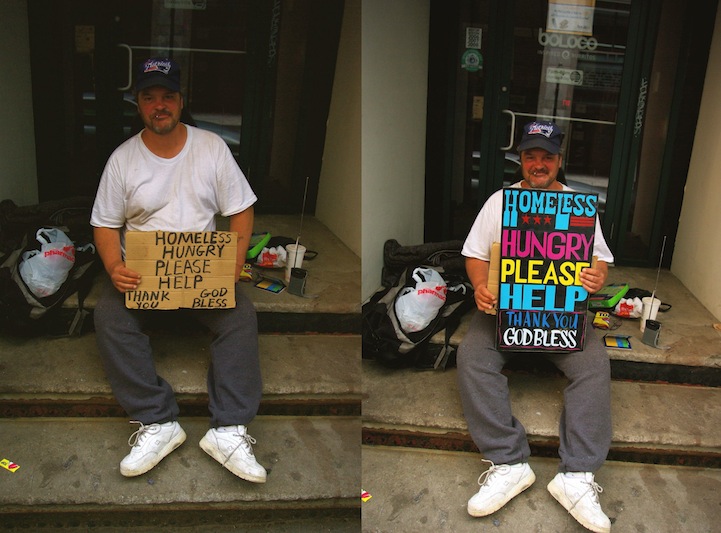 Signs for the Homeless blog
via [izismile]