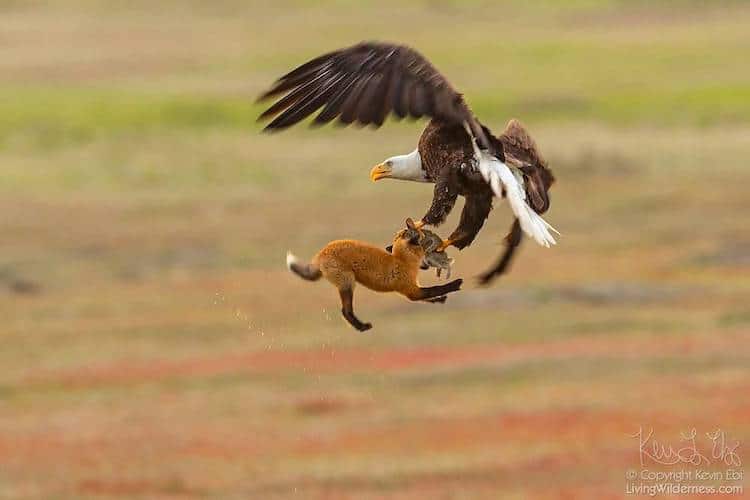 There’s certain wildlife photography that you can’t plan for—it’s the result being in the right place at the right time. When this kismet occurs, however, the images offer incredible displays of the animal kingdom. We recently saw this when photographer Doc Jon captured jaw-dropping bird photography of an osprey that caught a shark that caught a fish. Now, photographer Kevin Ebi has shared a similarly dramatic series of a bald eagle tussling with a red fox over who gets to feast on a rabbit—all of which took place in mid-air.

Ebi describes the rare encounter in great detail on his blog. It happened while he was photographing foxes in San Juan Island National Historical Park on San Juan Island in Washington state. He had spent the day watching about eight kits “play on the prairie” and eventually begin hunting for food. They caught sight of a rabbit and chased it; Ebi thought the rabbit had made it safely to its den, but about 15 minutes later, he saw one red fox carrying it across the field.

“I panned my camera with it to capture the action,” Ebi writes. “Then behind me, I heard the cry of a bald eagle. I turned around and saw it approaching fast. I knew it wanted the rabbit. I intently trained my camera on the fox bracing for a split second of the action.”

Ebi assumed that this conflict would be over and done in no time—the fox would quickly surrender its meal. To his surprise, however, he witnessed an intense struggle as the eagle lifted the fox and rabbit into the sky. The kit fought hard to keep its food, and it swung back and forth trying to wedge the rabbit free. Eventually, the eagle moved the rabbit to its right talon and the fox let go. It was all over in less than 10 seconds.

If you’re worried about how the fox fared in the battle, Ebi reports it was fine. “It shook off the encounter and resumed playing with its fellow kits,” he says. “I took several pictures of it after the ordeal and couldn’t find a single scratch.”

For more of Ebi’s photography, check out his selection of books available through his website.

Kevin Ebi captured a rare moment in his wildlife photography, in which an eagle and fox tussle over a rabbit—in mid-air. 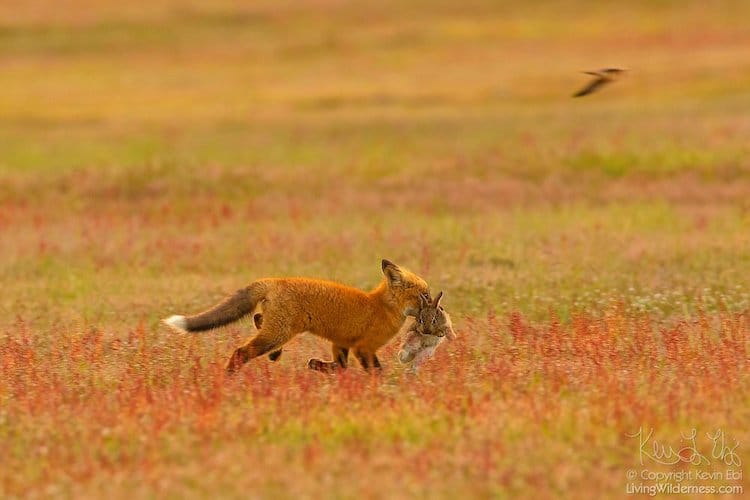 After the fox captured the rabbit, an eagle swooped in to grab it. 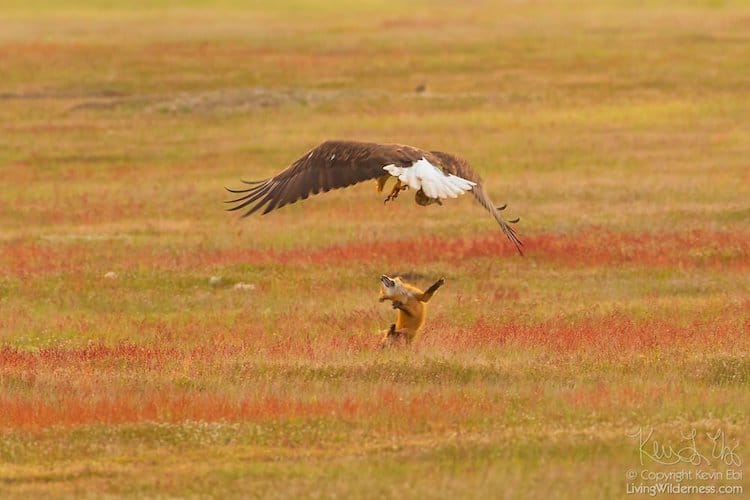 The fox put up a fight… 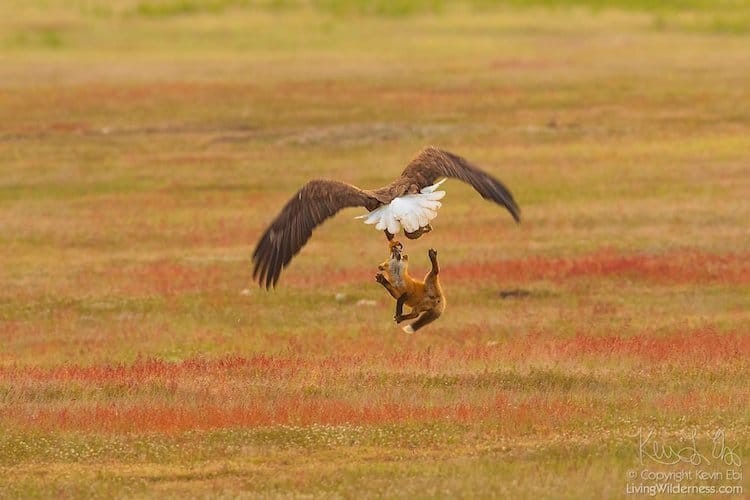 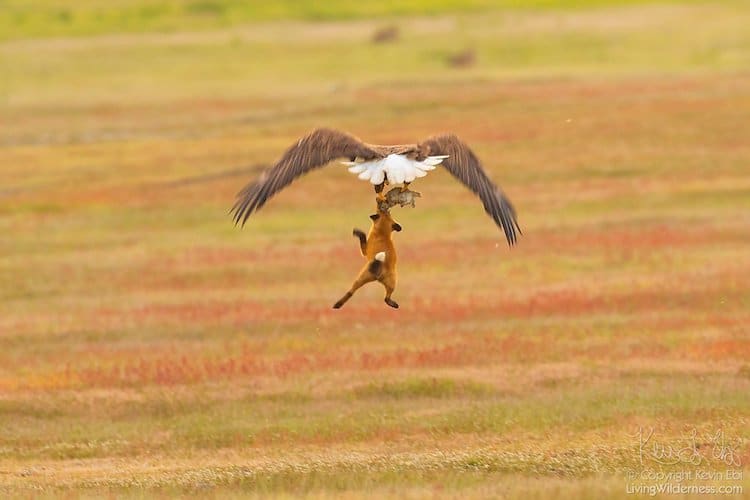 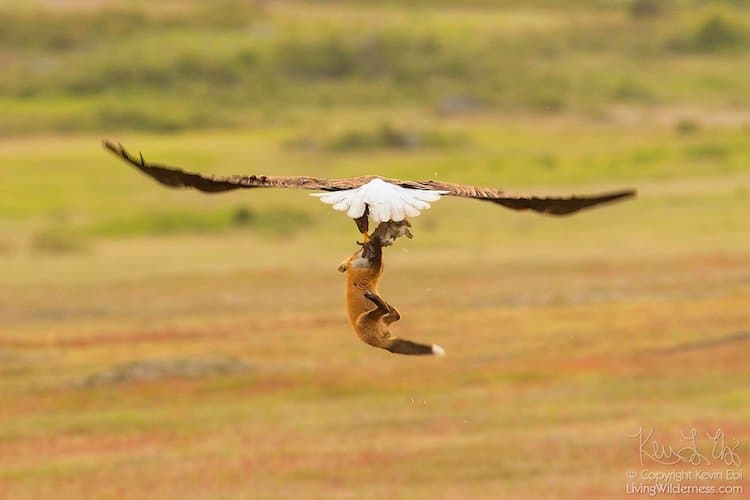 But eventually, the fox let go… 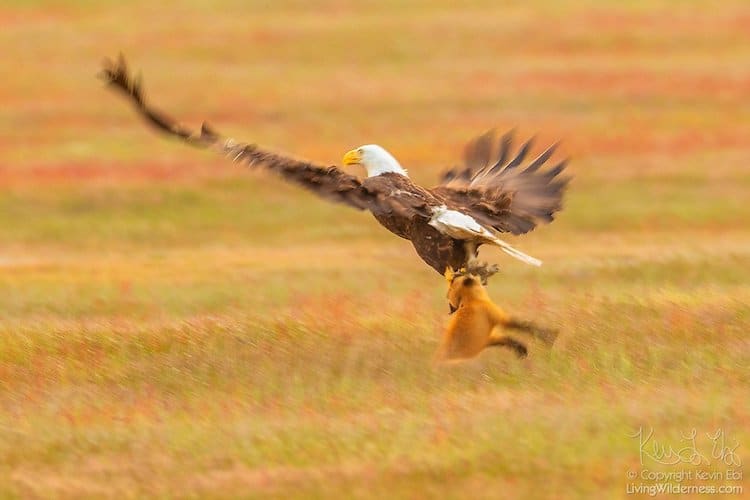 … and landed without a scratch. 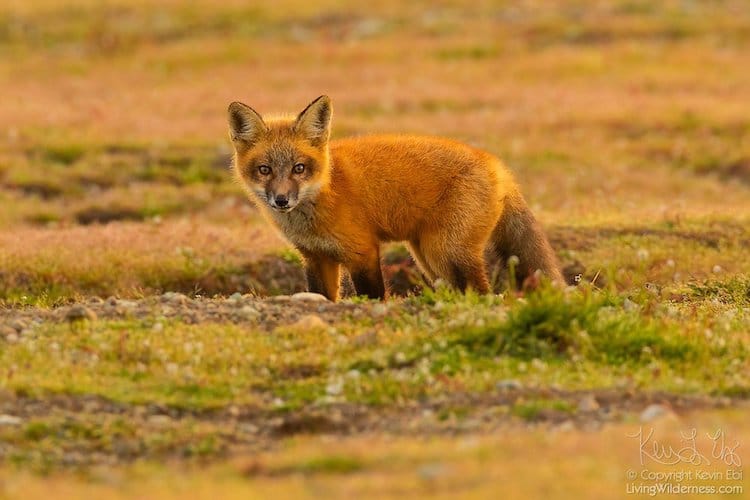 Ebi put together a time-lapse video of the amazing encounter:

My Modern Met granted permission to use photos by Kevin Ebi.

Interview: Exploring the Wonderful World of Wild Foxes in Japan with Hiroki Inoue