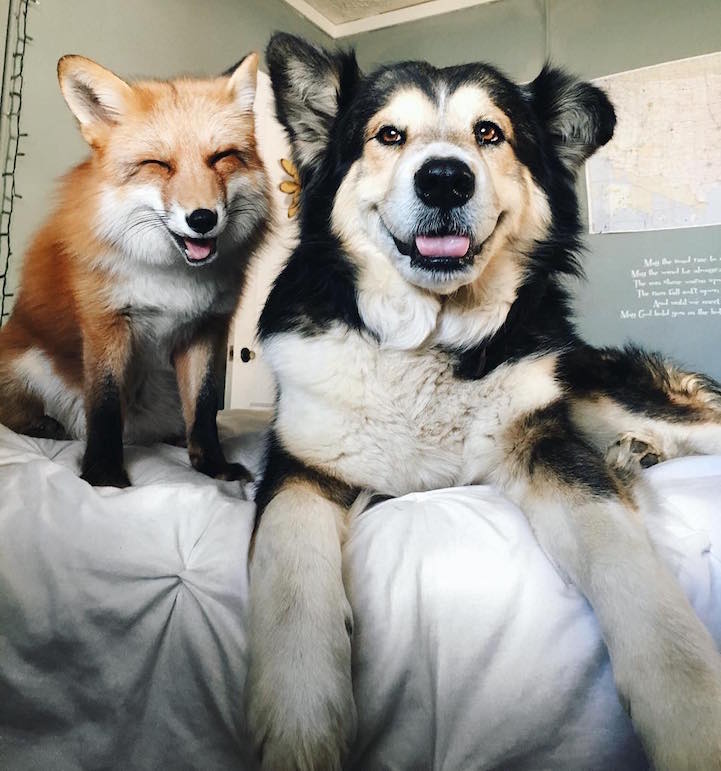 When we first met Juniper, an adorable domesticated fox, she was furiously hopping on a bed thinking it was a pile of snow. After being won over by her charms, we’ve continued to follow her on Instagram, where her human Jessika shares facets of the lively fox's everyday adventures. One constant in Juniper’s life is Moose, an Australian Shepherd Malamute mix that has become her best friend.

Like Juniper, Moose was rescued by Jessika at a very young age. The gentle, smiling canine was introduced to Juniper on her first day home, and they instantly became pals. Now, the two have the type of playful relationship you’d expect from an energetic youngster and more mellow elder. They’re often seen snuggling and wrestling, all of it initiated by the fox. “Juniper is in love with Moose and spends all day trying to get as much of his attention as possible,” their human told Bored Panda.

For Juniper, showing her adoration means that she plants herself on Moose as often as possible. “Foxes put their butts on things they want to own or think is theirs. Moose gets sat on daily. I’ll often walk into the room and see Moose lying down with such a glum look on his face while Juniper is there just sitting in this head smiling.” 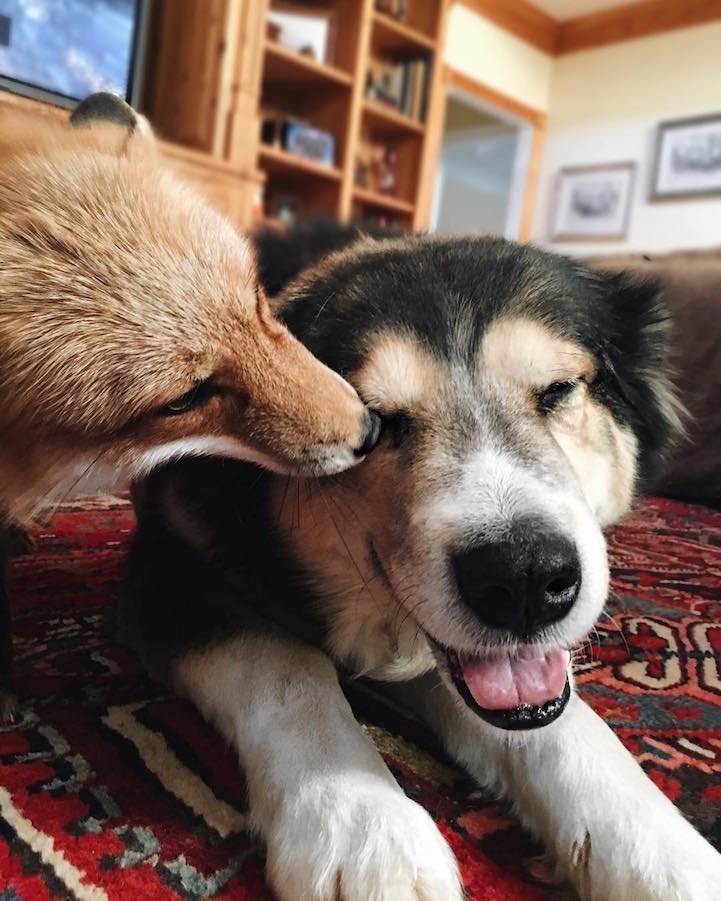 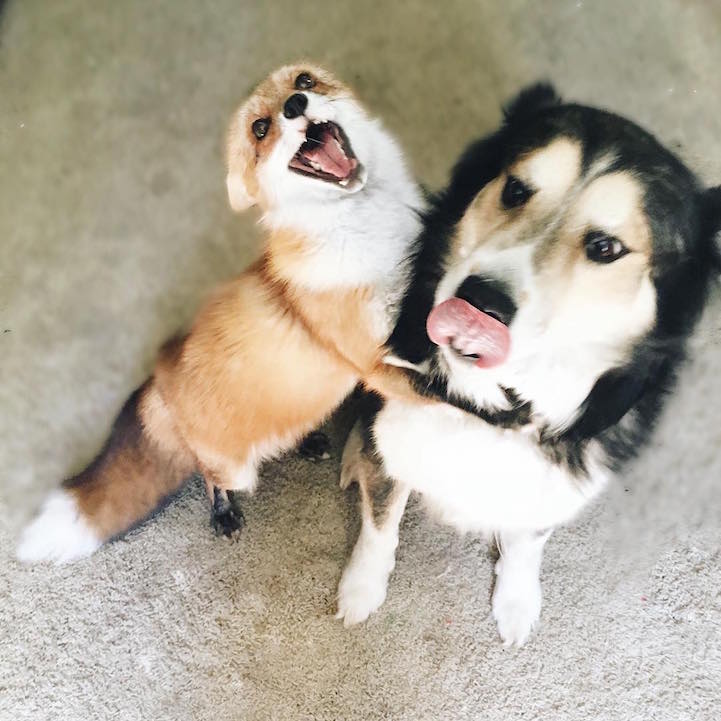 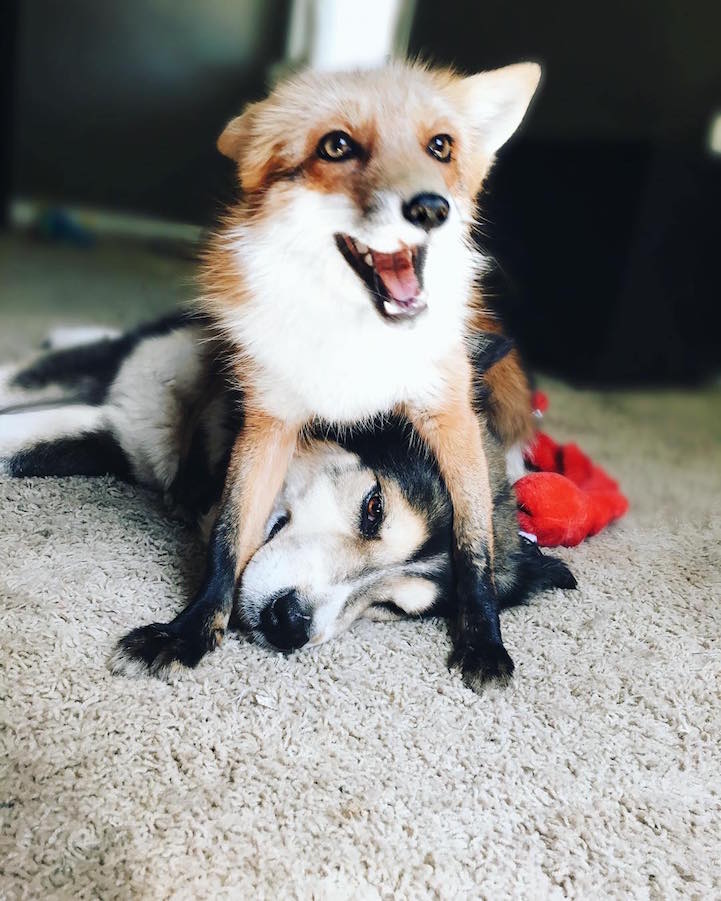 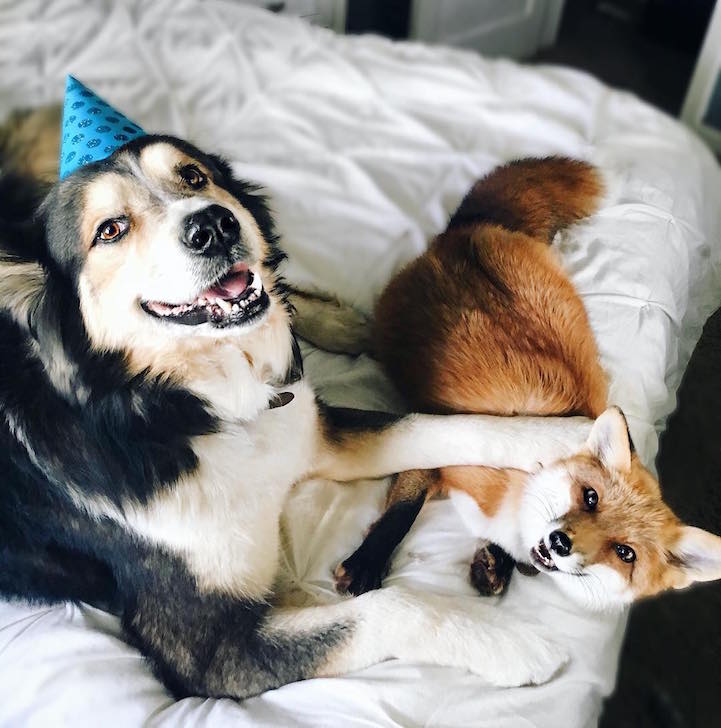 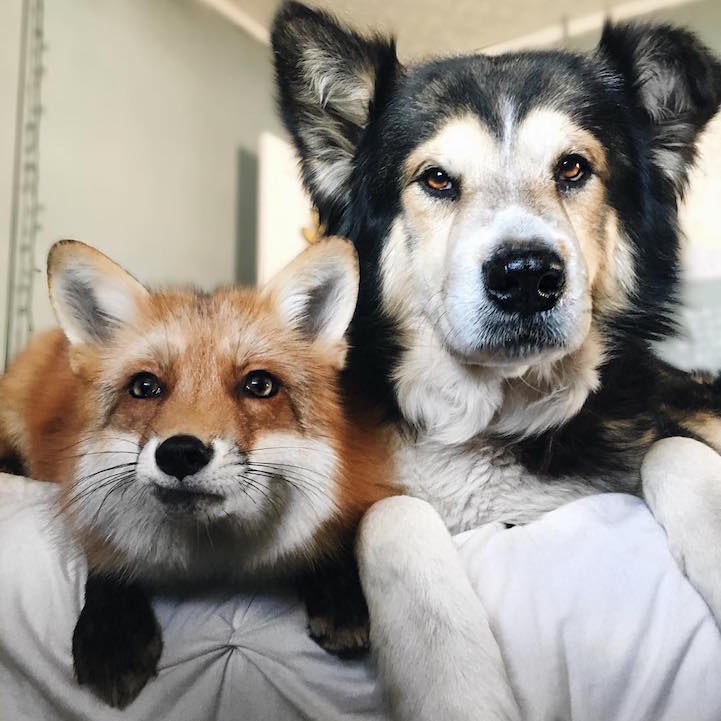 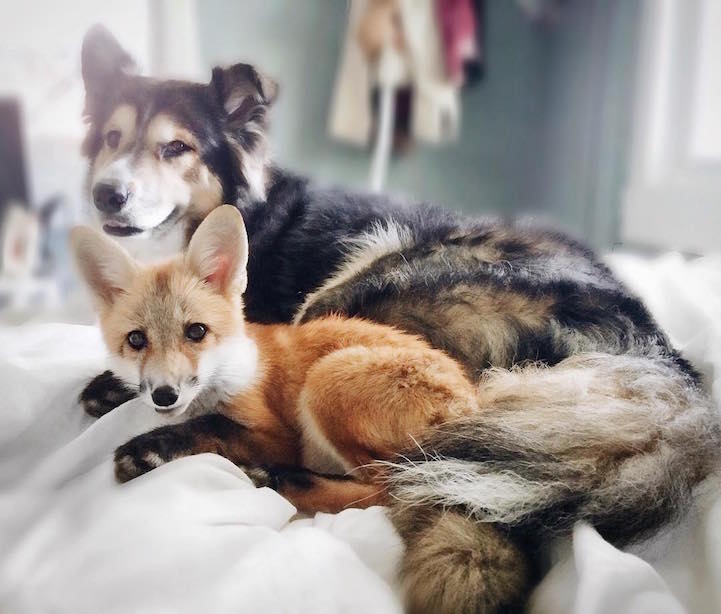 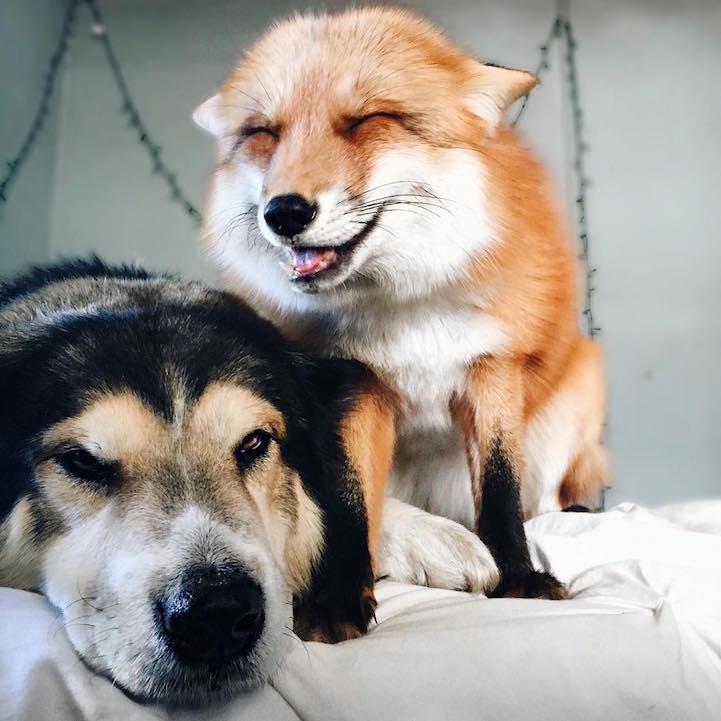 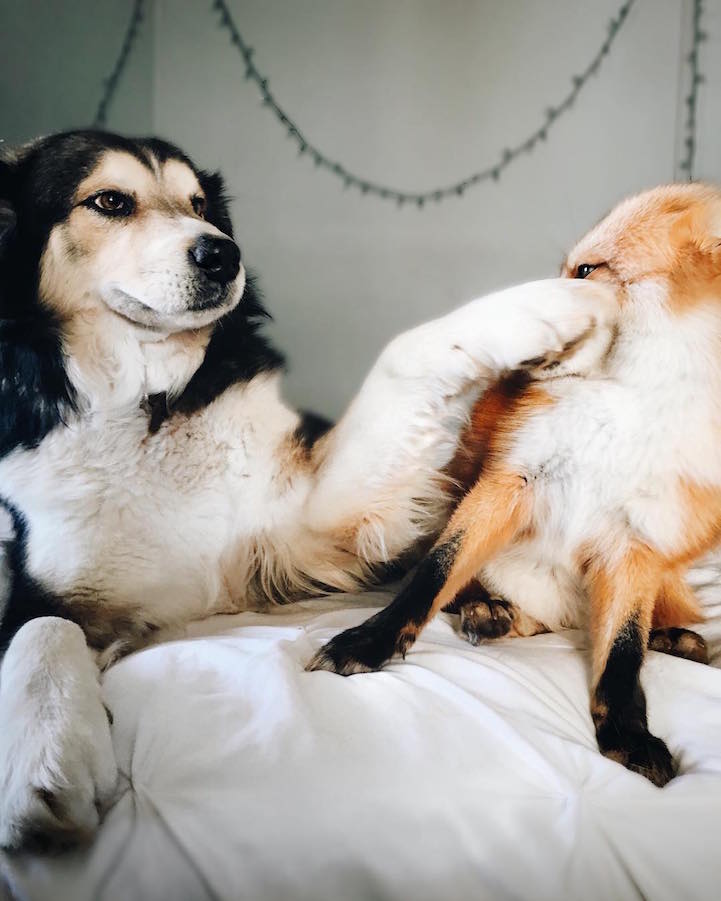 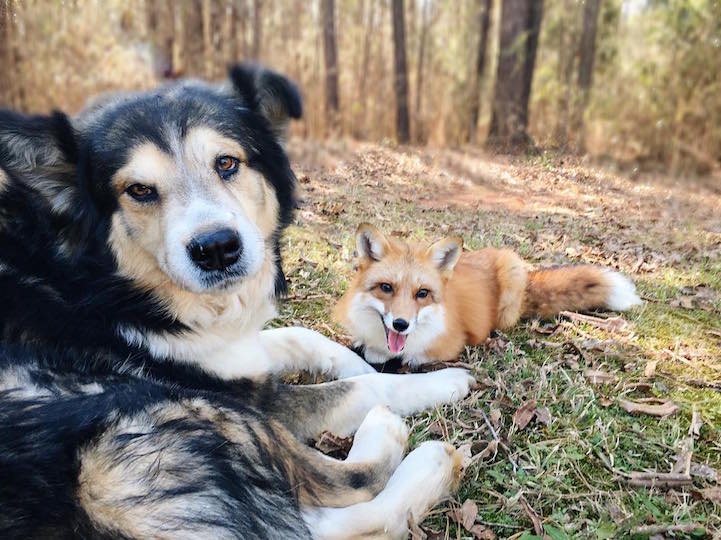 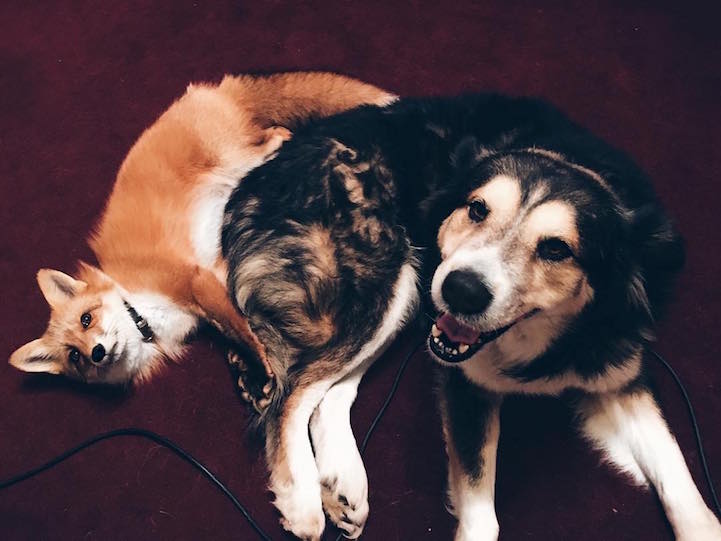