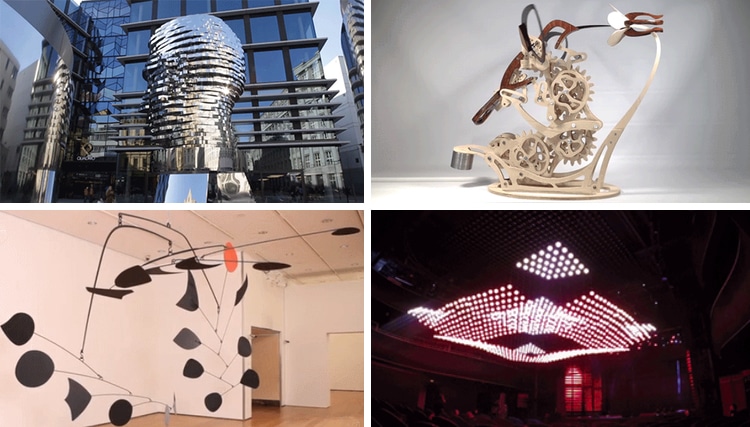 Art that contains movement perceivable by the viewer or that relies on motion for its effect—this is the definition of kinetic art. While the definition explains the practical notion, it doesn't emphasize the hypnotic capabilities of the artform. And though it comprises any medium, it's actually kinetic sculpture that most comes to mind when thinking of the genre.

So where did kinetic sculpture get its start? Believe it or not, the earliest traces are owed to Impressionists like Monet and Degas who tried to express human movement in their paintings. But it was actually during the first half of the 20th century, when artists like Alexandre Calder experimented with mobiles, solidifying the birth of kinetic sculpture.

While we often think of motion driven artwork as the only examples of the art from, in reality, kinetic art can be divided into two categories. In the 1950s the term “apparent movement” was coined by art historians to encompass any sculptural artwork with moving parts. Instead, Op Art is used to describe kinetic art that relies on perceivable movement through optical illusion.

At either end of the kinetic spectrum, mathematic principles are paramount to the success of the art. After an explosion in the 1960s, artists working in the field continue to push boundaries. Whether powered by electricity or natural elements, formed from wood or LED lights, kinetic art is constantly challenging our perceptions. Get ready for a crash course in the development of kinetic art.

The movement owes its name to Naum Gabo, an early 20th-century artist who dubbed his sculptures “kinetic rhythms.” 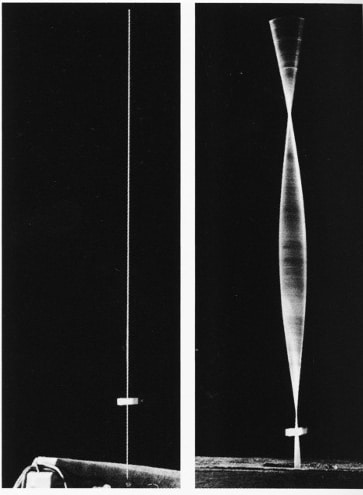 Many consider Duchamp's Bicycle Wheel the first piece of kinetic sculpture due to its spinning wheel. 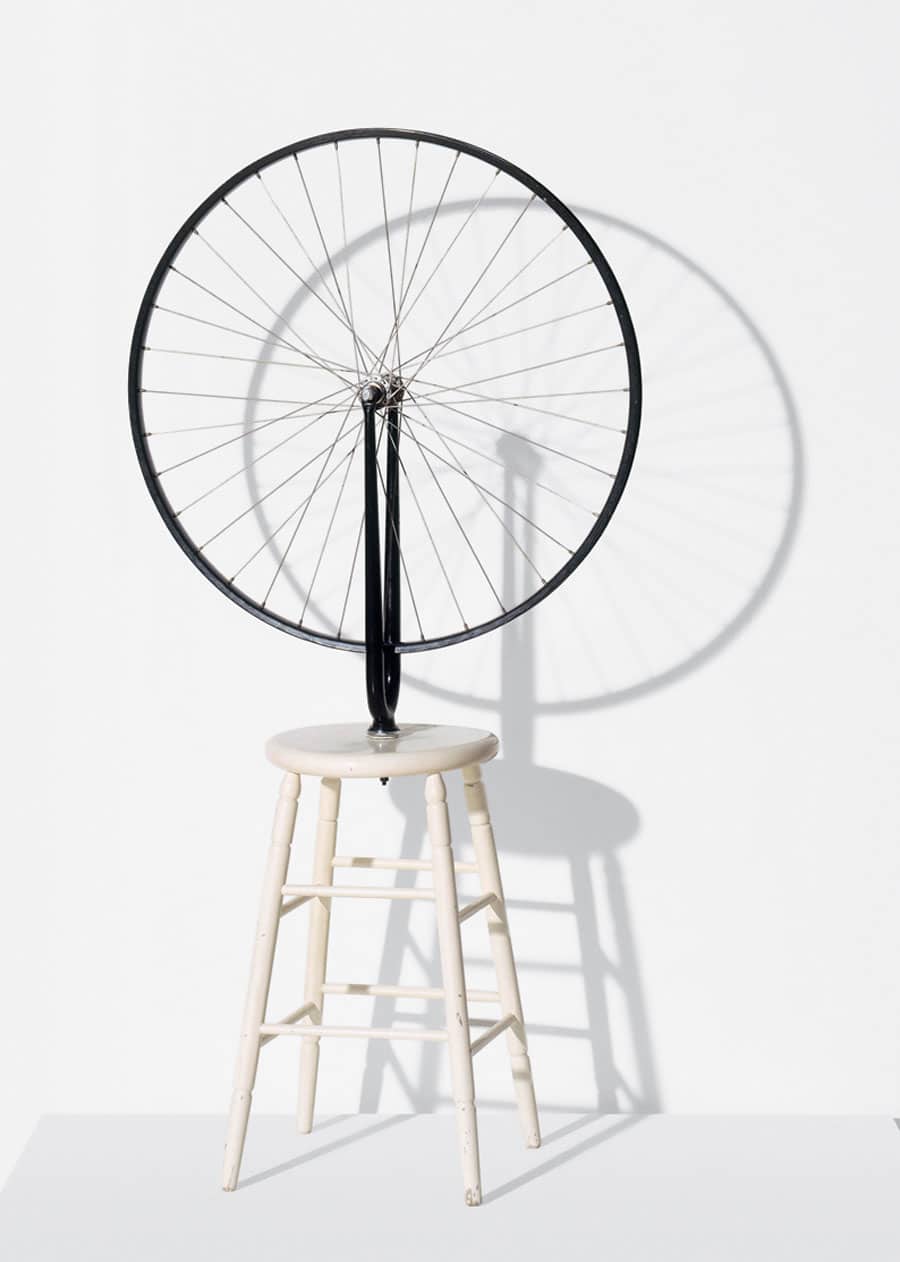 Alexandre Calder began making his mobiles in the 1930s. His work first used motorized or hand-cranked mechanisms, but then evolved to rely only on air for movement.

Swiss artist Jean Tinguely (1925 – 1991) was a pioneer in the field—known for creating sculptural machines.

Now, artists are often commissioned by corporations looking to enhance their headquarters.

While other artists use mechanical parts or computer programs to force movement.

As kinetic sculpture continues to evolve, artists are always innovating what the artform means. This LED chandelier in St. Petersburg is meant to mimic a jellyfish.

Interested in kinetic art? Share
Like My Modern Met on Facebook
Get Our Weekly Newsletter
Become a
My Modern Met Member
As a member, you'll join us in our effort to support the arts.
Become a Member
Explore member benefits