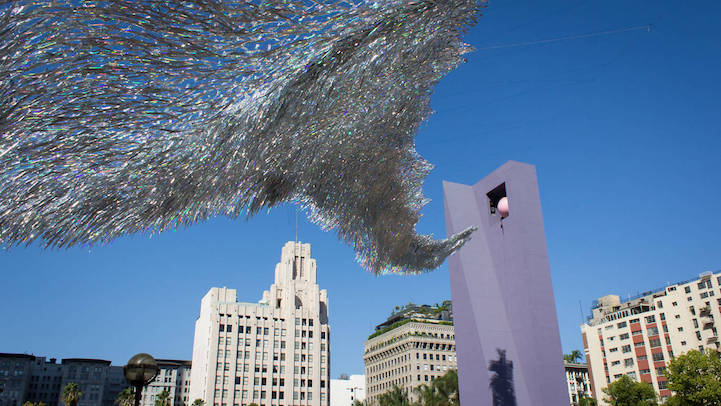 This dazzling new installation is bringing much-needed magic to a stark concrete park in Los Angeles. The two-layered silver canopy comprises 15,000 square feet of filmy mylar strips, between 15 and 115 feet above the city’s populated Pershing Square. The silver filaments undulate overhead, glimmering in the sunlight and casting dappled, dancing shadows below viewers’ feet.

An instant hit among both locals and visitors, the installation is titled Liquid Shard, a fitting reference to both its glint and its fluidity. The design was developed by Patrick Shearn, owner of Poetic Kinetics, an LA-based studio that specializes in large-scale, experimental art pieces that are often spotted at music festivals like Coachella. His work is informed by animatronics and construction skills, but inspired by natural wonder. He describes “this constant feeling that there’s a lot going on that we don’t understand and we aren’t aware of…You feel ripple of wind on your skin, and the scale of it feels small. But when you see this piece, you’re brought to an understanding of bigger motion around you.”

To create the mesmerizing masterpiece, Shearn collaborated with Architectural Association Visiting School, a ten-day workshop allowing international students ranging from 18 to 22 years old to explore technology, engineering, architecture, and entertainment through unique kinetic art. The project was also supported by Now Art LA, a public art organization that aims to bring more aesthetic displays to the gritty city. Together, the team used 3-D computer modeling to plan Liquid Shard’s layout, then assembled the thousands of metallic mylar ribbons by attaching them to a lattice of fiber rope and bungee cords.

The final display transforms the urban atmosphere, with its gentle ripples offering a soothing contrast to the bustling surroundings. Though originally intended to run through August 11th, it may remain for longer—Kevin Regan, the Assistant General Manager of the Recreation and Parks Department, has proposed an extension, since the installation has been so broadly celebrated and enjoyed on Instagram and in person.

Above image via Michael Juliano 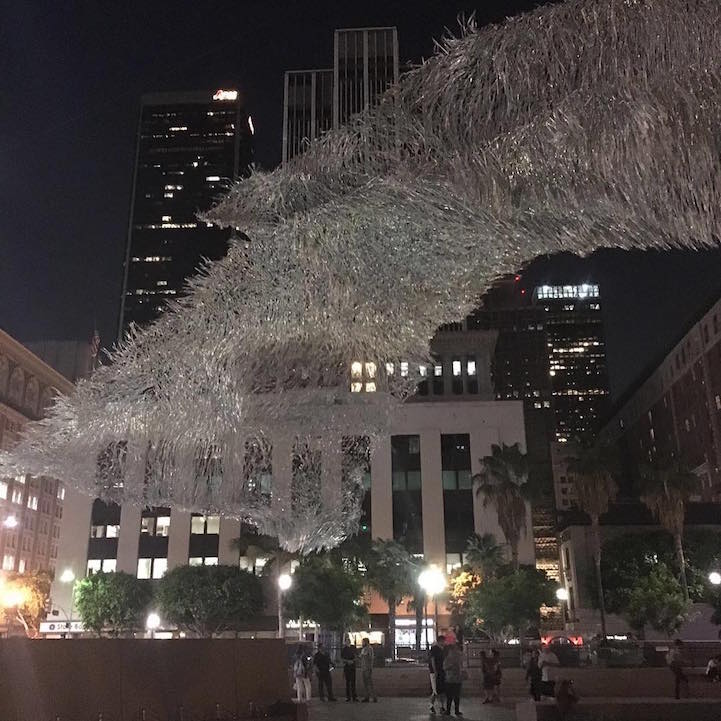 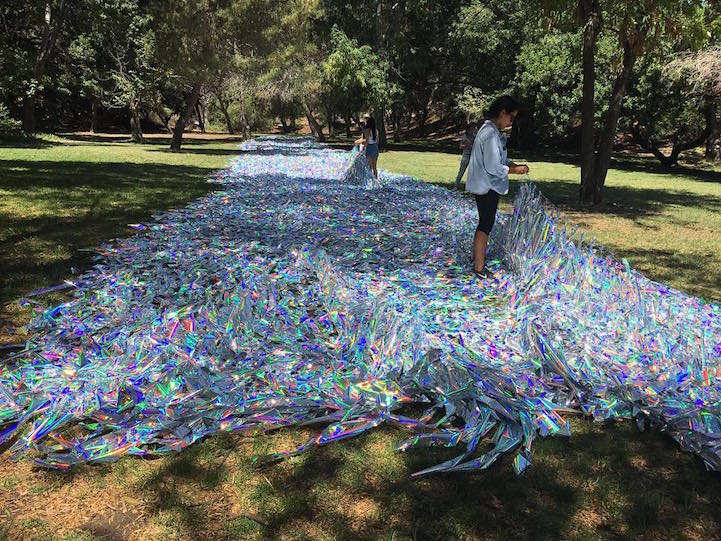 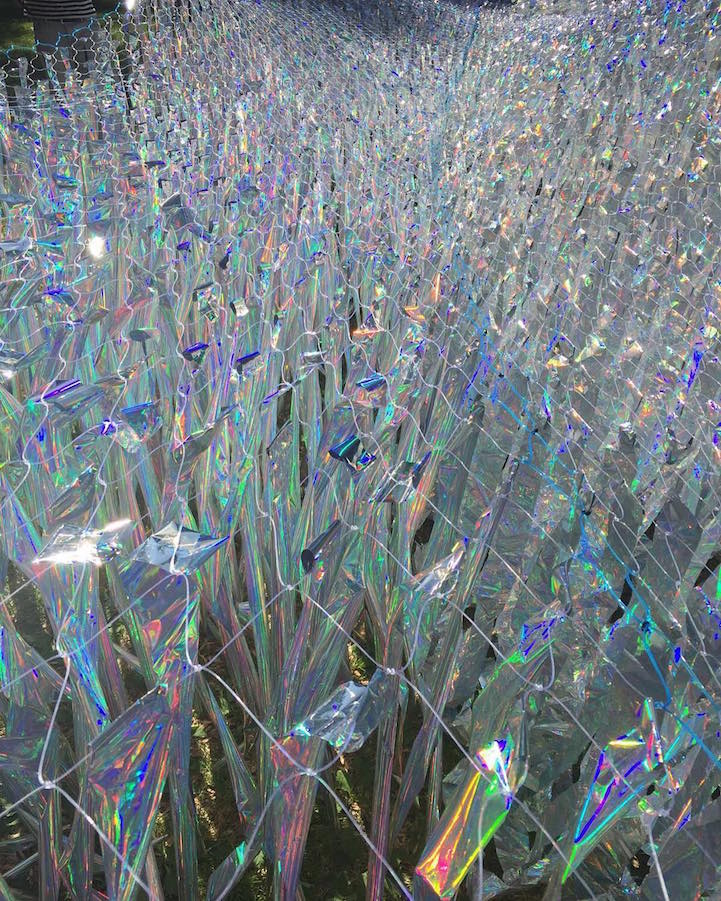 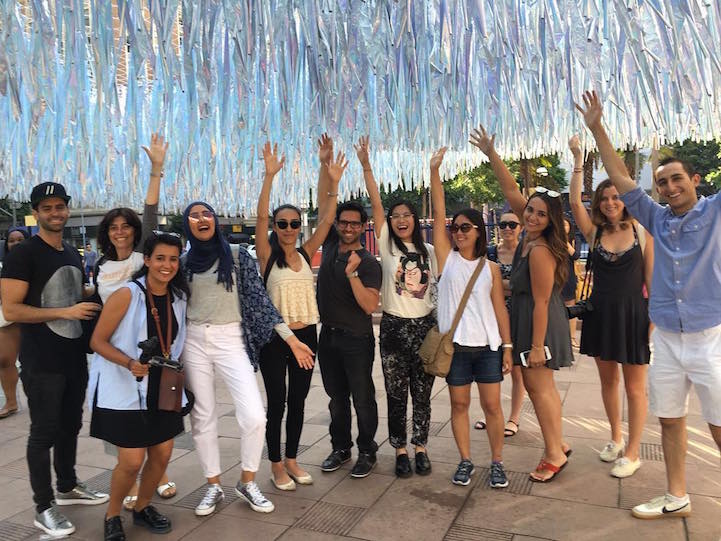 All images via Architectural Association Visiting School unless otherwise stated.